Title track ‘Sports‘ was the first single to be released from the new album, followed by the agitated, dark and brooding ‘Bad Rockets’. Produced in Iceland by Nick Zinner of the Yeah Yeah Yeahs, this latest LP sees Fufanu return with a palpable sense of urgency and a fresh spin on their dark, new-wave-esq electronic-driven post-punk.

The Reykjavik-based group previously operated as Captain Fufanu, making obscure techno music and bewildering audiences, but lead singer Kaktus’ brief stint living in London and working with Damon Albarn on his seminal solo album ‘Everyday Robots’ moved the musician to incorporate live instruments and expressive lyrics into his music. Fufanu was re-born – a band with a riotous and guitar-led sound that was oddly born out of electronic beginnings rather than the other way around, as is more common.

Check out their top 10 inspirational live performances (in no particular order).

“There’s something really badass about this wall of Fender amps and the three girls on the stage there.”

“Really intense performance. Every member of the band seem to be lost in their own world. Nick Cave walking on the stage like a preacher screaming ‘I am a King.’”

“Everything about this performance is kind of too perfect to be true. Could be a scene in a David Lynch movie.”

“They stand there almost still the whole time and still look way better than anybody else.”

“Without these guys, we wouldn’t have any good bands today. RIP Alan Vega.”

“Iggy goes totally crazy in that one, jumps into the crowd and ends up standing on the crowd.”

“Tangerine dream playing with bunch of synths in a huge cathedral is a real epic shit.”

“The German hippies seem bit more interesting than the American ones.”

“Looks like a great party with loads of smiley faces and naked people on the stage.”

“These guys used to be in the US army in Germany and formed The Monks. This performance shows that they were truly one of the most interesting bands of the ‘60s.”

Catch Fufanu live in East London this eve at Kamio, or at Brighton’s Green Door Store this Thursday.

Sports is out now via One Little Indian and available to buy or stream HERE. 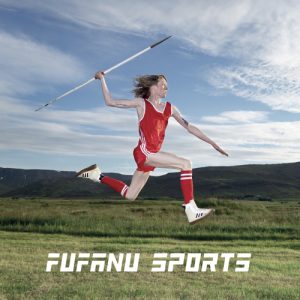