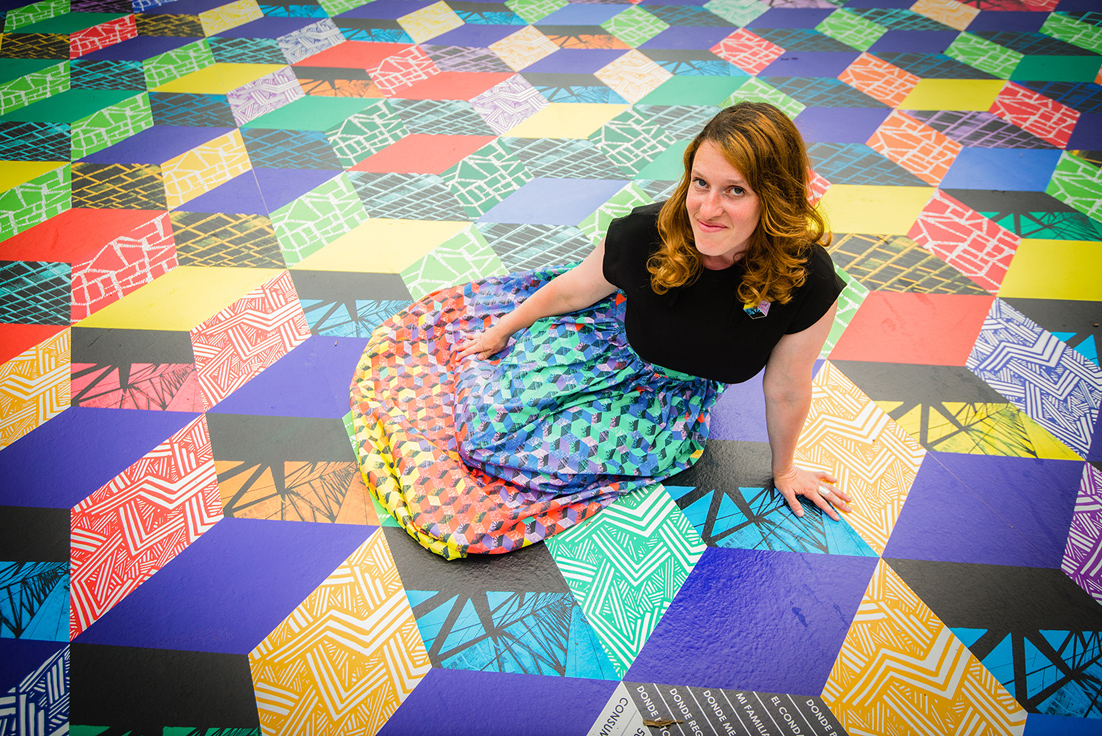 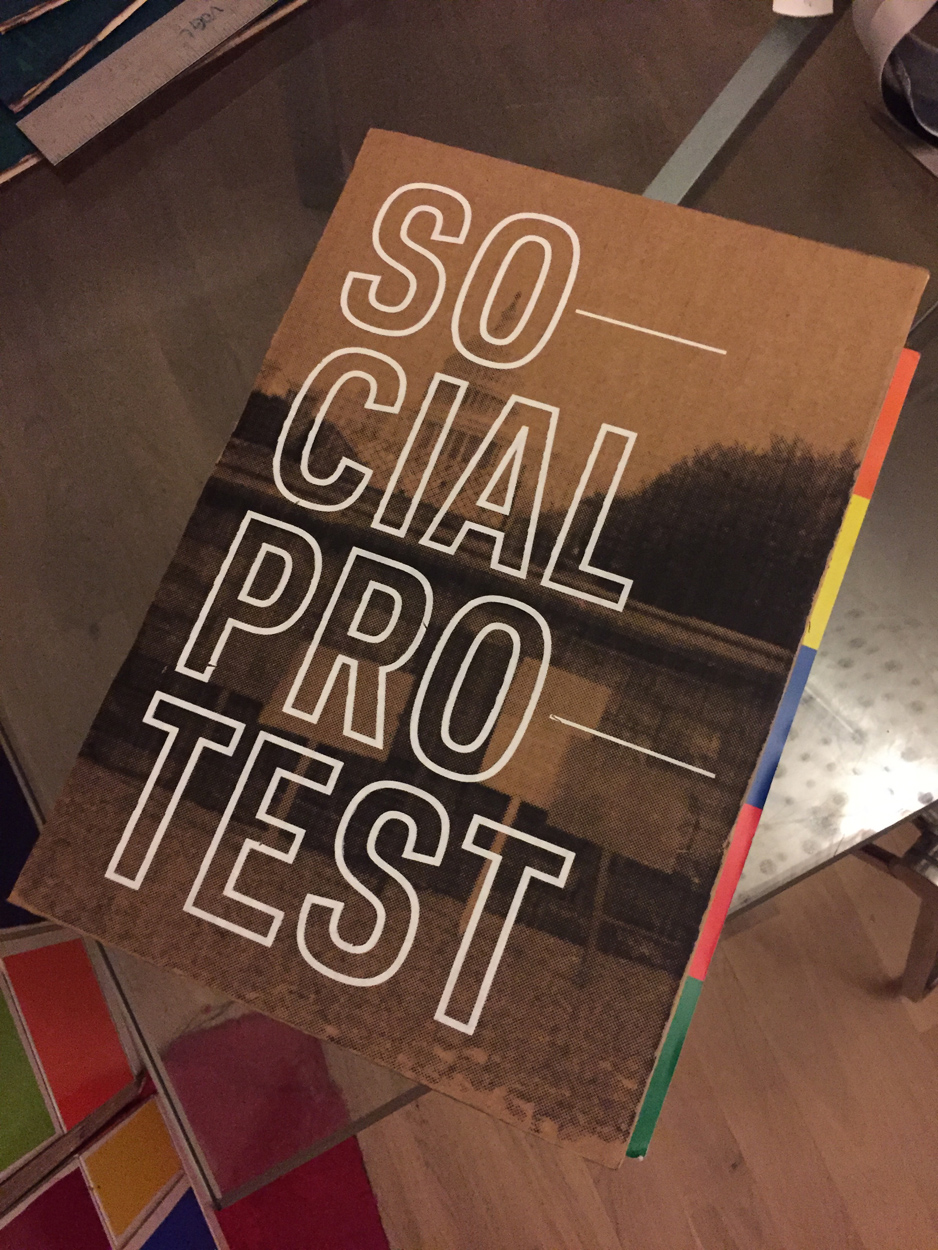 Stand In for Social Protest by Julia Vogl 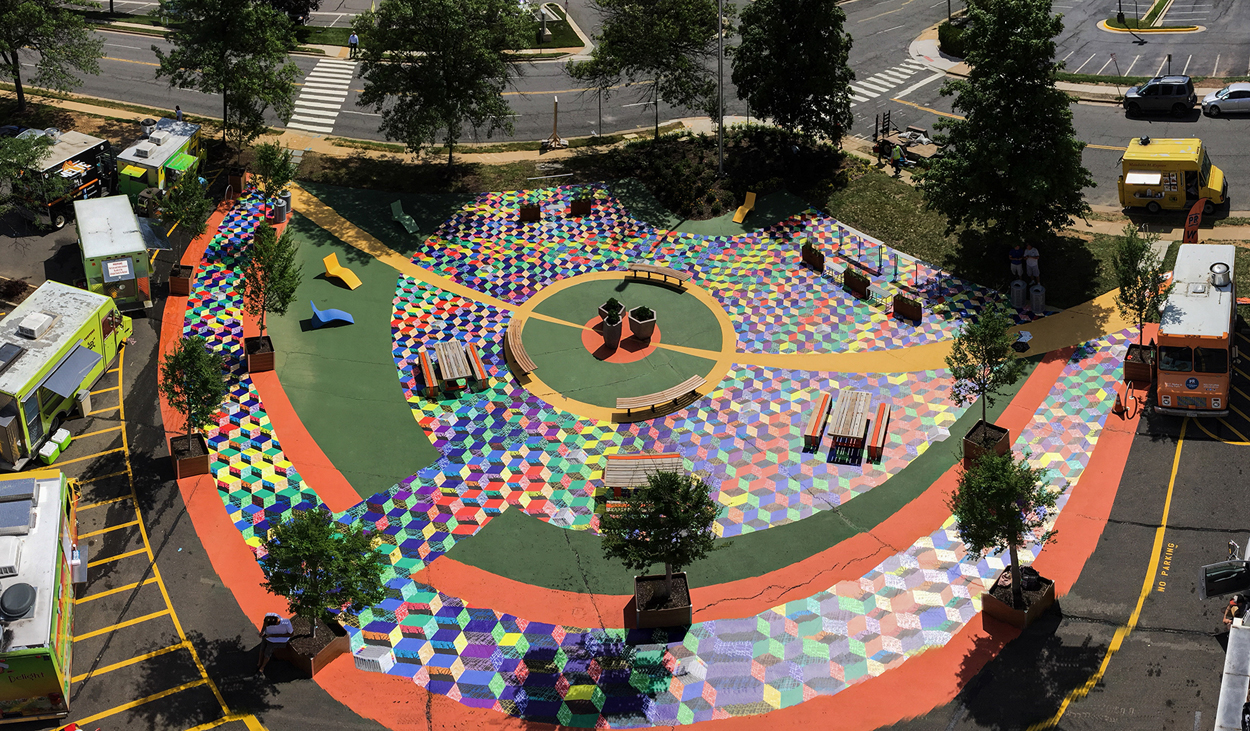 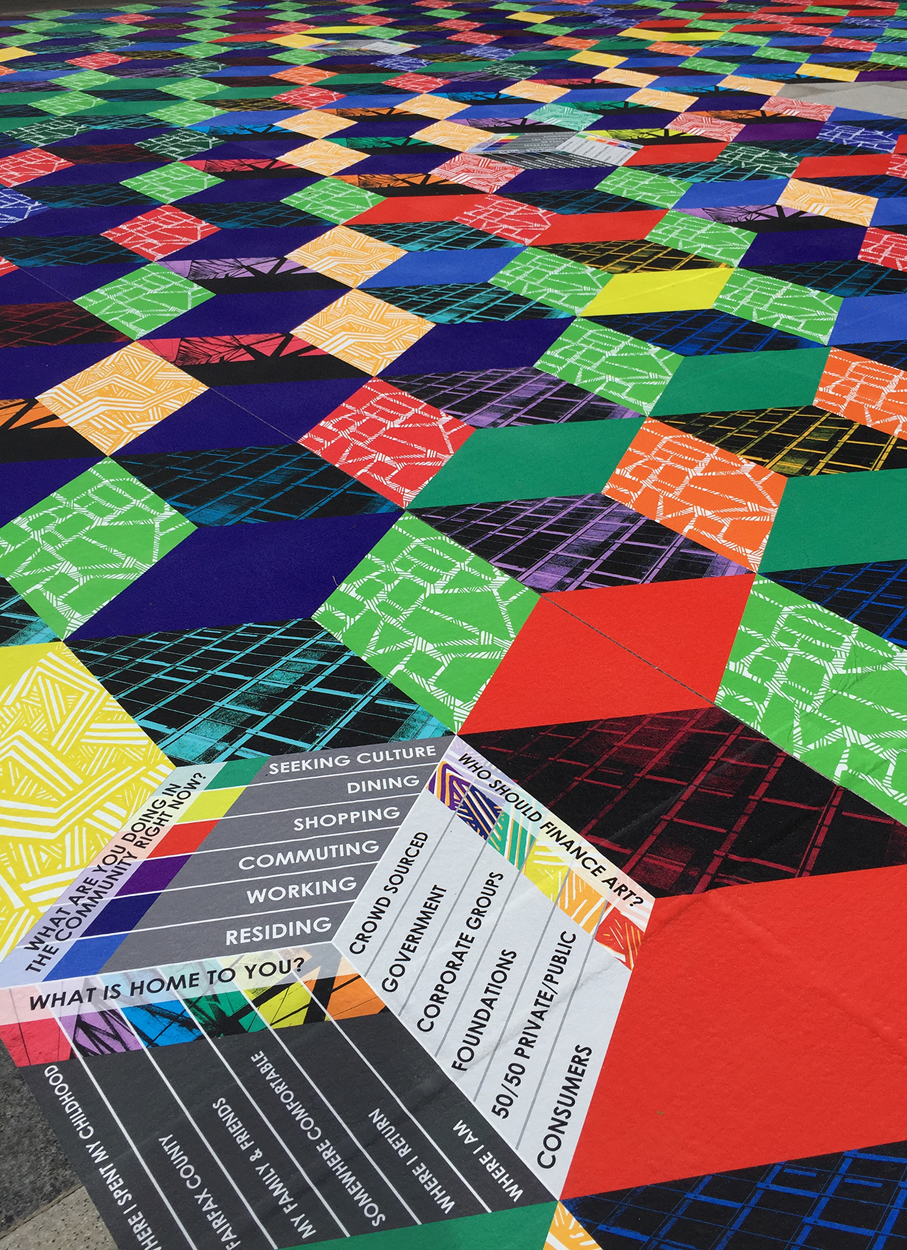 Full-time artist, Julia Vogl, moved to our capital seven years ago to attend the Slade School of Art at University College London. She mostly spends her time engaging with different communities in the public realm and conducting workshops and large scale public art installations, “I am trying to put the public back into public art.”

What was your dream career as a child, and does it relates in any way to what you do now?

I mean, my love of Lego and drawing on any surface would indicate a penchant for art from an early age. Yet I think my first dream job, that I still would be up for, is running a radio show. I have incorporated storytelling and even some radio sequences in my work – and at the core of my art is connecting with people and communities – just not usually over airwaves. Although my project, HOME, in Peckham in 2012 where I recorded 700+ interviews with residents ended up in a four part radio sequence on Resonance FM.

I have a manifesto that guides the work I am interested in making – and that sort has shaped my career path:

I studied art and politics at Oberlin College in Ohio. I didn’t have the courage to dream of being an artist when I started there, but after four years, and being in the honours program for fine art, I could think of nothing else. I moved to NYC and worked as an arts administrator for Public Art For Public Schools. It was an agency part of NYC government School Construction Authority/Department of Education and Cultural Affairs.

Basically, I worked with cool artists like Tony Oursler, Sarah Sze, Paula Scher, Art Spielgman, even Laurence Weiner and many others on a daily basis. I made their visions become permanent public art in schools in NYC. I got the confidence to go back to school and try and be an artist, not just an administrator. So when I got into the Slade School of Art, I moved to London. I became dedicated to making public art. My administrative skills had prepared me for negotiations, proposal writing, grant applications and working with bureaucrats. All those skills became essential for making some massive work in grad school. 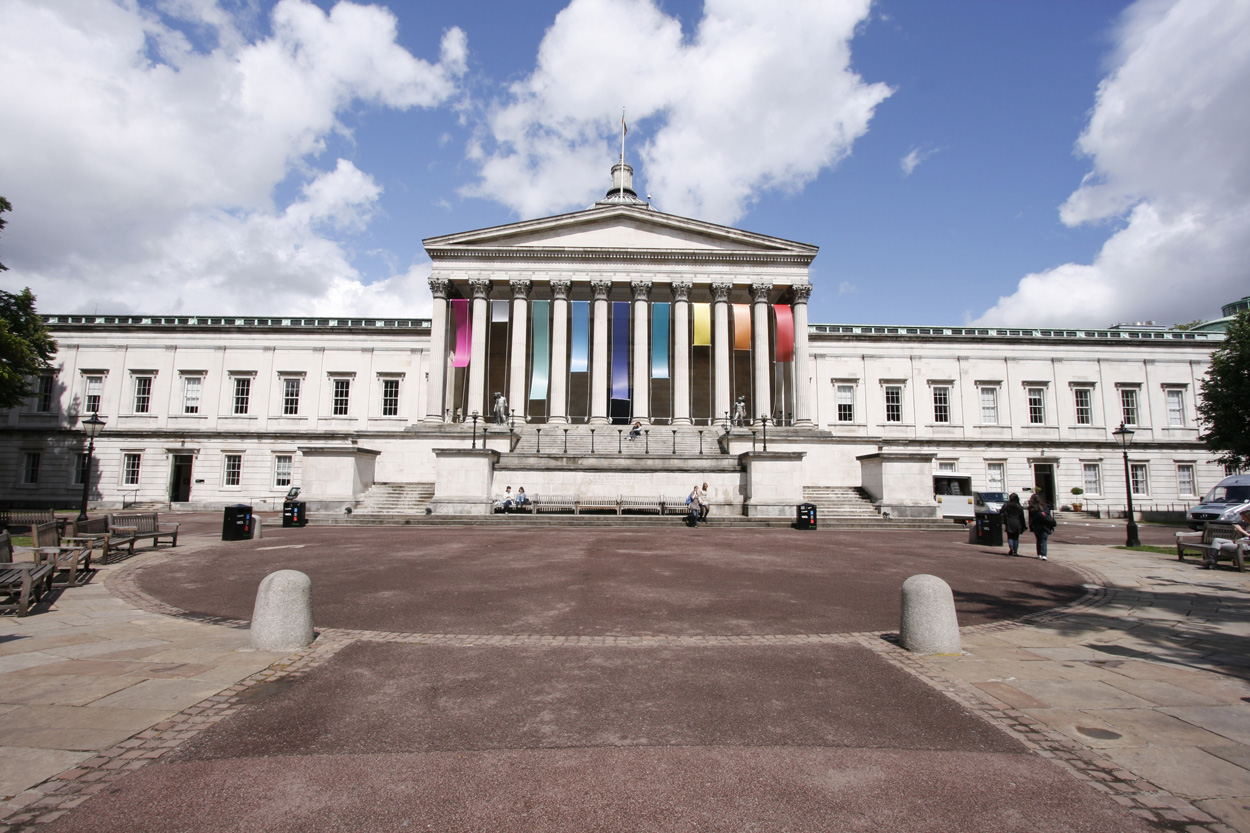 They shaped a portfolio that won me some recognition. I was in the New Sensations show, won the Aesthetica Art Prize, Catlin Art Prize and also failed to get a ton of other things – that strengthened me to lead my own path. I had a gallery for 15 minutes, after they folded I became my own representation – applying for lots of things and trying to raise money to make my own projects in the public realm.

I have made art in a few schools, in parks, on a car, on a car park, library, former prison, on bins, in a cemetery, an office lobby, mortuary, and even on side of a block of flats.

Really, everyday is different. I work on several projects simultaneously, from day workshops in South London to two year long £100K projects in Virginia. I am much calmer than I was three years ago, about living life not knowing what is next, it means I am ready for anything. When I am not totally sure what is next and feeling down, my dad just tells me to tell the world I am working on my retrospective. Stay tuned!

After three years of work I am really excited to be making public my labour of love, Social Protest! The self-initiated project was my aim to investigate if protest is powerful or pointless. I interviewed 457 people, in 31 locations, in eight countries, using five coloured blank protest signs in one year. Now all that data, performance, photography is in one book. The book is no ordinary book; it’s a sculpture, a limited edition experience. The cover is removable to act as a protest sign, and comes with postcards for folks to share their protests with the world. It is sort of a political project but it’s also really fun, people are protesting everything from War to the impossibility to own a penguin. I am running a Kickstarter campaign, like a pre-sale of the book, to raise funds to print it! Read more HERE.

PEOPLE! And anything else. At a fashion forecasting company I used 1440 yards of shoelace. In Newcastle at the Discovery Museum I converted 2000 recycled plastic bottles into a chandelier. I have worked with steel, glass, wood, flags, buttons, carpet tiles, yarn, vinyl – I use a lot of vinyl, and so much more. I will say I also have a drawing and printmaking practice, and am partial to silk-screening. I have been translating some of my designs into digital prints on fabric, dipping into the fashion world.

Link us to something you created…

This is Tysons Tiles commissioned by Fairfax Arts Council. It’s a 6000 square foot ground mural. It was made in collaboration with 1000 citizens of Fairfax, Virginia in the USA. The project is a survey of the community and their relationship to home, culture, Fairfax and humour. I built a trolley and worked with INADEV to develop an app, and toured 20+ locations across the area, engaging with individuals to play on the app, make a pin they could wear, and then used the data to create a giant floor mural.

Participants could come back and find their pin as a tile on the ground. It reflected the individual, the community and was a data visualization of who is Fairfax today. It also just made a corner of a parking lot way nicer, and a destination for people to hang out.  The video does a better job explain the complexity of the project.

Why did I choose this project – it is a clear articulation of the type of art that I want to continue to make, fusing community, design and architecture of site. It’s a pretty epic scale of a project too.

That is so hard, I have had incredible opportunities to work with communities that were in dire need of connecting and art, and also sharing their story. My work enabled that, and that was incredibly rewarding. My work with London Brain Project has been incredible. I have been able to work with people with Neurological conditions and neuroscientists and translate their seemingly invisible condition into installations. That collaboration has taught me a lot and given me a whole new understanding of the brain and the human condition. 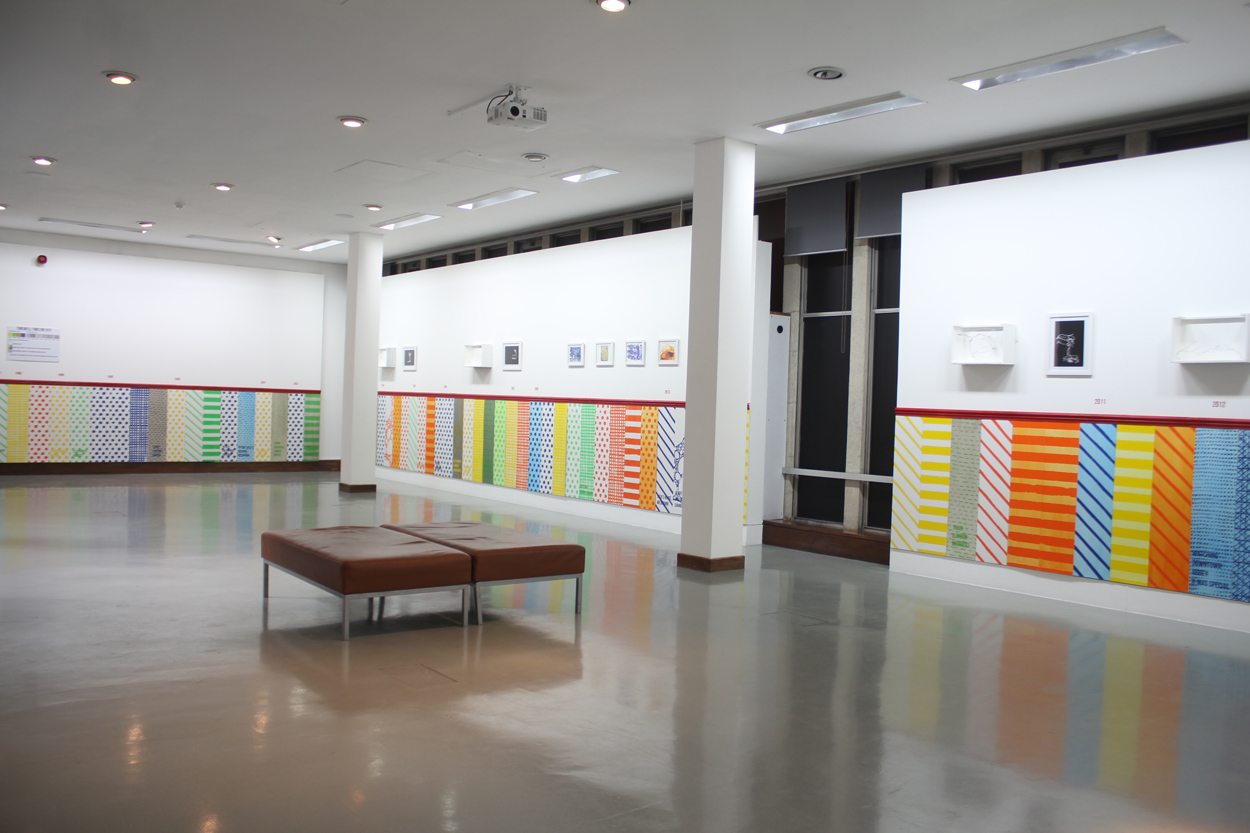 Beyond Seizures by Julia Vogl

Who else do you admire in our industry and why?

I admire people in the creative industry who are constantly telling a story in different mediums, who are constantly trying to mirror great concepts with rich aesthetic language. Many people have bi-polar practices like me – doing art and music or printing, making and installations, or design and painting.

These are some of those people in no particular order: Sonya Delaunay, Sol Lewitt, Reuven Neuschwander, Christo and Jeanne Claude, Fancis Alys, Paula Scher, Jeffery Gibson, Ron Arad, Martin Creed and some of my peers, Alec Kronacker, Sophie Michael…

I might be going back to Hong Kong in 2017 for an epic installation at a school involving 200 year 4 children, 16,000 beads and one chandelier. Stay tuned! 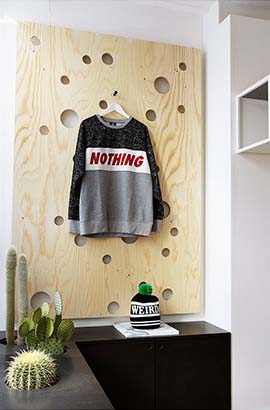 To Eat: Any day of the week I would eat at Silk Road in Camberwell, their dumplings are to die for. But once a year my uncle takes me to the Wolsey in Green Park. I can’t complain, the former bank/car show room/Chinese restaurant/now classy eatery, where Lucian Freud used to dine weekly, is just such an inspirational place to spend a few hours, and the food is divine!

To Drink: My Local the Canton Arms

To Party: House party every time!

To Walk: I live south- and I love to get lost in Brockwell Park.

To Shop: I have a soft spot for Lazy Oaf a great eccentric clothing shop in Soho. But a good flea market is always top of my list.