Ft. is a stellar collection of 13 collaborations with some of the most revered artists of our generation, including avant garde musician and conceptual artist Yoko Ono; Bootsy Collins, widely regarded as one of the finest Funk/R’n’B bass players in the world; Dave Ball, co-founder of Soft Cell, notorious UK synth pioneers with the uniquely sleazy electric soul sound; Fred Schneider from the manic, bizarre and highly innovative US new-wave group B-52’s and Alan Vega, recently departed vocalist of the essential and groundbreaking New York duo Suicide. Vega’s collaboration ‘A Kiss Before Dying’ was one of the final things he recorded.

Songwriter, DJ and producer Sean Dickson, perhaps most famous for fronting The Soup Dragons in the ’90s, and their huge hit singles, ‘I’m Free’, ‘Divine Thing’ and ‘Mother Universe’, also created the more artful and intimate follow-up project, The High Fidelity – critically acclaimed for their releases, Demonstration and The Omnichord Album, both including two very rare musical collaborations between Dickson and legendary Radio DJ John Peel and the late Mickey Finn (one half of 70’s musical giants T-Rex) – before turning his hand to the mixing tables in the early noughties.

Dickson began playing house, disco and electro in Glasgow’s burgeoning club scene before relocating to London in 2006, where he became a firm fixture at deep house underground and after-hours clubs, and has held residencies at Fire, Ministry of Sound, Shoreditch House and Savage Disco, as well as playing regular international shows in Europe and the USA.

Ft. is a journey through psychedelic dance rhythms, and electronic and soulful moods, drawing from elements of Disco, Chicago house, Detroit techno, and London underground party roots; ending with the crescendo of the full-on orchestral movement ‘A Kiss Before Dying’ and carefully underlining the gifts of each of its vocalists.

At once an homage to the foundations of his musical heart and a determined attempt to forge something new and vital from the sounds that have fuelled his life in music, Ft. is also partly an autobiography in audio of the past 15 years of his life observing dancefloors, and growing as a producer.

These transatlantic recordings were made possible through collaborations recorded in London, Chicago, New York, San Francisco, Cincinnati, Washington, Glasgow and Toronto. “I think of this album as a curated gallery of all my favourite sounds and loves, and when moulded together, the record paints a unique and personal picture of my life experience,” said Dickson.

Check out his breakdown of the album.

1. Testify ft. Crystal Waters
“I have always loved the unique soulful voice of Crystal, she reminds me of the singers that used to be on all those great independent soul records that came from the US, which we know of as Northern Soul here in the UK. We decided from the moment we started talking that it had to be a three minute classic track with a fade like sticking on a 7”. Testify is the ultimate way to start an album, that immediate rush of the journey.”

2. 18th ft. Norman Blake (Teenage Fanclub)
“I grew up in my hometown of Bellshill (just outside of Glasgow) with Norman. He wrote the song about me living on the 18th floor in London, overlooking the city and falling in love again. The lift in my block even makes a guest appearance on the track too. It was this track that brought Norman and I musically close together again, and we plan to work on some more projects in the future.”

4. In Love With Life ft.Yoko Ono
“It is such a privilege to have Yoko perform on my album. The track was based around a speech I once heard her give. I asked her if she could add it as a monologue on a track with a pulsing slow groove, but with baroque strings to really add drama to her amazing words. The words are simple, but so beautifully direct and to the point.”

5. Like Josephine Baker ft. David McAlmont (McAlmont & Butler)
“David has the most beautiful voice. He based this track on being weightless in space and in one communication back to NASA he said, ‘I am going to gyrate like Josephine Baker’. An American-born French dancer, jazz, pop music singer, and actress. Who came to be known in various circles as the ‘Black Pearl’, ‘Bronze Venus’, ‘Jazz Cleopatra”, and even the ‘Creole Goddess’.”

6. Lost Without You ft. Paris Grey (Inner City)
“Paris is the singer on all of those amazing house tracks by Inner City. I had this track which was likely the most dance floor house style track of the whole album, so there was only one person who I thought would suit the slight melancholic, but euphoric vibe of the track, and that was Paris.”

7. Ultratheque ft. Dave Ball (Soft Cell)
“I think Dave Ball’s synthesiser playing is the most unique and individual style of any keyboard player I know. This track is about the first laser disco in Glasgow, which was called ‘Ultratheque’. It was the first big disco I ever went to as a teenager in Glasgow. It was perfect for his keyboard style. I added some vocal to this as Dave is an instrumentalist.”

8. Truck ft. Fred Schneider (The B-52’s)
“Fred from B-52’s is such a special vocalist.  He has totally his own sound and style and it was perfect for this song, which is an ode to convoy style movies and basically having fun with trucker CB radio jargon. We do a duet on this which was such a amazing moment, to do one with someone who you are a huge fan of, and have all their records in your collection.”

9. Monday Morning Sunshine ft. Jean Honeymoon
“Jean is someone I know from Glasgow (back in the band days) and I have always adored her voice. She was in a band called the Honeymooners and we always used to bump into each other in clubs and concerts. It is a song about that feeling you get when you wake up, or are still awake when the sun rises on a Monday morning, and how gorgeous Monday morning sunshine can be.”

10. You’re Just Another Song ft. Little Annie
“She is the most amazing artist who has this dark and warm glow about everything she does. This track is like Germanic techno beats meets torch song baroqueness. This is the point on the album where progressively it gets darker and more twisted.”

11. Heavy Game ft. Billie Ray Martin (Electribe 101)
“I was sitting next to Billie playing her some music, when she sang this song as an idea. Literally every hair on my body stood on end. Her vocals on this are sublime.”

12. Heartbreak House ft. Maggie K De Monde (Scarlet Fantastic / Swansway)
“One of the most beautiful souls you can meet with a devilish sense of humour too. I was joking with Maggie that the song sounded like a heartbreak house track as it was mainly minor key and very sad. She then went away and actually wrote the song based on that being the title, which is genius. A dark and moody song with dulcimers and strange percussion, with the most silk velvet-like vocals by Maggie.”

13. A Kiss Before Dying ft. Alan Vega (Suicide)
“I love Alan Vega and Suicide were a big influence on a lot of my productions. I said, why don’t we make the first half electronic, but then slowly descend into an orchestral piece like a soundtrack to a war movie, and end the album on something that sounds like the end. Sadly, Alan passed away recently before the release of the album. It was my honour to have worked with such an amazing artist and I am proud to have this piece of music as his parting statement.” 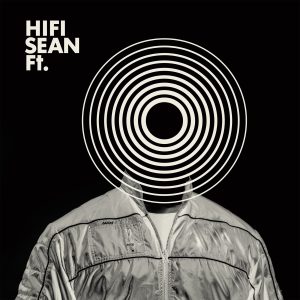