Odonis Odonis broke onto the underground scene in 2011 with their scrappy, blown out debut, Hollandaze, and instantly began turning heads with their haze filled live shows and unique combination of influences. Their masterfully crafted follow-up, Hard Boiled Soft Boiled, earned them a Polaris Prize nomination, while also pushing them into groundbreaking territory.

Enough of the good stuff, check out Denholm Whale’s Top 10 Most Hated Tracks…

“You can pretty much smell the Coors Light; I think the sunglasses and matching suits really say it all. This video makes me question myself and the world around me.

“Do I really want to participate in this life?”

“I remember being around five years old and hearing this song on my mom’s car radio in her dilapidated Ford Festiva. I remember wondering if us being poor and North American meant that I was only privy to a limited area of culture best represented by this song. I wept quietly as my tiny body uncontrollably began to line dance.”

“I didn’t know about this song until I started building this list and I completely fucking hate it. USS is what makes me want to shit myself. If I had the choice between listening to this song again and sawing off my own dick with a rusty spoon I’d take the latter with a smile.”

“You know what I don’t hate – the Monkees. The Monkees are fucking great and screw you if you disagree. You know what I hate? Early 00’s super bros shitting all over bands I like and making a shit ton of money. The only thing that would have saved this video is a quit cut of Shrek fucking that Damn Eddie Murphy Donkey thing.

“That last clip of the girl beggin’ for ‘Steve’s’ number makes me puke a little in my mouth.”

“Within the first 10 seconds I have to question whether or not the lead singer has a little bit of downs or is somehow magically entranced by his genius opus of a track. As the video continues, I then realize that the entire band provokes the same question. I did a little research and found that the band does in fact all have downs and now I feel bad I even added this to the list. This is a great track for a band of guys with downs syndrome.”

“Man life is tough for that Puddle Of Mudd guy. Gettin’ ditched by girls on the side of the road, having to play to no one in a weird little hick club. He must be so warm and uncomfortable wearing that toque. You know what though – no one is going to control him. His shittiness is self-made. I can’t help but feel that he wants me to hate this. I aspire to be this self-aware.”

“I will never follow this dude. Nothing is going to be alright if I go anywhere near this guy. The only way I would go near him would be to make sure he is dead. TRUMP FOR PRESIDENT.”

“This song makes me feel like I am wandering around a Zellers, looking through Hilary Duff’s clothing line, casually glancing at the in-store McDonalds wondering, ‘how long would it take me to suffocate if I stuffed a double big mac down my throat.’”

“The only time I truly have a bad day is when I am exposed to this song. I used to work for Tim Hortons when I was a teen and this song would play about 36 times during every shift. This was also around the same time I tried to kill myself. Coincidence? You decide.”

“These guys are fucking awful… actually they are good friends and a great band. You should listen to the rest of their awful shit. I just wanted an opportunity to put them on a list with Daniel Powter in hopes they actually see this.”

Odonis Odonis’s upcoming album, Post Plague, is out on June 17th via Felte, and available for pre-order here. 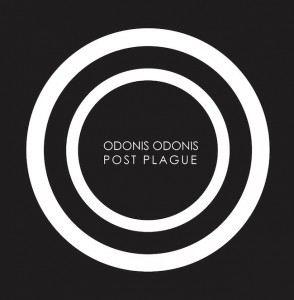