Ask the DJ: Steve Smith (Dirty Vegas) – Top 10 Tracks For Lovers, When The Lights Go Out

Ahead of the 4-track release, comes the video for ‘My Favourite Shoes‘, just one of a collection of well-crafted songs that glide over delicate, pulsing rhythms. Written during a stellar year for the British singer/songwriter – that saw him perform for HRH Prince William at a star studded gala at Kensington Palace on November 10th 2016 – this new release captures the vocals that have been heard everywhere from the super clubs of Ibiza to the acoustic venues of the UK and USA.

During a 22-year career, Smith has supported a diverse world of artists from Moby, Tears for Fears, Paul Weller, and Underworld to Groove Armada, and was the first electronic artist to perform at the Grammy Museum in Los Angeles. Dirty Vegas were named No.6 in Billboard Magazine’s ‘Top selling Electronic artists of the 2000s’ with over a million albums in the USA, and Gold Status in the UK and Italy. As a producer he has remixed Platinum selling artists such as Madonna, Calvin Harris and Justin Timberlake, and the song ‘Late Nights And Street Fights’ from his first solo album, This Town, was used as the main theme for the FOX TV show Standoff, which was subsequently nominated for an Emmy. He has also taken on the role of composer, scoring the cult film, Boys & Girls Guide to Getting Down.

In honour of the upcoming Valentine’s Day, check out Steve Smith’s top 10 tracks ‘for lovers, when the lights go out’.

“The track starts with the sound of rain, and that only should get you in the mood. Beautiful vocals by Gee Morris, over sexy Rhodes piano made this the track so many people got it on to back in the early ‘90s.”

“I love the lyrics of this tune from one of the best bands to come out in the last few years. The song come in over gently rising guitar picking to tell the story of two people who have a connection but it’s not an easy one. It seems like the person telling the story is being played like a puppet, but cannot walk away.”

“There are so many songs by Madonna, but this one is dripping with sensual desires. William Orbit‘s signature drum loops with delicate synth pads hypnotize, while Madonna sings ‘Wanting, needing, waiting, For you to justify my love’.”

“Loved this from the moment I got this, and played it out in DJ sets early in the set. The bass line is so sexy and the female backing vocals are divine. The male vocal reminds me a lot of Bryan Ferry (see next track).”

“Bryan Ferry’s vocals have always been some of the most evocative in the world of rock. This track slowly builds from the drum rim shots and sliding bass notes to set up Ferry to tell a sultry story of how, ‘the party is over’ ‘then he sees her’ classic Roxy Music.”

“Disco legend Giorgio Moroder produced this track, where we hear Donna Summer getting worked up and asking ‘Set me free’. Apparently while recording the vocals she was thinking about her boyfriend.”

“One of the most amazing house tracks ever! The breakdown in this track has gone down in history and if this don’t get you in the mood, then I’m not sure what will!”

No Top 10 for lovers would be complete without Prince. Everything about this track is right, its oozing emotion with sexual undertones.  Prince’s vocal melodies interact with his guitar playing to create a very powerful synergy. It’s at ballad tempo but feels like its racing towards the end to its climax.”

“From early on in Sia‘s career, giving a sultry, sexy vocal about being alone in a hotel room. Love this track and everything works so well in the arrangement to be the soundtrack to a lovers rendezvous.” 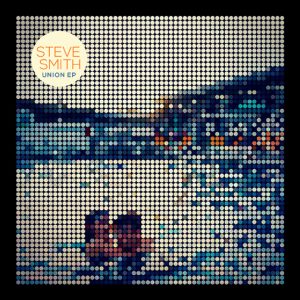