Art Vinyl, together with The Hari Hotel, Belgravia, have announced the winners of the Best Art Vinyl 2017 award, with the public vote placing Run the Jewels’ (RTJ) striking and thought provoking album cover, Run The Jewels 3, in first place; Father John Misty’s intricate illustrations for Pure Comedy in second; and the Vessels image from their light installations in third with the album, The Great Distraction.

The year’s 50 nominated records have been on tour across the UK and Europe, where their intricate design details have been showcased in art gallery settings. 2017’s album cover art has seen highly ambitious concepts and elaborate artwork being reduced down to the ultimate 12” canvas. Once again, this Art Prize demonstrates how original creativity is thriving in vinyl format, and goes further by curating designs for viewing all together, in beautiful art settings.

The winning album cover design for Run The Jewels’ third album was Art Directed by Timothy Saccenti, following on from the original drawings by Nick Gazin used on previous RTJ records. Timothy Saccenti has a history of working in music design, specifically photography for notable artists Flying Lotus, Lana Del Ray and A Tribe Called Quest.

“For us, the RTJ1 hands were about ‘taking what’s yours’ – your world, your life, your attitude,” explains the band, talking through the design concept. “The RTJ2 hands were wrapped in bandages, signifying injury and healing, which for us represented the growth in ideas and tone of that album. For RTJ3 the bandages are off, the chain is gone and the hands have been transformed into gold. For us this represents the idea that there is nothing to take that exists outside of yourself. You are the jewel.”

This is the 13th winner of the Best Art Vinyl Award, the unique Contemporary Art Prize that celebrates record cover design by compiling the best in art, photography and graphic design in modern music culture each year. This year’s 50 nominations were exhibited alongside a fascinating twelve-year retrospective of the Best Art Vinyl Award winners at the Civic Gallery in Barnsley as well as exhibitions across Europe. 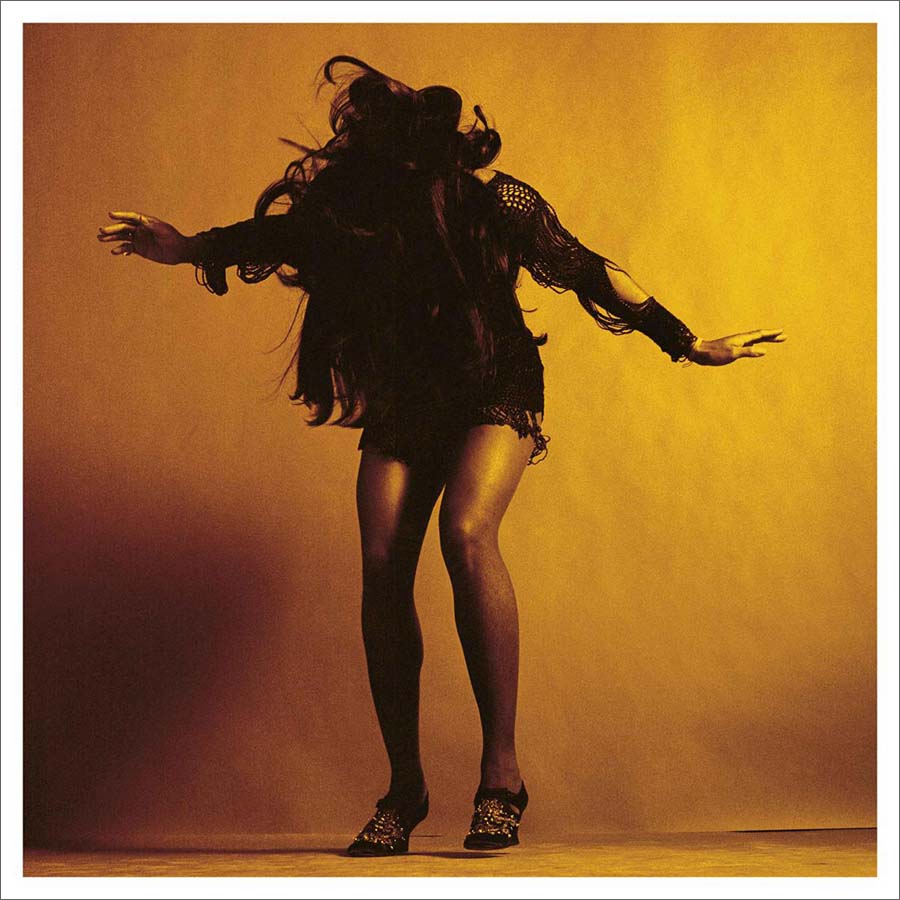 The year also saw sales of turntables and vinyl records grow at their fastest rate for decades with the Best Art Vinyl Award further demonstrating how an annual showcase of record cover design can capture the imagination of tens of thousands of vinyl lovers, who cast their votes for the best vinyl artwork of the year.

“It’s a welcome return to the mainstream for the humble vinyl record because for so many Art Vinyl enthusiasts the format has always been the natural partner to the music,” says Best Art Vinyl founder, Andrew Heeps. “This year the Best Art Vinyl Award has been about reaching an even wider audience to showcase these great pieces of contemporary art, as our ambitious exhibition program has achieved. In 2018, the vinyl artwork is extending beyond record shops and into art galleries, giving credit these amazing artists and creatives deserve.”

In January 2018, the winners of the Best Art Vinyl 2017 award will feature in exhibitions in London, Barnsley, Hungary, Italy and Germany and as well as on artvinyl.com. All of the designs will be displayed in the unique Art Vinyl Flip Frame which allows instant access to the music and additional inner sleeve designs.