“I’m an author. I’ve had three books published, been the style columnist at the Edinburgh Evening News and in-house stylist at Scotland on Sunday,” states Lynne Coleman, who has worked with brands such as Burberry, Chanel, Mulberry, Liberty of London and Harvey Nichols, as well as championing young design talent in her career as a fashion writer and style columnist. “I also have my own cashmere business called Cross Cashmere.”

Coleman has lived in Edinburgh since she was a ‘scrawny’ 17 year old. “I came to study and fell in love with the city. It has incredible history, beautiful buildings, a mountain and a beach in the city centre – it’s actually a little slice of heaven on Earth!”

“As a child I wanted to be a writer, although there was a confusing time when Pretty Women came out and I thought Julia Roberts job in the movie look like fun *yikes! Luckily writing continued to be my burning passion…” 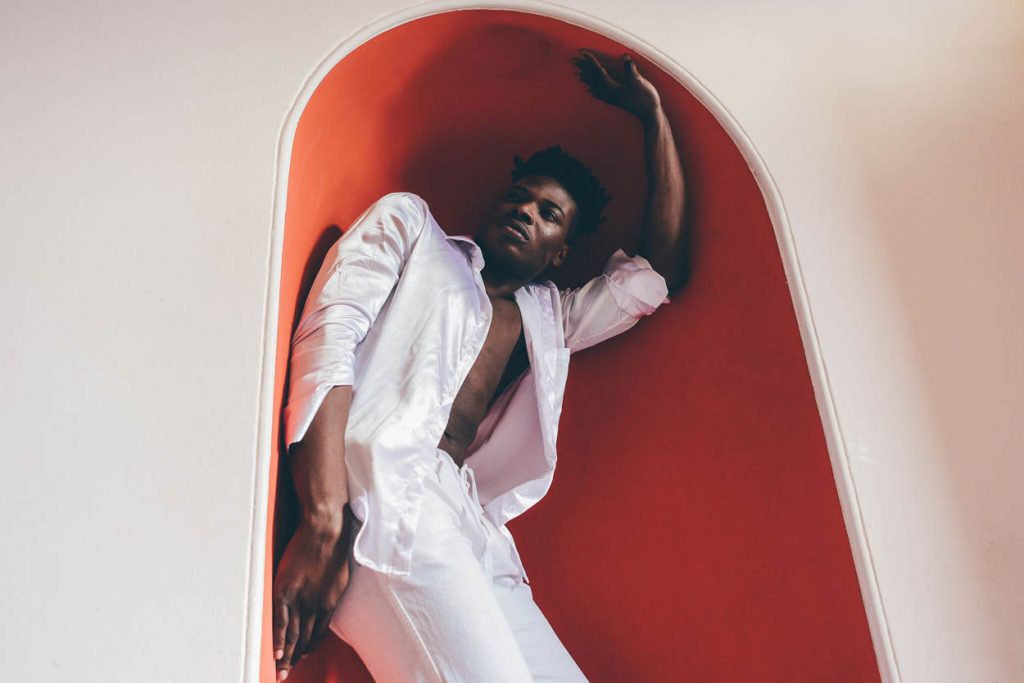 Coleman’s career path has always been based around communication. “I was Scotland’s youngest all-speech radio presenter at a commercial station called Talk 107. I was in my early twenties when I did this with some amazing people who have all gone on to do incredible things across the UK. But at the tender age of 24 I was made redundant from that job that I thought I’d be in forever. This lead to writing A Girl’s Guide to Vintage and having it published in 2010 which was a massive turning point for me.

“Suddenly I was writing and photographing fashion which I thought was just a pipe dream for a newspaper and then becoming the fashion presenter for Scotland’s flagship tea-time programme at the time called The Hour. I was 26 and having hoot. This lead to commercial work with fashion brands paving the way for my time with DC Dalgliesh, Scotland’s only dedicated hand-crafted tartan mill as their brand guardian and launching my own cashmere capsule collection.”

“Book number three came out exclusively with Harvey Nichols on October 23rd before general release November 1st, it’s called The Fashion Annual. It is a collection of editorials depicting the stories that have been hitting the headlines with fashion and photography acting as the pen and paper to tell those tales. I love how fashion has the ability to instantly date a period in time – be it the mini-skirt in the sixties pointing to the sexual revolution to the power suits of the eighties when women were beginning to become a force in the board room. Nothing dates an eon in time better than a piece of clothing, so this book does just that: talking plastic pollution, #metoo and parent poverty, to social media being the smoking of our generation and its impacts on our health mentally and physically.”

“After a decade of work this is a collection that I am most proud of. I know I am going to look back on it in another decade and think, wow what a mad time that was, but we came through it!” 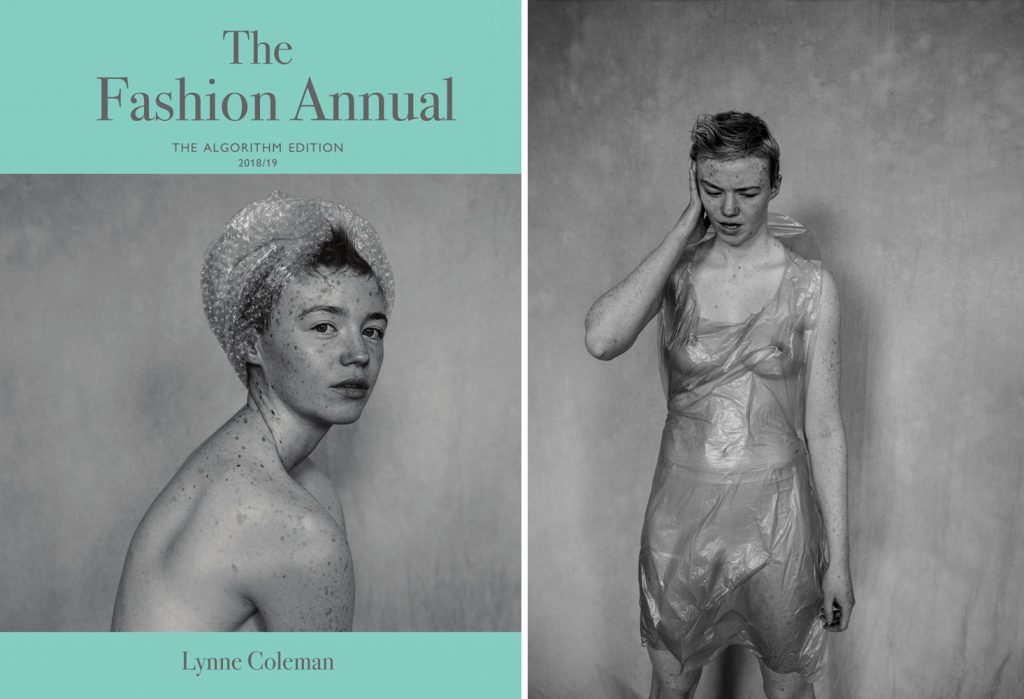 Those stories include everything from, “Our bare-faced inability to ban single-use plastics to discussing how mental health issues perpetually plague people who, from the outside, look like they are having all the fun.” As Lynne and her team were planning the book, the word algorithm kept rising – from election fraud to people scared to watch fictitious followers fluctuate each time an iOS update was released, “I took the word algorithm and spun it out – using it as the framework of the book.”

Writing and styling are the tools of her trade, “That’s how I love to communicate with the world. Sustainability is something that is a way of life for me, I feel like it’s used as a buzz word but we all need to think about our impact on the planet and humanity. My cashmere line is all about that, slow fashion. A garment that you invest in and stays in your wardrobe for a lifetime, being passed down to the next generation. When we invest in things we treat them better, it counterbalances our throw-away culture which has got us into so much trouble.”

Speaking of career highlights: “There have been so many,” states Coleman, “but the night Karl Lagerfeld took over Linlithgow Castle to present one of his metier d’art balls for Chanel. It was a once in a lifetime opportunity to witness made even more special by the fact it was in my very own back garden. It was a night of dreams from start to finish, an utter privilege to attend.”

Coleman admires every mother who has to juggle her passions all at once, “They are multi-tasking queens who give everything every day.” As for exciting things in the pipeline, “The book tour of the U.K, watch this space!” 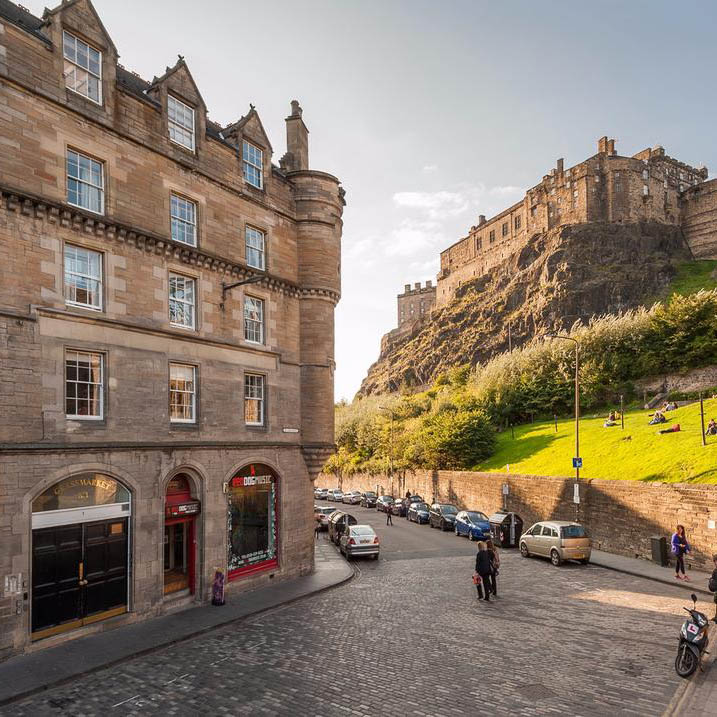 To Eat: Chez Jules in Edinburgh, the best French restaurant in the world – and I’ve worked in Paris a lot!

To Drink: It’s a toss-up between cocktails on the terrace of Harvey Nichols overlooking the amazing Edinburgh skyline or going into the darkness of Dragonfly heading to the Grassmarket for a delicious grapefruit Old Fashioned.

To Party: Anywhere there is a filthy disco beat!