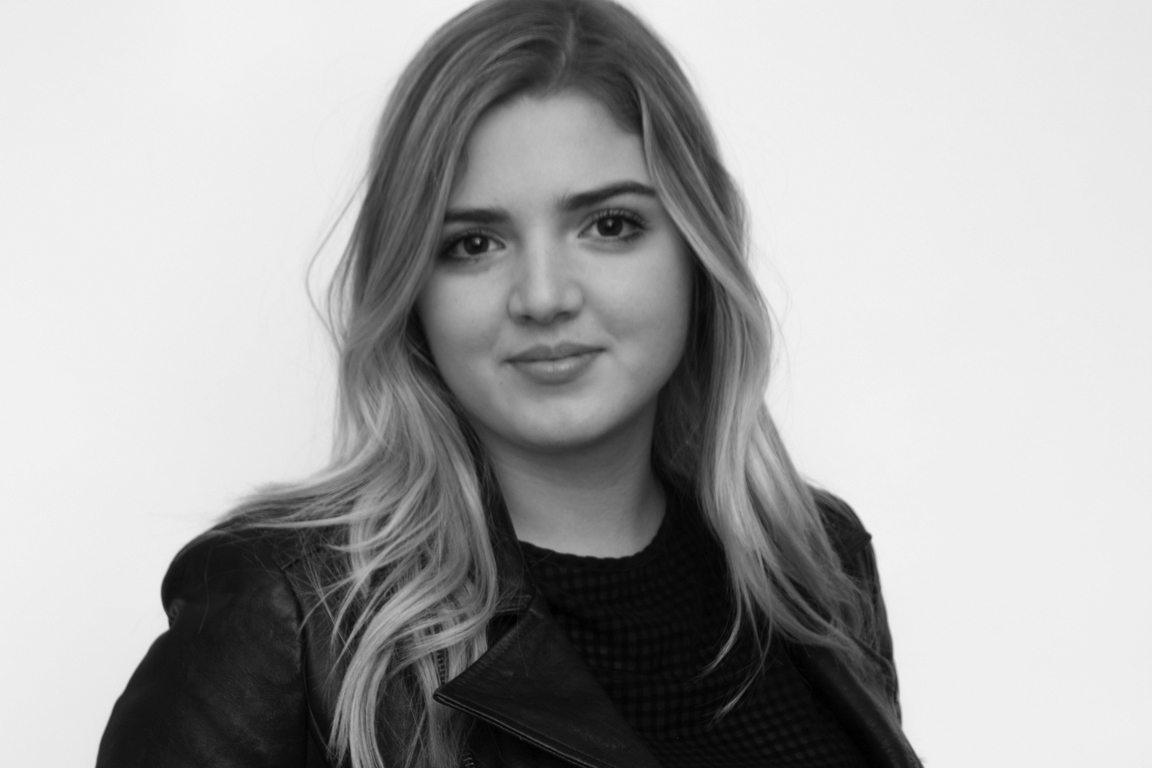 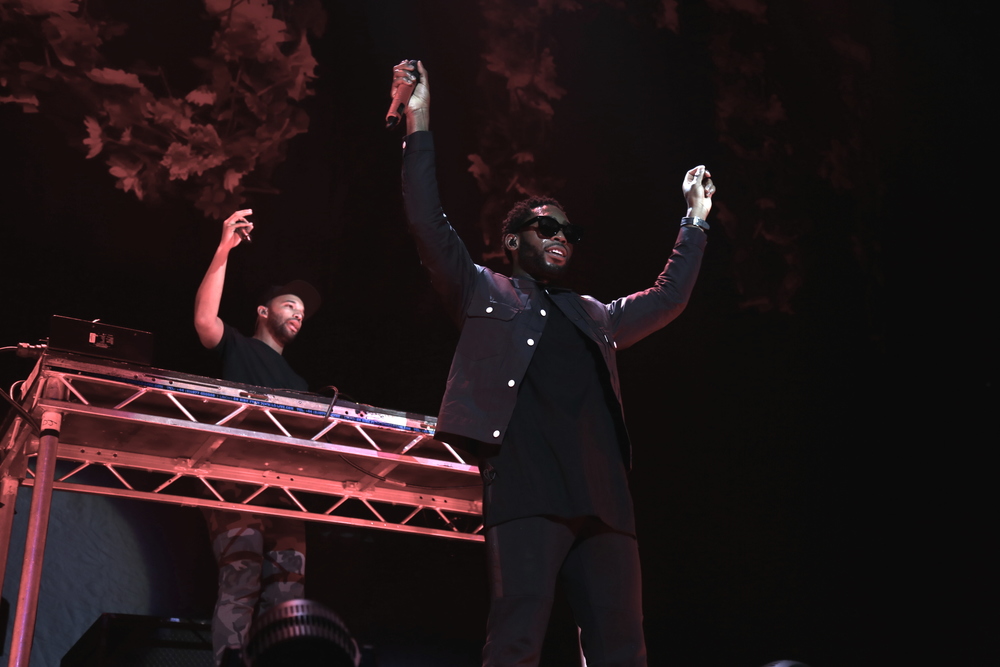 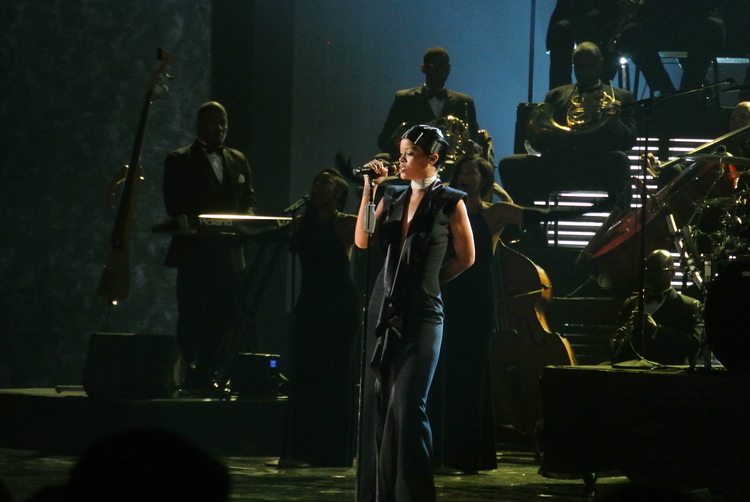 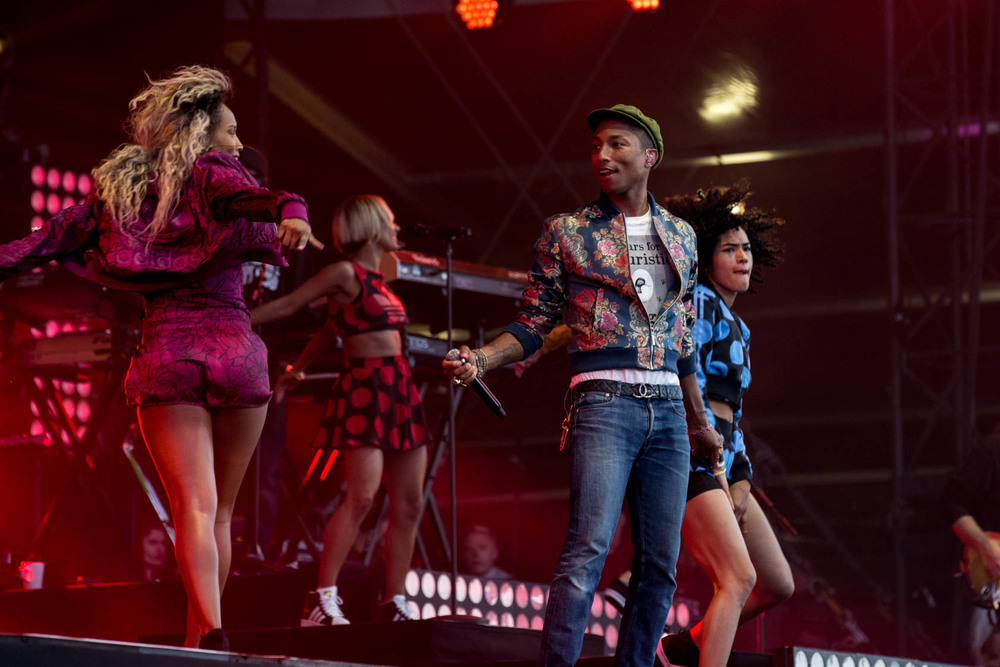 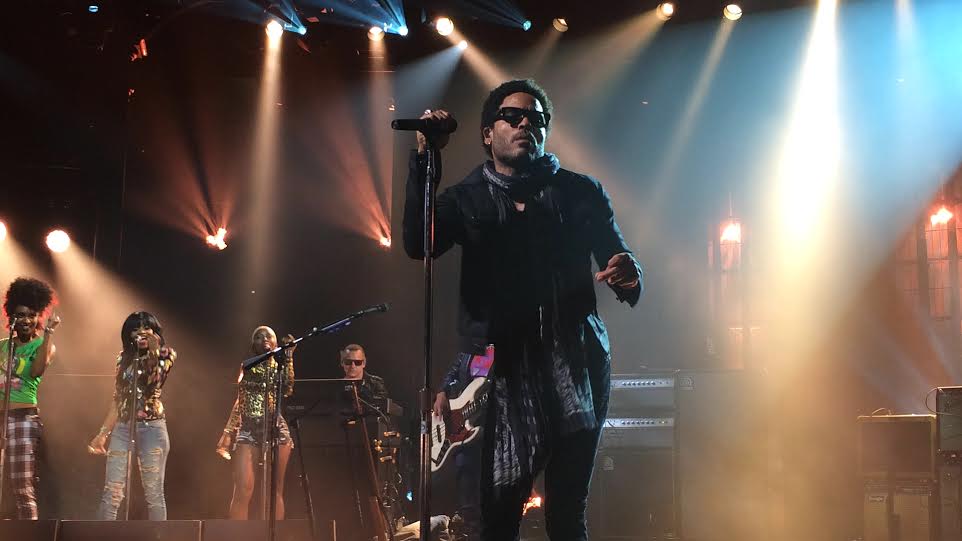 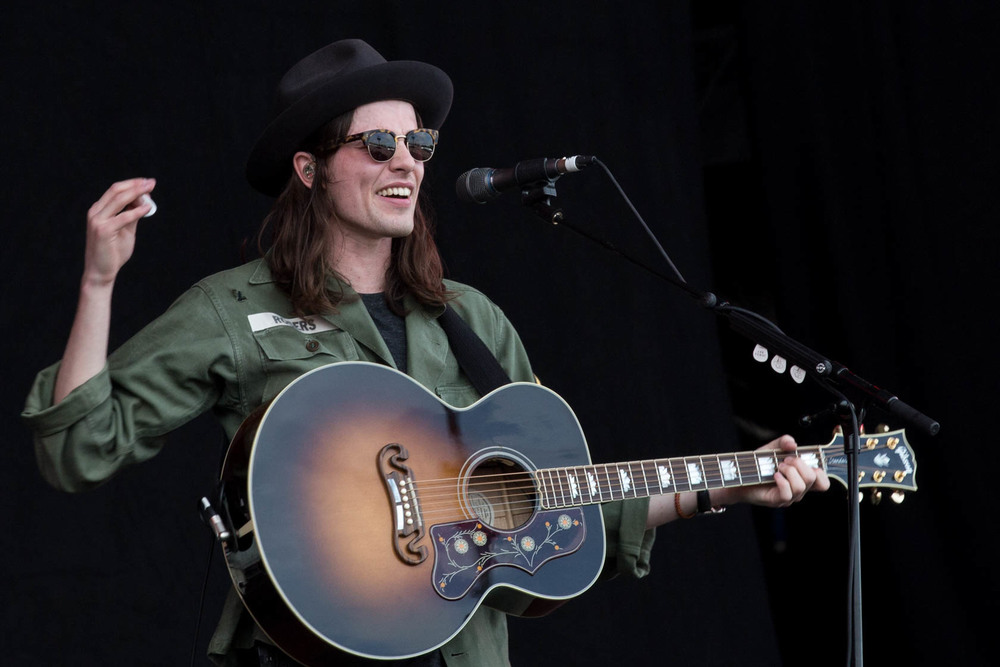 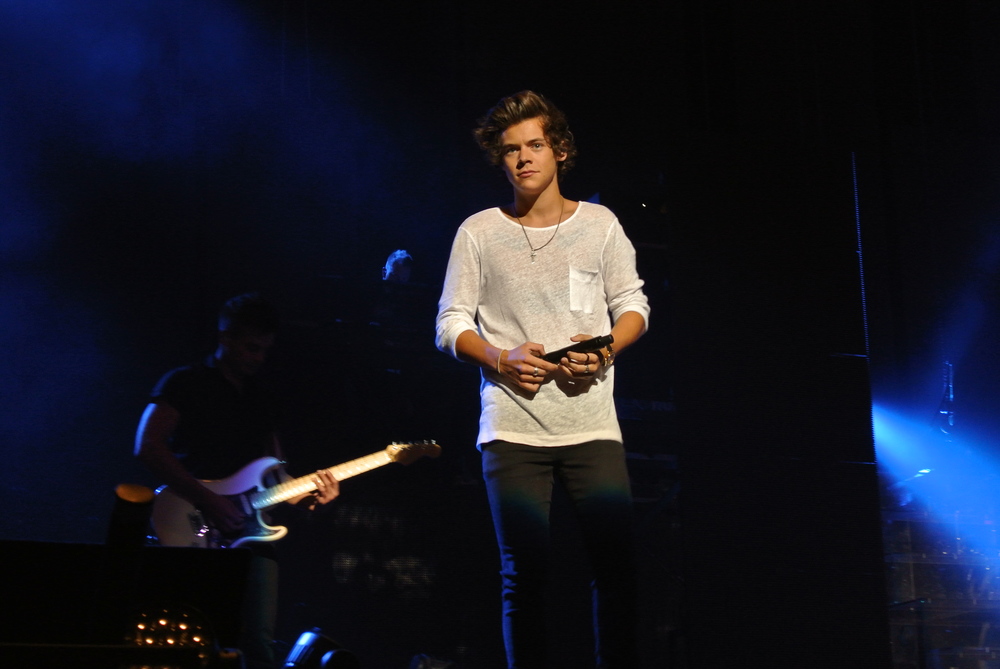 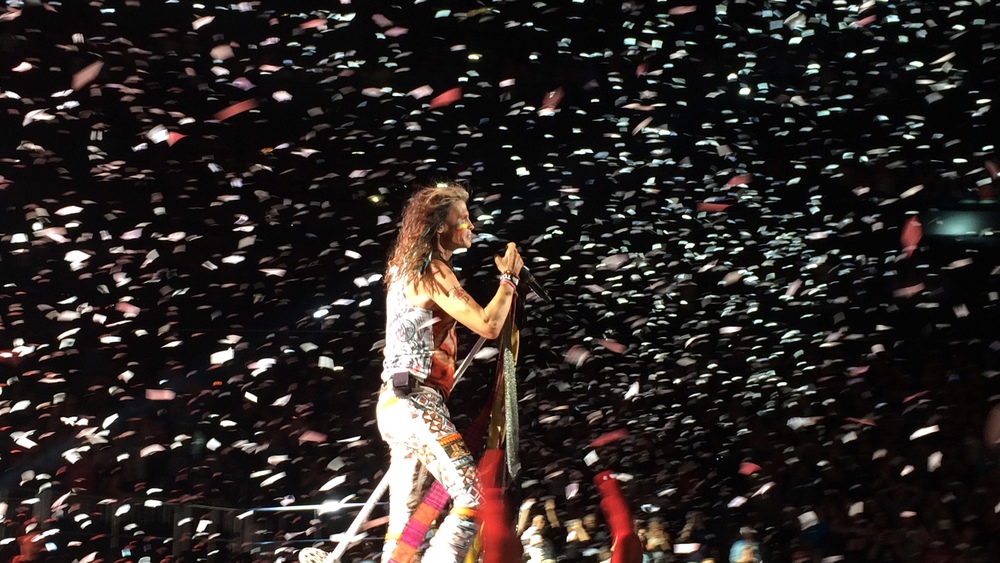 The under 25 ‘One to Watch’ has photographed some of the biggest names in music, including the likes of Pharrell, One Direction, Rihanna, Lenny Kravitz, Tinie Tempah and Aerosmith, at just about every major music event across the UK and the USA, both front-of-house and backstage – Glastonbury, Coachella, Isle of Wight, Lollapalooza, to name a few.

We find out what brought Mary to London, how she got into music photography, and what she’s up to in the Big Smoke…

I moved to London almost two years ago to study photography and film. As a music photographer, I knew I had to be in a large city as more bands come through. I chose London because it has the best art schools in the world and an amazing music scene.

Typically, I’m commissioned by a magazine, band, or syndicate agency to photograph music events like concerts, award shows, and festivals. For this type of assignment, I’m in the pit or on the side of the stage taking photographs that will capture the essence of the band’s energy and action shots of them performing to the crowd. My favourite pictures are those that show a lot of energy, whether it’s from the band or the crowd. I also do editorial shoots of bands for example–they’re either outside the concert venue, backstage, or wandering around a festival. These can be casual or styled depending on what the band is looking for. These photo stories are typically used for magazine articles, but they can also be used for the band’s social media or a press release about the tour. 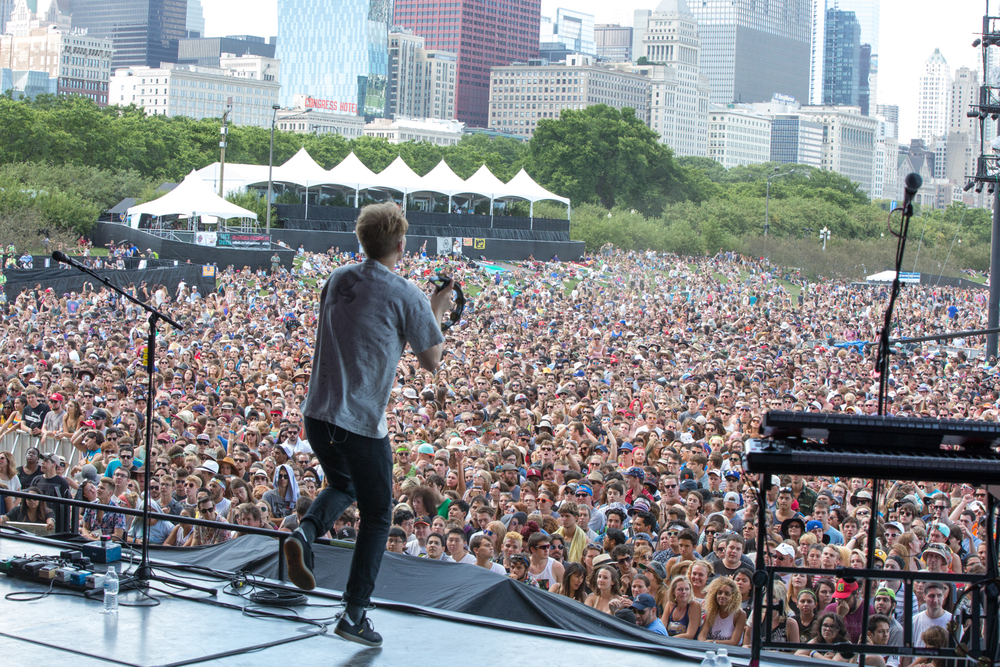 My interest in photography started quite by accident when I was 13. A friend of mine was fashion-obsessed and wanted to begin a blog. She asked me to photograph her for the website. She lent me her camera and it was the first time I had ever really used a professional camera. I took to it quickly and was a bit obsessed with photography after that first shoot. My love of concert photography started at age 15, when I began going to concerts and festivals. I snuck my camera into many of those shows and would work my way to the front for the best shots. It was incredible to get a shot where the singer was looking right into my camera or if I captured something that was unique to that show. That excitement is the reason I chose music photography as a career.

A large portion of my work has been in concert photography. I’ve photographed shows for my syndicate agent, as well as for the artist themselves and several magazines. This past year, I also began bringing bands into the studio for more styled, fashion-type shots. This is where my passion is: photographing an artist in a way that combines fashion and music photography. I think it’s pretty incredible to create an artistic picture that becomes a part of that artist’s legacy. I know the fans love it too.

I’m currently developing a bi-annual music magazine that will give fans a glimpse behind the scenes at global music festivals like Coachella and Glastonbury. Each issue will also have several editorials on bands and industry icons that are influencing music at that time. The goal of the magazine is to be a sort of annual of who is on tour each year. I want to be able to look back on the magazines and see a history of rock ‘n’ roll for my generation.

I’m not sure if there’s a typical day in music photography. Depending on the season, I’m either running between stages at a festival, doing magazine shoots, or emailing for access to take pictures at a show. My schedule changes dramatically according to what concerts are happening. At a festival, I’ll take pictures from noon until 1am and then edit pictures from 1am – 3am before repeating the next day. A magazine shoot typically lasts from 7am-10pm with several days of editing. If there’s not a concert, I spend a few hours each day planning my diary and getting permission to photograph the bands that interest me.

For concerts, I use a Canon 5d Mark III with different lenses depending on what venue it is. In the studio, I have everything I need from various lights, backdrops, and of course lots of different types of cameras. My newest camera is a vintage 5×4 plate camera. I’m absolutely in love with it. 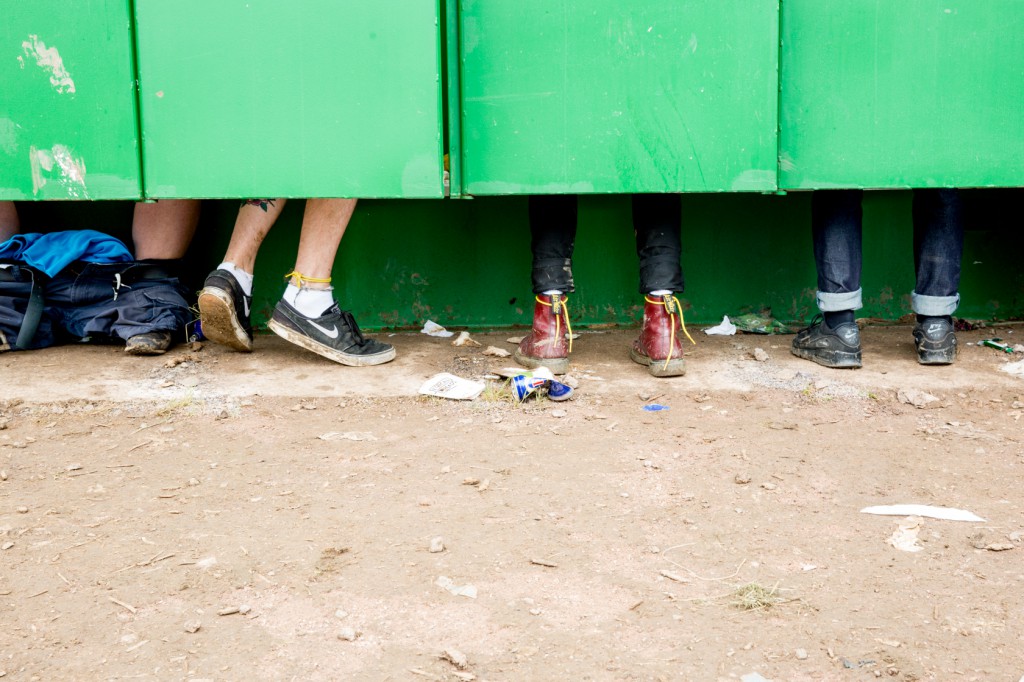 Zibra at Glastonbury by Mary Ashton Ellis for Wonderland

I think these [Wonderland magazine] photographs give the best glimpse into the best part of live music photography. I shot this band around Glastonbury one morning before their show and got several “a day in the life” pictures of them enjoying the moment. I love these pictures because they capture a monumental time for this band – their first Glastonbury appearance. I love that the excitement of playing there is evident on their faces and that their personality shows through.

That’s a tough one. I get excited any time I get an amazing shot and I thoroughly enjoy the concerts. I covered one of my favourite bands, Catfish and the Bottlemen at a festival this past summer. It was amazing to follow them for a day capturing their show, backstage, and their after-show. Their energy on stage is one of those golden moments to capture on film. That day ties with a photo shoot I did with Marina and the Diamonds for an upcoming editorial. She was incredible to work with and photographs beautifully.

Lynn Goldsmith is my favourite music photographer. She is a genius in her own right with talent in videography, songwriting, marketing and of course photography. She was the first person to establish an agency to sell celebrity photography for press use. Her photographs are iconic – Bruce Springsteen, Sting, Bob Dylan, Rolling Stones, Patti Smith, Michael Jackson. She hasn’t missed a moment. 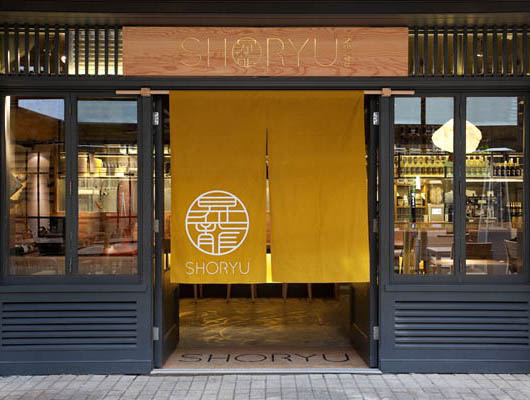 To Eat: I love Shoryu on Carnaby Street–a ramen noodle shop. I always order the white natural ramen, and you have to get one of their steamed buns. I recommend the halloumi one.

To Drink: I don’t have a favourite yet. Suggestions welcome.

To Party: Nothing beats a London house party.

To Walk: Primrose Hill. I lived down the street from there when I first moved to London, so it feels like home. It has the best view of London and the best firework viewing spot.

To Shop: Selfridges in London is my go-to spot. I go several times a week whether for makeup, a magazine, a bite to eat, or to covet something from Yves Saint Laurent.