Dialing It In: The Long Comeback of Moog and the Most Cohesive Moogfest Ever 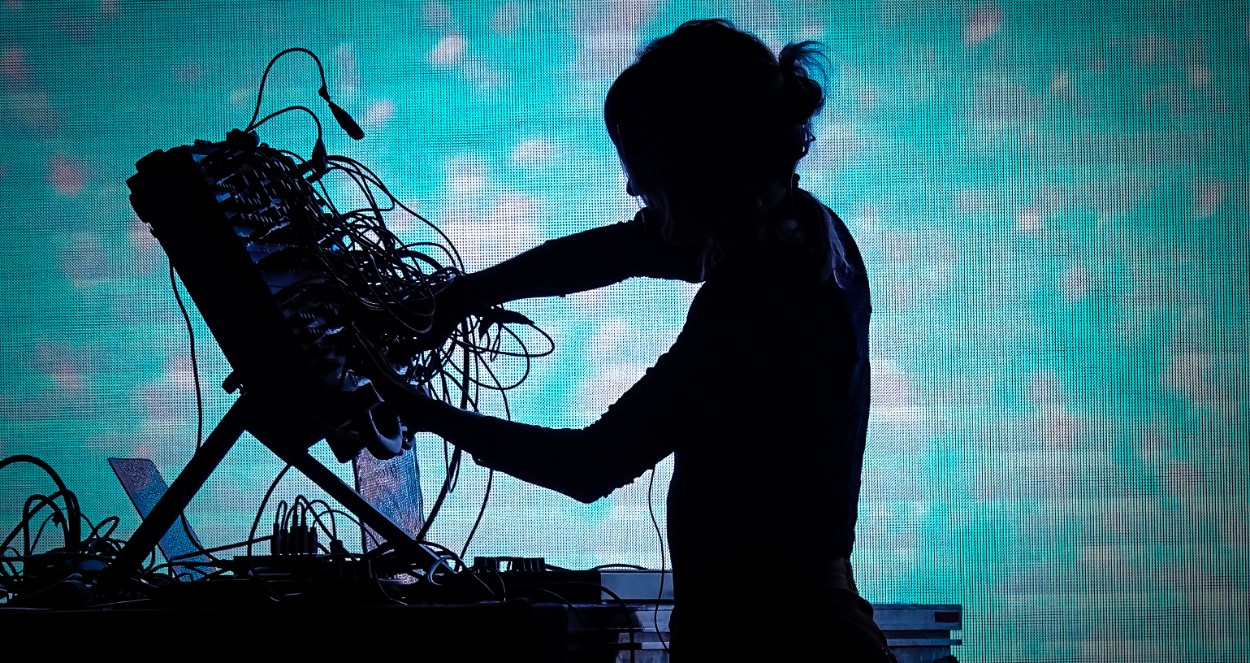 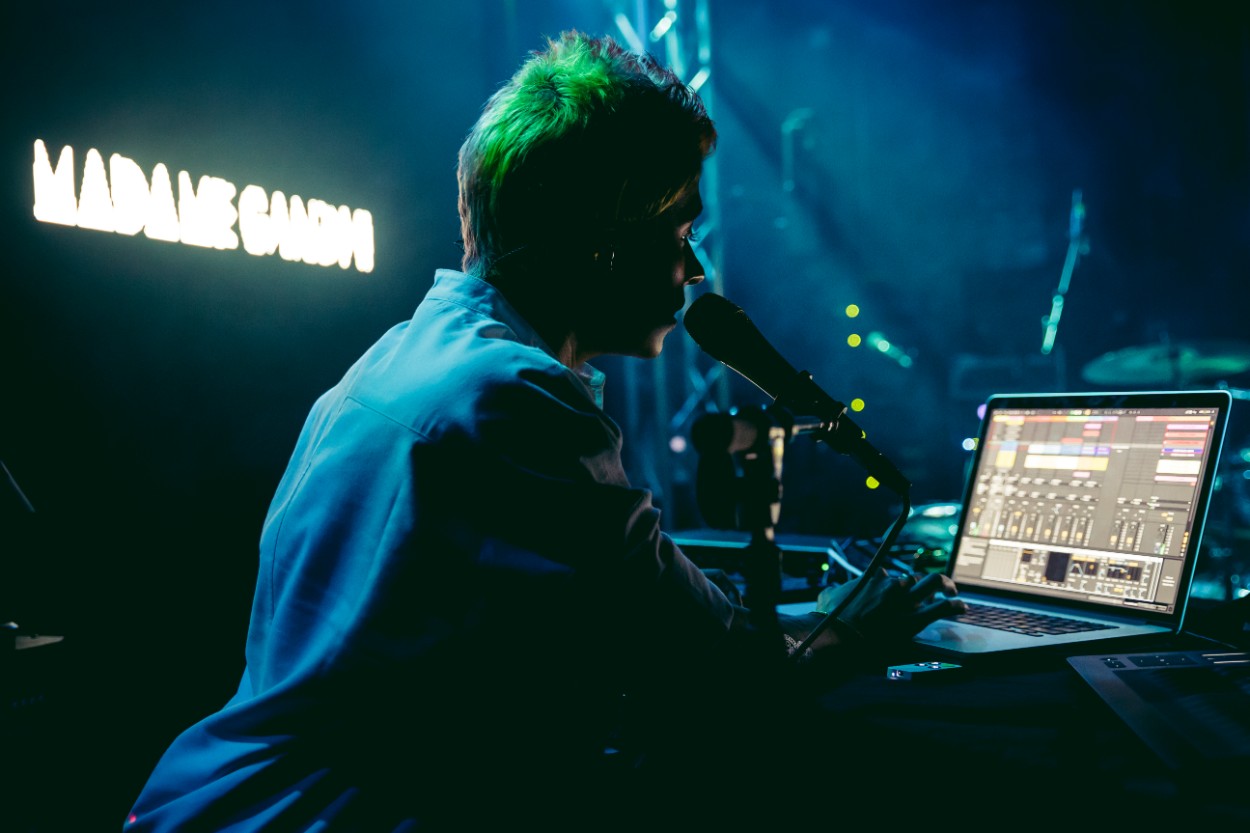 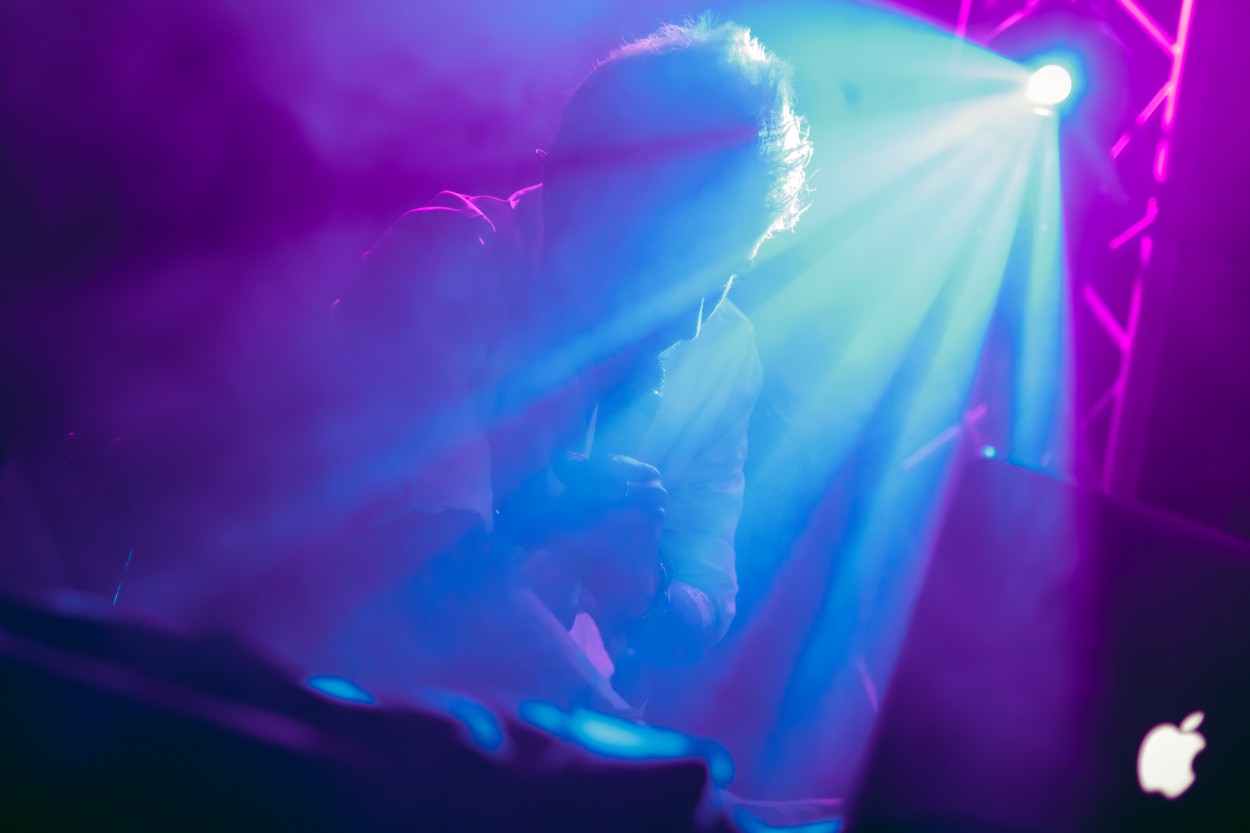 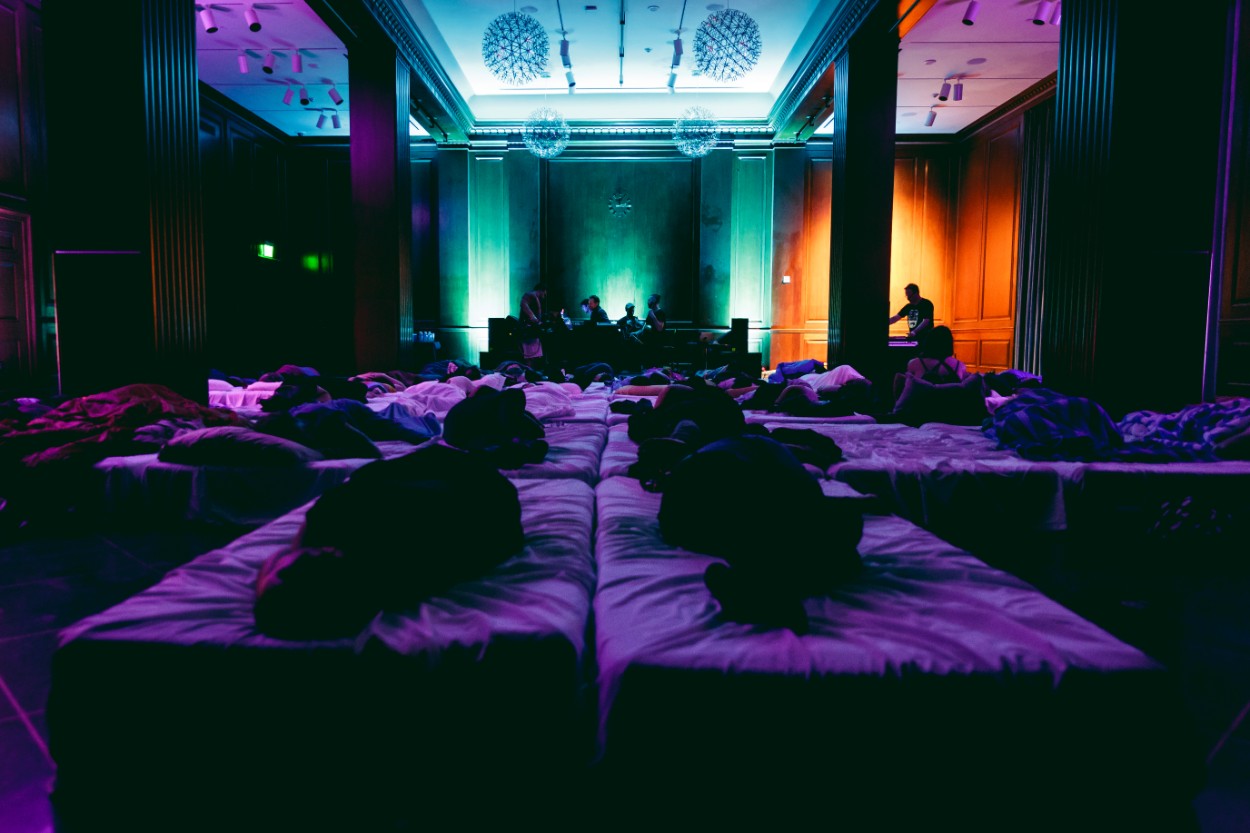 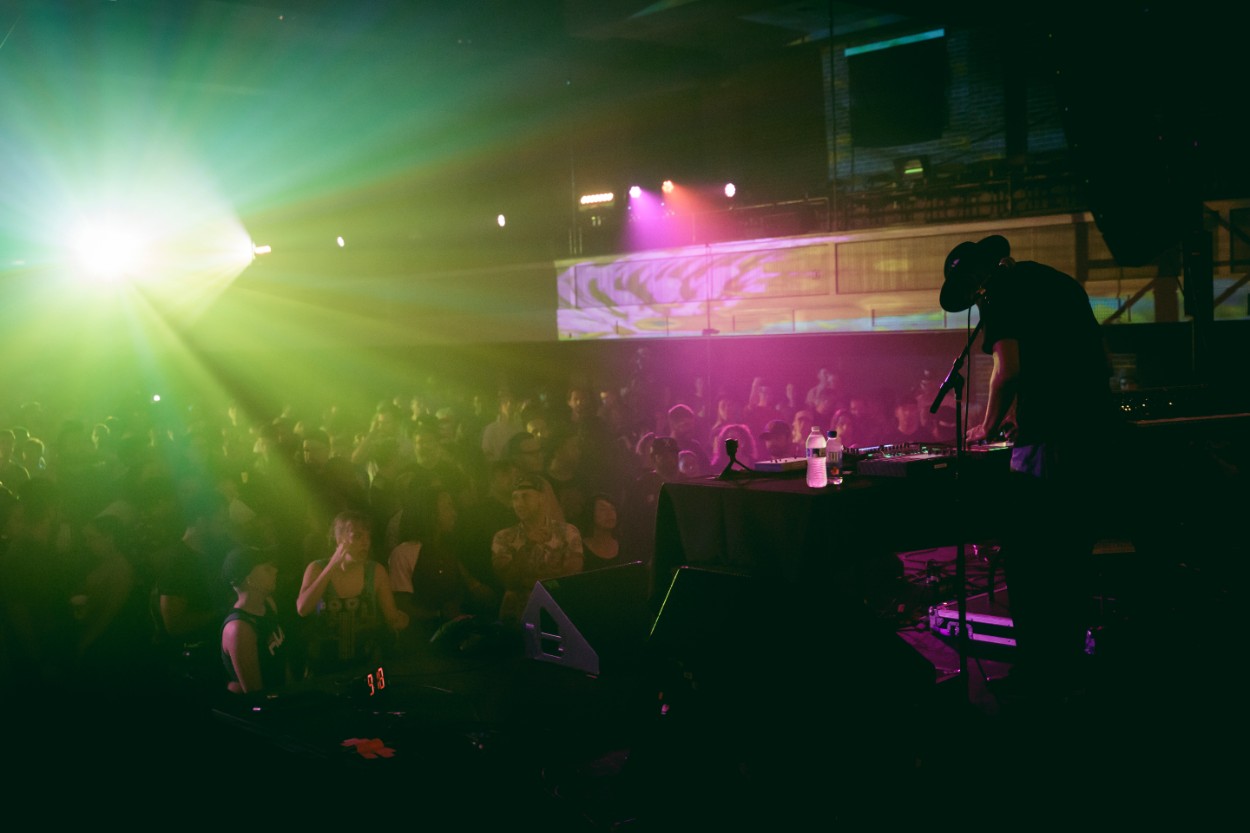 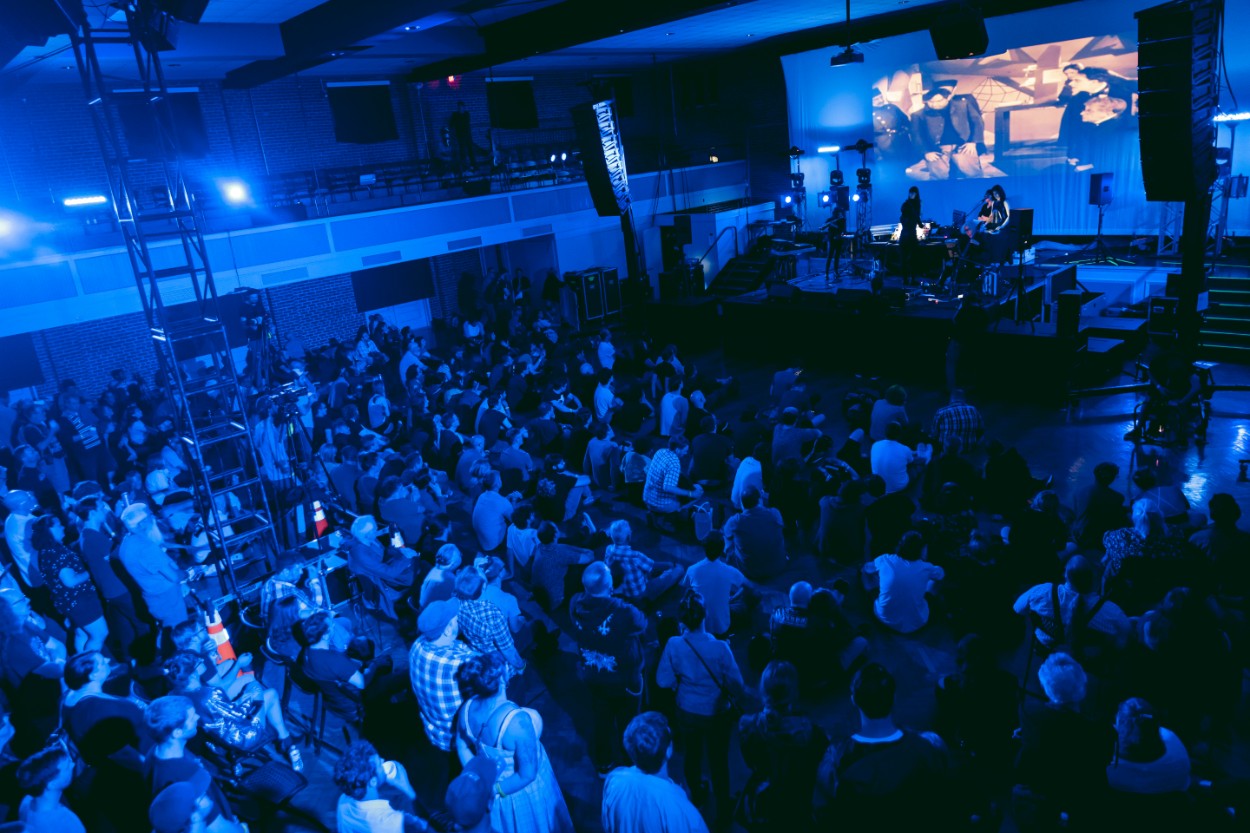 In 2010 I was invited to interview Dave Smith, Tom Oberheim, and Roger Linn for the San Francisco MusicTech Summit. Collectively, they had brought the world the MIDI protocol, which is still in use nearly 40 years later, and drum machines and synths that changed the way music was made, all of which are still coveted today.

Modular synth pioneers Don Buchla and Suzanne Ciani were in the audience. After the interviews were over, and we were all making small talk, I asked these very unique individuals if they felt they all had one common trait.

“We all drove our companies into the ground,” Buchla said. “We were designers and engineers, not business people.”

“We meet every Monday for coffee, in Sausalito,” added Oberheim. “We call ourselves the ‘Dead Presidents Club’ because we all lost our businesses due to bad decisions and mismanagement. We invited Bob Moog to join us, when he was still alive, but he was on the East Coast, and never made it.” 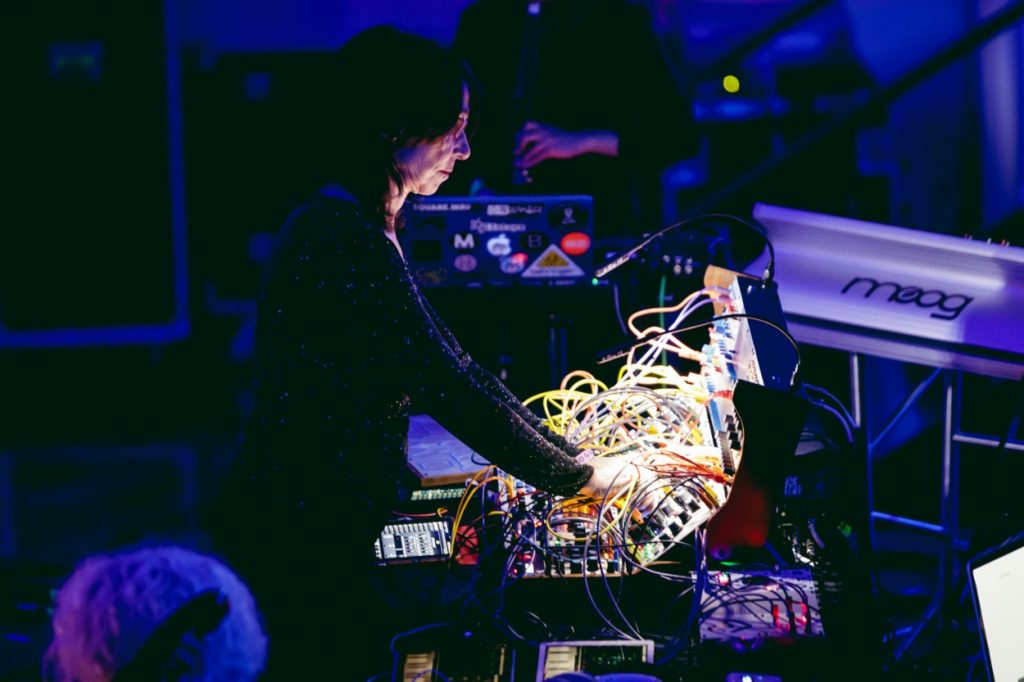 Around this time, all of them were experiencing a resurgence in popularity. Smith picked up where he left off, decades earlier, with his massively popular Prophet series of synthesizers. Oberheim was releasing new versions of his old classics, and Linn was inventing new instruments entirely. Buchla was back in the press and, after focusing on piano for a long period, Ciani was composing for modular again. Eight years later all of them are enjoying godlike status with young electronic musicians with an interest in analog instruments.

The comeback story to top them all, however, was Moog who, unplanned yet simultanously with Buchla, invented the synthesizer as we know it. Like the others, he had lost everything during a series of mergers, including the use of his last name. When he decided to go back to basics, making simple instruments, like the Theremin, as he’d done in the 1950’s, he couldn’t stamp ‘Moog’ on the products. The Asheville, North Carolina, company went under the name ‘Big Brier’ until the all clear signal was sounded a few years later. Moog was back, and the name was printed on his instruments again.

From there things moved fast. The Voyager, a new synth based on the classic MiniMoog, was released, received massive praise, and found its way onto stages everywhere. Things were looking up. Naturally it was time for a music festival to celebrate all of this, and Dr. Moog’s half century of contributions.

It started somewhat modestly, as a gathering in New York City, but eventually moved to Asheville, some years after Moog’s death in 2005, where it took on its present form, featuring not only classic performers, like Kraftwerk, Tangerine Dream, Brian Eno, and Terry Riley, but also contemporary acts like Santigold, Pretty Lights, Caribou, Bear In Heaven, and Factory Floor. Asheville is one of the loveliest cities in the US, but that location presented some logistical problems. The solution was to move it three hours east, to the rapidly-becoming-hip city of Durham, North Carolina, where it is currently held.

I’ve been to every North Carolina Moogfest and always walked away with the same feeling:  the acts were diverse and well-curated, but there was too much going on at once; too many conflicts. The panels were often poorly moderated, by inexperienced people. Information could be hard to come by, and the simple act of purchasing a beer could delay you from getting to a show on time, due to a specific venue’s policy. There was a lack of cohesion. People were confused. Worse, patrons who had paid full price for tickets were penalized for being early adopters when they were undercut by flash sales. It was always a good time, and the performances were often ones that checked off a box on the Life’s List, but something had to happen. This was the year it finally did. 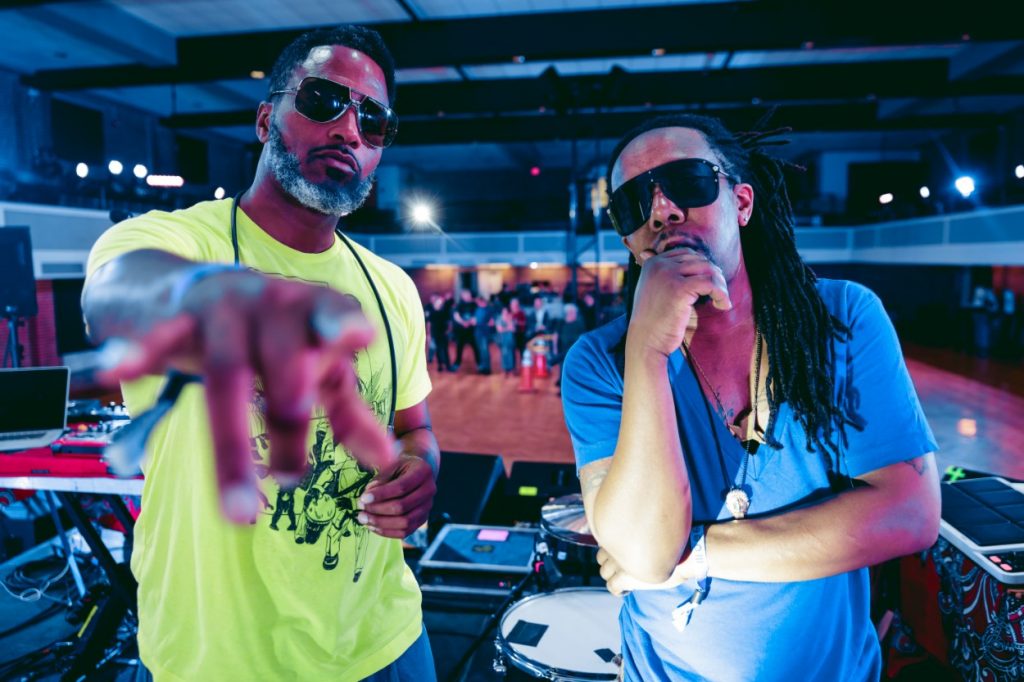 Ever since it moved to Durham, problems have been getting solved, but Moogfest 2018 was the culmination of all of those tweaks, and a lot more. The lineup was super and, rather than sometimes feeling like it was trying to compete with other festivals, completely stood on its own. You’re not going to catch a lot of the same programing elsewhere, if you’re a festival hopper, it’s Moogfest or you missed it. That unique position will be valuable for them going forward and I’m happy they are exploiting it. It feels like a festival where anything can happen.

Mouse On Mars performed two completely different sets, one involving acoustic instruments triggered electronically. Suzanne Ciani did a rare performance with additional musicians, as a score for the silent German Expressionist film, The Cabinet of Dr. Caligari. A new art space, called The Fruit, hosted music showcases and DJ’s all weekend, well into the dawn hours and felt like the festival’s Exploding Plastic Inevitable. One moment a music venue, the next a rave scene.

Jon Hopkins performed as both a musician, and as a DJ. A cutting edge local record label, Raund Haus, put on a series of performances featuring their acts throughout the weekend. The Marketplace featured new, often affordable instruments, sometimes at discount prices, not only by Moog, but hip, smaller companies like Teenage Engineering, Bastl, and Make Noise, as well as local builders Rabbit Hole, Erogenous Tones, and Dusky.

Gender and LGBTQ issues were at the forefront this year, with many panels focusing on its impact on electronic music over the years. Chelsea Manning’s keynote related to how technology can disrupt tradition in personal, political, and musical circles. Meyer Sound’s state-of-the-art Spatial Sound system provided a multi-directional, and multi-dimensional, experience for audiences of shows performed in the old Durham Armory, ranging from Jenny Hval to Shabazz Palaces.

There was an exhibition of Ralph Steadman’s art, right below a record fair. R.E.M.’s Michael Stipe premiered Thibault Dance, a muti-media installation. There were multiple discussions on instrument design, as well as workshops where you could build your own, or circuit bend one that was already built. 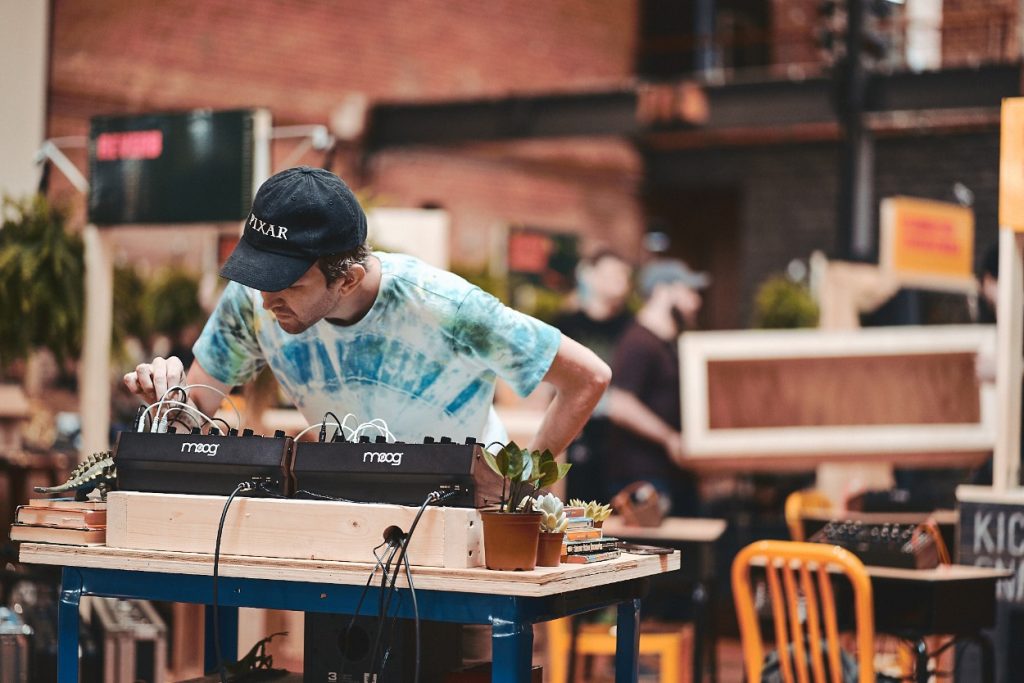 Most surprising of all, however, was a three hour performance by Wes Borland, joined by Alex Rosson. Perhaps the most criticized addition on the program, Borland is best known as the guitarist for misogynist Bro-rockers Limp Bizkit. I’ll admit, I was one of the perplexed. What can a person partially responsible for making some of the most insipid and sexist music, ever, bring to a festival of this sort, especially when the focus is on gender inclusiveness? I still don’t have all of the answers, but I will say that Borland’s durational was beautiful, ambient, repetitive, followed a genuinely interesting arc, and was absolutely enjoyable. Moogfest’s risk paid off.

My only criticism, and it’s a big one, is an unforgivable scheduling conflict, where Ciani’s set was booked for the same time slot as Kaitlyn Aurelia Smith’s. In 2016, the two collaborated on the RVNG label’s 13th installment of their FRKWYS series, Sunergy. It paired student and teacher, vanguard and pioneer, and received much-deserved critical acclaim. The Moogfest crowd was largely comprised of people who would be interested in both if they were interested in one, yet they were forced to make a choice that shouldn’t have been necessary.

After much debating, having seen Ciani perform many times, I went to see Smith’s performance in the Carolina Theatre, and it was spectacular, with stunning visuals, arresting auditory twists and turns, and stellar sound. Frankly it couldn’t have been any better. Since the Armory was only a two minute walk from there, I rushed over to catch the last 30 minutes of the Calagari score and I’m so glad I did. I hope Ciani does something like it again, because it was fantastic.

Other high points included Valgeir Sigurðsson and Liam Byrne’s sublime performance of ‘Dissonance,’ which made great use of the Meyer system, as well as Justin Tripp and Brian Close’s project, Georgia.

While Moogfest has always explored some outer boundaries, this was the first year it actually felt cohesive, and there was a palpable feeling that they finally understand they have a blank slate to do with what they please, there has been a massive paradigm shift, and they should move boldly into the future, rather than leaning on their legacy and mimicking other festivals.

They seem ready to fully take advantage of their latitude. Maybe it’s due to new Executive Producer Kai Riedl’s leadership. Perhaps it’s because they have slightly reduced to a more manageable and thus more enjoyable size. Whatever it is, it’s working, and I encourage you to make the trip to Durham next May for a unique experience.