Next month sees the release of ‘Voices‘, the debut single by new musical outfit, Iron Lines.

Founded by writer and producer, Anthony Goldsbrough, who has previously collaborated with the likes of Ed Sheeran, Bastille and James Bay; Iron Lines sees Goldsbrough stepping out of the sidelines and teaming up with songwriter and musical director Gavin Powell to launch their own project.

Debut single, ‘Voices’, is an honest and emotive track with a sentimental message. With the foot-tapping folky melody of The Lumineers, and the vocal essence of Imagine Dragons, ‘Voices’ maintains a simplistic rhythm, with melodic backing vocals, building progressively towards a catchy chorus.

In addition to naming Simon & Garfunkel and X Ambassadors as influences, Goldbrough has put together this playlist of songs that inspired their brand new debut.

“It takes you somewhere so deep and the production has a story in itself. Loving the Chants at the beginning. This gave us the idea for the atmosphere we were heading for.”

“This is beautiful, I love how the vocals are the production and it doesn’t need anything else, the rawness and brutality of this guy’s voice helped us dive in to the world of pain.”

“I’m a big fan of Paul Simon. His lyrics are just genius.”

“The truth and honest of this guy’s voice captivates you. Just love this!”

“This played a big part in the feel of the direction for “voices” when coming to production. We wanted to keep it simple.”

‘Voices’ is set for release on October 21st. Pre-order HERE. 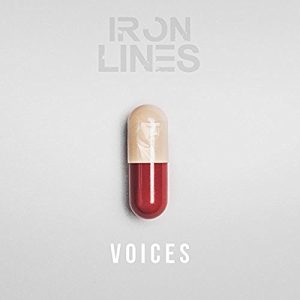