Flaherty has been gathering critical and popular attention since the turn of the decade for her genre defying fusion of low-fi pop, alt rock and hip hop. Given her background, in particular her Stanford education she is not what you would traditionally associate with a hip hop artist, but Flaherty has built a reputation for her honest lyricism and witty observations. She has enjoyed touring slots with Snoop Dogg, Passion Pit, Pvris, and a place on the Vans Warped Tour, and used her position to act as an advocate for higher education, crediting the supportive community it provides to test new ideas and putting her in the position she is in now.

Given the varied production style that has typified her records to date, having worked with The Prodigy’s Liam Howlett, remixed Danny Brown and sampled Beastie Boys and The XX, this record has a more focused sound and style, that of darkness and melancholy. Lead single ‘Blood In The Cut’ is riddled with emotional damage and a sense of inadequacy, set to the tune of buzzsaw guitars and propulsive hip hop drums. Flaherty describes the song as being, “about the desire to inundate yourself with pain or angst or noise of joy or really any experience, in order to have ownership of that feeling,” and this songs seems to capture the essence of the K.Flay as an artist at this moment.

‘Hollywood Forever’ is arguably the rawest record on the EP, as she lays bare her fears, concerns and sense of failings, singing “In the dark everything it looks better… in the dark everything it feels better.” She also provides insight into her family experiences as she raps, “My father was a user and I am afraid I’m just the same. I used to be so confident, so sober and awake,” a stark and personal confession that demonstrates the power of her introspective storytelling.

The further you get into the record the greater the hip hop influences are, and the heavier the record sounds. ‘Dreamers’ sees Flaherty address feelings of loss and regret and search for positivity in the opportunities ahead of her, expressing the restless nature and anxieties of young people. The EP then closes with ‘You Felt Right’, the purest hip hop beat on the record and the most straightforward MCing from Flaherty. There has been a gradual evolution in her flow across her career toward a more sing-song rapping style and the ease with which she transitions from spoken word to singing is impressive. More importantly, whilst she is neither a great MC nor perfect singer she seems aware of the limitations and knows how best to transmit her message, drawing listeners in with her wordplay and exuding personality as a result. There is also a sense of positivity amidst the darkness to close the record, as though this EP was an opportunity for Flaherty to come to terms with some issues, allowing her space ahead of releasing her next album.

As the lines between genres in modern music grow thinner and more poorly defined, K.Flay seems to be hitting her stride at the perfect time. With her fusion of styles and a combination of dynamic live instrumentation and deeply personal lyricism, Flaherty has released a fantastic EP and provided reason for great optimism for the future as well.

Crush Me is produced by JT Daly and Simon Says and is out now on Night Rider/Interscope. Stream and buy the EP HERE. 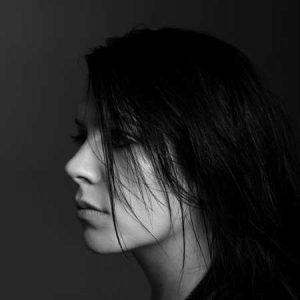