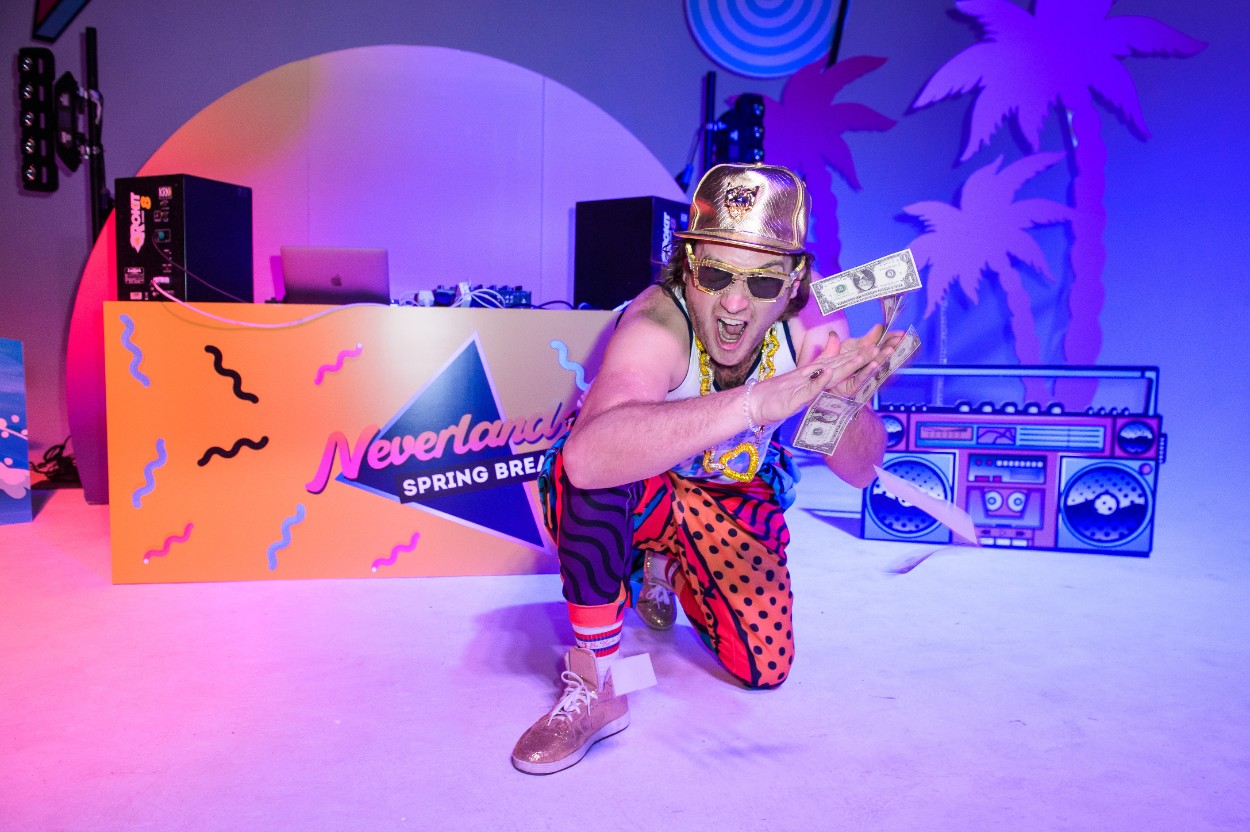 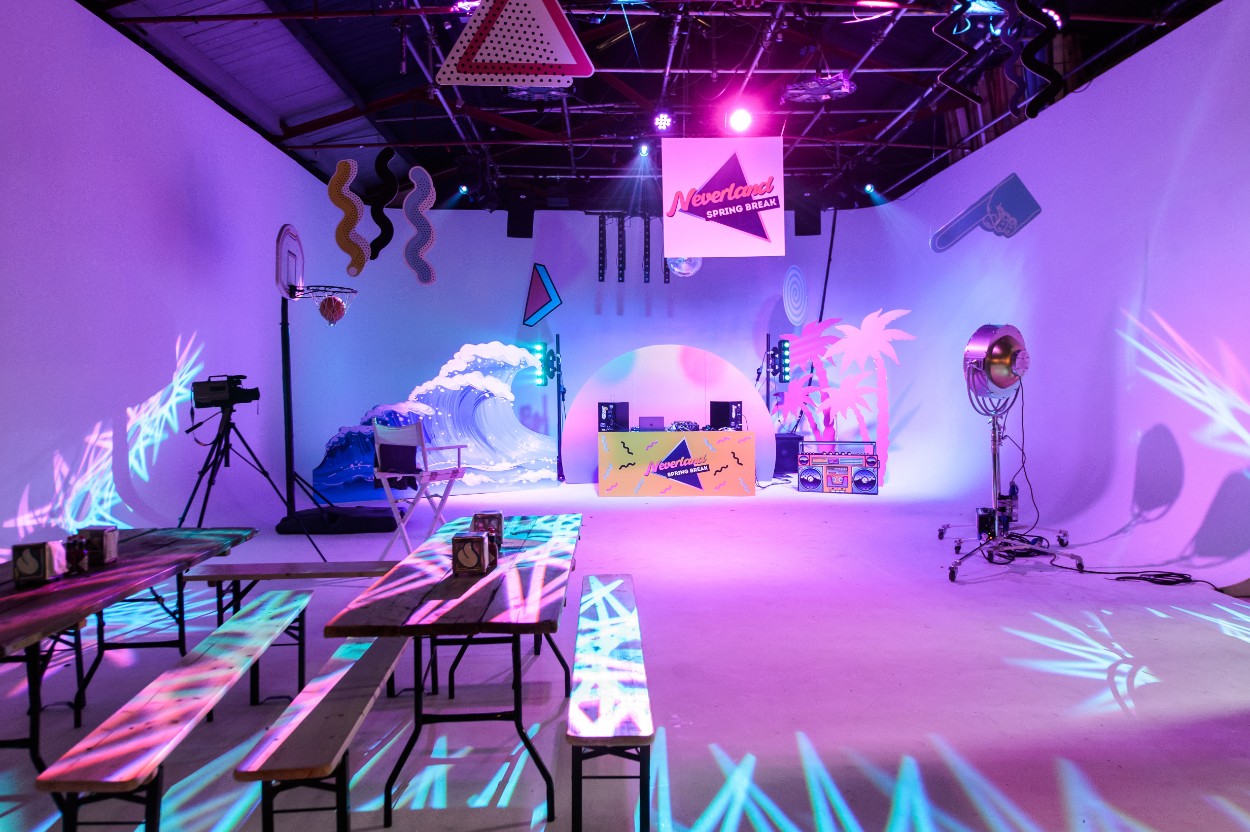 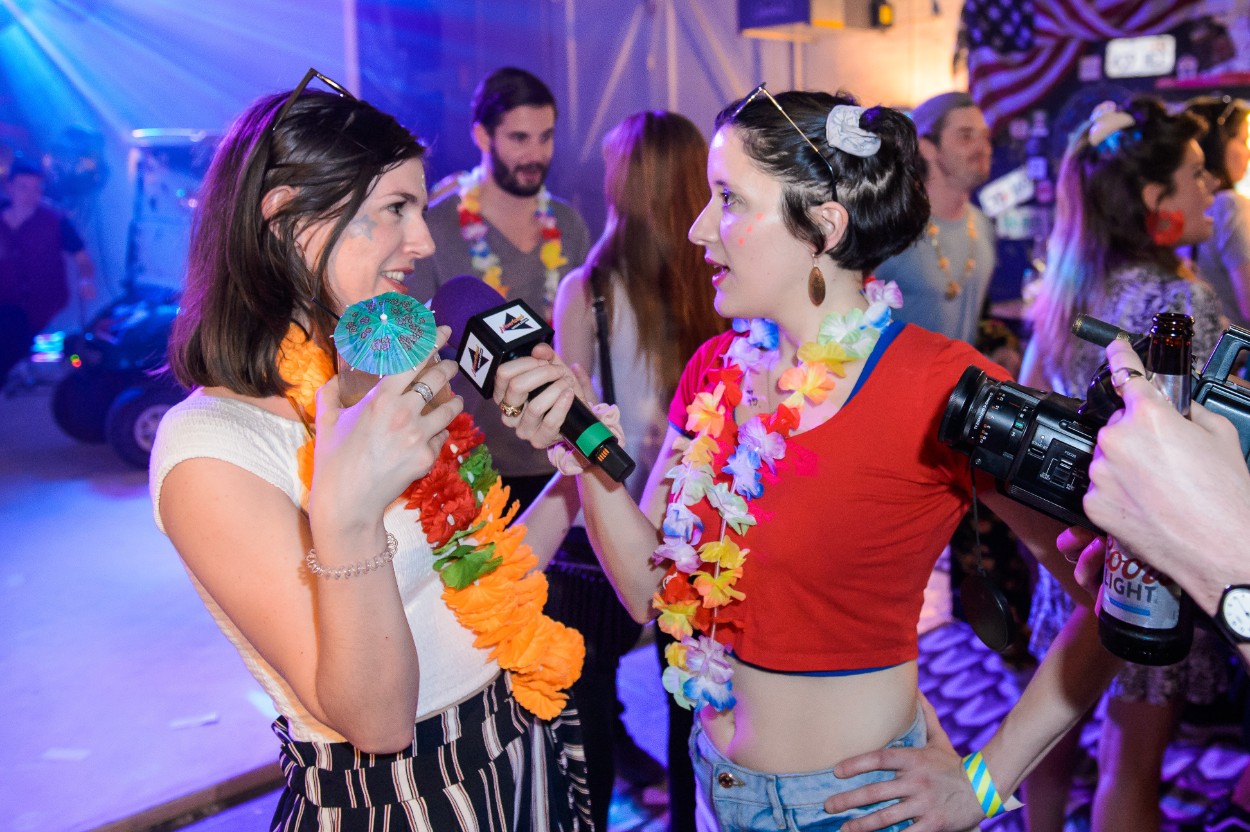 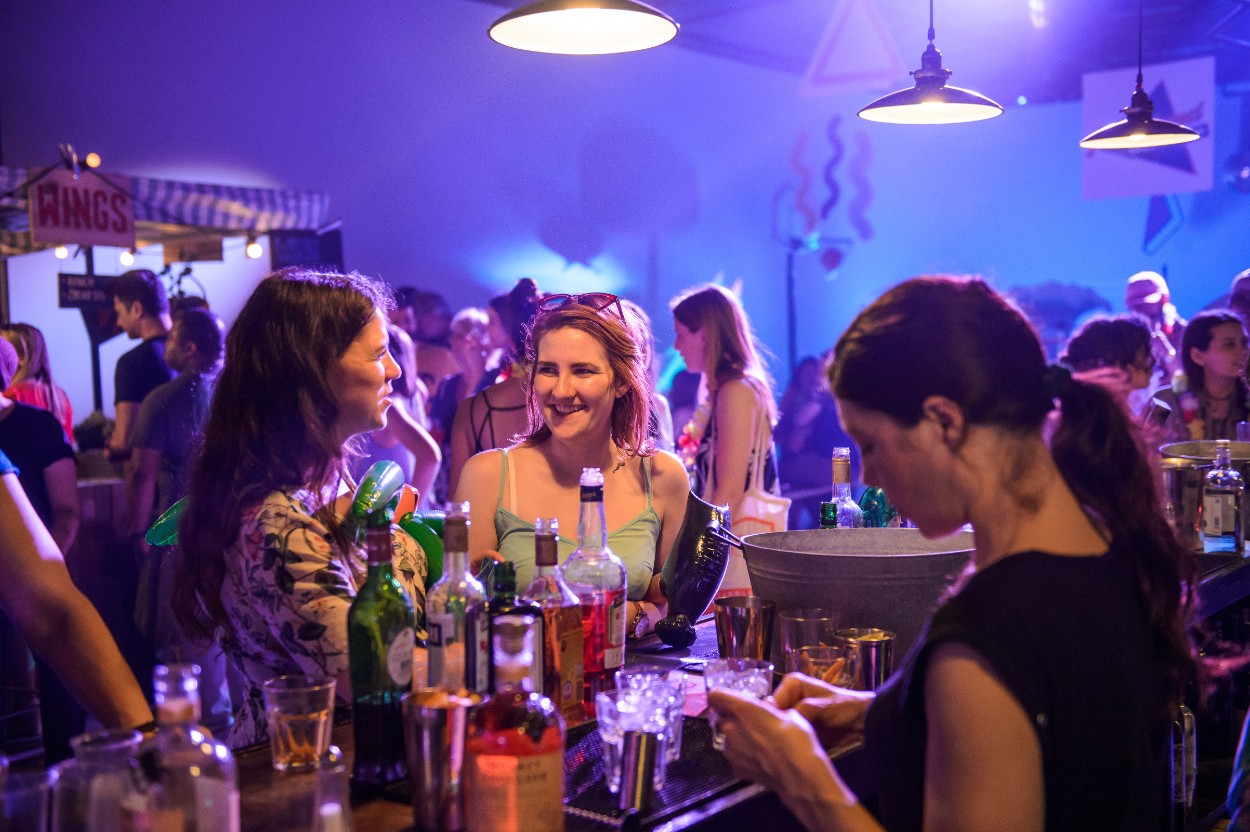 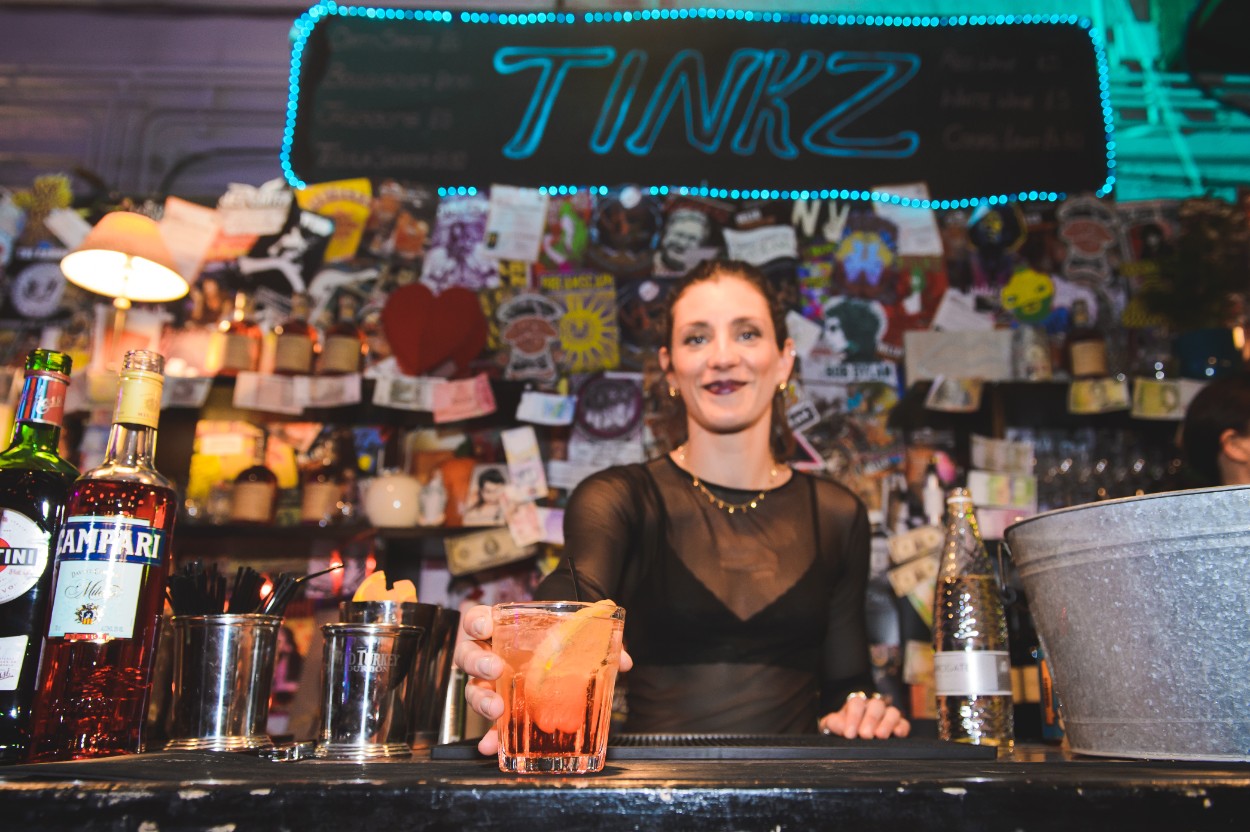 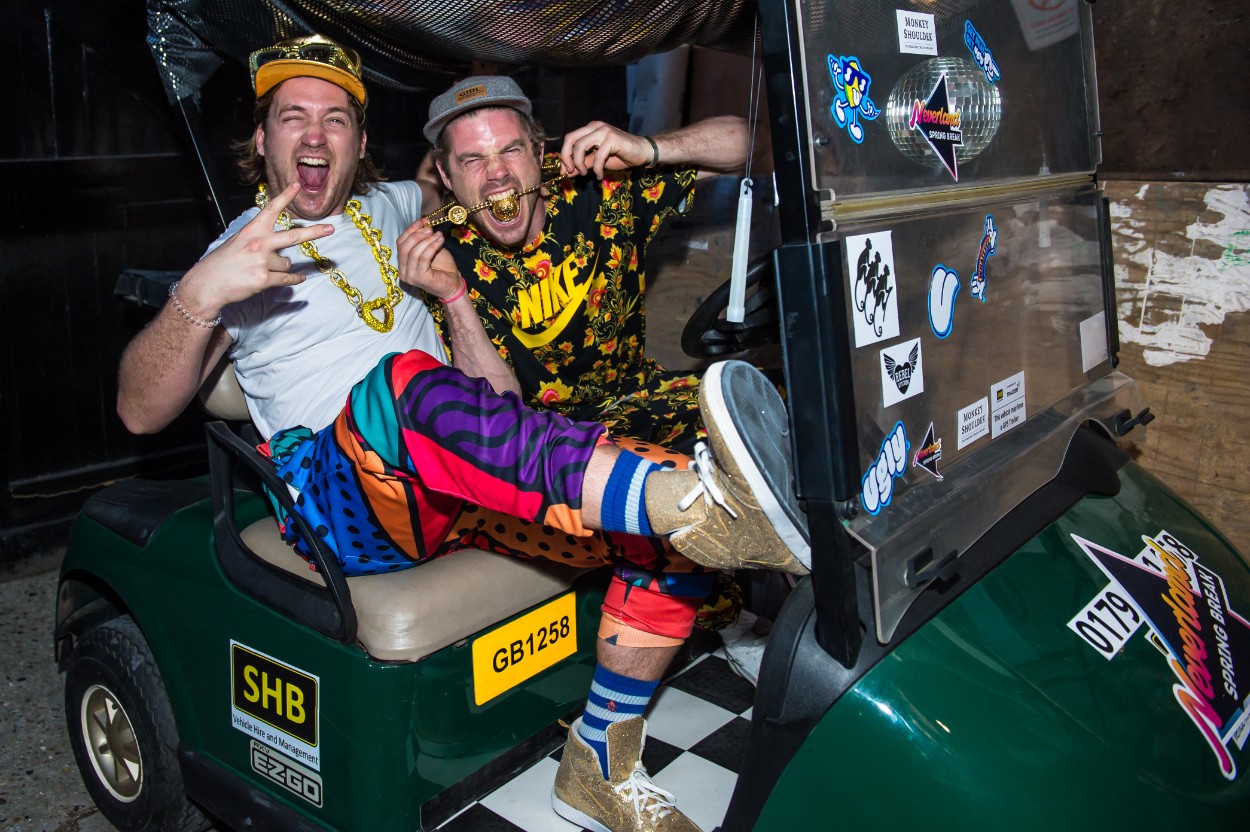 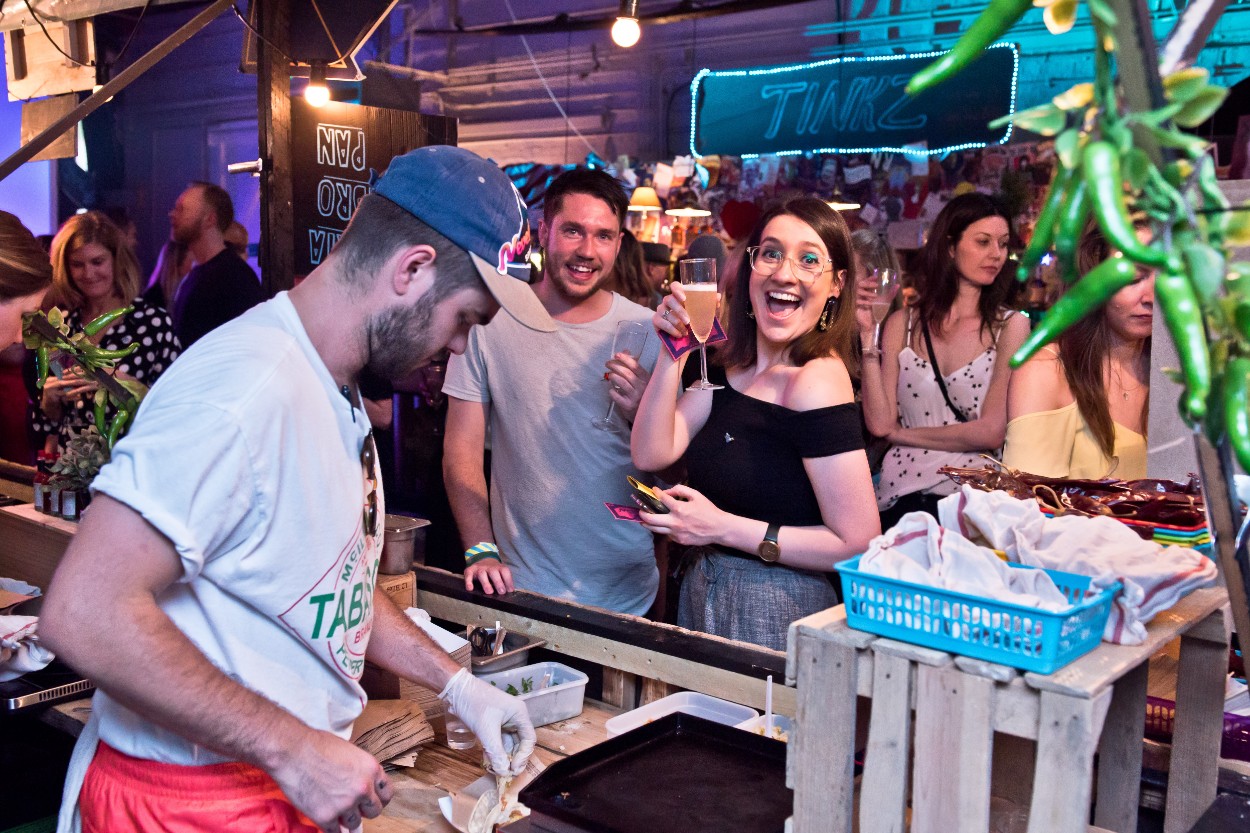 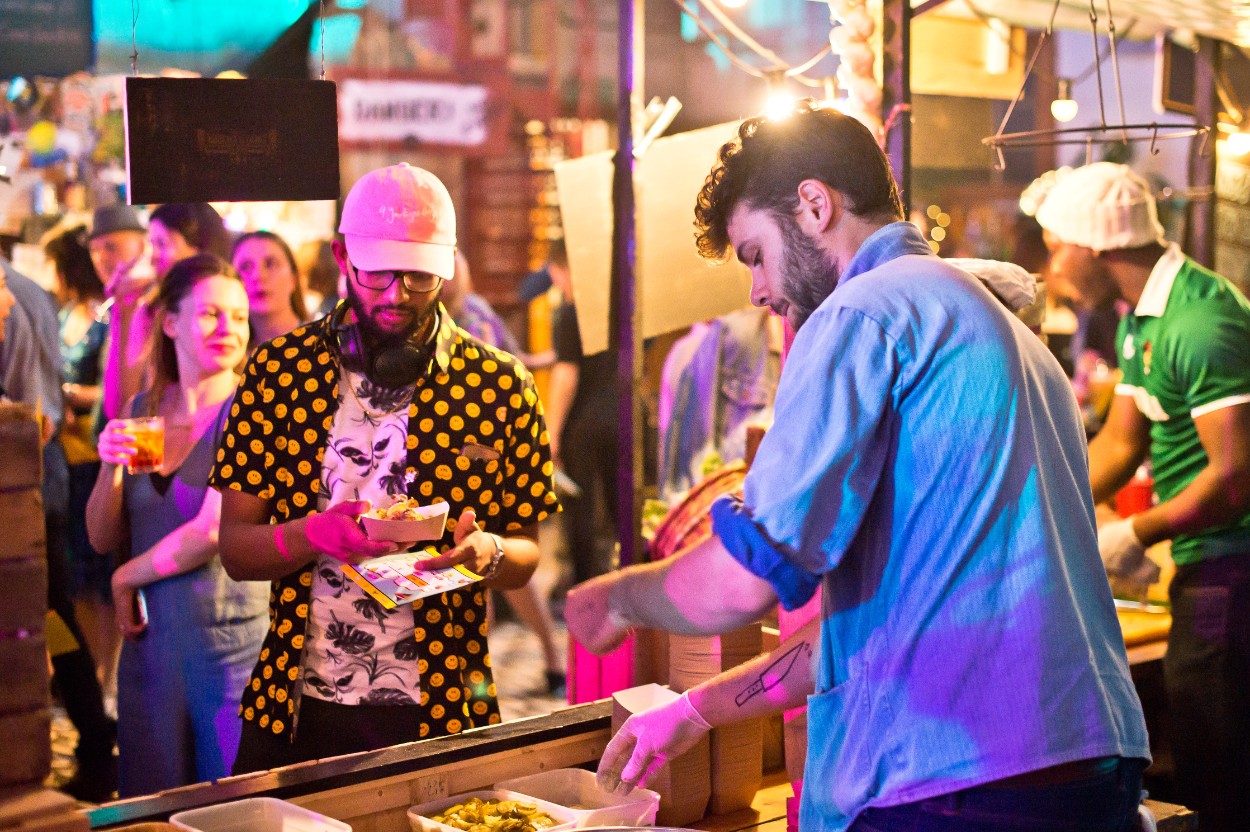 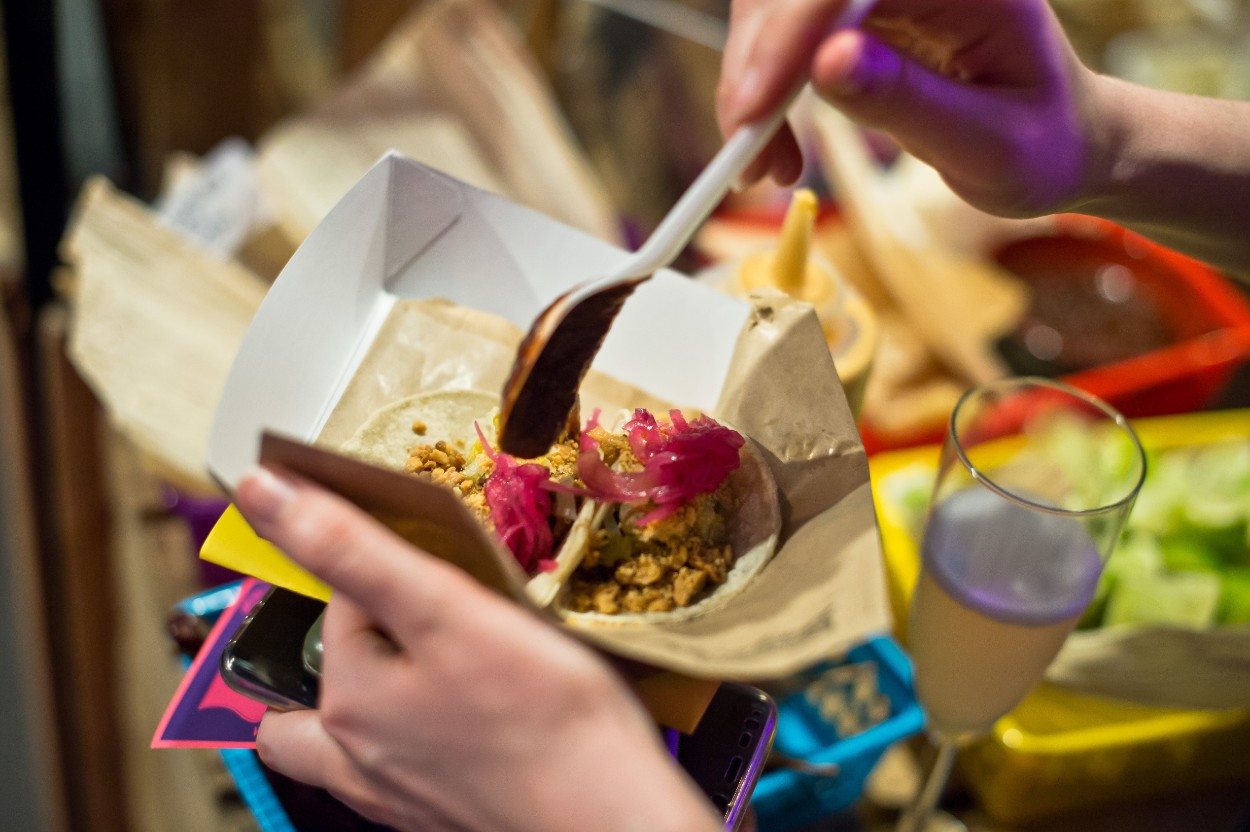 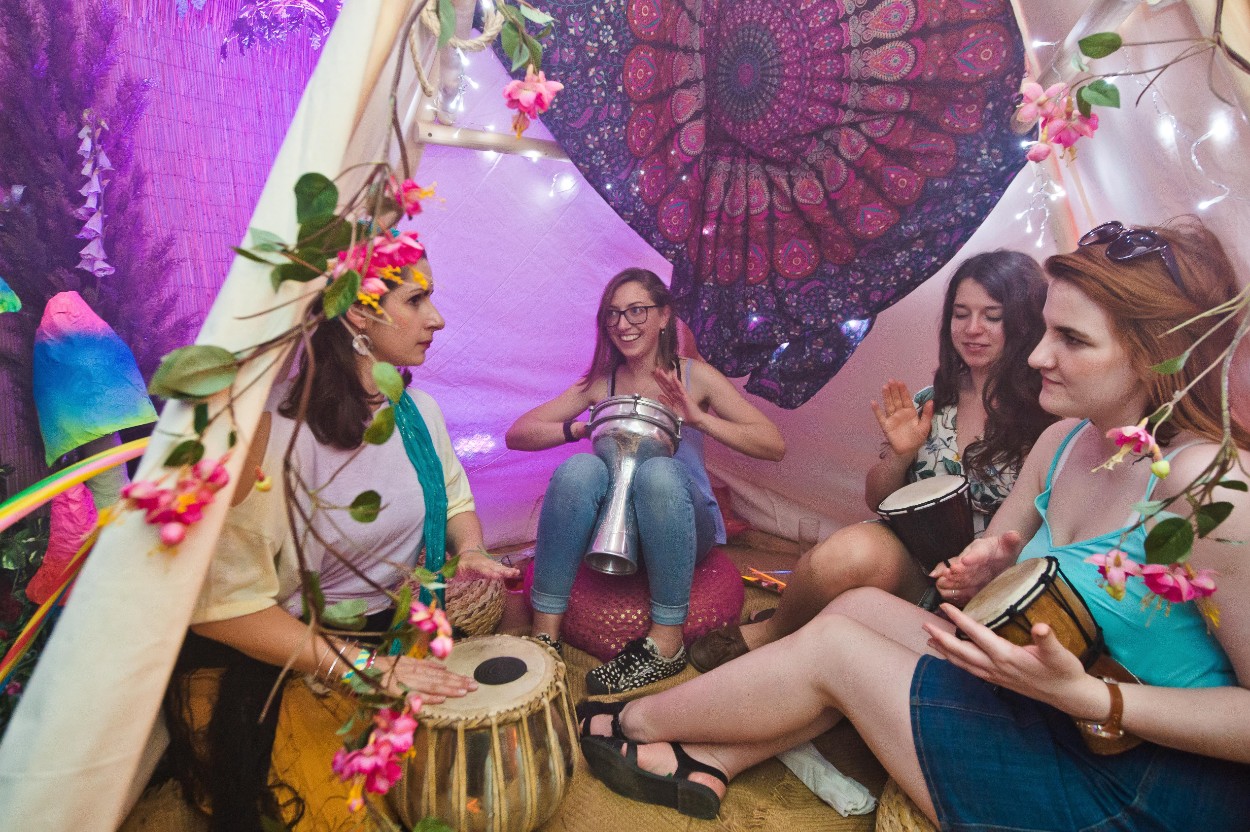 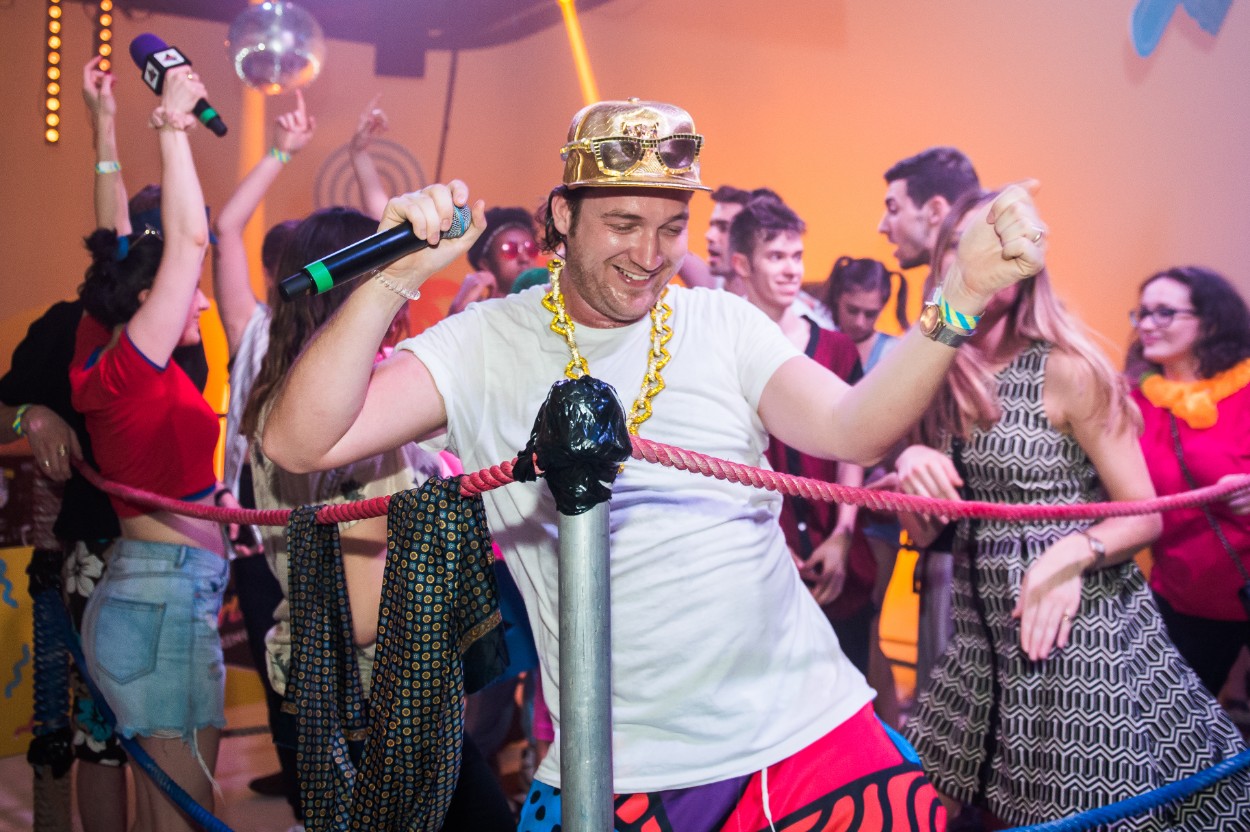 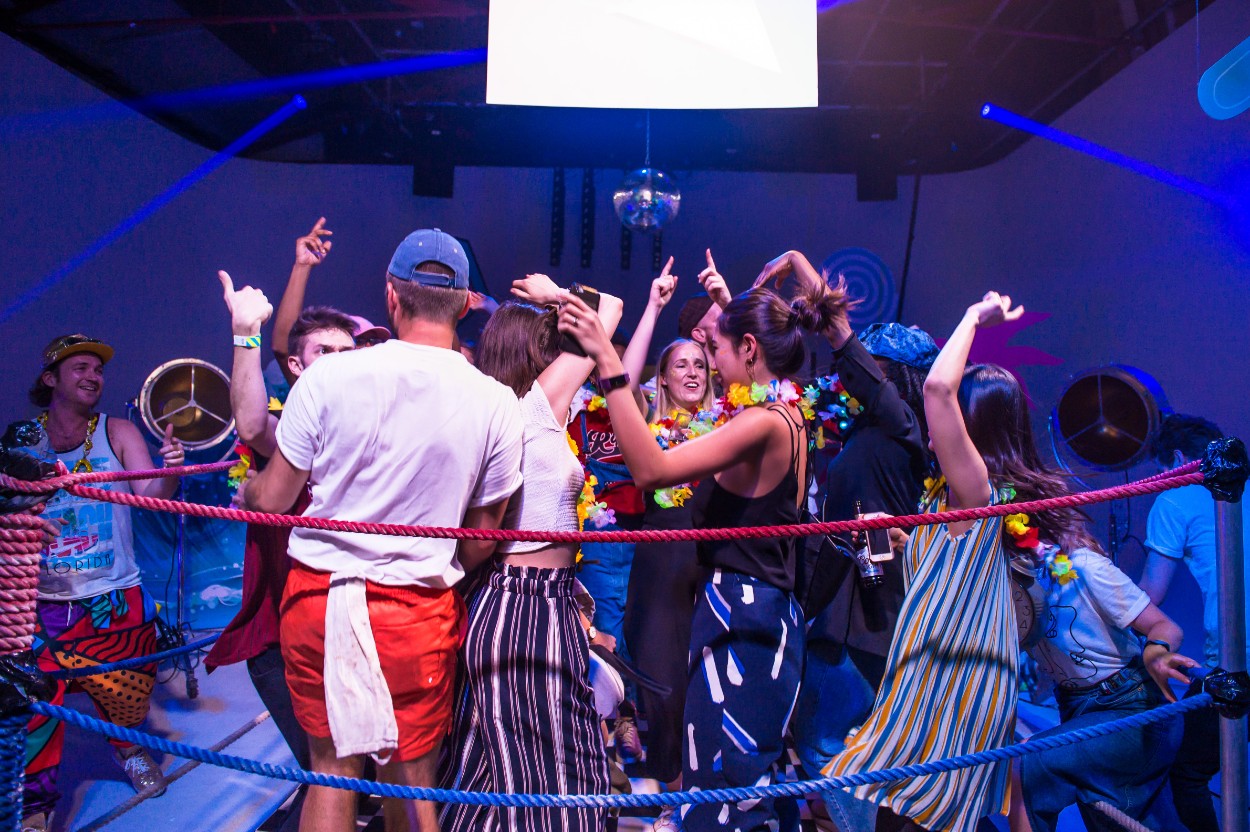 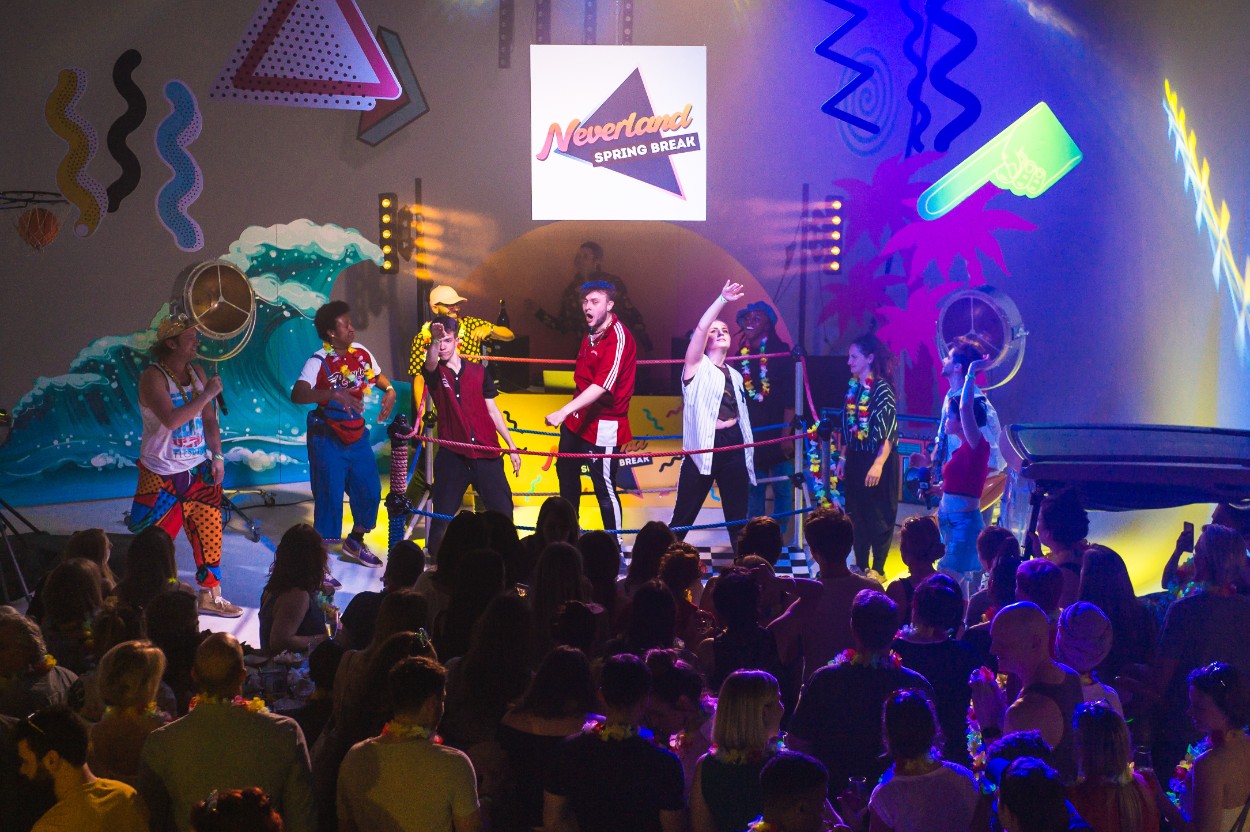 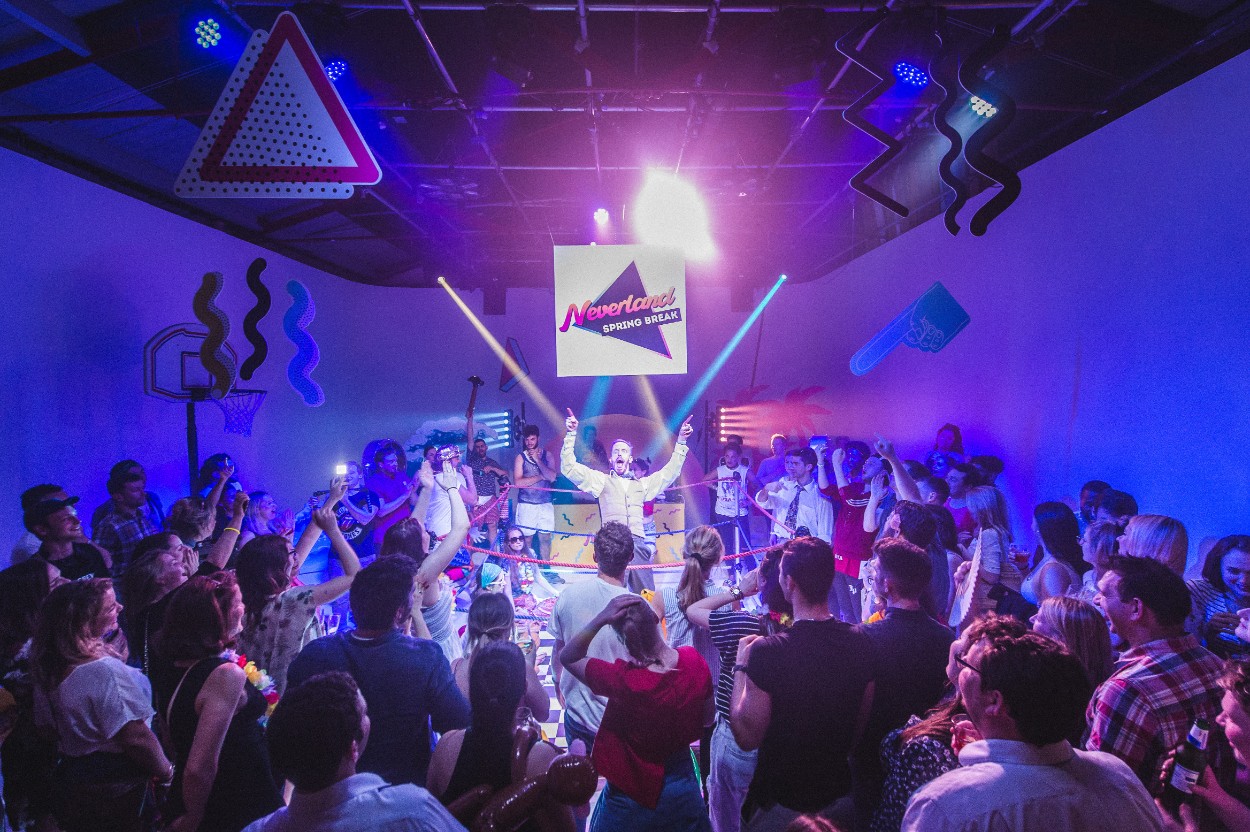 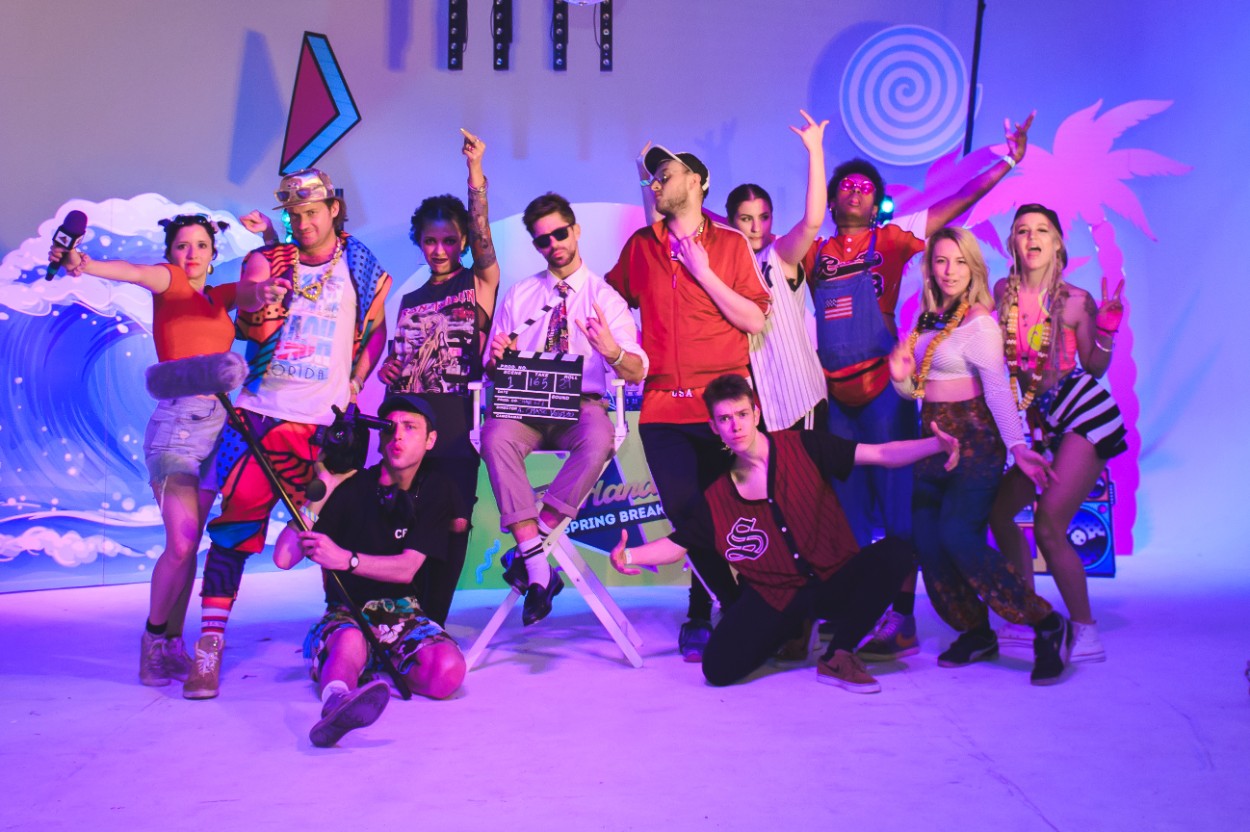 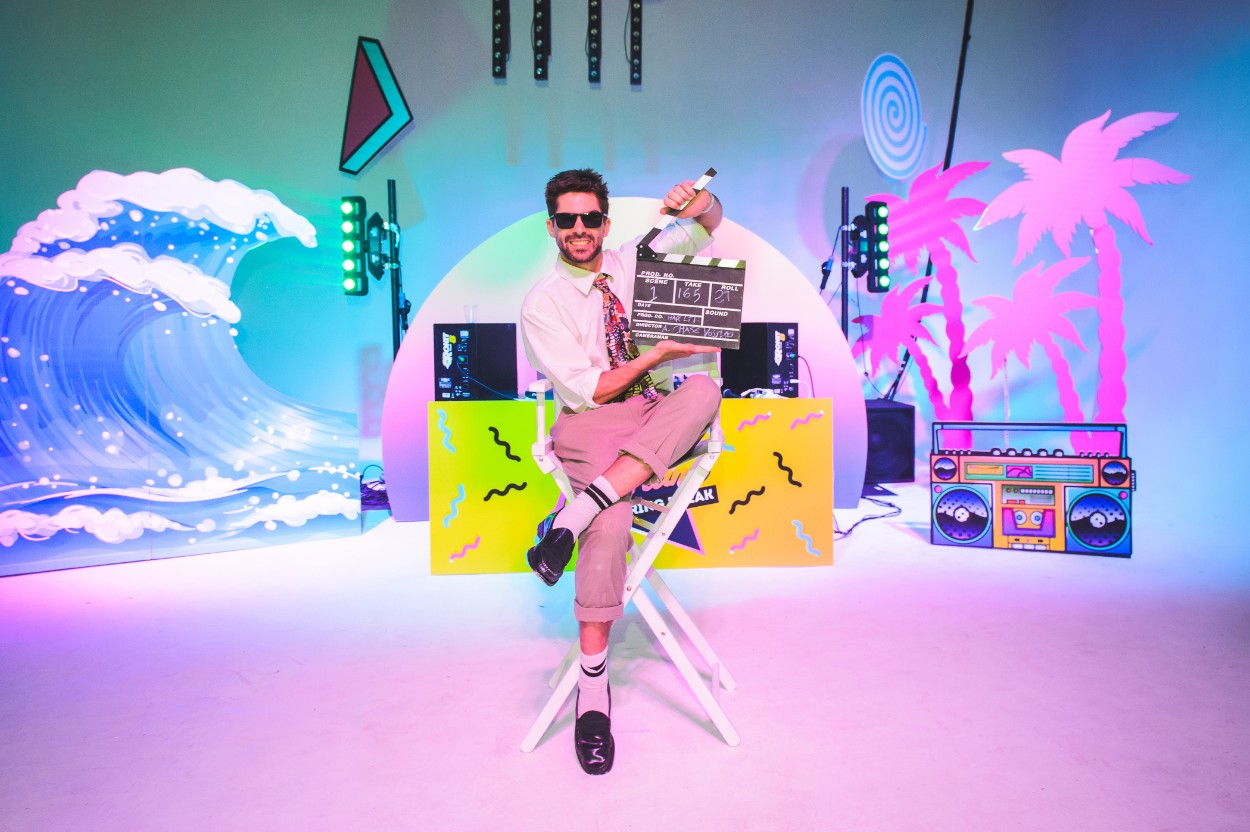 Shuttlecock Inc presented their take on the late ’90s MTV Spring Break for their most recent three-day event. NTV Spring Break took place at Park Village Studios over a weekend in April, where they created an immersive adult playground version of JM Barrie’s Neverland.

The studios were transformed into an array of intriguing setups, with guests first receiving a prickly welcome into the Darling’s House while being presented with a glass of bubbly from George and Mary Darling, parents of Wendy, John and Michael (apparently). 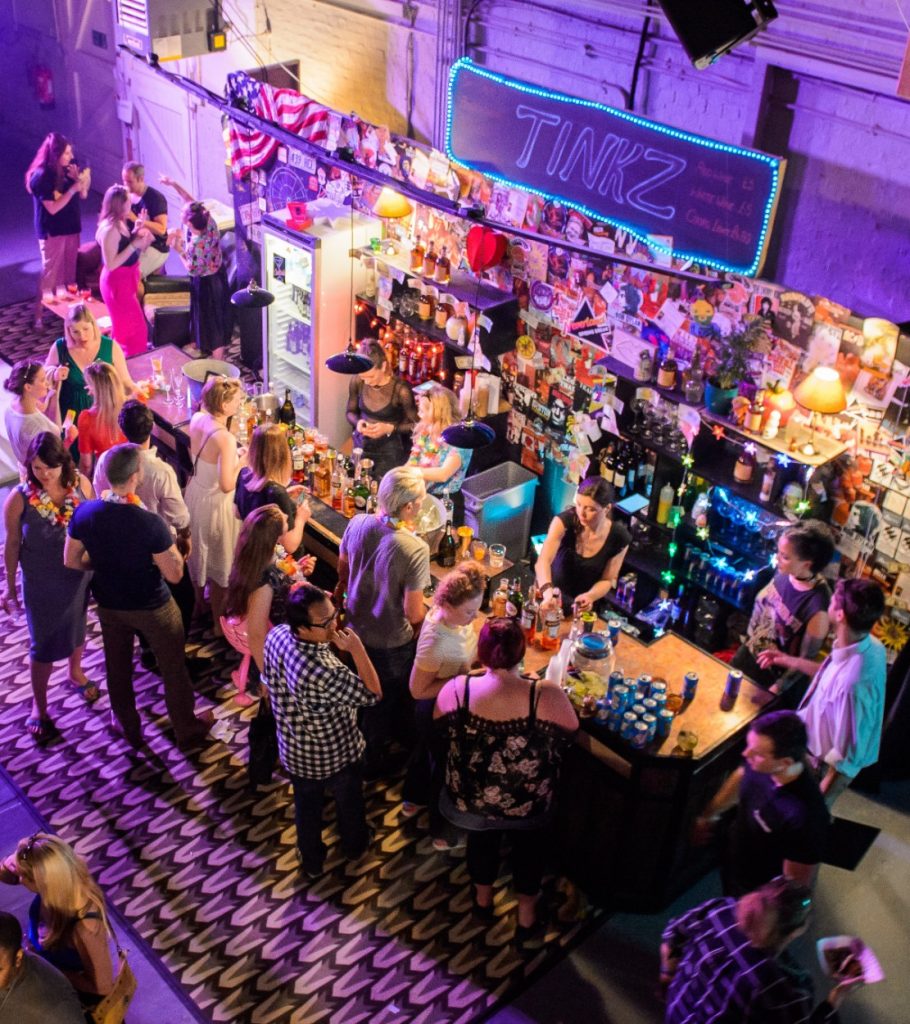 Once into the main studio space, there was the Lost Boys on the left – a group of bearded hipsters in ironic t-shirts, serving fish tacos with smoked chilli and burnt habanero, hot’n’sour wings, brioche three-cheese toasties with pickles, dulce de leche churros and more chipotle mayo than is strictly healthy – and Tinkerbell’s Bar on the right.

Run by a foul-mouthed, no nonsense fairy covered in ink and as hard as a rusty nail, Tink served up ‘Fukk’n Intense Dark’n’Stormies’ from an Austin-style dive bar filled with rockabilly memorabilia, neon signs and the sounds of a thrash metal soundtrack.

We somehow managed to convince Tinkerbell to give us a tattoo, which allowed us access to the ‘notoriously difficult to infiltrate’ secret East London gangster den, led by the Pirates‘ Jimmy ‘Ook. Those who didn’t manage to negotiate a meeting with Jimmy for perks (am thinking we missed out on the actual perks to be fair), could join the boys in a lethal game of red / black / high / low, and tuck into some barrel-aged Monkey Shoulder Boulevardiers. 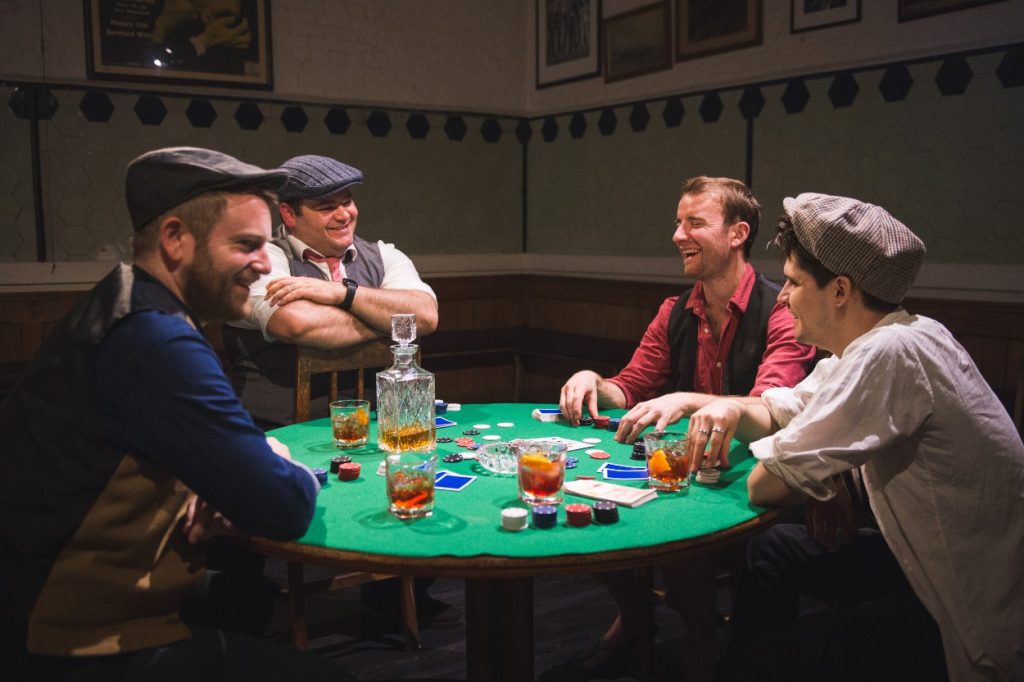 Tinkerbell’s Bar neighboured on to Croc’s Territory, sworn enemy of Jimmy ‘Ook. A Hip Hop legend complete with a clock on a chain around his neck and an entourage, the Croc – ‘a badass and the unofficial king of Neverland’ – was shooting his latest music video complete with backing dancers and b-boys sipping forties of malt liquor.

Just when we thought we’d seen it all, down a darkened corridor, behind the main studio, was the Neverland Camp, a place to chill among a group of new age rah-vers who wouldn’t be out of place on a Goan beach. Tiger Lily, Sebastian, Ziggy and friends sat among brightly coloured teepees, trippy Psy-trance flags and a (faux) campfire, which guests were invited to chant around, or try their hand at arts and crafts, have a massage, join a guru session or sip on Jarr Kombucha cocktails. 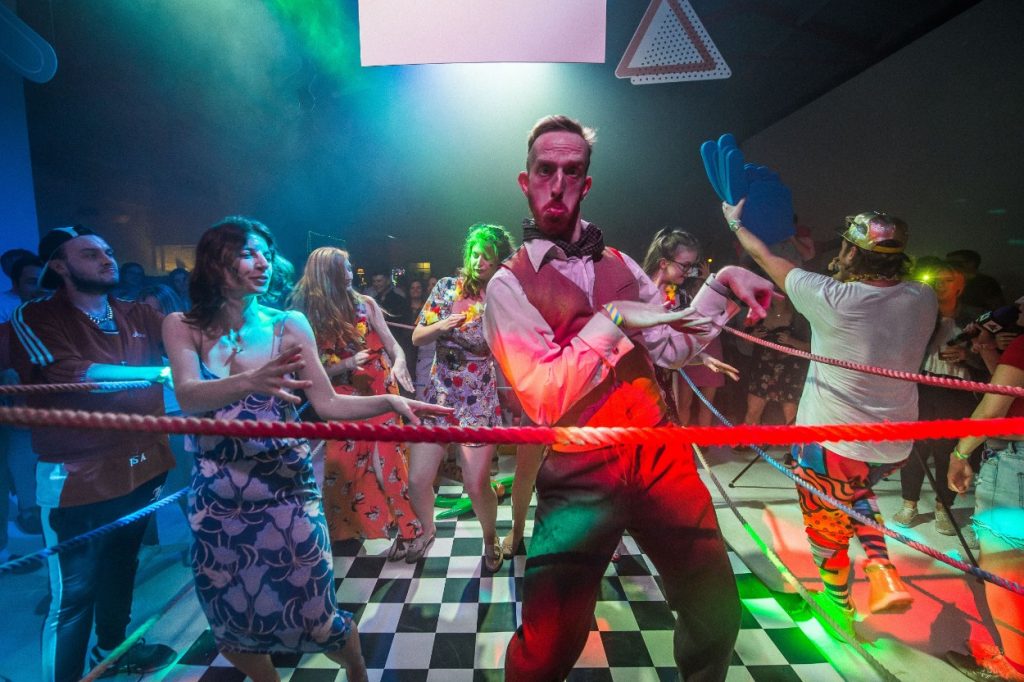 The ultimate grand finale, and most fun part of the night at Neverland, was the almighty NTV Dance Off, when the gangs congregated in the NTV dance studio, and took turns to show off their routines in the NTV boxing ring. Once the winner was crowned, guests continued the party to a DJ set by Seldom Cinq and his hype man Ya Boi JC.

NTV Spring Break marked five years of creating extraordinary experiences for Shuttlecock Inc, and the first public party for two years, for the company behind Mile High, Rumble at the Deli and The Blue Lotus Opium Den. FMS love something a little bit different from the norm, so whatever it is, we’ll definitely be up for the next one.