The follow-up to debut EP, Below Zero, finds anaïs once again challenging her listeners to be brave and relinquish control of the things that are out of our own power – a tribute to seeking freedom from anxiety and worry that you’re destined to come back to time and time again.

Born in Toulouse, France but of Senegalese, French and Italian origin, anaïs was moved suddenly to Dublin by her then single (and full of wanderlust) mother. Not speaking any English when she arrived in Ireland, she remained silent at school for seven months until she had perfected the language without any trace of a French accent.

Only two years later she was sent to spend a year in Dakar where her father had returned and where yet again she couldn’t speak the native language and struggled to communicate or feel at home. In her early teens anaïs made yet another move to Oakland, California to be with her mother, where her encounter with African-American culture finally led anaïs to have a sense of belonging.

Debut EP, Before Zero, began life when anaïs was studying at NYU at their highly prestigious Clive Davis Institute of Recorded Music where her friends and contemporaries were Arca and Gallant. With a move to London in the Spring of 2015 she began to make connections and further her music. It was these particular words from Nina Simone – “I’ll tell you what freedom is to me, no fear” – that heavily inspired the writing of her debut EP, unsurprisingly, the first track she shared back in January is an ode to her hero.

‘no control’ is out now. 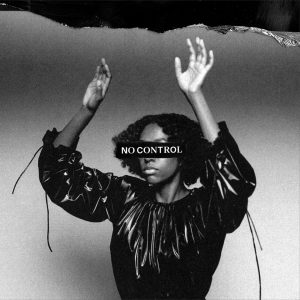