In the Studio with… Metronomy 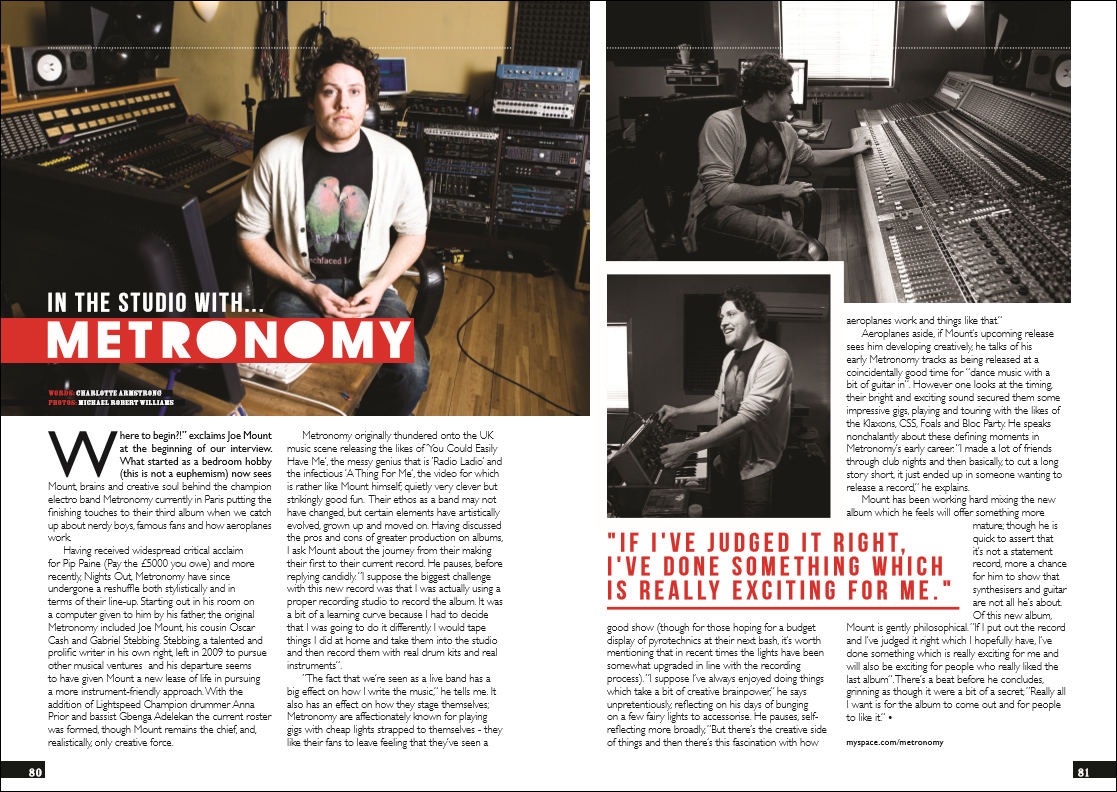 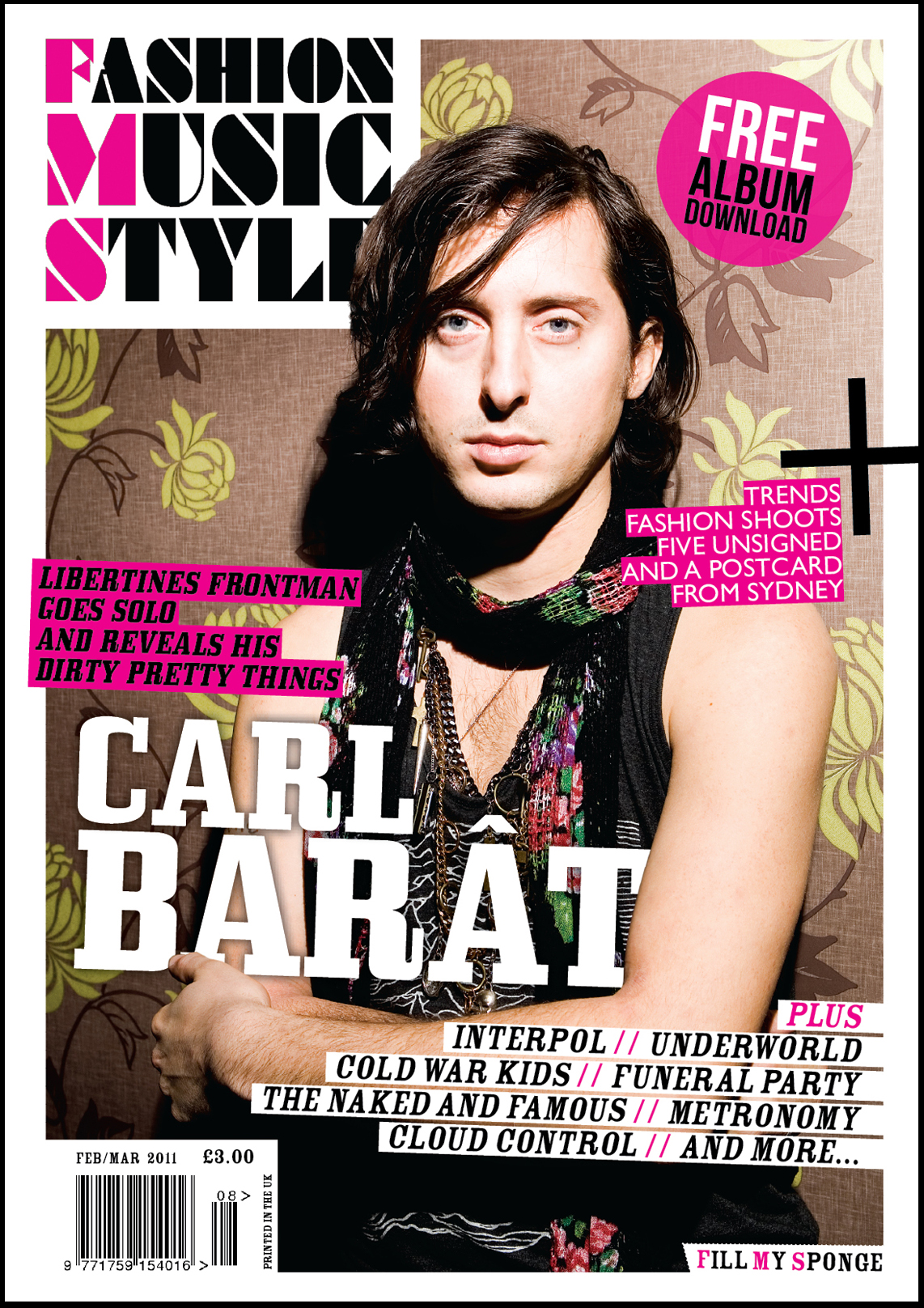 “Where to begin?!” exclaims Joe Mount at the beginning of our interview. What started as a bedroom hobby (this is not a euphemism) now sees Mount, brains and creative soul behind the champion electro band Metronomy currently in Paris putting the finishing touches to their third album when we catch up about nerdy boys, famous fans and how aeroplanes work.

Having received widespread critical acclaim for Pip Paine (Pay the £5000 you owe) and more recently, Nights Out, Metronomy have since undergone a reshuffle both stylistically and in terms of their line-up. Starting out in his room on a computer given to him by his father, the original Metronomy included Joe Mount, his cousin Oscar Cash and Gabriel Stebbing. Stebbing, a talented and prolific writer in his own right, left in 2009 to pursue other musical ventures and his departure seems to have given Mount a new lease of life in pursuing a more instrument-friendly approach. With the addition of Lightspeed Champion drummer Anna Prior and bassist Gbenga Adelekan the current roster was formed, though Mount remains the chief, and, realistically, only creative force.

Metronomy originally thundered onto the UK music scene releasing the likes of ‘You Could Easily Have Me’, the messy genius that is ‘Radio Ladio’ and the infectious ‘A Thing For Me’, the video for which is rather like Mount himself; quietly very clever but strikingly good fun.  Their ethos as a band may not have changed, but certain elements have artistically evolved, grown up and moved on. Having discussed the pros and cons of greater production on albums, I ask Mount about the journey from their making their first to their current record. He pauses, before replying candidly. “I suppose the biggest challenge with this new record was that I was actually using a proper recording studio to record the album. It was a bit of a learning curve because I had to decide that I was going to do it differently. I would tape things I did at home and take them into the studio and then record them with real drum kits and real instruments”.

“The fact that we’re seen as a live band has a big effect on how I write the music,” he tells me. It also has an effect on how they stage themselves; Metronomy are affectionately known for playing gigs with cheap lights strapped to themselves – they like their fans to leave feeling that they’ve seen a good show (though for those hoping for a budget display of pyrotechnics at their next bash, it’s worth mentioning that in recent times the lights have been somewhat upgraded in line with the recording process). “I suppose I’ve always enjoyed doing things which take a bit of creative brainpower,” he says unpretentiously, reflecting on his days of bunging on a few fairy lights to accessorise. He pauses, self-reflecting more broadly, “But there’s the creative side of things and then there’s this fascination with how aeroplanes work and things like that.”

Aeroplanes aside, if Mount’s upcoming release sees him developing creatively, he talks of his early Metronomy tracks as being released at a coincidentally good time for ”dance music with a bit of guitar in”. However one looks at the timing, their bright and exciting sound secured them some impressive gigs, playing and touring with the likes of the Klaxons, CSS, Foals and Bloc Party. He speaks nonchalantly about these defining moments in Metronomy’s early career. “I made a lot of friends through club nights and then basically, to cut a long story short, it just ended up in someone wanting to release a record,” he explains.

Mount has been working hard mixing the new album, which he feels will offer something more mature; though he is quick to assert that it’s not a statement record, more a chance for him to show that synthesisers and guitar are not all he’s about. Of this new album, Mount is gently philosophical. “If I put out the record and I’ve judged it right which I hopefully have, I’ve done something which is really exciting for me, and will also be exciting for people who really liked the last album”. There’s a beat before he concludes, grinning as though it were a bit of a secret; “Really all I want is for the album to come out and for people to like it.”