Ask the DJ: BEL – 10 Songs That Make Me Feel Alive

“Melancholia provides an introspective depiction of what it’s like to be inside my head,” tells the artist (Isabelle Rich), who worked with acclaimed producer and collaborator John Castle (Vance Joy) on her debut. “Lyrically, it’s rich in raw emotion and personal truth. Our minds can make us think and feel all sorts of interesting and strange things, but it’s how we consolidate these sentiments that defines us as people.”

Check out the top 10 songs that make BEL feel alive.

“A serious tune. That chorus takes me to heaven; a place I don’t even believe in. No one rouses me up quite like BANKS.”

“I am playing a festival here in AUS that includes Sampa. This song first got me interested in her. It’s undeniably fierce with a strong message. Revolutionary stuff.”

“Her lyrics, painfully honest and tough. The raspy edge in her voice makes me feel powerful. I have a soft spot for women who openly speak up about what they deserve and expect.”

“Sampha is a new discovery of mine. The production in this track turns conventionality on it’s head. His vocals perfectly juxtapose the harmonics. I am in love, a dream artist I would love to collaborate with.”

“Don’t be fooled by this track’s down tempo aesthetic. The melody is powerful, the drums heavy. Some of the most quiet tracks have the most powerful effect.”

“I have a soft spot for production that includes samples from the oriental. I like that today in secular music society we are embracing sounds from all over the globe. In juxtaposition to these elements, Ecca’s brutal vocal makes me feel like anything is possible. I listen to this one when I need a confidence booster.”

“This track has a slow progression, but it’s worth persisting through. Some tracks we can’t cognitively explain why they make us emotional. For me, this is one of those tracks. It’s something about those hypnotic beats and whispy vocals that make me cry. Maybe it reaches something in my subconscious? I’m not sure, but I feel it every time.”

“This is one of her older tracks that not many people know. However, it deserves just as much limelight as her recent tracks. ‘Ache’ is such a powerful title, and this song encompasses all emotions surrounding the word. Sometimes you feel most alive when you are truly in touch with how you feel. The sombre vocals make it super easy to embrace this.”

“A song that makes me feel anything is impossible. Those icy beats matched with those gorgeous minor melodic parts take me so far from reality. A true audible masterpiece.”

BEL’s six-track debut EP will be released in the Australian summer. 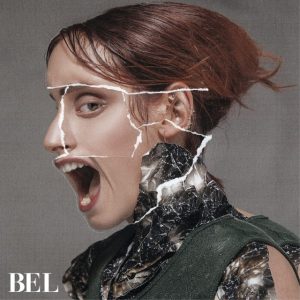