Ask the DJ: Cristobal and the Sea’s End of Summer Playlist

As autumn officially nudges its way into the Northern Hemisphere, Cristobal and the Sea get set to release their brand-new album, Exitoca (a proposed evacuation to the recent mires of Brexit), via City Slang.

“And there’s another summer that’s almost over…!” exclaim the London-based expatriates from Portugal, Spain, France, Egypt and the USA, whose Balearic roots are inseparable from their essence. “We’re sure that you got just enough good vibes and vitamin D to last you for a good while, but, in any case, here’s a little something to help you, should you need it. Peace x”

“This is just a summer favourite.”

“Memory – the mother of the Muses.”

“Plenty of good times ahead, people!”

“Did we already say that there are plenty of good times ahead?”

“These guys just keep putting out good songs! Who’s good for that long?”

“This one is so strange and satisfying…!”

“What would summer be without some serious pop hits?”

“It’s like his guitar is talking to the sunset…”

Cristobal and the Sea’s Exitoca is out on September 22nd via City Slang. 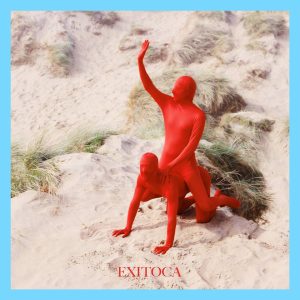