Ask the DJ: Elle Exxe – 10 Tracks to Prep Yourself for an exXtravaganZza

Next week sees the launch of Elle Exxe‘s exXtravaganZza, to celebrate the release ‘Lately‘, the first track to be taken from upcoming debut album Love Fuelled Hate, due for release on September 9th.

The electro-clash starlet’s night will feature performances from Iris Gold and Robin Boot’s side-splitting ‘Rockomedy’. DJs will also be spinning tracks throughout the night, with a welcoming set from super cat model Pussy LaRae.

“On 6th July I’m hosting my first event – the Elle Exxe exXtravaganZza,” tells the artist, “a night of exxtra special guests, exxplosive performances and exxtremely exxtravagant give-aways. A night that needs to be exxperienced. These 10 tracks will be turnt-up as I slide into my outfit, draw my eyeliner flicks and boost my hair to the heavens. It’s a confidence boosting ‘let me blow ya mind’ typa groove, moving to a wild dynamic explosion of sound. I call my fans ‘exxterminators’, because they always kill it. This playlist is for them to get in the mood to walk in to the exXtravaganZza like they own it and prepare to let loose.”

Tickets are available for free, exclusively through Ticket Web, and the next event will take place in August.

Love Fuelled Hate is out on September 9th. 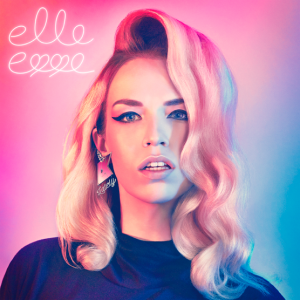