Ask the DJ: Ivan Dorn – 10 Sizzling Tracks That Get Me In The Mood For Summer

Dorn followed the success his 2011 debut album, Co’n’Dorn, a unique blend of 90s house, pop, nu-disco, funk and free jazz, that came as a breath of fresh air to the suffocated Eastern Europe pop scene, with Randorn (2014), an album that would redefine him as an artist and bridge the gap between the underground and the mainstream.

Last year, he founded Masterskaya, an independent music label focused on bringing the exciting sound of Ukrainian underground to the main stage, and spontaneously moved to Los Angeles to start recording his first English-language album, where he quickly found himself inspired by the ocean breeze and palm trees. His US debut album is now on its way, and will feature a tight selection of tracks that, like Dorn, don’t follow the rules.

Check out his most recent track, ‘Beverly‘, and his playlist of summer sizzlers.

‘Right from the get-go this one feels so bright and simple at the same time, that I’m immediately glued to these keys. And when the complete rhythmic rainbow shows up, I become a total hostage of this beauty, dancing in my mind and imagining that I’m the most badass dancer on the busiest street! I feel this idea of ‘barely in love’ very well: it goes in-sync with the music itself! All my demons shut up for the duration of this track and I feel alive!!!”

I’m picking my most favorite tracks here, the ones that are intertwined with the best moments of my life! It’s usually a familiar scenario: I’m stuck in a traffic jam, I’m sitting by the ocean (the last part on the 5 Must-See Things list). ‘Sportivnaya’ is my very first and brave step into the game of experimenting with myself, without setting any goals or knowing the outcome. I got such kicks out of working on this music, that I knew I had to put this song on this list. Even though the drum-set could’ve been better presented!”

“The sole vocal sample in this track gives me an opportunity to focus on the instruments without paying too much attention to the lyrics. And that’s how I’ve fallen in love with the best (for my taste), instrumental part of the Let’s Push It album! These MIDI brass sounds are unexpected here, rough but in harmony! Like a leaf branch on a pine tree, it’s pure excitement.”

“Recently (but most likely forever) I’ve fallen in love with badass vocal and lyrical decisions, when one sentence is used throughout the whole track. I’m entering a trance state, which is very true and rich with good vibes. The combo of Bonobo and Triana is, for fuck’s sake, the best decision of Simon Green’s entire career.”

“Feels like these dudes from Broncho recorded this track at some Californian surfer’s bachelor pad, filled with the aroma of weed, freedom and rebel spirit. I’m sure it was a fast one to make, too, as this vibe of easy-going phlegmatic optimism can only be created fast, with no overthinking. That’s why I dig these guys – sometimes I wish I was as relaxed as they seem to be.”

6. Clark & The Community – ‘Jesus And The Stormtroopers’

“Guys, here’s the most genius out of all the crazy tracks out there: drunken fader, which brings the whole track into loud silence, causing me to orgasm like a musical daredevil and making me put this track in the “references of my life” section. All the pleasant fuss in this track is created in such delicious slow-burning way, that you can savour it in a new way with each listen. This musical draft is like a dumpling dinner, when you simply have to lick the pickle juice from the plate and dip your fingers in the tomato sauce.”

“The juice comes out when the bass changes its melodic rhythm for the first time right in the middle of the song. I love this trick: when the seemingly familiar sequence lights up with a sudden bass-change. Vocals here are all hooks, hitting you left and right, prompting you to quickly get up after a knockdown rather than finish the dance with a knockdown.”

“The most remarkable for me here are the amazingly seductive combination of Kiedis’ voice on the front and the voice of some other ‘pepper’ in the back, when they’re singing “just a mirror for the sun” together. The song, with its guitar riffs, brings this elusive dreamy sadness feeling, as if you’re sitting by the bonfire bursting with ideas that never came to fruition. I love listening to this song when I have to listen to it, with no disturbance whatsoever!”

“I do envy this guy in the most positive way: he can mix absolutely un-mixable ideas in his music. He’s strategic, deep, rhythmic, emotional, melodic and revolutionary – and, fuck, you can hear all that in ‘Timeless’ alone! The impression will stay with you forever, at least it stuck with me after I’d heard it for the first time. The energy in the music is fading, but the groove is growing – that’s the secret of a cotton-like lead, that cheerfully jumps on the semitones.”

“The most harmless album of my life – Salad Days! It feels like one big song, starting with the eponymous track. It’s “harmless” in a way that you’re as far from getting sad as possible: you don’t want to think about any of your everyday life’s chores. You just want to get lost inside these riffs and Mac’s sluggish vocals. And when you need someone to create sunny mood, he’s your guy. His music makes me drunk and happy, no alcohol needed. La-la-la-la…”

Ivan Dorn’s ‘Beverly’ is out now. Album to follow soon.

You can listen to all Ask the DJ playlists on the FMS Magazine Spotify channel. Find Ivan Dorn’s playlist HERE. 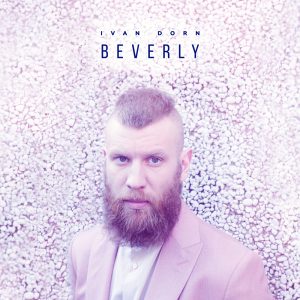