Emerging Nordic talents, Oliver Nelson and Tobtok, are best known individually for their melodic Future house. Oliver Nelson is a resident DJ in Europe for the tastemaker French label, Kistuné. He recently collaborated with the leader in Tropical house, Kygo, on ‘Riding Shotgun’ for the artist’s second album, Kids In Love. Tobtok (aka Tobias Karlsson) has built a great name for himself making powerful connections and collaborations on the international dance music scene. In 2015, his single, ‘Fast Car’ (a cover of Tracy Chapman’s 1988 classic) with vocals from River became an international smash with over 29 million streams on Spotify

The two artists have recently teamed up to rework ’80s party classic ‘99 Red Balloons’ by Nena: “We decided to maintain the ’80s vibe yet make it contemporary and used the iconic bassline as the lead-melody and it turned out a really cool mixture!”

In light of this, they’ve put together their Top 10 ’80s songs, all gleaned from great movie classics.

“Prince is royalty! One of the most talented songwriters of our time.”

“This movie probably has the most recognizable soundtracks ever so we had to include this gem.”

4. Bonnie Tyler – ‘Holding Out For A Hero’ | Footloose

“We just love the hi-hats!”

“Tobtok – I’m a massive Dan Hartman fan so this pick was a must!”

“One of the best teenage-movies ever made and the ending with soundtrack is iconic.”

“When we need a workout after a long day in the studio we put this on and do some push ups.”

“We just love the Brass-synths in this one!”

“We both love Mad Max and Tina was an absolute boss in this movie.”

“One of the best movies ever!” 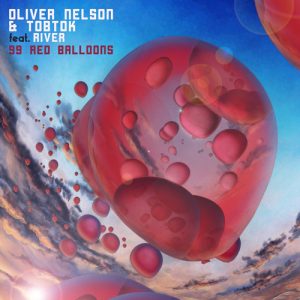