Ask the DJ: Pablo Nouvelle – Top 10 Tunes from the Alps

“Wired is an accumulation of fantastic partnerships with different songwriters, musicians, singers and producers; people I have been wanting to work with for a long time,” explains Nouvelle. “To have them gathered on this album is an amazing thing. In addition to the voices I have worked with before, like Lulu James and Fiona Daniel, there is UK soul singer, Andreya Triana (known from her work with Bonobo, Flying Lotus etc.), Cameron Bloomfield (who co-wrote, sang and played on different tracks), a Swedish artist called Sister, American singer Hanna Lees and a young British singer called Conrad. Also, the song ‘Careless’ was co-written by rising Canadian starlet, Jessie Reyez.”

Nouvelle turns his focus to the Alps for his playlist, however. “Only a few years back we tried to hide behind our mountains, ‘cause no one thought the quality of our temporary music could keep up with the rest of the world. But here we are. It’s 2018 and I can hardly break it down to ten acts from my home country that I think are worth being heard. You most likely don’t know their names yet, ‘cause we mountain people are still preferably hiding in the hills, but take those 10 songs as a map, and start digging for the gold.”

“Len Sander just released their second album, The Futures Of Lovers. This is the last song on the album. And the most cinematic. I was already a huge fan of their debut album, but this is on another level.”

“Also this Song, taken from Audio Dope’s self-titled debut album, has only been released a few weeks ago. Obviously inspired by one of my all-time heroes Bonobo, this album with its mainly instrumental songs, is timeless.”

“James Gruntz is well known in our lines of latitude. With his third album, Waves, he focuses even more on his unique, complex but effortless vocal performance, which makes his sound distinctive.”

“What a banger! Flex Fab is probably the most energetic producer of our country. He’s currently touring the world with his solo show.”

“My former drummer is not only a multi-instrumentalist and ingenious singer but also an outstanding songwriter. Besides playing in over five different bands he released a small album called Magnus. One that gets better each time you give it a spin. At the moment ‘Magnus’, the title track, is my favourite.”

“A young emerging band coming from the same label as Rio called Red Brick Chapel. A bit Alt-J’ish, makes me want to jump on a surfboard and duck dive under some saltwater waves. Except that I’m actually not into surfing at all and I’d rather climb one of those hills in front of my door.”

“I met Mark Kelly for the first time when he played in a little Bistrot in Bern and he tried to smash his drummers instrument with his guitar, while playing some far too loud, angry but honest songs. Music is emotion, and Mark is probably the most raw and wholehearted advocate of it.”

“Sensu’s home is the young and emerging label Quartz Records, where also Switzerland’s Flume called Cella just released his debut EP. Her productions are super smooth and I can’t wait to hear her upcoming debut album.”

“Melodiesinfonie is Zürich’s Jazz enthusiastic, Beatmaker number one releasing his stuff currently on Soulection. You will find him in between some dusty bossanova samples finger drumming a limping drumbeat.”

“I don’t know nothing about Danitsa, but that she is super versatile and that there will be a lot more to come. Until then I’ll be playing ‘Remember Me.’” 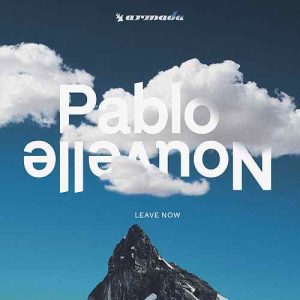