Ask the DJ: SIRMA – 10 Tracks I Listen To For Inspiration

NYC based – Istanbul born – SIRMA is an artist, songwriter and producer who blends Alternative Pop with Electronica.

Having worked and collaborated with bands and artists from a wide range of genres, including experimental rock band Helicopria and Dubstep producer Illenium, SIRMA returned to writing, recording and producing at her home studio in Brooklyn to develop her own sound. The first product of this seclusion and self-discovery is the To Love EP, which is set for release in early 2017 and follows recent single, ‘Dancing Into Life‘.

“Every now and then, I find myself obsessing over certain artists and even certain songs,” tells SIRMA. “Sometimes it takes me weeks to get over them, sometimes months- even years. This is a compilation of some those old and new tracks that I – for whatever reason – am obsessively inspired by.”

“Been an avid fan of hers for over 10 years now, and if I ever had to name an idol, it would be her. Hard to pick a favorite song, but I think ‘Pagan Poetry’ is absolutely timeless.”

“She’s an artist, through and through. Out of all the musicians in my generation, she’s currently my favourite. ‘Realiti’ is somewhat more special to me than the rest of her songs though, because when I first heard it, my reaction was, ‘Damn. I wish I had written this song’. The chorus especially really resonates with me.”

“I remember being absolutely blown away when I first heard their album, The Understanding. I love how they approach electronic music almost like a classical music composer would. Every detail so well-thought-out. ‘What Else Is There?’ is the perfect example to this.”

“They caught my attention with their latest album, Another Eternity. Juxtaposition of angelic vocals and aggressive beats at its best. I love the constant sense of innocence in their high energy single, ‘Begin Again’.”

“When I heard HANA’s song, ‘Underwater’, in The AC!D Reign Chronicles, I knew I had to look her up. Her brand of electronica sounds other-worldly but very current at the same time.”

“Didn’t listen to much Tropical House & Chillwave until Goldroom, but I find his sound very inspiring. Kept coming back to his tracks a lot while I was at the production stage of ‘Dancing Into Life’. ‘Tradewinds’, particularly, was on repeat for a very long time.”

“I was taking a summer course on music production at London School of Sound in 2011, and a classmate introduced me to Chase & Status’s music. They have a very specific sound, but with every track they produce, they touch upon a variety of sub genres within electronic music, which I find very fascinating. They’ve offered a lot, but I still love ‘Embrace’ the most.”

“I don’t even know how many times I’ve listened to Flume’s new album, Skin, since it came out. All the songs are very well-written, but it’s his production that breathes life into each and every one of them. His synths & beats are bursting with emotion!”

I love their debut album, Summer’s Gone. But ‘It’s Only’ stands out the most to me at every listen. Beautifully written and produced song, from start to finish, and everything about it is unique, without even trying to be. Never heard anything like it before.”

“We both went to Berklee (although never met), and I’m grateful for that because I might have never heard of her if we didn’t have so many mutual friends. Her debut album, Me, deserves all the attention it has received and so much more. I think ‘Make Up’ is one of my favourites, because it sounds so personal and intimate.”

New single ‘Dancing Into Life’ is out now. To Love EP – coming soon. 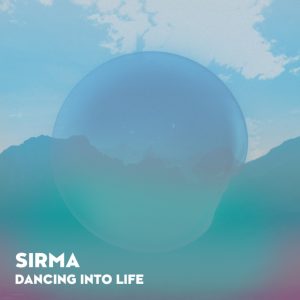