Copenhagen’s Slowes – Jack Kilburn (vocals) and Anders Hamann (drums) – are set to release their debut EP, Times, on May 26th.

We’re loving the new video for lead single, ‘Anymore‘, released just last month, which together with the videos for EP tracks, ‘(Heartbreak: again)’ and ‘Times’, make up an intimate film about solitude, loneliness and human connection.

“Times is about the different phases we go through,” says Kilburn. “We love, we hope, we hate and this is an endless pattern throughout life. It’s somewhat a melancholic EP since most of the tracks contain grief and failed love. When you lose the one person who you are confident of sharing your most important moments with – time and self perception begin to change. It is the feeling of getting ripped out of something and placed randomly somewhere else. But there is also hope. We hope that time heals and we find something or someone new to love.”

Londoners can see Slowes live at The Lexington tomorrow, April 27th. In the meantime, check out their Top 10 British Favourites…

“A classic track that just seem to get better and better; we listened to it a lot in high school and then kind of forgot about it. One of our friends played it a party not long ago, and now it’s on repeat, just like it was in high school.” ~ Anders

“The song almost doesn’t need an explanation, but every part of the song just works so perfectly well. But especially the return from the acoustic part back to the heavy riffin’ from Toni Iommi gets right to your stomach. Also, it’s hard to resist Ozzy screaming “You bastard!”” ~ Anders

3. Tears For Fears – ‘Everybody Wants To Rule The World’

“The synth-hook of this track is so simple and so powerful. Along with the grooving drums and of course the killer vocals it makes for a genius track. Despite of its popularity, this is a track that we never get tired of and that we keep coming back to.” ~ Anders

“The vocal performance on this track is spectacular, and the song is surely a favourite among the favourites on this list. The song really seems flawless, without a doubt because of the overly smooth production, but also because of the quality of the songwriting.” ~ Anders

“The first track off his album, Five Leaves Left, where almost every song has the same quality as this one. It usually works best on a Sunday morning or a breezy afternoon with its melancholy things-will-work-out-in-the-end kind of vibe. A really beautiful song.” ~ Anders

“This was one of my favourite albums I had for my Discman. I had just got this new Discman as a Christmas present. And it was with anti-shock! Crazy times…  Anyway, this was a ground-breaking record for me since it was a mixture of genres I had never heard before. Also, the universe which is created around it just speaks to a kid who loves animation and fucked up things…” ~ Jack

“I’m a sucker for everything James Blake touches. The beat in this track and the hook synth is just genius. There’s something more aggressive to this track than some of his others. That suits him…” ~ Jack

“This track is simply one of the best in the whole world… No doubt about it… Listen to how long he waits before the chorus… Elton John is one of the most skilled songwriters to ever have lived. Every time me and Anders listen to this track, we just go wild. It’s started to become the theme-tune for Slowes.” ~ Jack

“Dev Hynes is just an artist who keeps on amazing me. He’s got a distinct ‘80s sound to his songwriting and it’s very characteristic. We’re very inspired by him… This track just makes you want to roam the streets and feel cool.” ~ Jack

“This apocalyptic pop-song is just something of the most beautiful I’ve ever heard. There’s so much heart and honesty. If you haven’t heard this track, then please do me a favour. Listen…. David Bowie is a hero of mine and his passing away really hurt a lot. It’s a weird form of pain – losing someone you never met.” ~ Jack 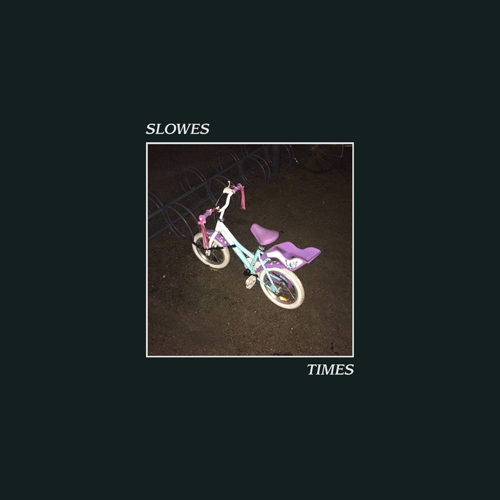