Boston Manor celebrated the release of their second full length record, Welcome To The Neighbourhood, earlier this month with the launch of their biggest headline tour to date, with a stop at Camden’s historic Electric Ballroom an early highlight.

With a setlist drawing heavily from Welcome To The Neighbourhood, their performance reflected the darker undercurrents of an album that explores a dystopian vision of a fictionalised life in their native Blackpool, as much as it draws on the inward looking, emotional perspective which dominated their debut album. The music was complemented by an understated stage set up, crimson red lights striking through the dark to create a fitting setting.

Their second album includes a more experimental outlook both in content and sound, working with producer Mike Sapone (Taking Back Sunday, Brand New, Public Enemy) and taking risks in evolving from pop punk to a modern alt/emo sound. This shift in style was evident from the opening song of the set as the muted, synth heavy title track created a brooding, cinematic introduction.

Elsewhere, ‘England’s Dreaming’, ‘Bad Machine’ and ‘Funeral Party’ punctuated the set with the same dark motifs and more involved lyricism, typified by the contrast between the spoken word sample of “escape to the seaside of Lancashire” and the refrain of “Nowhere (is where I’m going), Nowhere (cause I’ve got nothing)” on ‘Funeral Party’.

There was still room for the melodic punk sounds that defined their earlier work, with lead single ‘Halo’ closing the set and proving their propensity for strong hook writing. Placing this next to their breakthrough track ‘Laika’ on the night, however, provided a perfect platform to reflect on the transition in outlook between the two albums, with ‘Laika’ addressing the more straightforward ideas of lost love and the draining pursuit of dreams, compared with the darker, drug addled narration of ‘Halo’.

Performing a live set allows these two elements of their work to be balanced out in a way they couldn’t achieve with a concept album such as Welcome To The Neighbourhood. Highlights from their first LP, Be Nothing, drew some of the most impassioned responses from the crowd with high energy tracks such as ‘Burn You Up’ and ‘Lead Feet’ reminding fans of the band’s origins, whilst hinting at the sounds that would go on to inform the second record. The band have not abandoned this sound entirely either, with ‘Flowers In Your Dustbin’ and ‘Stick Up’ a reminder of the range of their work.

Musically they remain a tight unit, with thick basslines from Dan Cunniff and dense, powerful guitar work from Ash Wilson and Mike Cunniff supporting the distinctive vocals of Henry Cox, who is pushing himself further with each track, exploring the range of his voice. In a live environment some of the darker sounds of the new album are also given more room to breathe, freed from the mainstream-leaning production of the record.

Relatively short and sweet, the set was performed without an encore, with strong pacing allowing the band to demonstrate the range of their ever evolving discography. Quickly positioning themselves as one of the UK’s better live alt-rock offerings, they are quickly turning raw energy into presence and identity. Watching this evolution is really exciting for fans as they wait for the next step in their development.

Welcome To The Neighbourhood can be streamed and downloaded now across all platforms via Pure Noise Records. Boston Manor’s remaining tour dates are below. 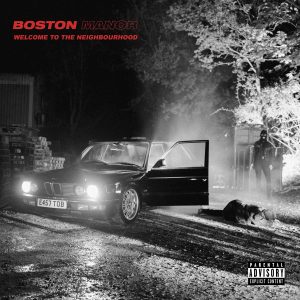