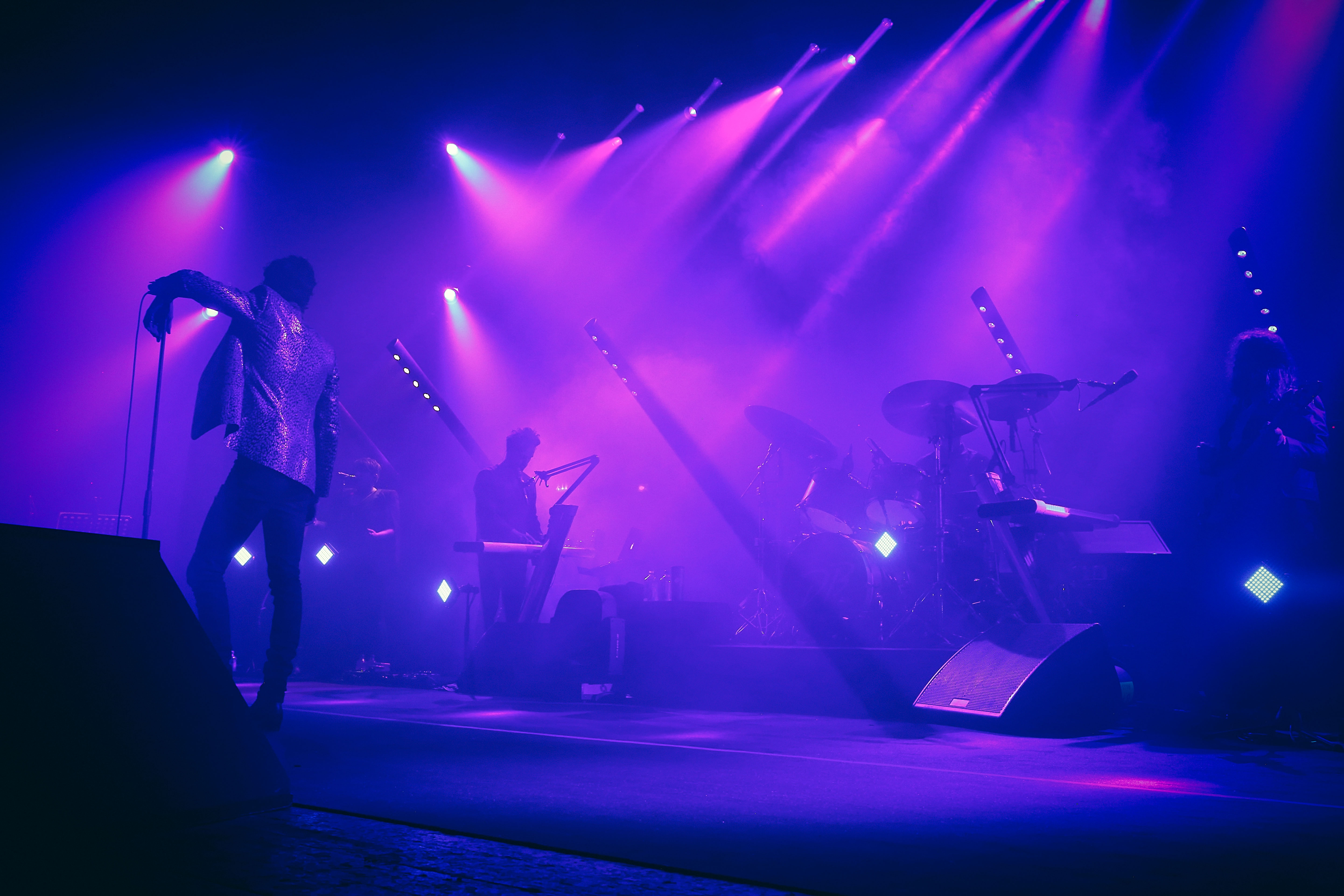 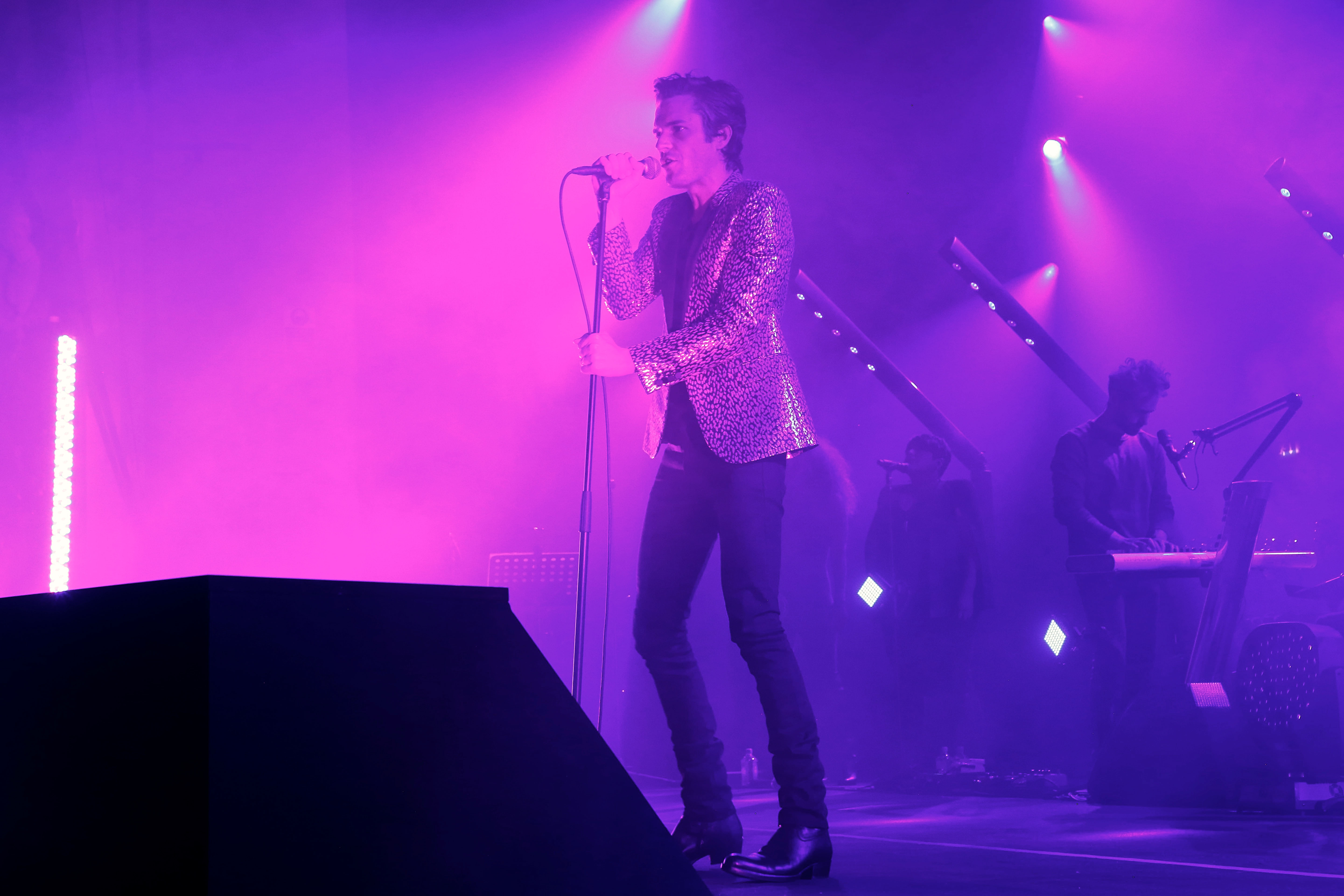 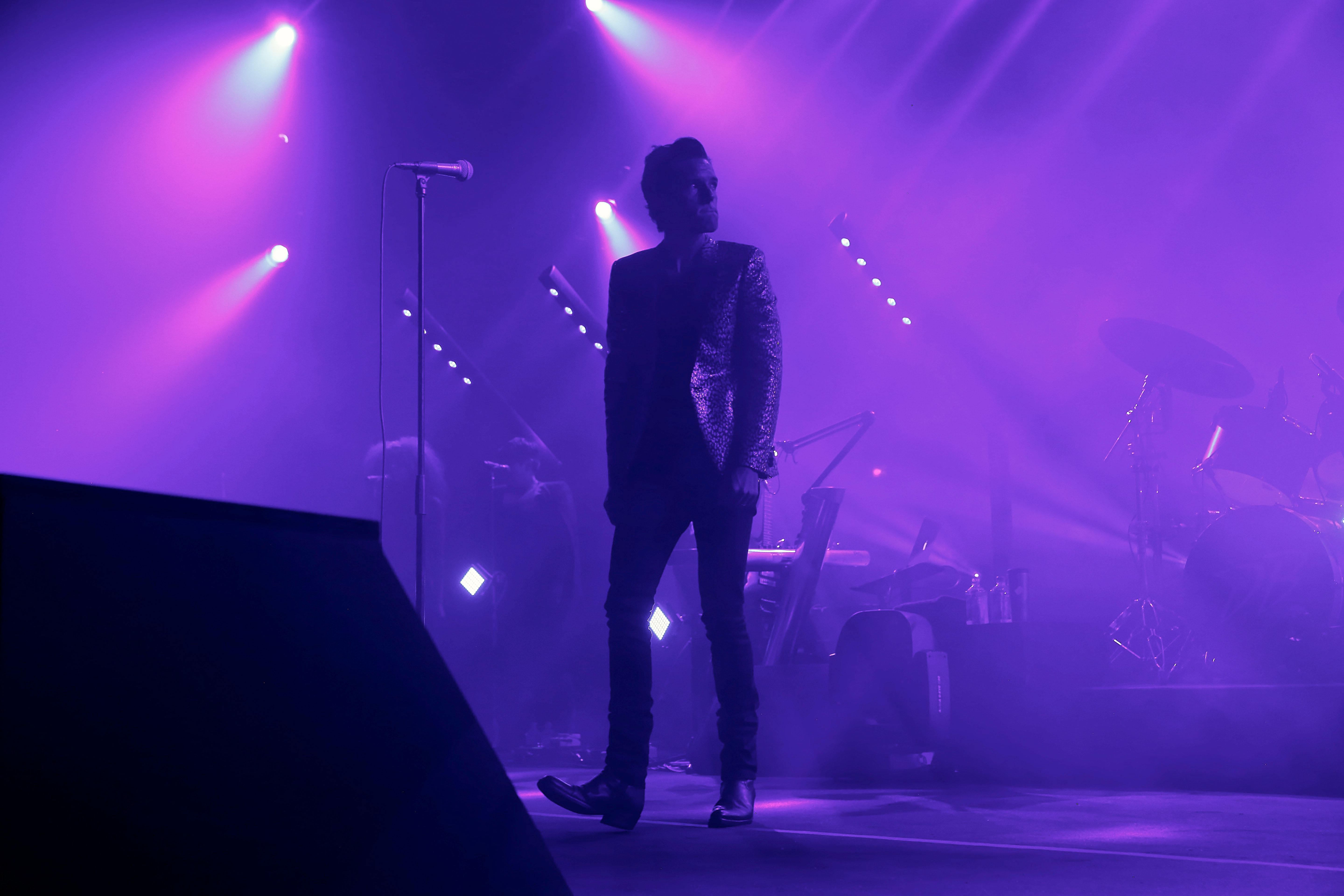 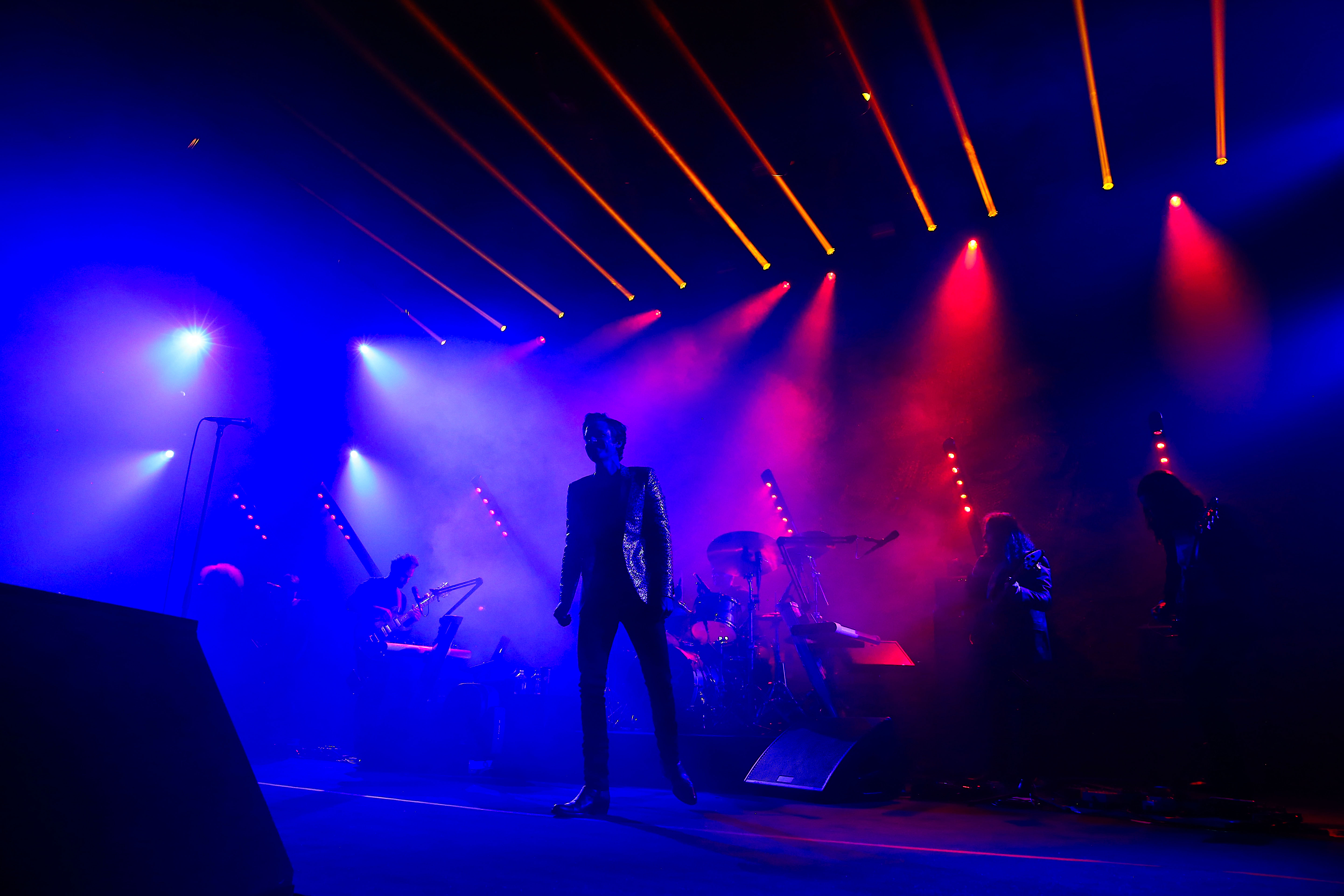 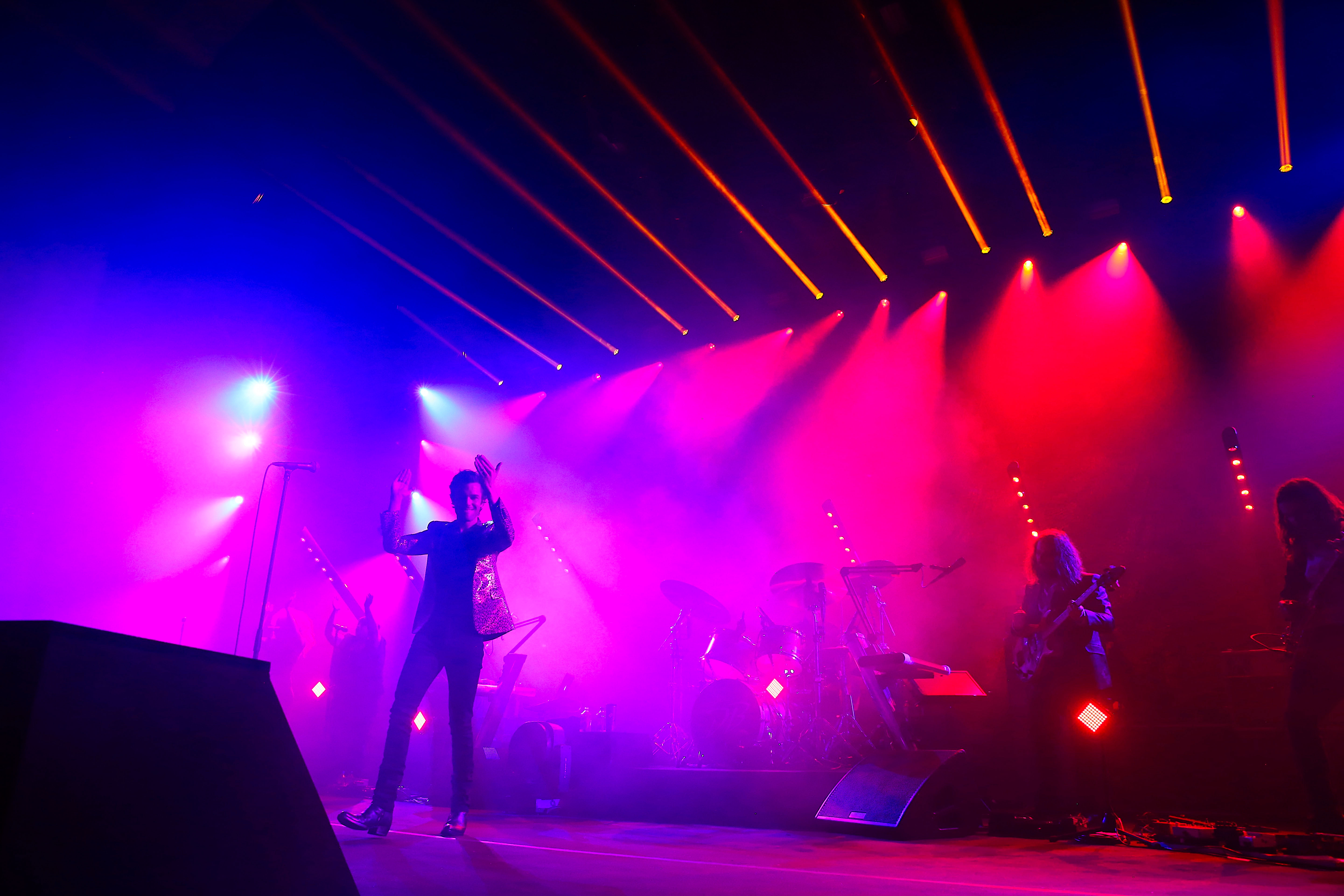 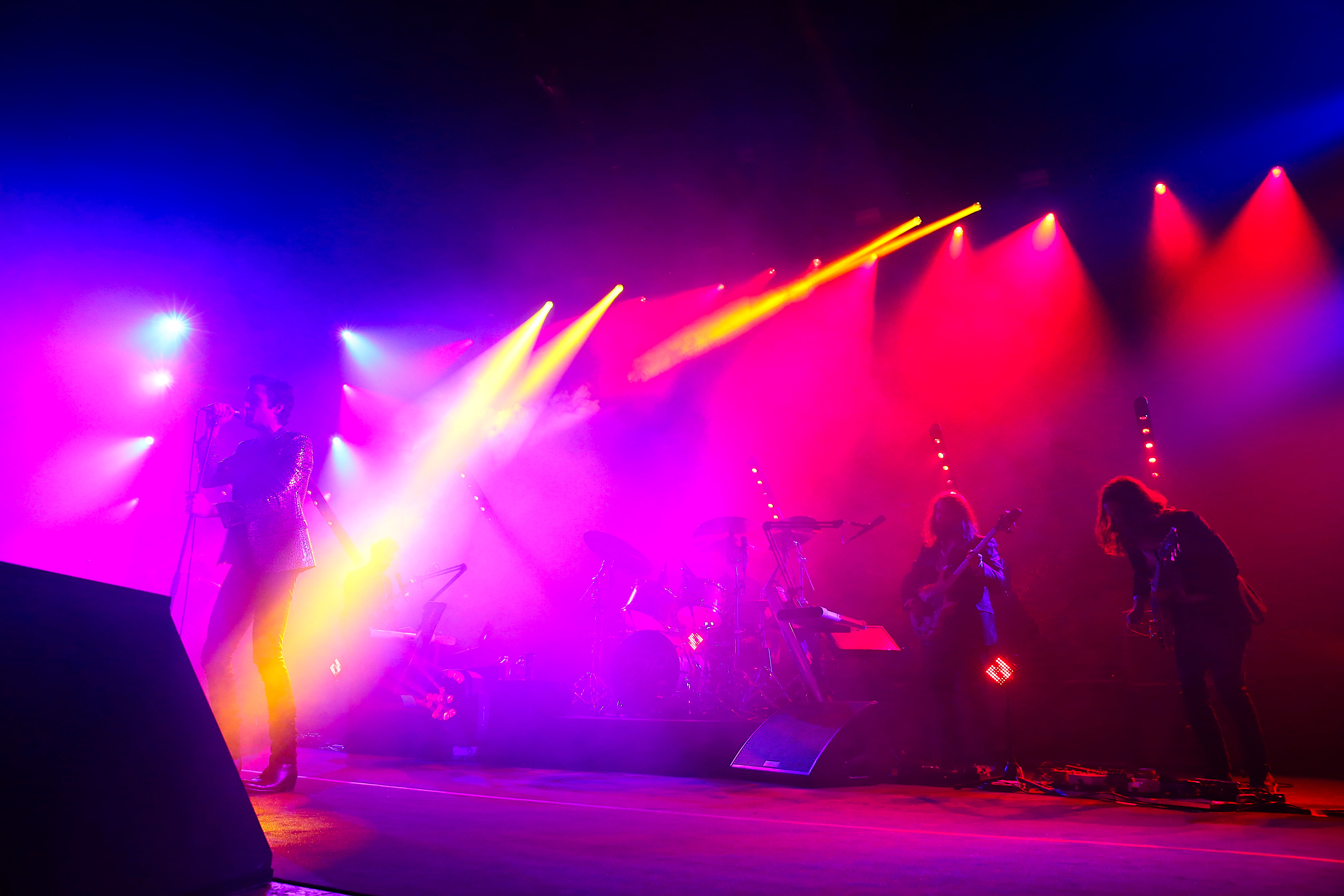 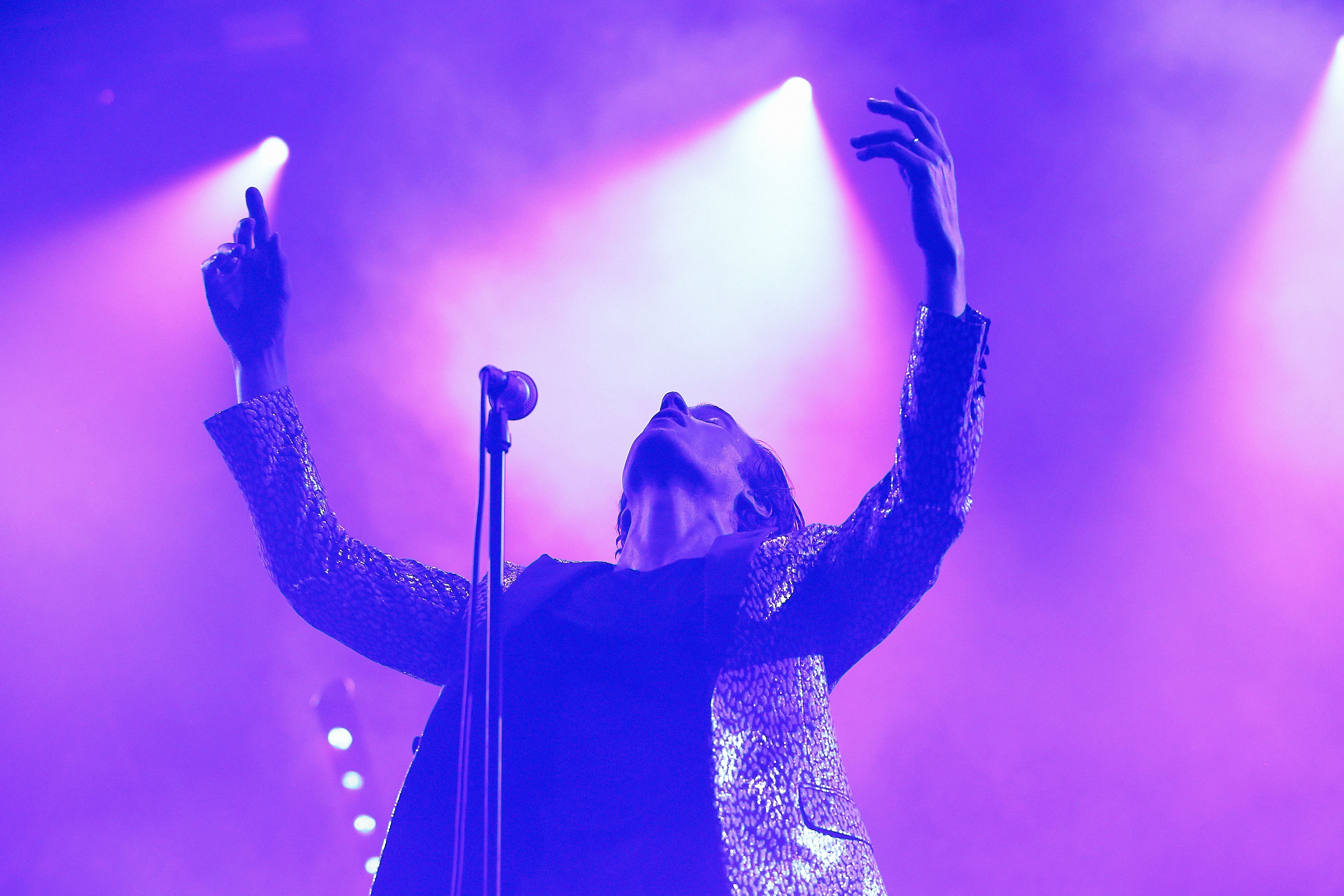 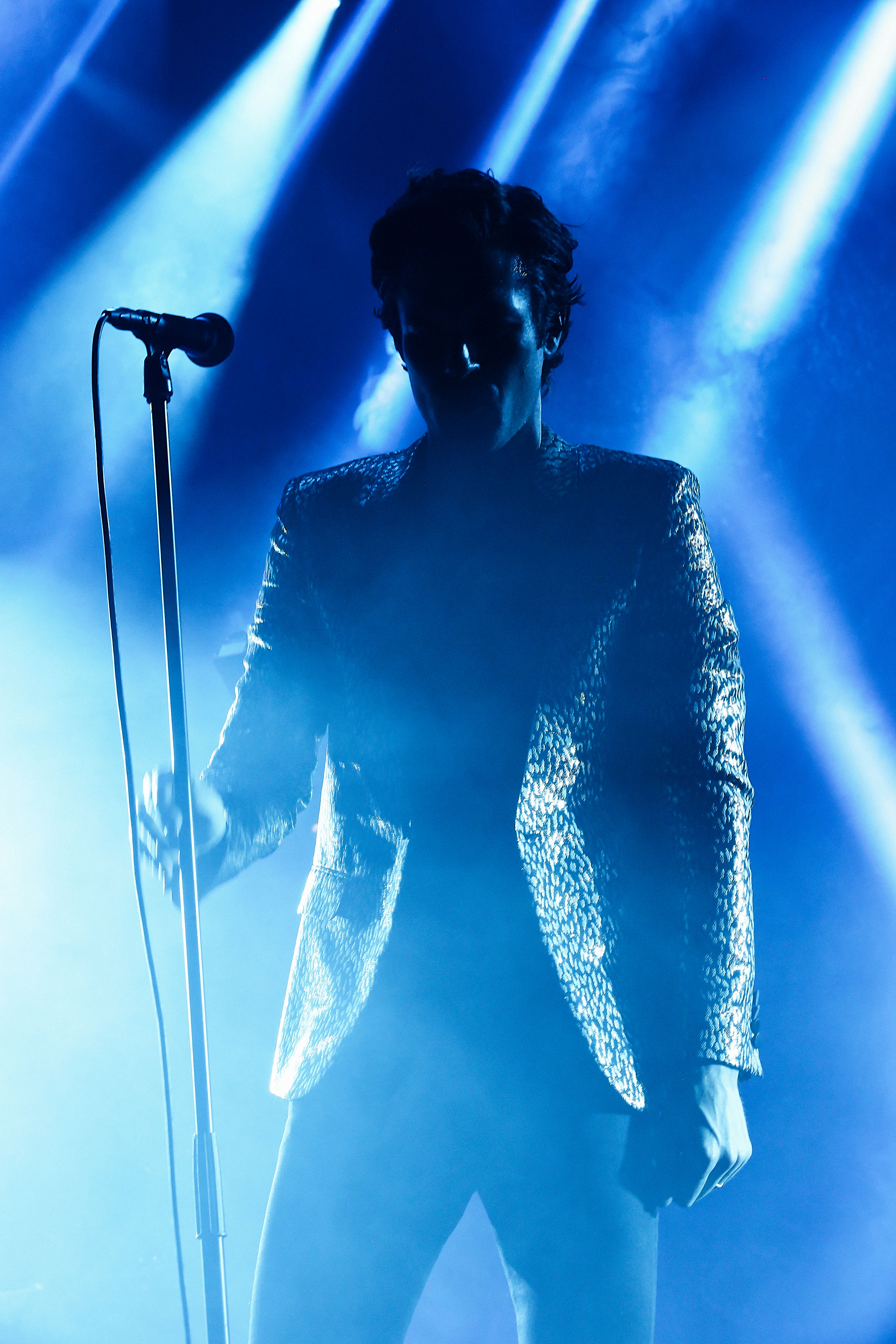 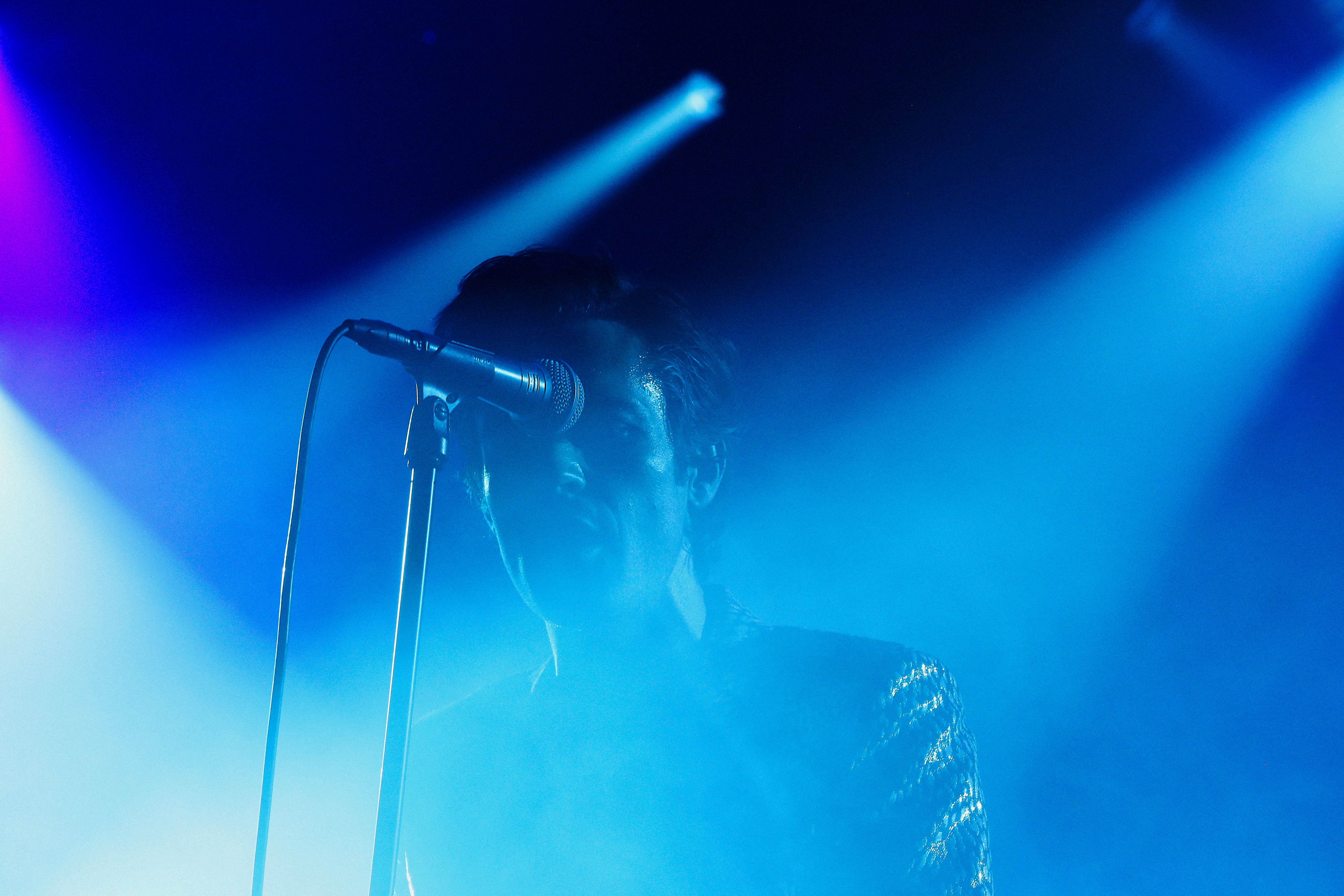 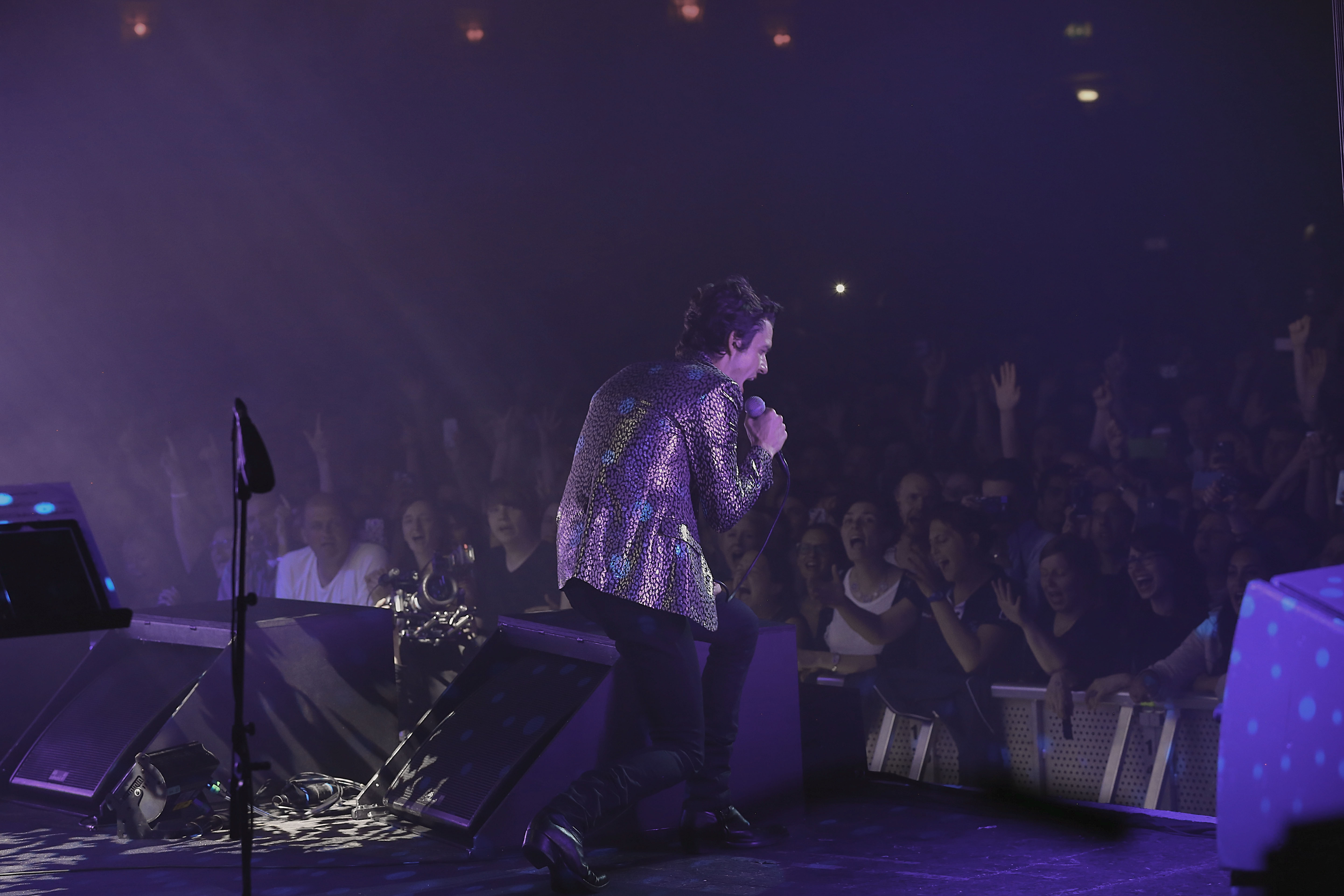 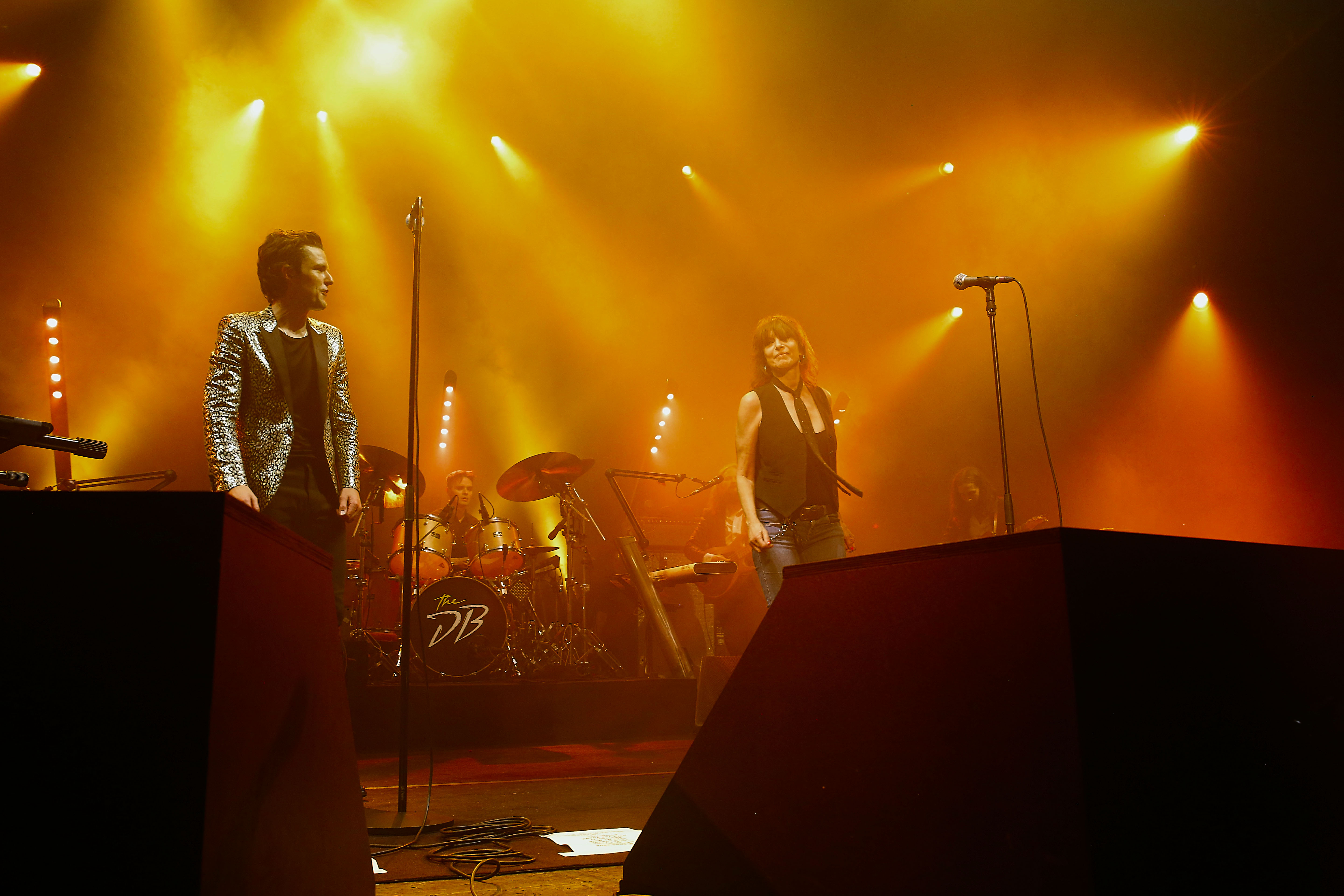 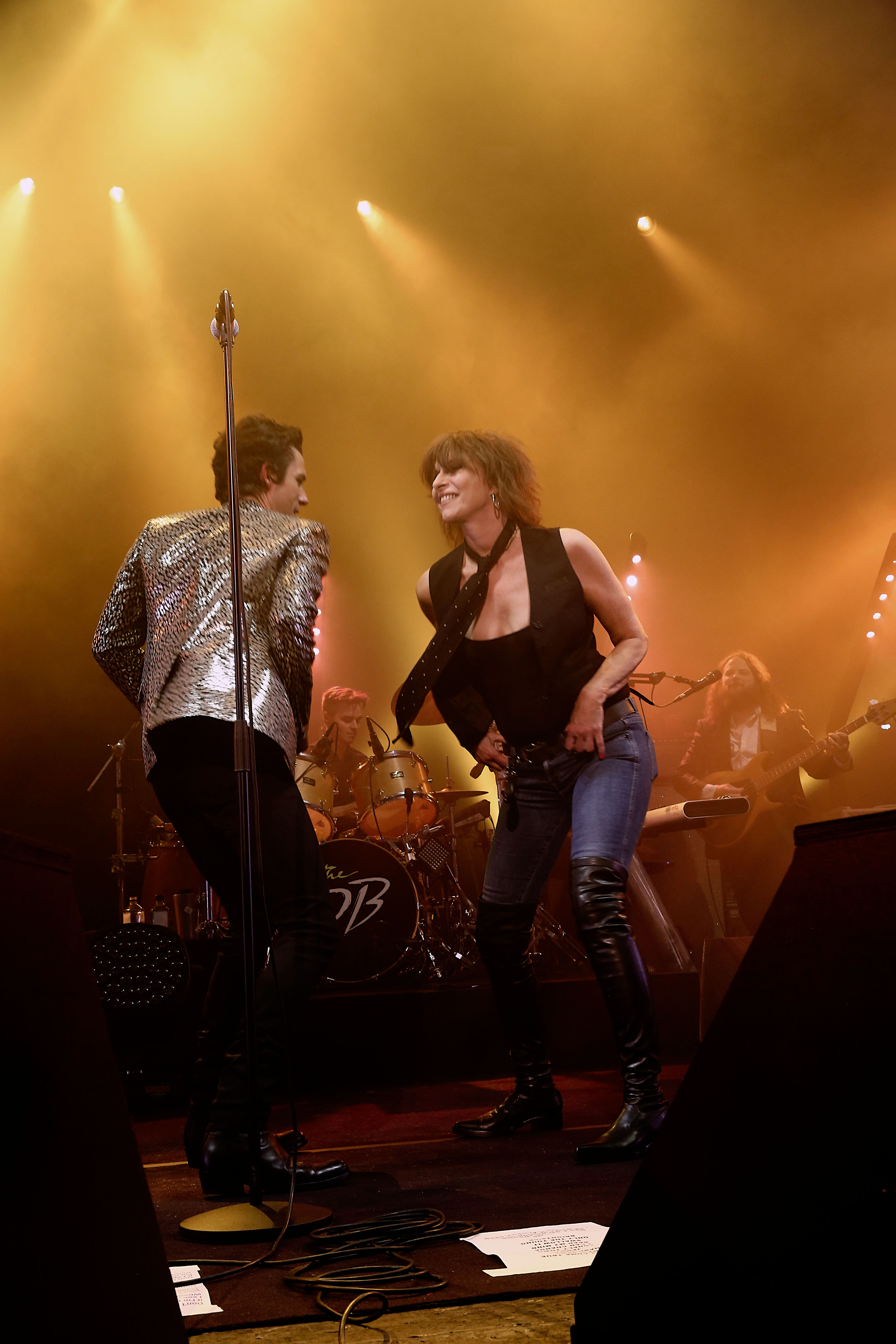 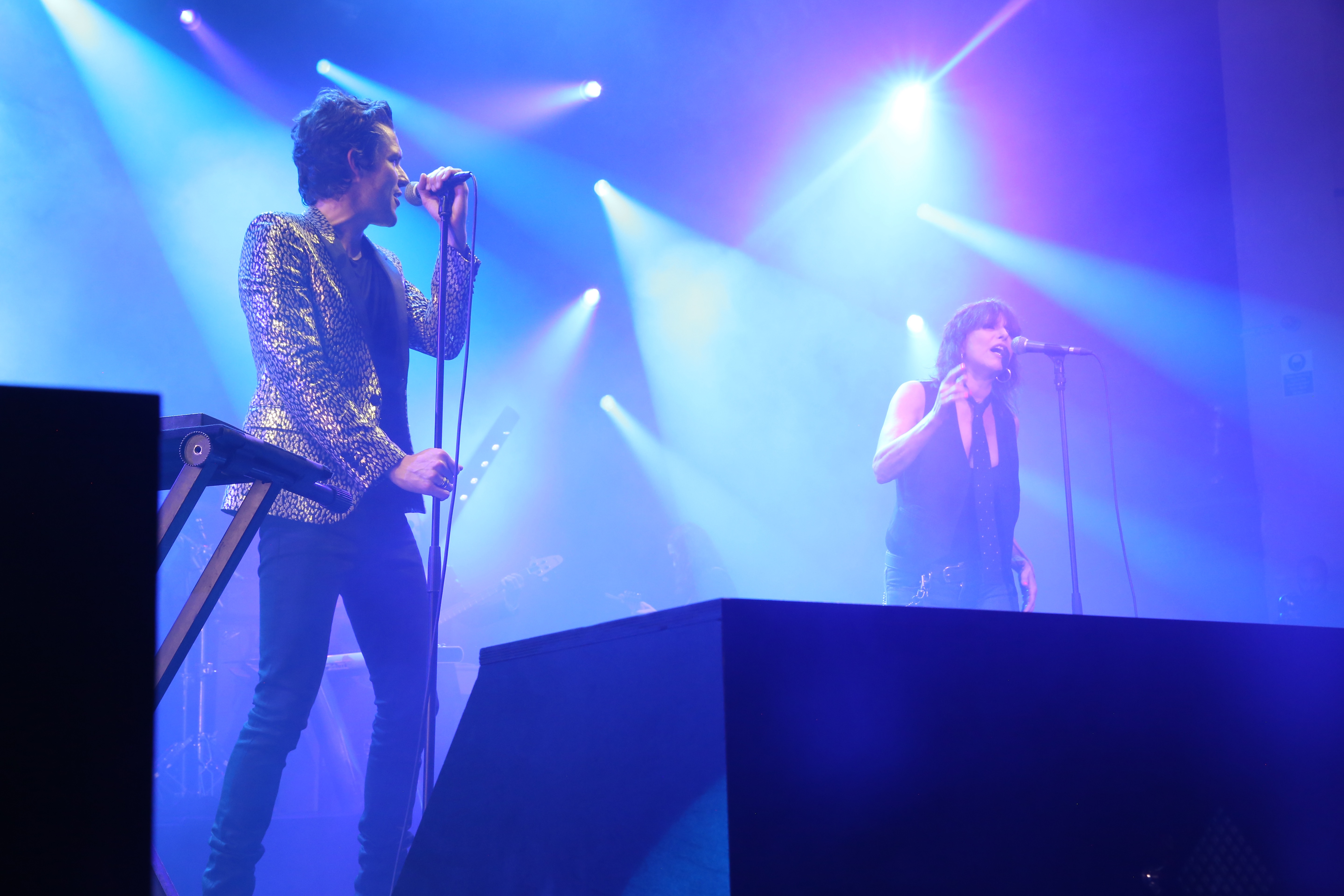 Like any really good album, Brandon Flowers’ latest solo release, The Desired Effect, is too short. Ten supreme tracks that flash by and leave you wondering, “Wait, what just happened there?” The same can be said for the opening night of Mr. Flowers’ tour debut in support of his new LP.

Admittedly, he does make a noticeably late arrival on stage but all is forgiven when he appears and suitably begins with The Desired Effect’s expansive opener ‘Dreams Come True’. It’s a rousing start that’s upped by an immediate transition into what is arguably his best composition yet, ‘Can’t Deny My Love’. It’s dark, powerful, intense, glossy – in essence, pop perfection. And Flowers is looking and sounding better than ever too. Dressed in skinny black jeans and fitted tee, topped off with a golden blazer, his vocals and stage presence are faultlessly commanding.

Not that he has to do much to win over an unexpectedly dedicated audience. Flowers encourages the occasional call and response and espouses some genuine sentiments of thanks, but the power is all in the music. “Remember this one?” he asks before kicking into ‘Crossfire’, and the appreciative reception it receives answers Flowers with a resounding, “Hell yes.” ‘Only The Young’ and Flamingo album cut ‘Magdalena’ go down equally well. “Do you know this one yet?” Flowers faux humbly wonders before playing another one of his crowning recent singles, ‘Lonely Town’. The Bronski Beat-sampling ‘I Can Change’ is yet another winning performance moment.

In fact, attaching a chorus of ‘Smalltown Boy’ to the end of ‘I Can Change’ is just one of many unexpected and pleasantly surprising additions Flowers inserts into the set. So robust is the strength of Flowers’ solo material that he doesn’t have to, but he does, obligingly, play some Killers’ hits. ‘Jenny Was A Friend Of Mine’ is stripped down to an acoustic ballad and ‘Mr Brightside’ pared back to slithers of synth. Regardless, the crowd belt out the lyrics true to the original recordings and their enthusiasm is rewarded with a full-on rendition of ‘Read My Mind’.

Similarly unexpected is an appearance from Chrissie Hynde. Flowers reveals that he’s pissed off that journalists have failed to recognise the influence The Pretenders have had over The Killers, so decides to make it clear by teaming with Hynde for a run through of ‘Don’t Get Me Wrong’ – during which the pair of them sweetly try but fail to co-ordinate a shoulder dip dance. Chrissie stays for a further duet on the touching ‘Between Me And You’. A final guest appearance comes from Mrs Brandon Flowers and two-thirds of the couple’s off spring, who has to be coerced to coming on stage to give an awkward wave to the audience ahead of her beaming husband dedicating his ode to fidelity, ‘Still Want You’, to her.

The slow burning ‘The Way It’s Always Been’ makes for a strange parting number. It effectively returns the crowd and performer alike to a state of calm after an elongated singalong to ‘Still Want You’. But it feels like it all ended too soon. Even after the house lights come up, some fans stay awaiting more, convinced that there simply has to be something else coming. Nope, that’s your lot. Dumbfounding flawlessness that leaves ‘em begging for more is apparently what Brandon Flowers is all about now. The desired effect? We think so.