American indie rock band Clap Your Hands Say Yeah, or CYHSY for short, release their fifth album, The Tourist this month; a kaleidoscopic mix of styles and influences which is, in its best moments, a dazzling return to form.

CYHSY emerged in 2005 with their critically acclaimed, self titled, debut album. They were one of the first bands to explore the potential of the internet, generating great interest from online blogs, and challenging the music industry norms, self releasing their record without any label support in the US. Groundbreaking and arguably ahead of their time, the ever changing band’s output since has tested new waters and explored new ideas, but rarely reached the same heights as their debut. The Tourist however brings founder, songwriter and driving force behind the collective, Alec Ounsworth, full circle, exploring some of the sounds that inspired his earliest work and sees CYHSY releasing some of their strongest songs to date.

Across its ten tracks, The Tourist is driven by pysch, folk and electro influences but is at its core an indie rock record. It opens with the gentle strumming of ‘The Pilot’, which builds subtlety, adding a rich bassline and shuffling hi-hats, as the song rumbles with frustration and alienation. The scope of the music on the album is often orchestral in style and the mix is built up and broken down with consummate ease.

The synths of ‘A Chance To Cure’ highlight Ounsworth’s tendency towards electronica, but also demonstrates the strength of his songwriting and his ear for melody, with all lyrics delivered in his distinctive warble. The lyrically dense approach taken on the album is a tribute to some of Ounsworth’s strongest influences, including Elvis Costello and Tom Waits. Sonically, album single ‘Down (is Where I Want To Be)’ provides some of the heaviest moments of the record , its propulsive drums, crunching guitar and bass line driving a track which has obvious political overtones. ‘Loose Ends’ offers social commentary of a different kind, as the loss of innocence in modern society is explored, whilst album standout ‘Unfolding Above Celibate Moon (Los Angeles Nursery Rhyme)’ mixes all of these elements together, with its tales of late night living in Los Angeles matched by a captivating electro folk instrumental.

There are moments of sadness throughout the record, which was recorded in a period of soul searching and self exploration for Ounsworth. He considers the album something of a purge of emotional confusion. Lead single ‘Fireproof’, for example, sees Ounsworth reflect on the careful-what- you-wish- for nature of modern music, as bands invest so much time into trying to win people over, yet need to remain resilient enough to go through the cycles of success and disappointment. These moments make the record personal and engaging, as the listener is drawn into the observational lyricism and emotional expression that underlies it.

The Tourist was recorded at Dr Dog‘s Philadelphia studio before Ounsworth and engineer Nick Krill spent months producing and mixing the album with the support of the rest of the collective, adding additional instruments and effects to the mix to deliver the full band touches. Whilst the high points of record fall in the first five or six tracks, and The Tourist tails off as it moves into its second half, it still has plenty to offer new and old listeners alike, and at its strongest is a powerful case for the enduring strength of indie rock as one of the leading forms of creative, musical experimentation.

Following a massive 35 date tour across North America this March, April and May, CYHSY kicks of a European tour in Brussels this September, dates below and tickets HERE.

The album is due to be released on 24 February and can be pre-ordered HERE. 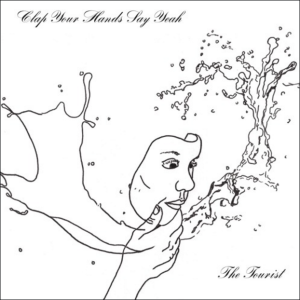