Husky Loops Share ‘Tempo’ Ahead of The Kills Support Tour

Italian-born, London-based trio, Husky Loops, are sharing a slice of their riff-heavy, art-rock sounds ahead of their debut EP release on April 7th via Alcopop Records.

“‘Tempo’ is a song about running out of excuses and time,” tells the band, who recorded the track live to capture their energy. “The inexorable flow of life was of inspiration to compose a track which is defined by repetition and awkward patterns, in which groove is the key.”

Danio (vocals/guitar), Pietro (drums/samples) and Tommaso (bass), first met at school in Bologna, Italy and relocated to London some 15 years to study at music college and the Royal College of Art, eventually joining forces to form Husky Loops – “It means rough loops: it stems from our fascination with repetition, playing loops from a rock perspective.” – just over two years ago.

‘Tempo’ follows 2016’s debut track, ‘Dead’, which gained attention for their unorthodox take on modern rock music, followed by their last single, ‘Fighting Myself‘, later that year. Drawing personal inspirations from everything from rock to hip-hop, and naming influences all the way from Black Sabbath to Aphex Twin and D’Angelo, the band’s forthcoming self-titled EP reflects the hard work and endless jamming sessions the three have participated in over the past 12 months.

Having already supported the likes of Sunflower Bean and Yak & Estrons on tour, Husky Loops will be taking their ferocious live show to Europe with The Kills and also play The Great Escape Festival this May.

Husky Loops EP will be available April 7th via Alcopop Records. The vinyl includes a bonus track ‘Huskyesque’, with a limited run of only 300. This is printed on reverse board and includes two double sided posters. 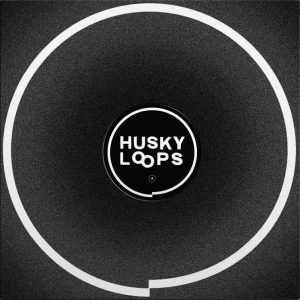 May
19 – The Great Escape, BRIGHTON