The Torrance, California foursome truly broke into the wider music listener’s consciousness with their fantastic third album, Never Hungover Again, an intense and smart slice of pop-punk, packed with signature tempos and stark self-reflection. In many ways, Cody does not mess with the formulae. Across its 10 tracks and mere 25 minute running time, fans are treated to an album packed with wit, self-awareness and social observation. Lead single, ‘Fake I.D.’ opens the album and questions the growing prominence of hyperbole in modern society (and is not an attack on the creativity of Kanye West as some have interpreted). This observational approach to writing from singer, Barry Johnson, centres the record in pop punk but, in spite of the relative brevity of most of the tracks, there is an emotional depth to their work, fitting of their emo/indie counterparts.

There is a sad undercurrent to much of the album, with ‘Fake I.D.’ finishing with a tribute to Teenage Bottlerocket drummer, Brandon Carlisle, who sadly passed last year. ‘Angel in the Snow’ features backing vocals from Nate Reuss, and shows the melodic tendencies of the band and Johnson’s ability to write affecting songs in a mere two minutes. Elsewhere, in ‘Stairs’, a track written by Johnson when he was 19 and reworked, having been performed on an acoustic tour with Hop Along, the band have created one of their lyrically most challenging (exploring a troubled relationship) and musically most expansive, if not necessarily vital, tracks.

Cody also introduces a greater level of reflection from a four piece who are quickly approaching their fourth decades. ‘Eighteen’ looks back on lost youth and the search for self-confidence. There is also an exploration of the sense that with age does not come self-realisation and the feeling of slowing losing touch, as seen on ‘Reversing Machine’. Guitarist and singer Barry Johnson has said that he “find(s) that as I get older it’s easy to hold things from your youth close to your heart. Revisiting bands you were into ten years ago can seem exciting, buts its creative suicide.” And with this outlook comes splashes of Britpop, post-grunge and indie rock.

These changes may also be a reflection of the more involved recording process. Never Hungover Again was recorded in a mere 10 days and somehow that was the longest the band had spent on any album to date. There was a marked increase in production tricks and sheen last time round, and this only increases on Cody as the band had the opportunity to spend two months in the studio with producer Rob Schnapf (Elliot Smith, Guided By Voices, Save the Day). Second single, ‘Last You Heard Of Me’, a refined take on the pop-punk on which the band rose, is a great example of this major label attention. The time spent with Schnapf has also led to a more exploratory album, although the second half of the record labours slightly, as the band seem to become too comfortable in the middling tempos of indie and explore pop punk tempos less. There is also less of the fraught tension and angst that dominated Never Hungover Again, the tracks calmer and more spacious, focusing attention on Johnson, who sounds less strained across much of the album, although his tone still shines through.

Nonetheless, Cody places Joyce Manor alongside bands such as The Hotelier, Tigers Jaw and The Wonder Years who are capable of crossing that line between pop, punk and indie rock. In doing so, Joyce Manor have created an album that manages to rise above the sense of anxiety and worry that pervades its creators and show that, in the right hands, pop punk is a genre that it is possible to grow with and mature into.

Cody is out now on Epitath Records and available to stream HERE. 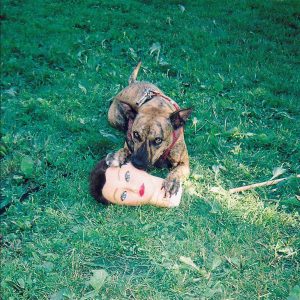