The Icelandic music scene has long been associated with its experimental and leftfield qualities: national legends such as Björk and Sigur Rós have become household names the world over with their intriguing Nordic styles depicting the island’s enchanting wilderness.

Sometimes, however, an artist bursts out from an eclectic scene with a far more familiar sound.

Hailing from the remote Westman Islands (Vestmannaeyjar) off the south coast of Iceland, Júníus Meyvant (the stage name of Unni Gísli Sigurdmundsson since he embarked on his solo project in 2014) has drawn musical comparisons with artists as diverse as Sam Cooke and Mick Jagger. His gritty soulful voice provides both a raw and mellow outlet for a style sitting somewhere between Americana-soul and folk-pop, with an enviable ability to inject into an otherwise downbeat song an air of carefree positivity.

Following the release of his successful début album, Floating Harmonies, in 2016, Meyvant is back with his excellent follow-up, Across The Borders, which is due for international release later this month. Feeling like a natural progression from his début, Meyvant’s second album has really stepped up a gear, carrying on the previous album’s film soundtrack quality but with even more assured vocals, some belting choruses and the introduction of bold Northern Soul rhythms.

Indeed, the Northern Soul sound is very much evident in ‘Let It Pass’ (the first single from the album), which shows off his smoky vocals reminiscent of Faces-era Rod Stewart, the rhythmic ‘High Alert’ (the second single), with its pendulum-like beat and bassline, and the confident ‘New Waves,’ which crashes forward with a self-assured moodiness.

‘Punch Through The Night’ also includes elements of the album’s recurring soul theme, bursting into life from its stripped-back acoustic beginnings via harpsichord and strings.

Conversely, ‘Lay Your Head’ and title track ‘Across The Borders’ both have a very smooth feel about them; the latter’s name, with its retro feel, could quite easily be a reference to a carefree afternoon in a sun-baked southern US border town. ‘Holidays’ also has that dreamy feel about it, with a Toploader-style introduction and delicate keyboards over the top of an upbeat groove, and ‘Draw The Line’ – a rare downbeat track but with a positive message enshrined within it – has a delicate lullaby feel to it.

One thing Meyvant demonstrates incredibly well in Across The Borders is his talent for a catchy chorus. Although the whole album has an absorbing eclecticism, it is no coincidence that three of the stand-out tracks have a formidable sing-along quality; the beautifully-written ‘Love Child’ and the strong ballad ‘Carry On With Me’ – with vocals not too dissimilar to those of the gritty James Morrison – both place that tremendous voice at centre stage, while ‘Until The Last Minute’ is a strong and heartfelt closing track that simply feels like it shouldn’t end.

Across The Borders is an upbeat, sunny record with a real melodic floatiness; repeating choruses show off strong, gravelly vocals, while the inclusion of the soul theme and some dreamy, heartfelt ballads make this multi-layered album a belter from start to finish. Experimental and leftfield? No. But it’s a new form of soulful American direct from the Nordic wilderness.

Júníus Meyvant is touring in Europe in February/March 2019, including three dates in the UK, with support from fellow Icelandic artist Axel Flóvent (featured previously in FMS).

Across the Borders is released internationally on 25 January 2019. 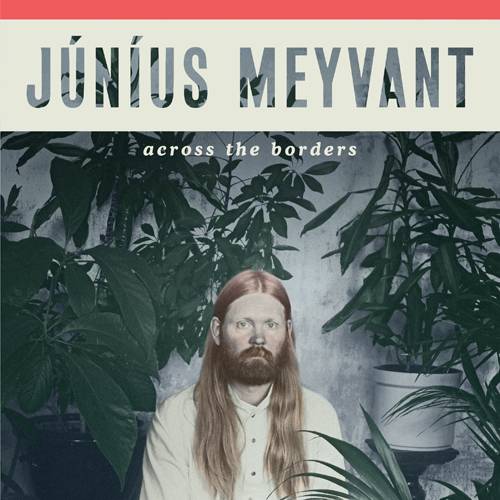