Oxford-based singer songwriter, Lewis Watson, released his second album, midnight, on Friday; a record packed with the same emotionally loaded acoustic pop that made his name, but with a sound that is more ambitious and complete than anything he has released previously.

Watson has followed a familiar path in modern music, garnering an online following posting covers as a teen, before being signed by a major (Warner Bros), gaining mainstream radio exposure and following up a number of EPs with a well received debut. With so much time passing since the release of that debut, the morning (2014), it is reassuring that he remains focused throughout midnight, delivering a concise record of 10 tracks (and one hidden track). Watson took the opportunity to step away from the limelight and reflect on his experiences, inspirations and strengths as a musician. He even chose to move away from major label backing and instead signed with independent Cooking Vinyl in an effort to explore the best version of his music that he could.

With his acoustic leanings, unassuming character and earnest voice he quickly draws comparison with Ed Sheeran. However, whilst Sheeran wallows in his own success and feels short of ideas on his latest album, Watson seems to hanker less to the charts, despite having a very chart friendly sound, and whilst he may lack the hip hop/grime influences that distinguished some of Sheeran’s earliest work, he proves equally adept at writing emotionally charged love songs for the masses. No song demonstrated this better than ‘forever’ which you can almost hear a hoard of besotted teens singing along to as you listen.

He draws on an ever wider range of influences this time around, with touches of Death Cab For Cutie particularly prominent as Watson expands his sound palette from the morning. midnight is a fuller bodied, bigger sounding record that is set for arenas, rather than busking on high streets. This risk with this transition is that some personality is lost, some of the artist’s identity is abandoned and replaced by generic stadium baiting motifs. The music mixes on midnight, however are warm and rich with pianos, drums, electric guitars and even pulsating electronics on ‘la land’ complementing the simple acoustic work of Watson. It also lacks some of the more saccharine moments that plagued his debut, with tracks such as ‘(midnight)’, a stripped back piano ballad, coming across as both genuine and heartfelt and proving to be one of the album highlights.

The entire album was recorded in just two weeks with the support of Anthony West and a live band. The production has a sheen throughout, a coffee shop ready sound and strings are leaned on heavily throughout to add emotive weighting. However, on ‘little light’ there is an organic sense in the mix where the piano comes in and whilst it is far from raw, it does suggests the record hasn’t been overmastered and it is all the better for it. midnight is also accompanied by a simple but effective visual identity. ‘little light’ was accompanied by a 360 degree video made in partnership with MelodyVR, as Watson and his band performed on an East London rooftop whilst the fantastic ‘Dead in the Water’ was released alongside a live session recording, marking Watson as a performer and musician, not just manufactured chart bait, and providing a teaser for his upcoming live shows.

Watson doesn’t have the distinguishing vocal inflections of a Ben Howard or the soul of Michael Kiwanuka but what he does have is a lovely tone and range, which he utilises throughout. In the year Elliot Smith’s Either/Or turns 20 years old, it reminds us how high the bar has been set for singer/songwriters, and how hard it is to mix emotional song writing, intimate personal reflection and pop production in a record. However, Watson comes across as confident and comfortable in his sound, identity and ambitions and will no doubt attract mainstream radio and popular support as a result.

midnight is available now via Cooking Vinyl and available to stream HERE. 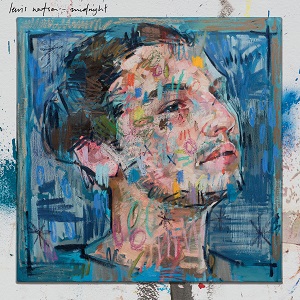