Queen Kwong: An Audience with the Queen 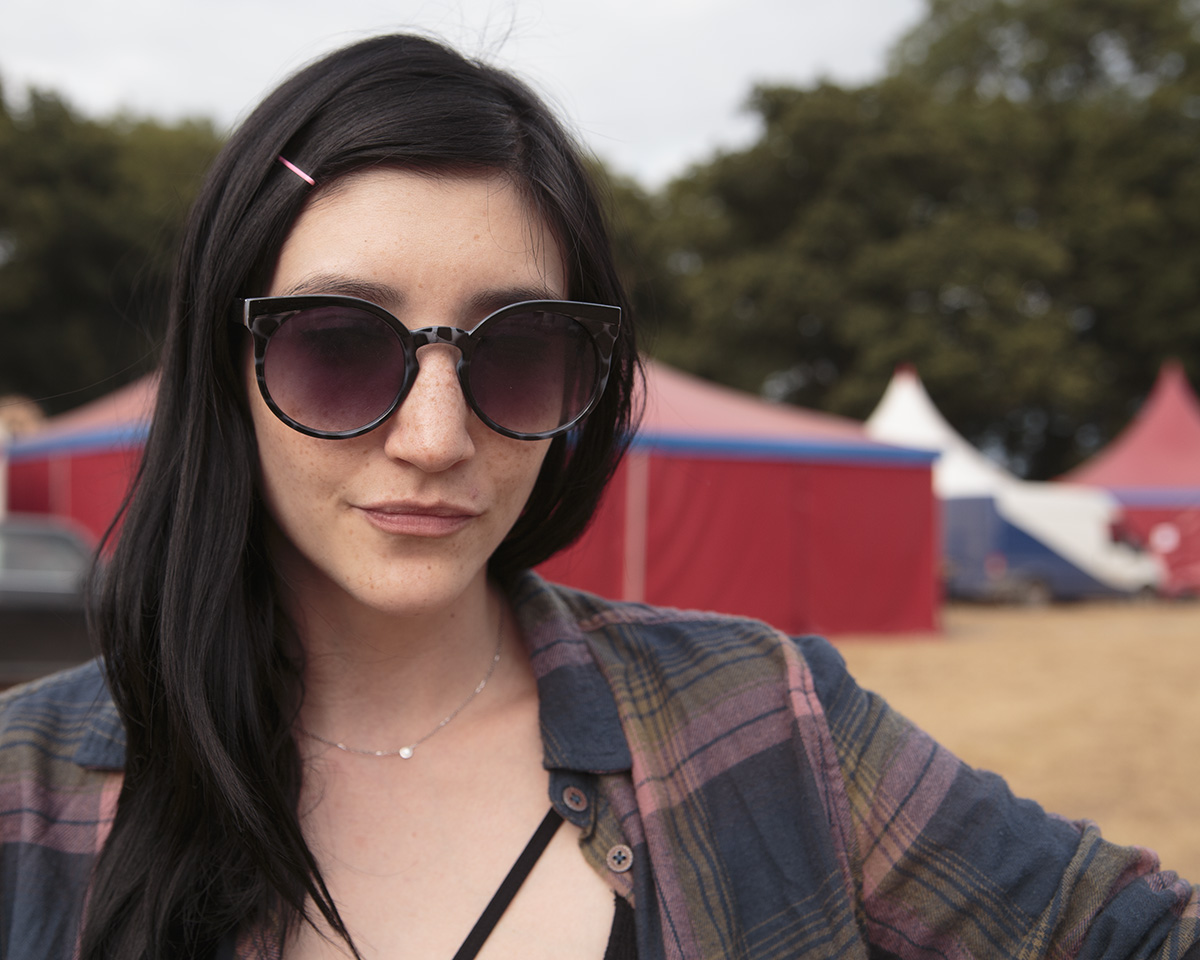 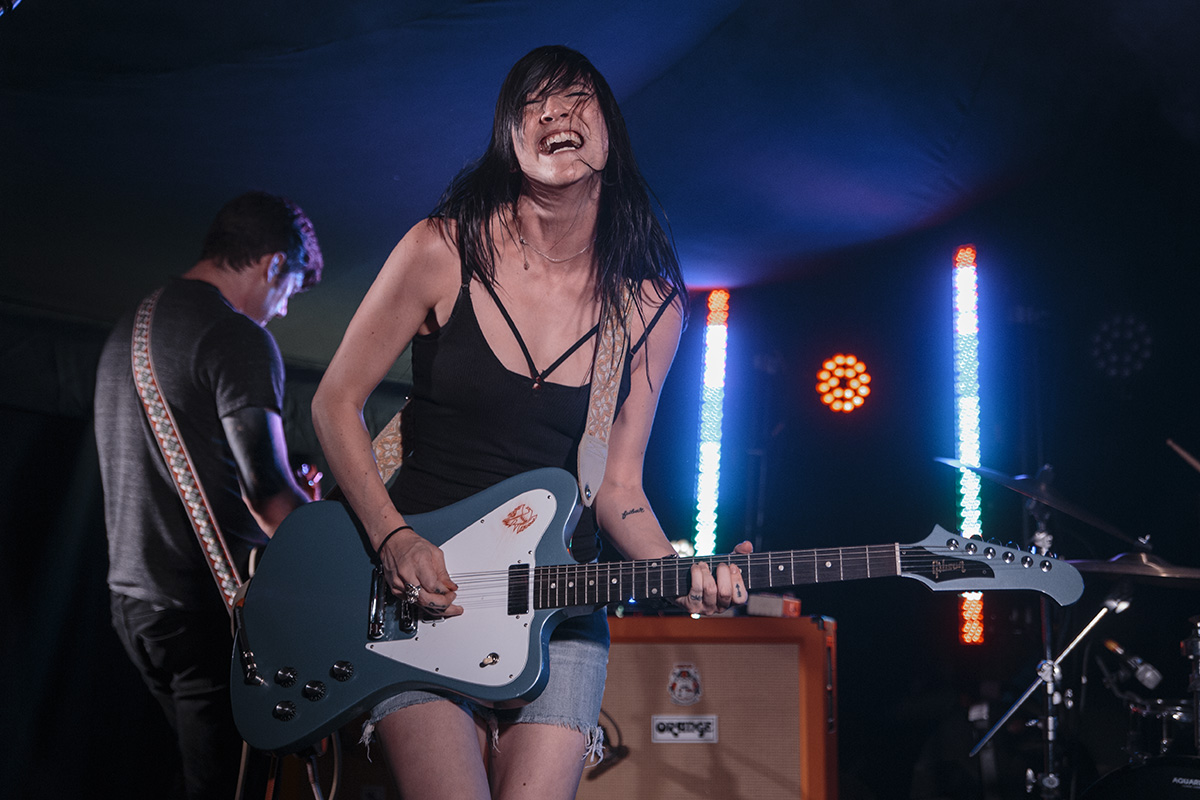 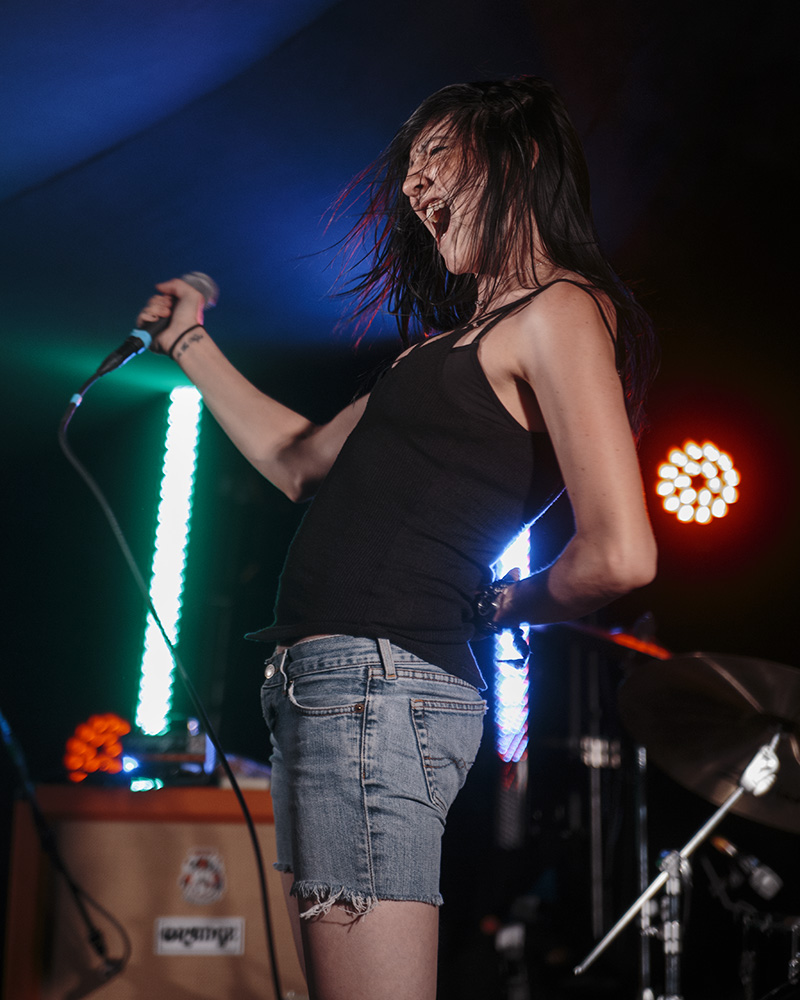 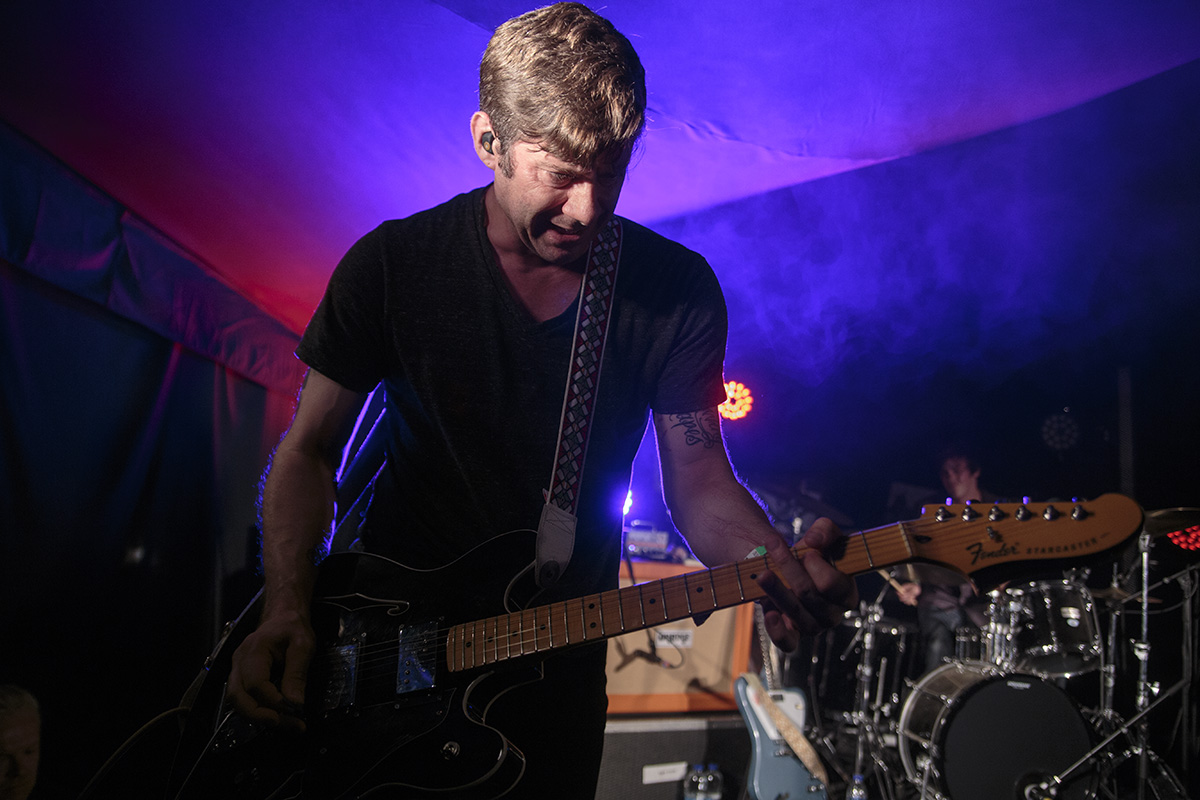 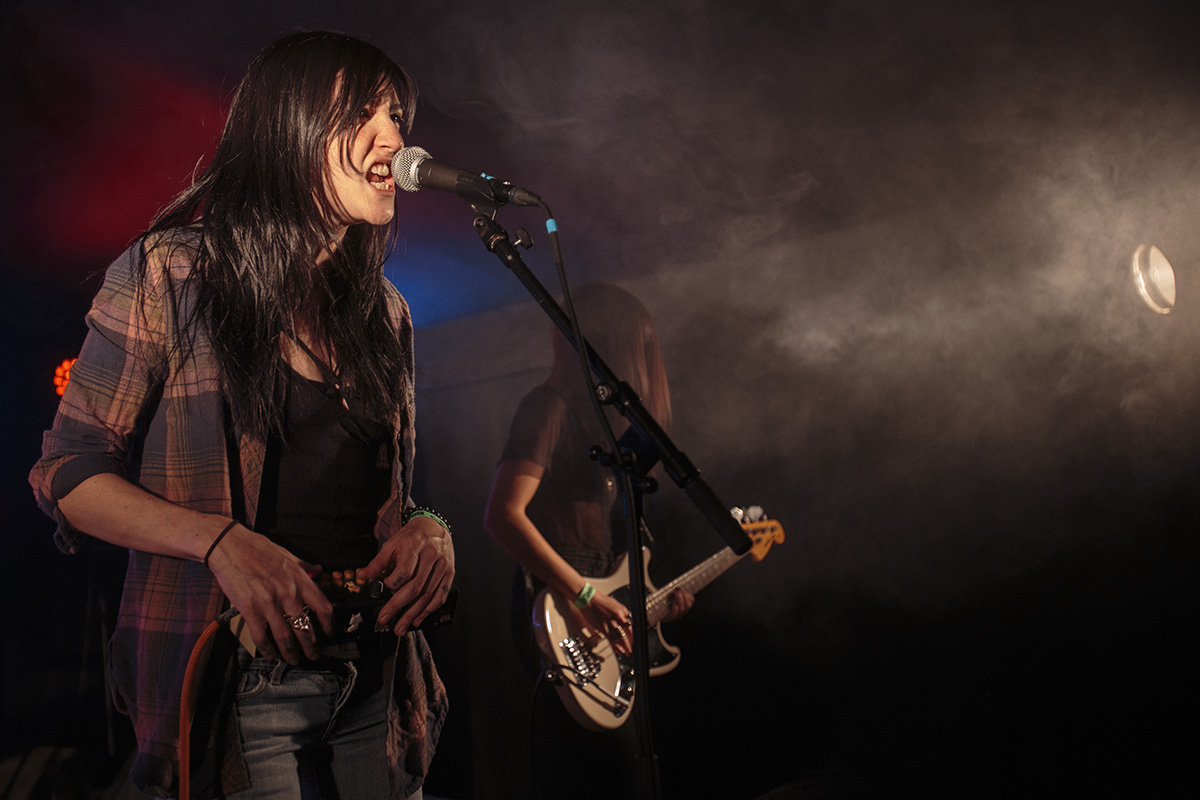 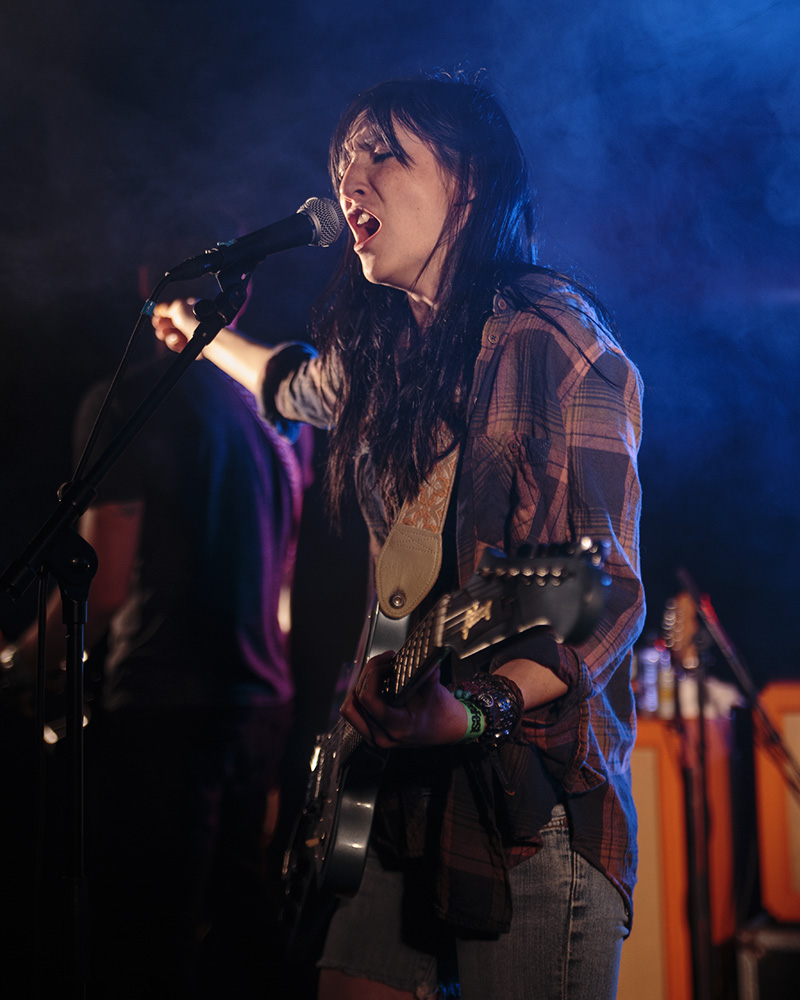 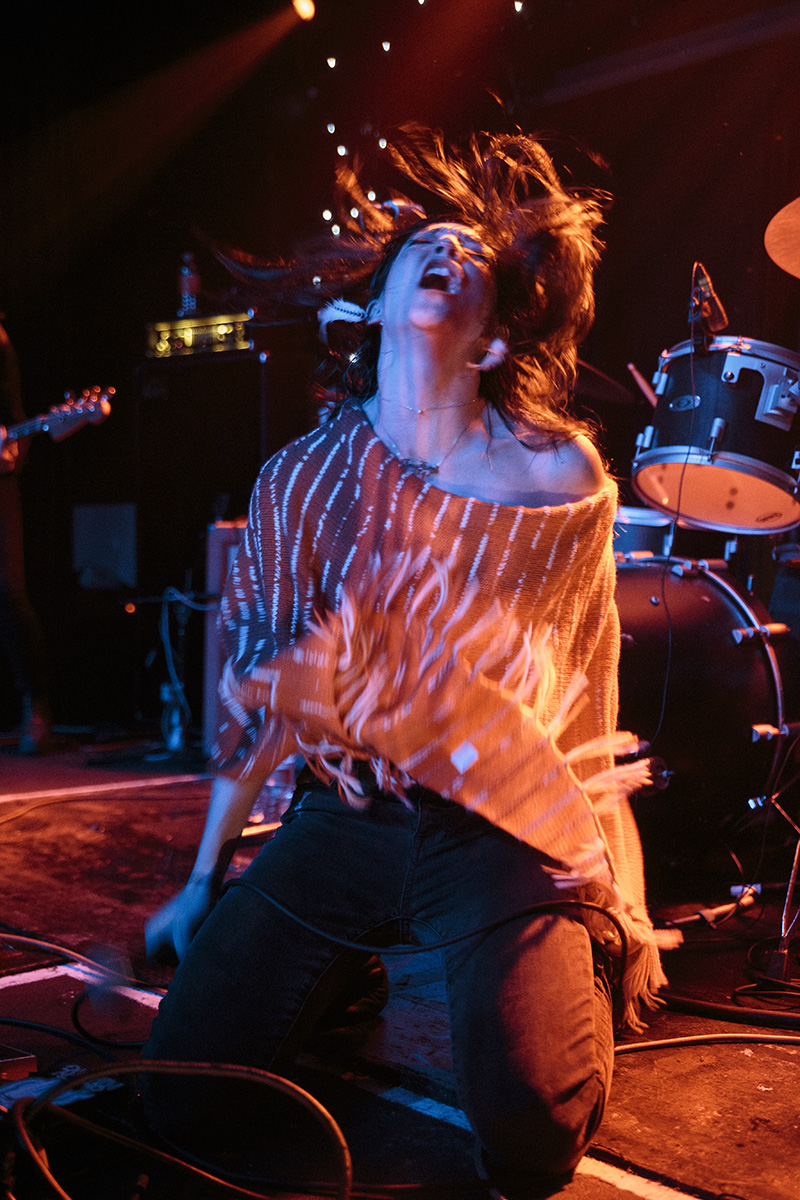 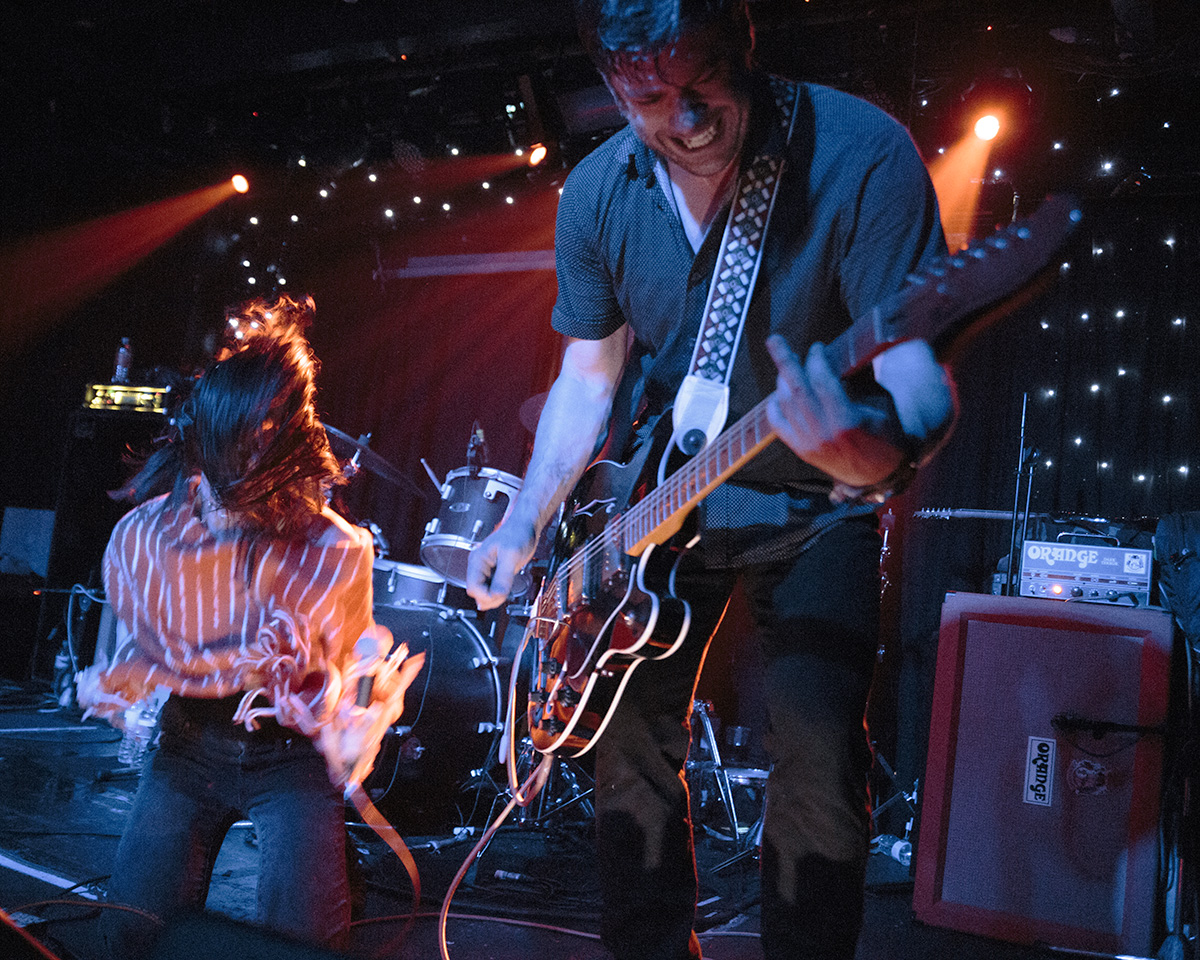 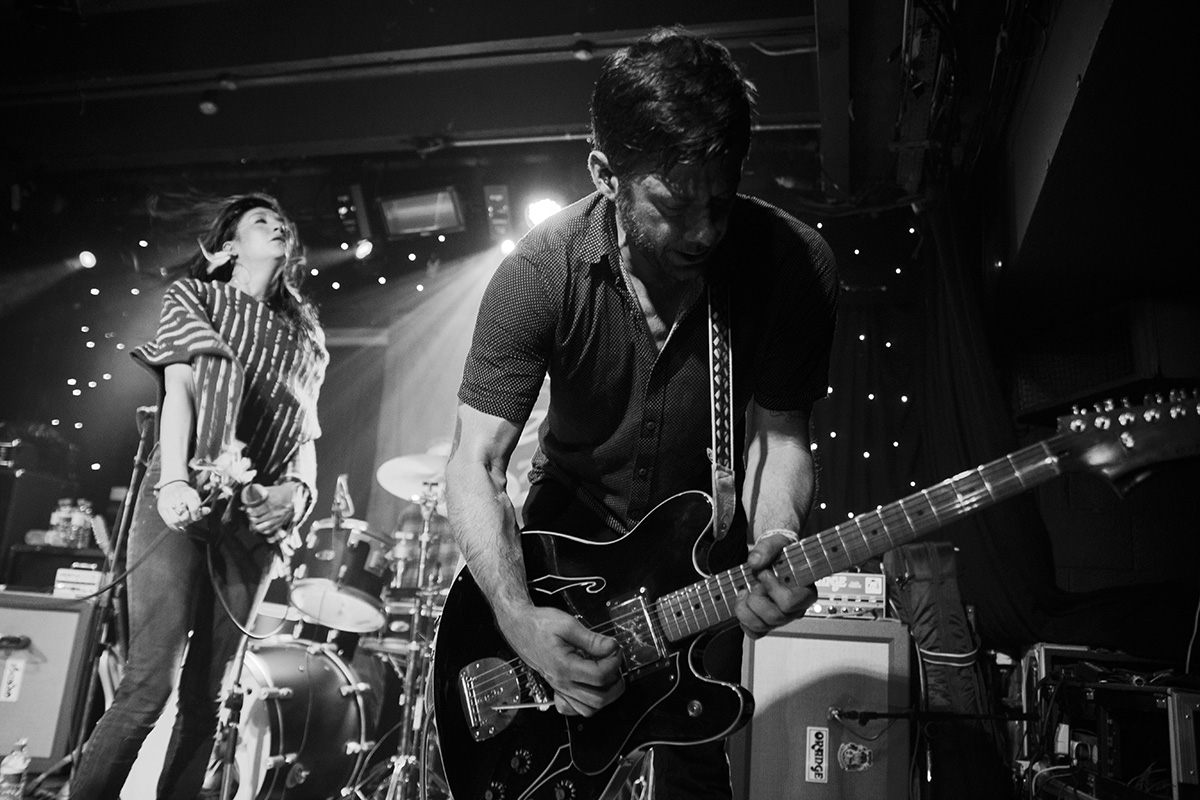 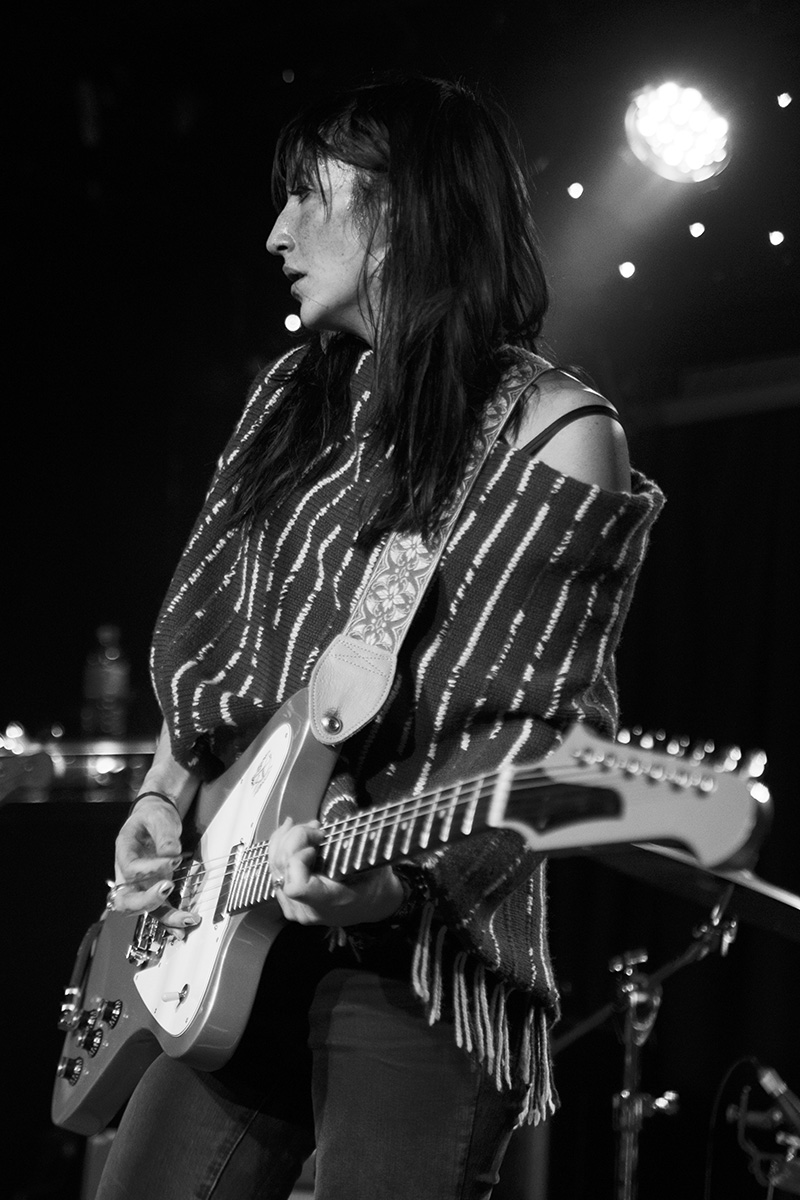 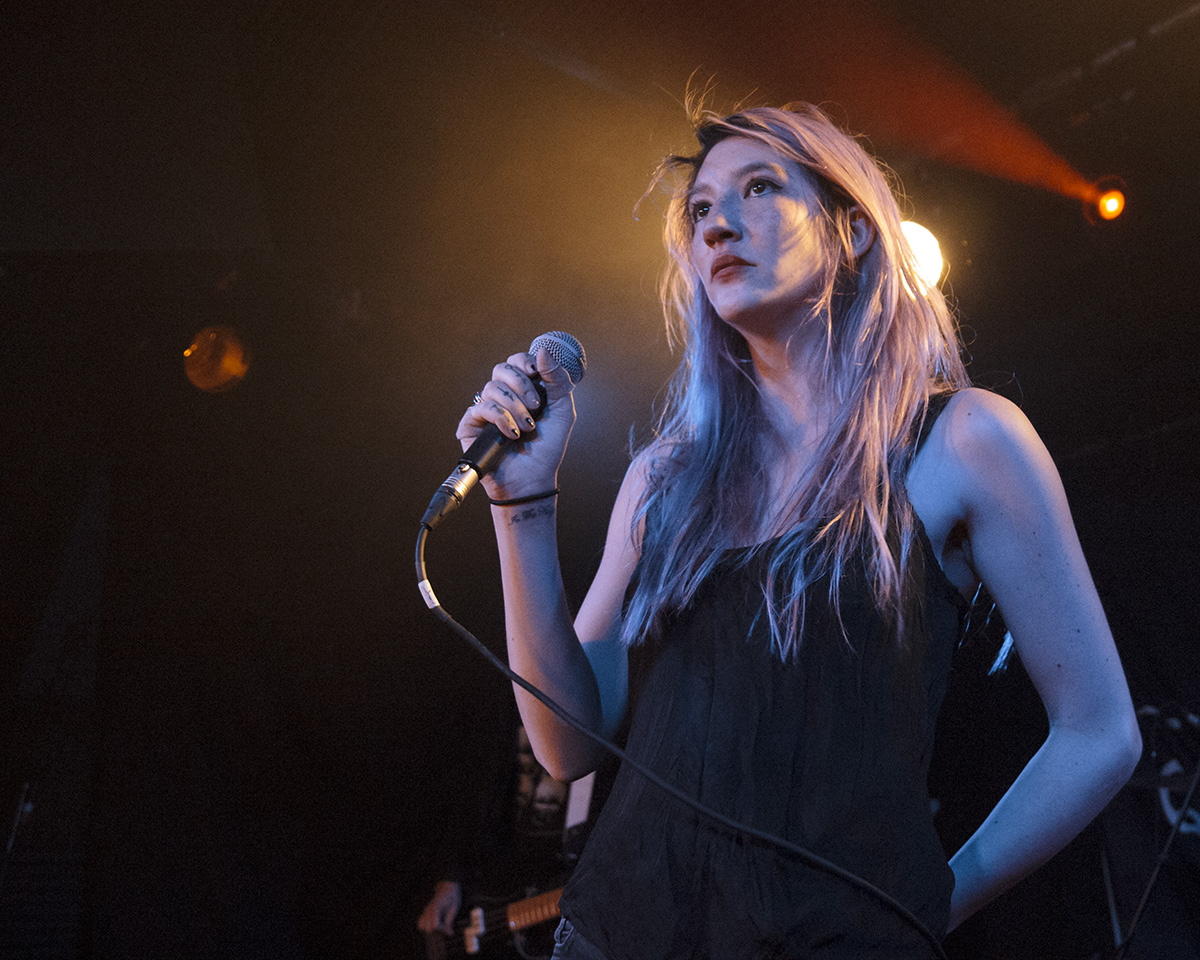 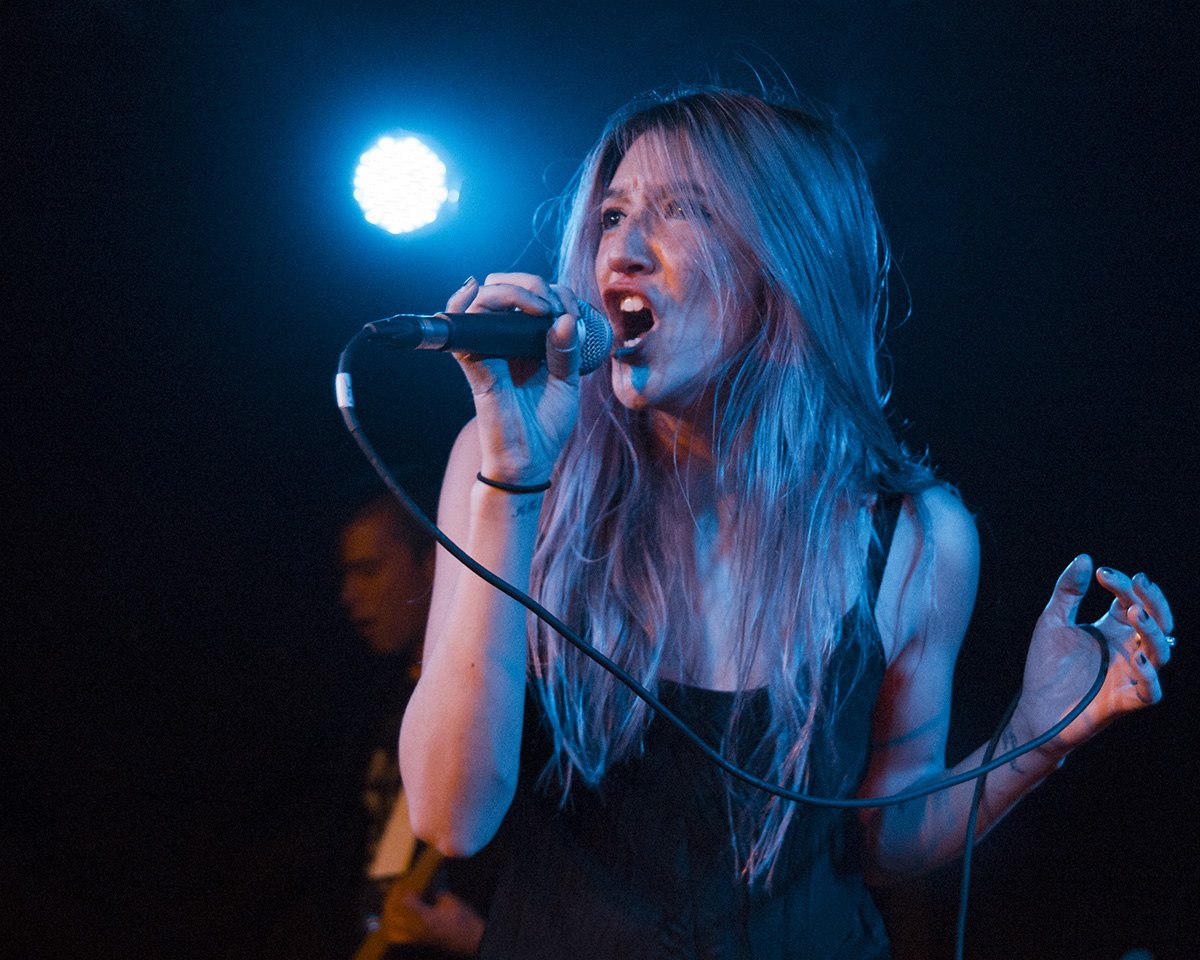 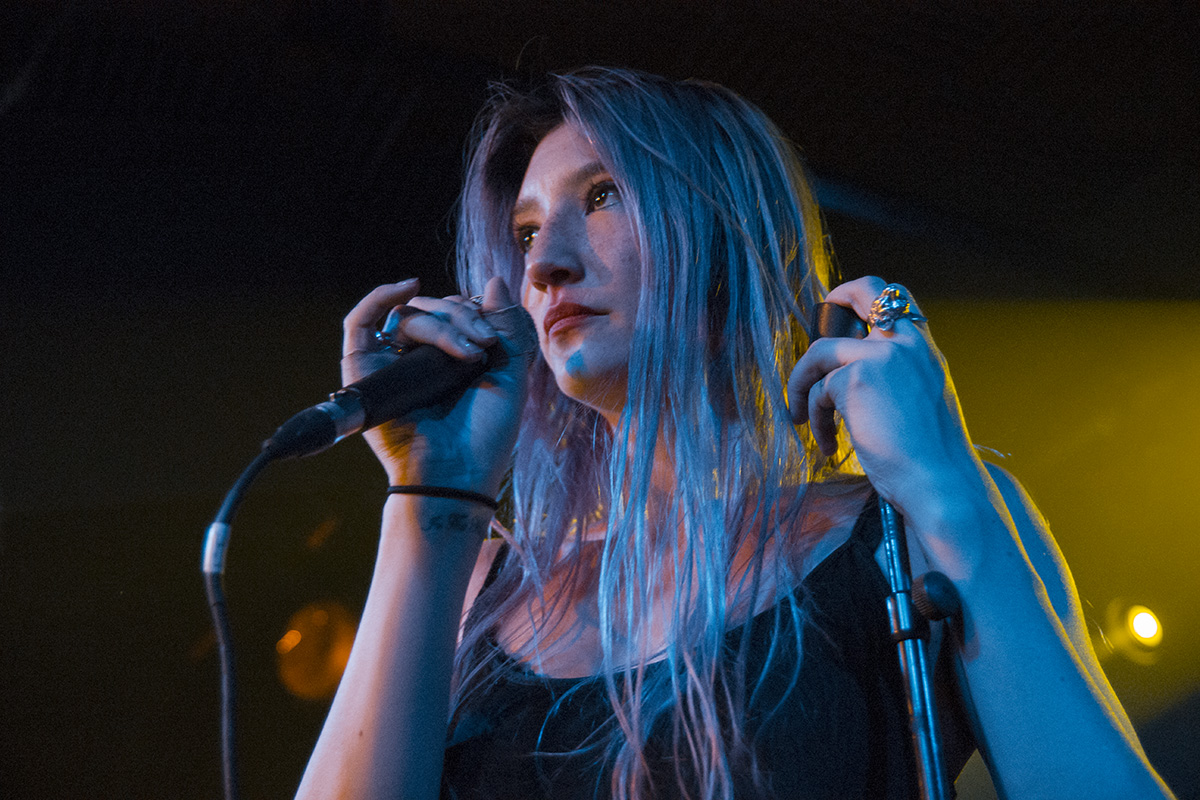 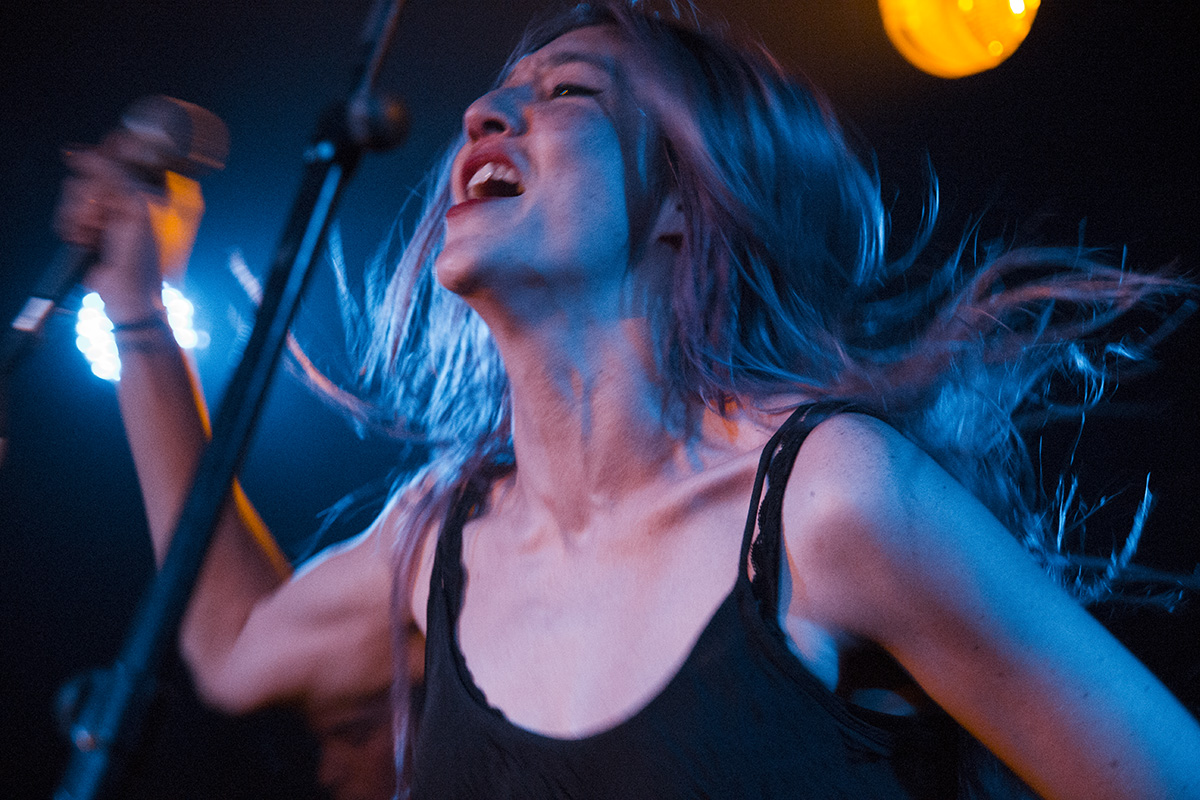 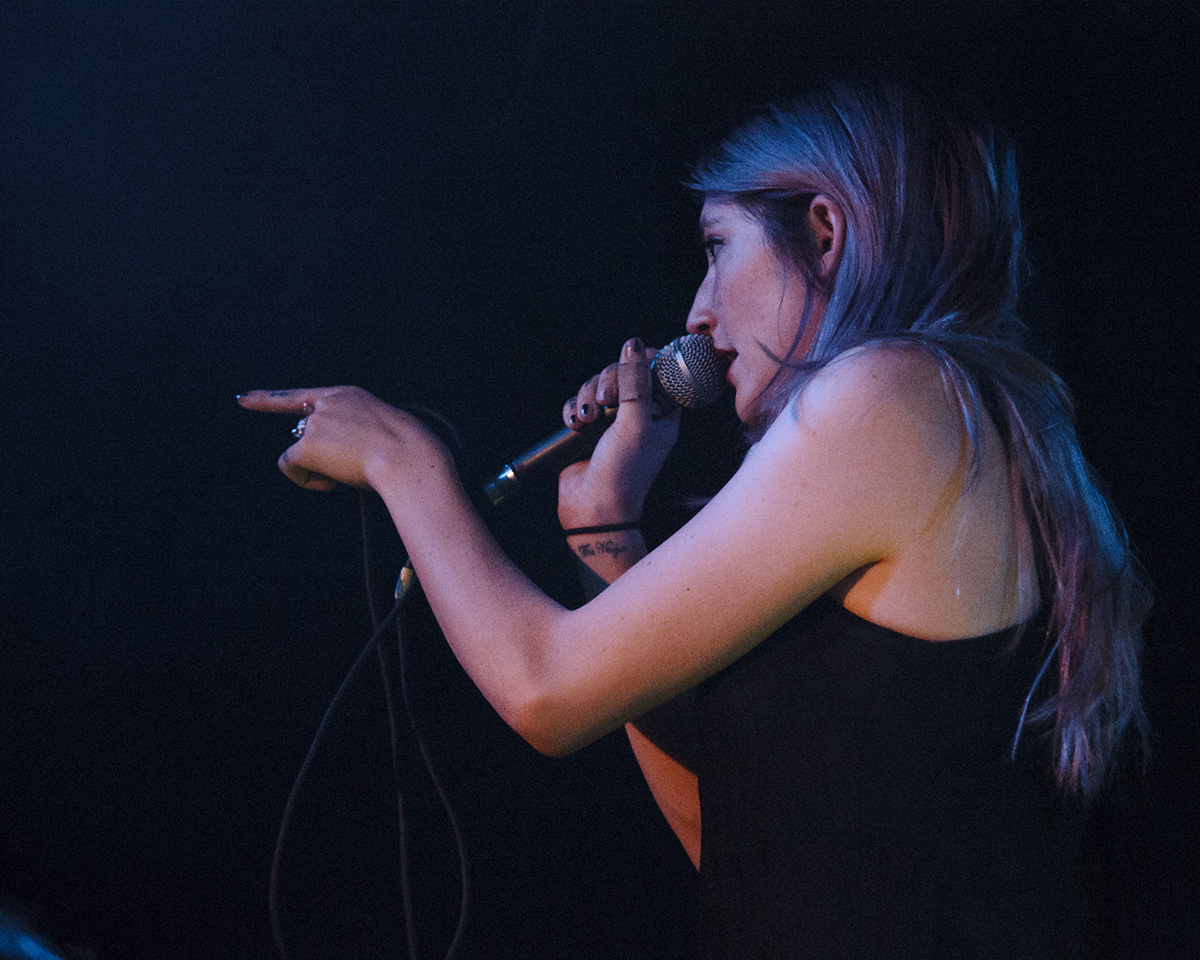 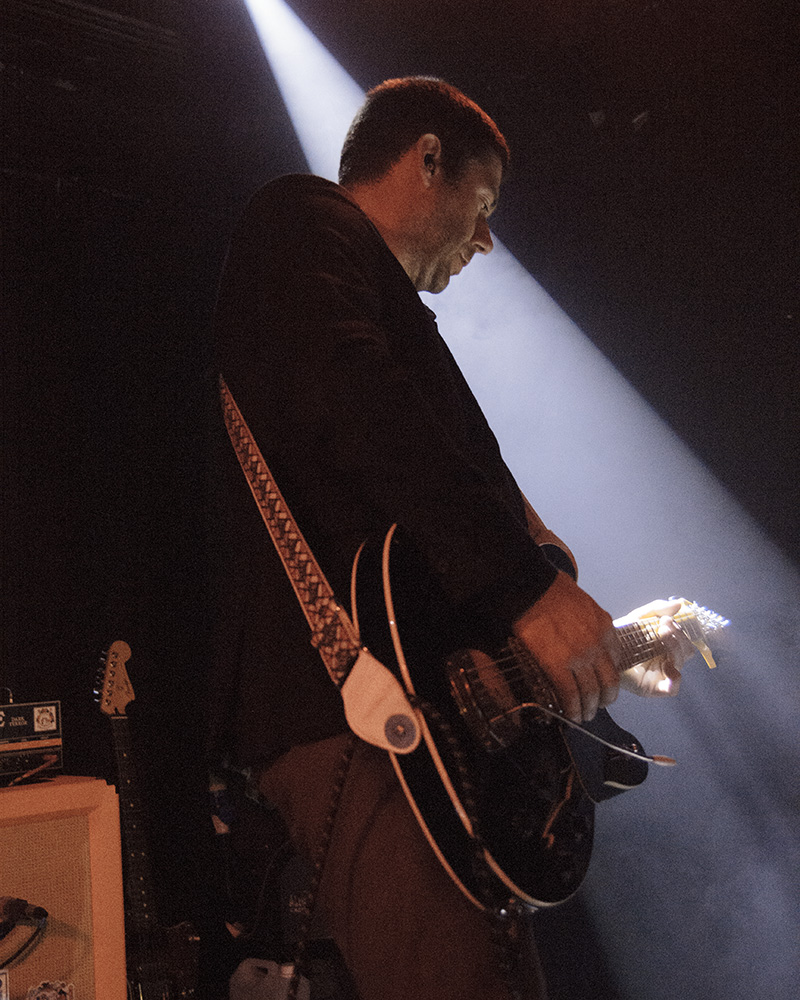 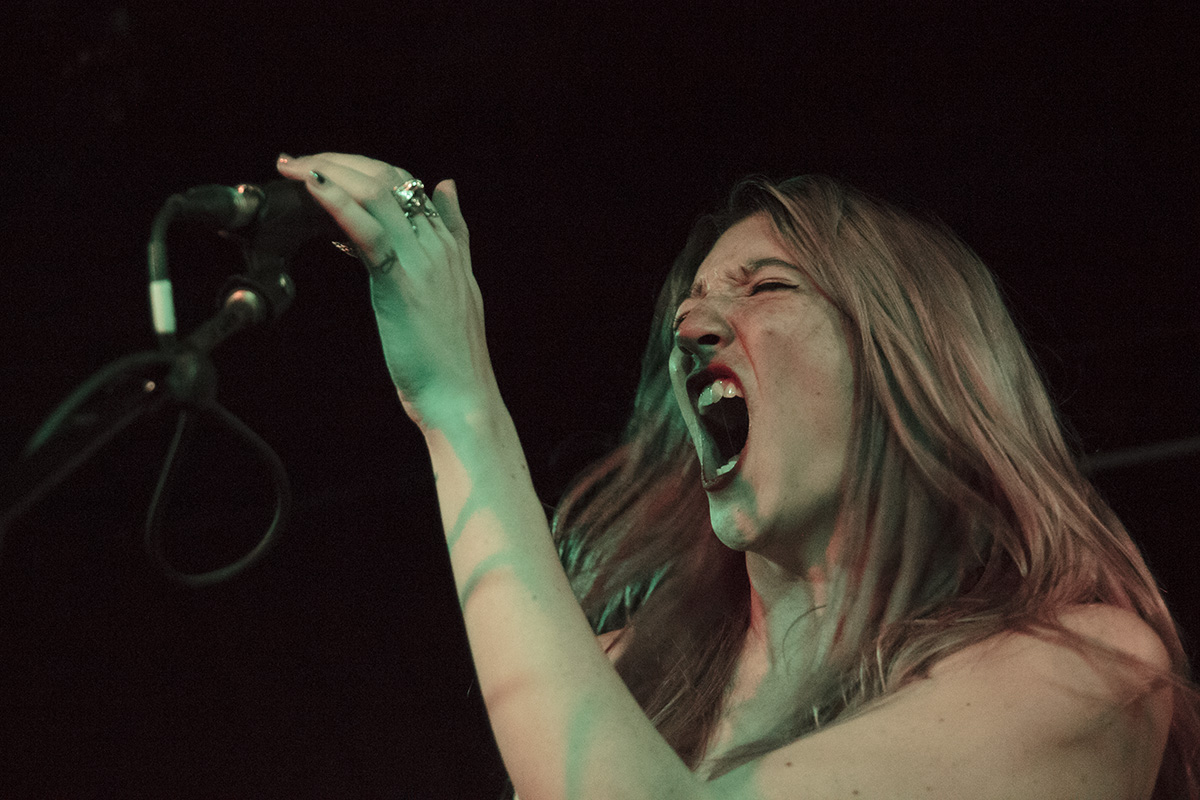 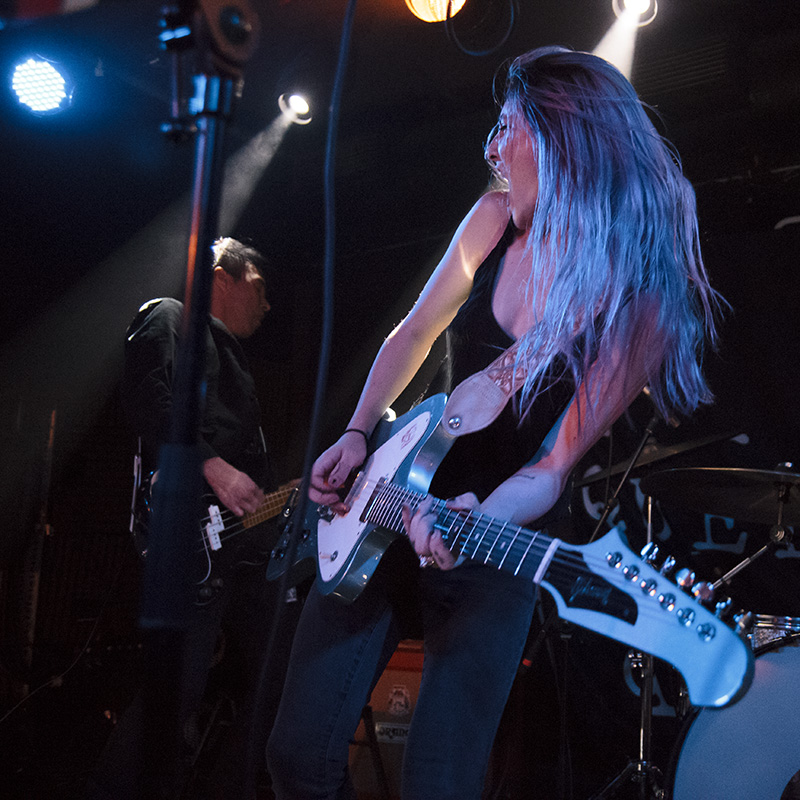 LA based musician, Carré Kwong Callaway is Queen Kwong, or at least the singer, guitarist and creative force behind the band of that name that includes Limp Bizkit’s Wes Borland on guitar.

In 2005, at 17 years old, she opened as a solo act for Nine Inch Nails tour. In 2015 the band toured extensively in Europe and played lots of gigs around London and the UK. Her shows are unpredictable and her music undefinable, but you can be sure it will be loud, passionate and exciting. Chris Patmore spoke to Carré at LeeFest at the end of July, before she played a storming, dark, sweaty set to a handful of hardcore fans. This was a stark contrast to the gentle tones of festival headliner Lianne La Havas, who was playing to a packed main stage at the same time.

You’ve spent a lot of time playing in the UK. What’s the attraction?

I love it here, but the reason we came over here so much is because we were asked to come over. We were given the opportunities, and we took them. And it’s been a great time.

You did a whole lot of free shows on your first time over.

We did like four free shows. People were like, you should really play the UK, and I had a friend over here, who’s a musician, and said, “You should really play London, I think they’ll really like you.” And I was like, “but I don’t think anyone knows of us in London.” Then we played the free shows and they went really well, and we kept coming back.

Is that why you’ve come for LeeFest, or are you doing a whole bunch of festivals?

No. We’re only doing two festivals this entire year, here and Y Not tomorrow.

Oh yeah. Crap. You’re right. Three festivals, but we’re only here three times, and last year we were here like ten times. We’re trying to make this year a little low key because I’m working on a new record, so I didn’t want to play too much.

Has it been a struggle to try and get audiences in the US?

It’s not a struggle to get audiences, it’s a struggle to tour because it is so spread out. There’s no national radio. There’s not much of a rock scene in the US, there’s more of a rock scene here – in terms of actual heavy rock. We have great crowds in the US, when we go to the cities, but we can’t do full tours because it takes too long, because it’s 13-hour drives everywhere you go. Driving gets expensive and it’s so time consuming. It’s just harder in the US, logistically.

Does having Wes in the band help bring in audiences?

No. It’s actually probably done more harm than good [laughs]. His existing fans are not mine. It’s a different demographic. And I have people that are probably my demographic who are turned off by him being in the band, because they assume something. Whatever. People are just, whatever. At first it was a bit of a struggle, but as soon as people did give us a chance, they realised it wasn’t what they were expecting.

Is there a growing market for strong, female-fronted bands?

It’s seems like there is now, more than the last several years. It’s like there’s a resurgence of girls playing rock music. It’s always been there, but it’s become more popular, industry wise. But there’s not nearly enough, it shouldn’t just be like a trend, it should be a regular thing. It shouldn’t be, “It’s hot now. Girls playing rock is hot now.” It’s not like girls have suddenly started playing music. They only played music in the early ‘90s and right now. That’s not the case. People still assume that being a girl – it’s not the same. A lot of people assume that if you’re a girl in music, you’re a singer, and people are always surprised that I play instruments; people are always surprised I write everything. People shouldn’t be surprised by that. They’re surprised I’m a girl. We’ve found more girl bands here than in the US, in terms of who we’ve played with. We’ve played with a bunch of girl bands here, but in the US there’s not very many that we’ve played with.

I would say that half the bands I shoot are girl bands, but it is also a preference.

Is the new recording going to be your first album?

My first record came out last August, almost a year ago. I considered it an LP, but it was only eight songs. It was between an EP and an LP.

Vinyl albums only used to be around eight songs.

I don’t know who makes the rules these days anyway. I can’t keep track. This record is about 11 or 12 songs. I’m taking more time with it. Last record was kind of all improvised, so this time I’m taking time to develop song ideas. I’m hoping that will be out in the spring of 2017.

Since the first time I saw you in London, your sound seems to have changed quite a bit, it seems a lot harder, or is it down to your mood on the day?

Yeah, on whoever is available to play with me.

Queen Kwong’s debut album is out now via Dissention Records.