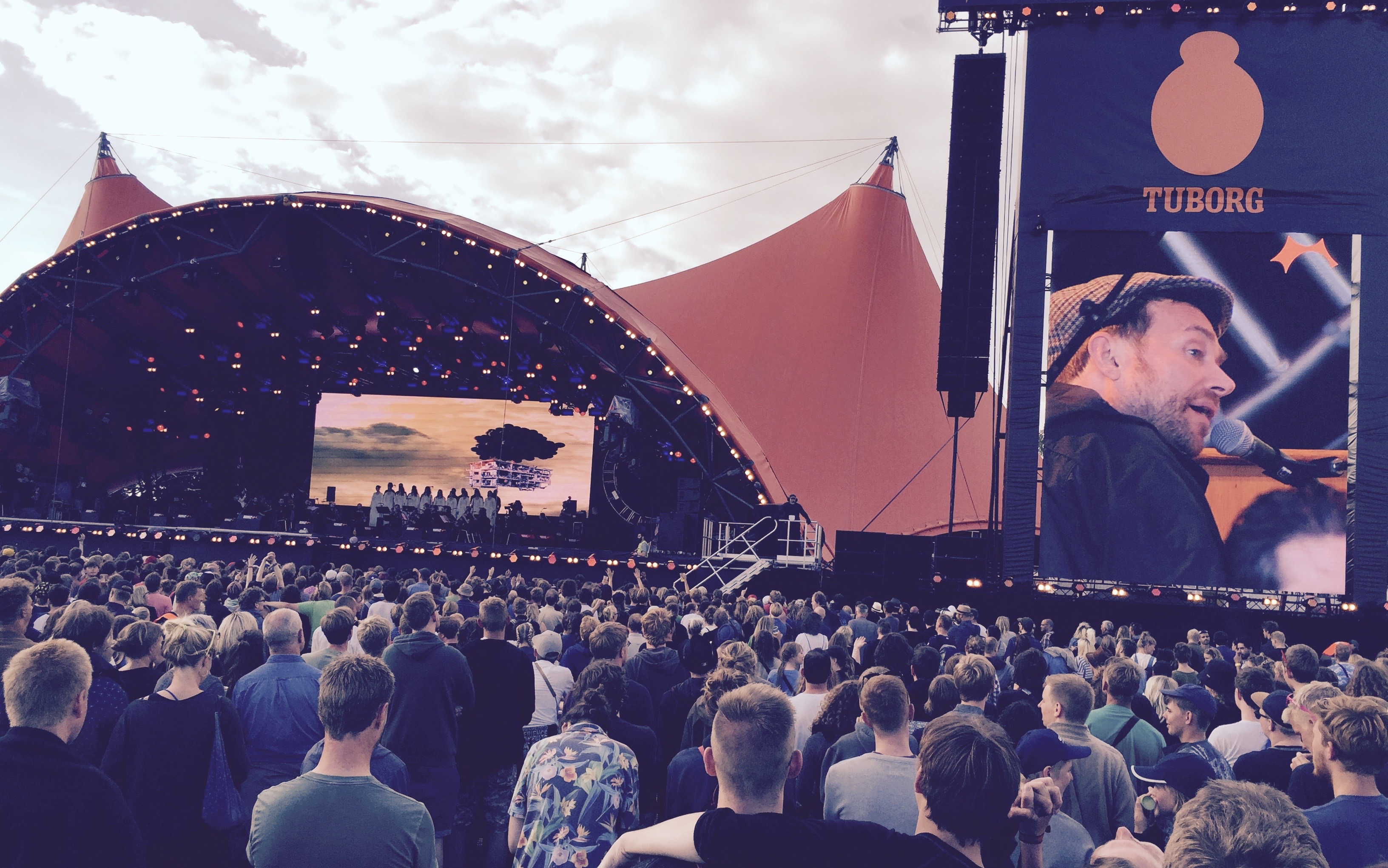 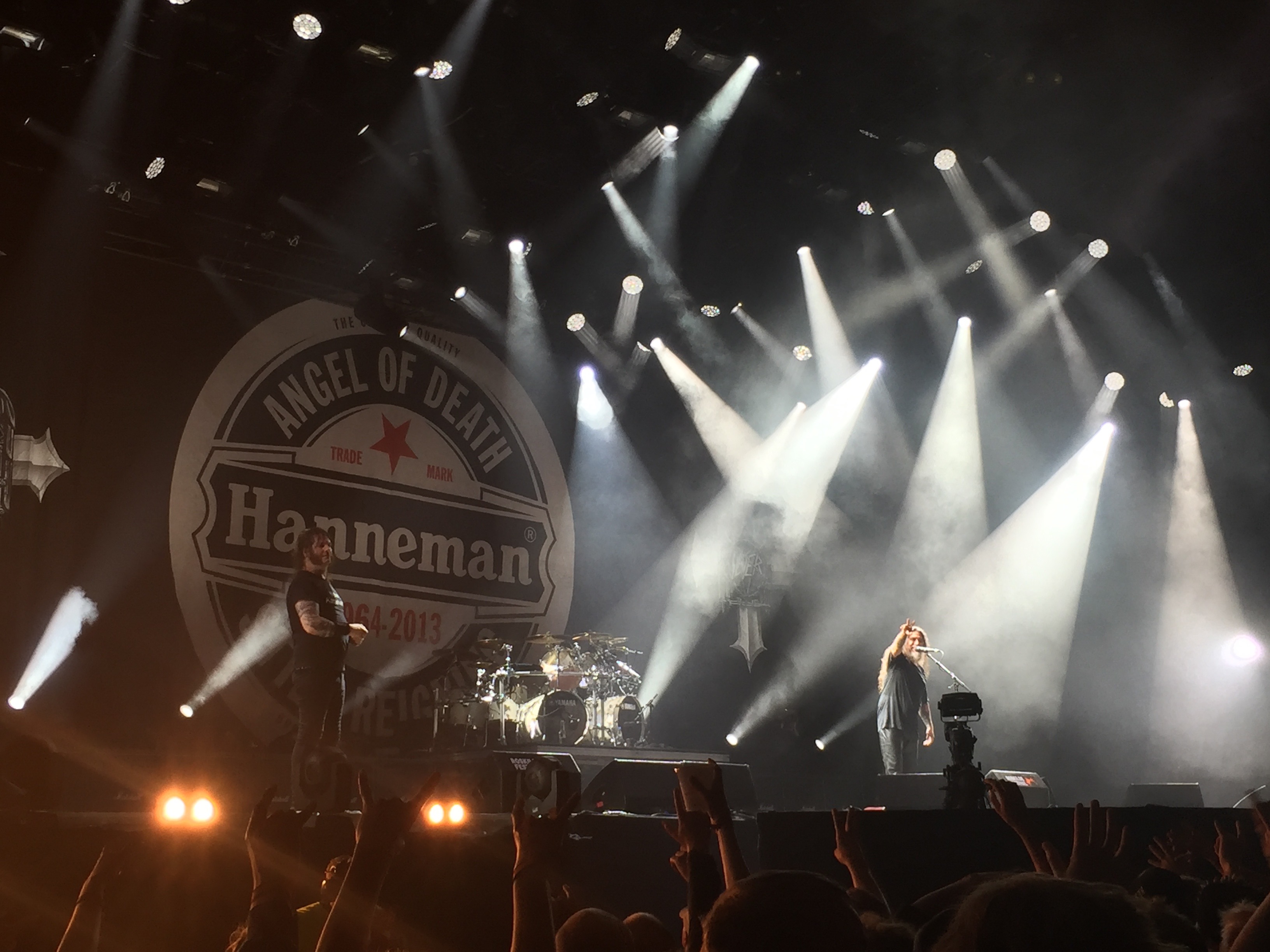 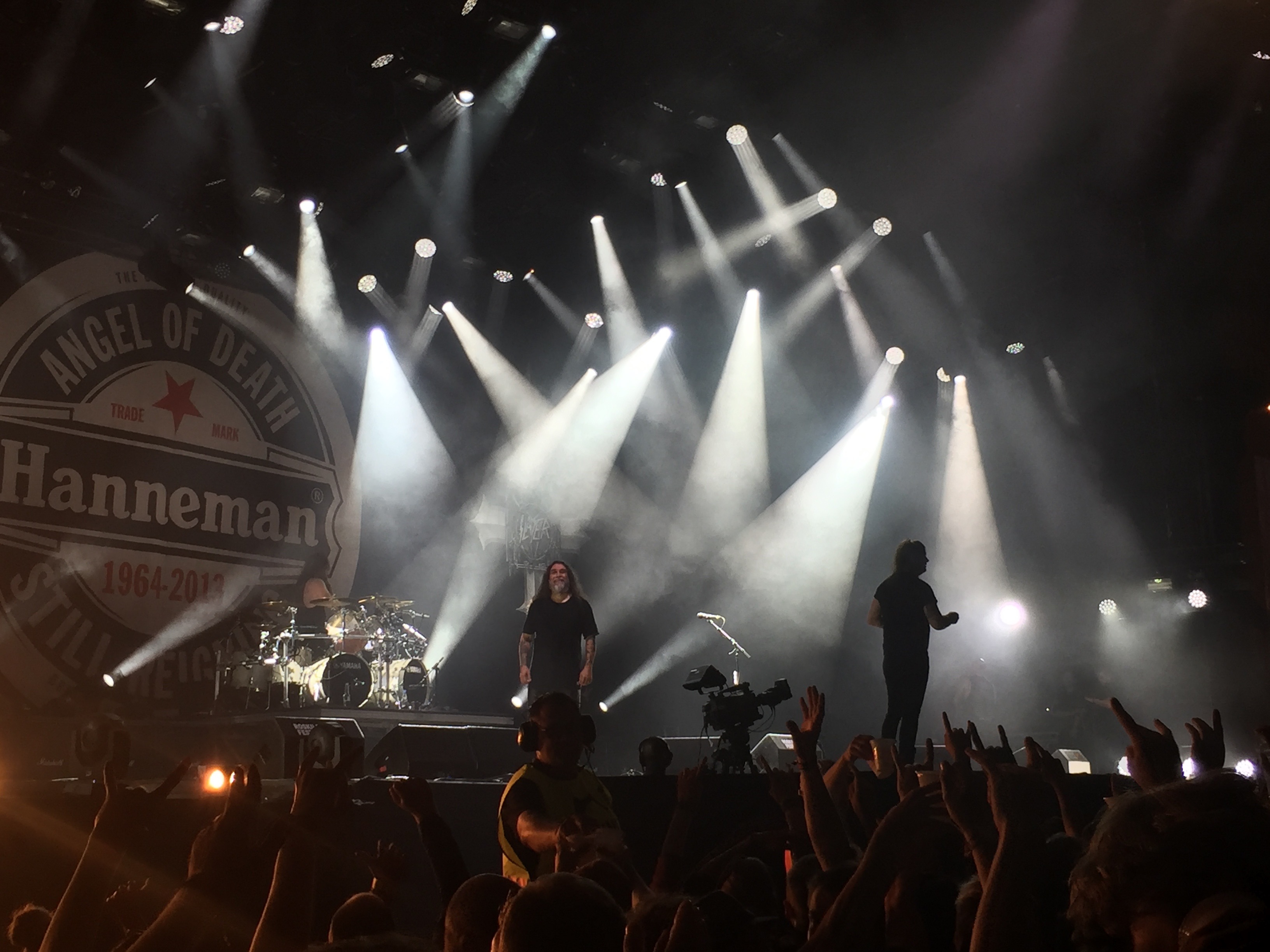 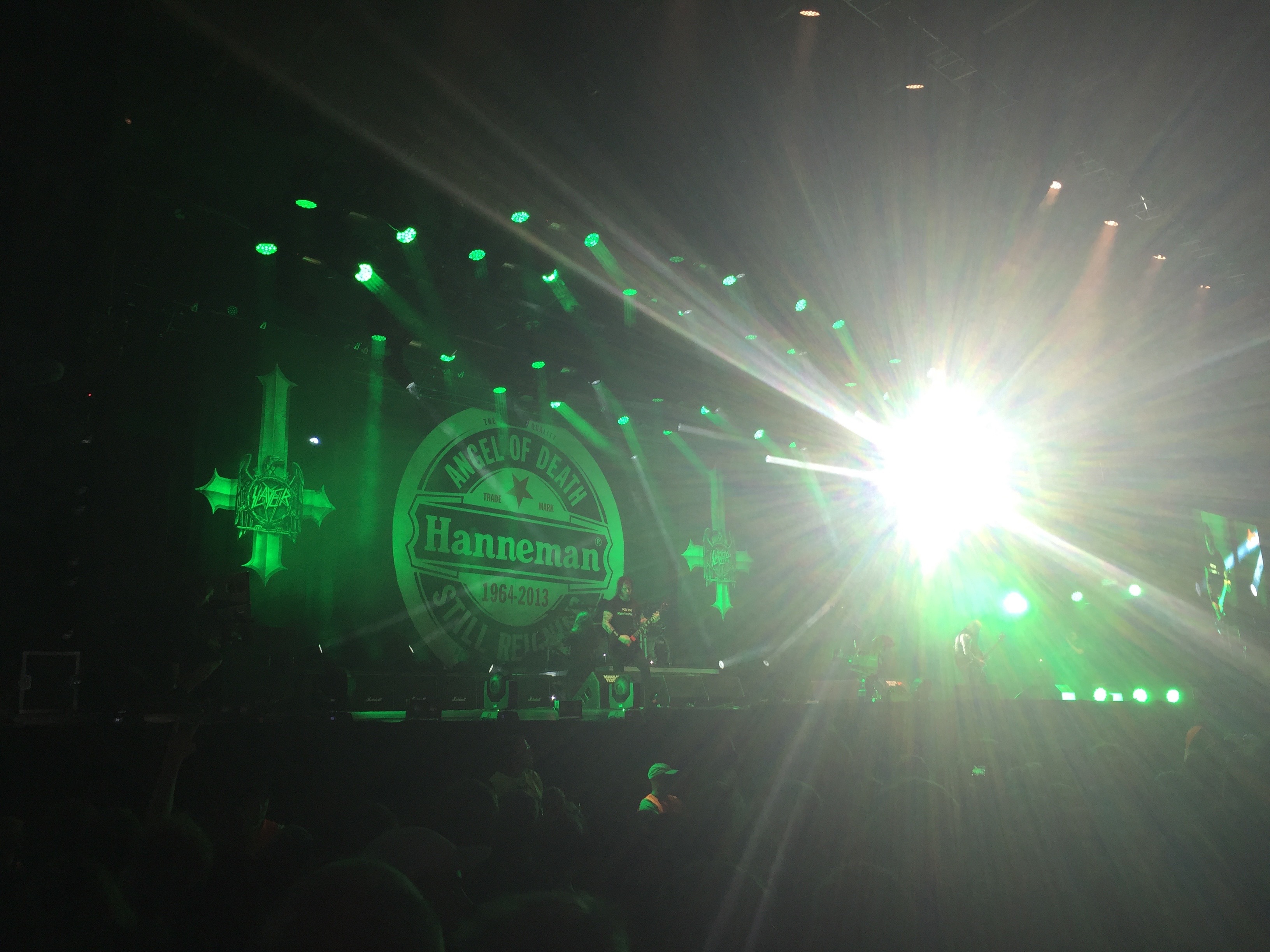 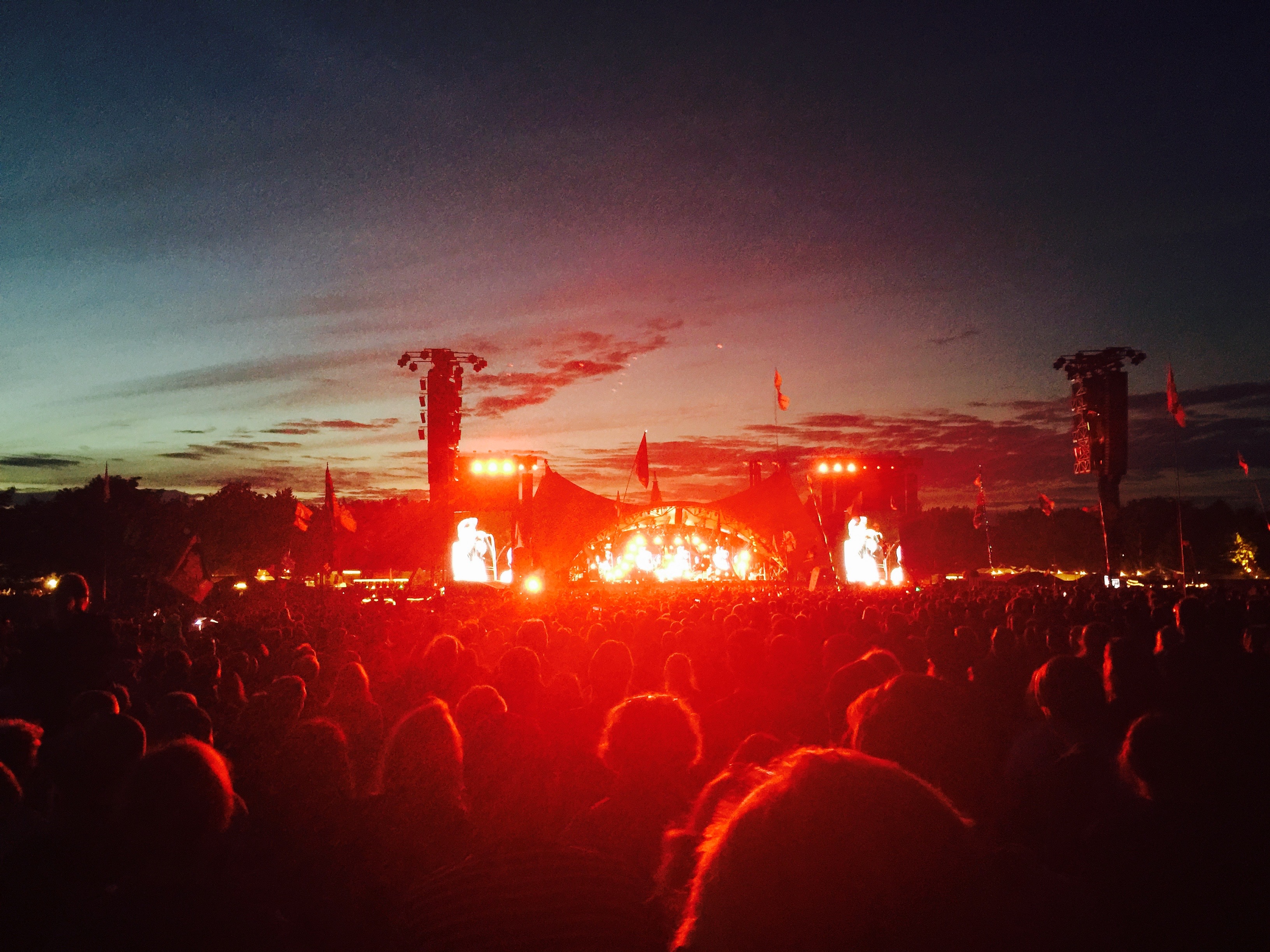 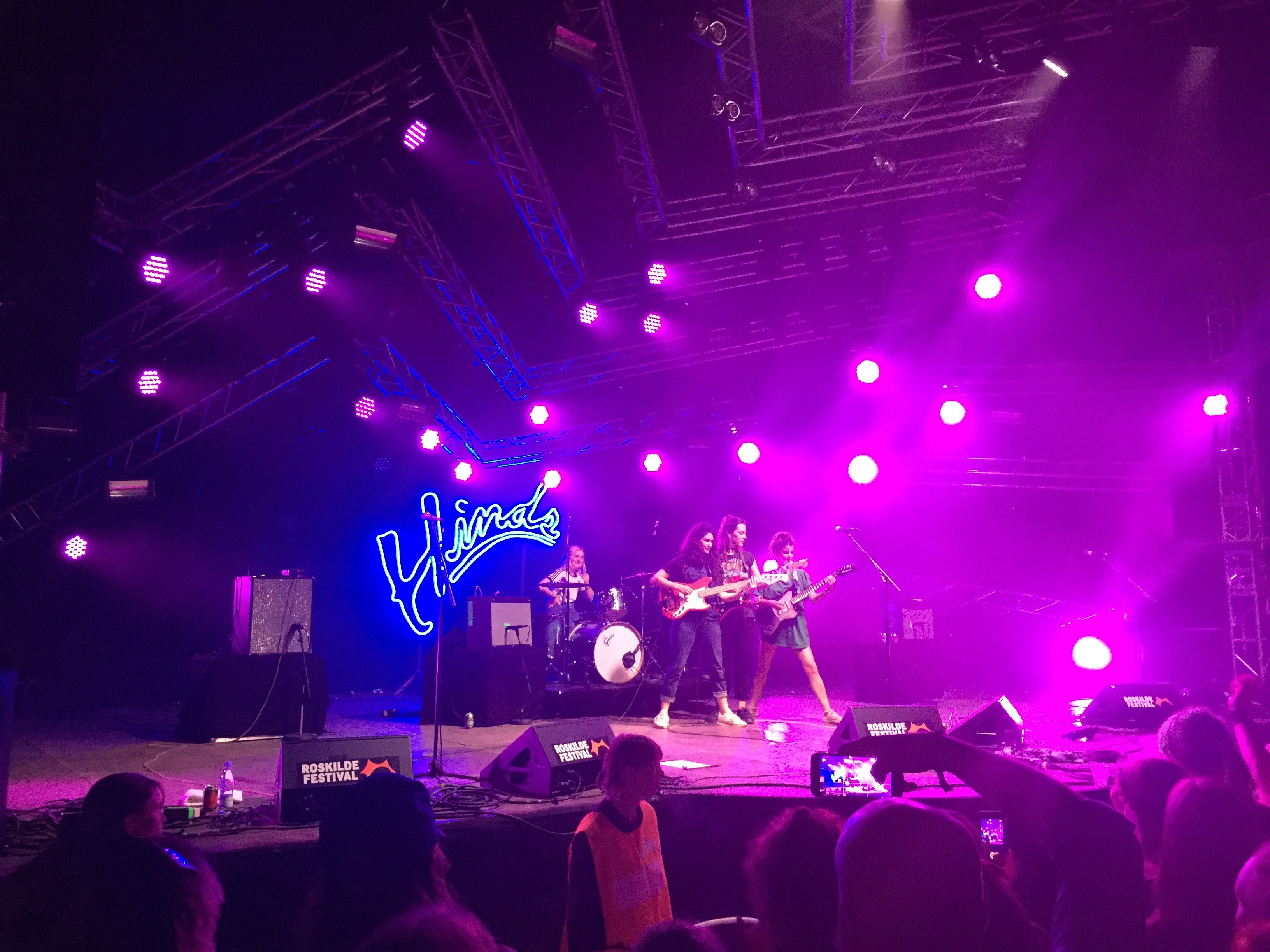 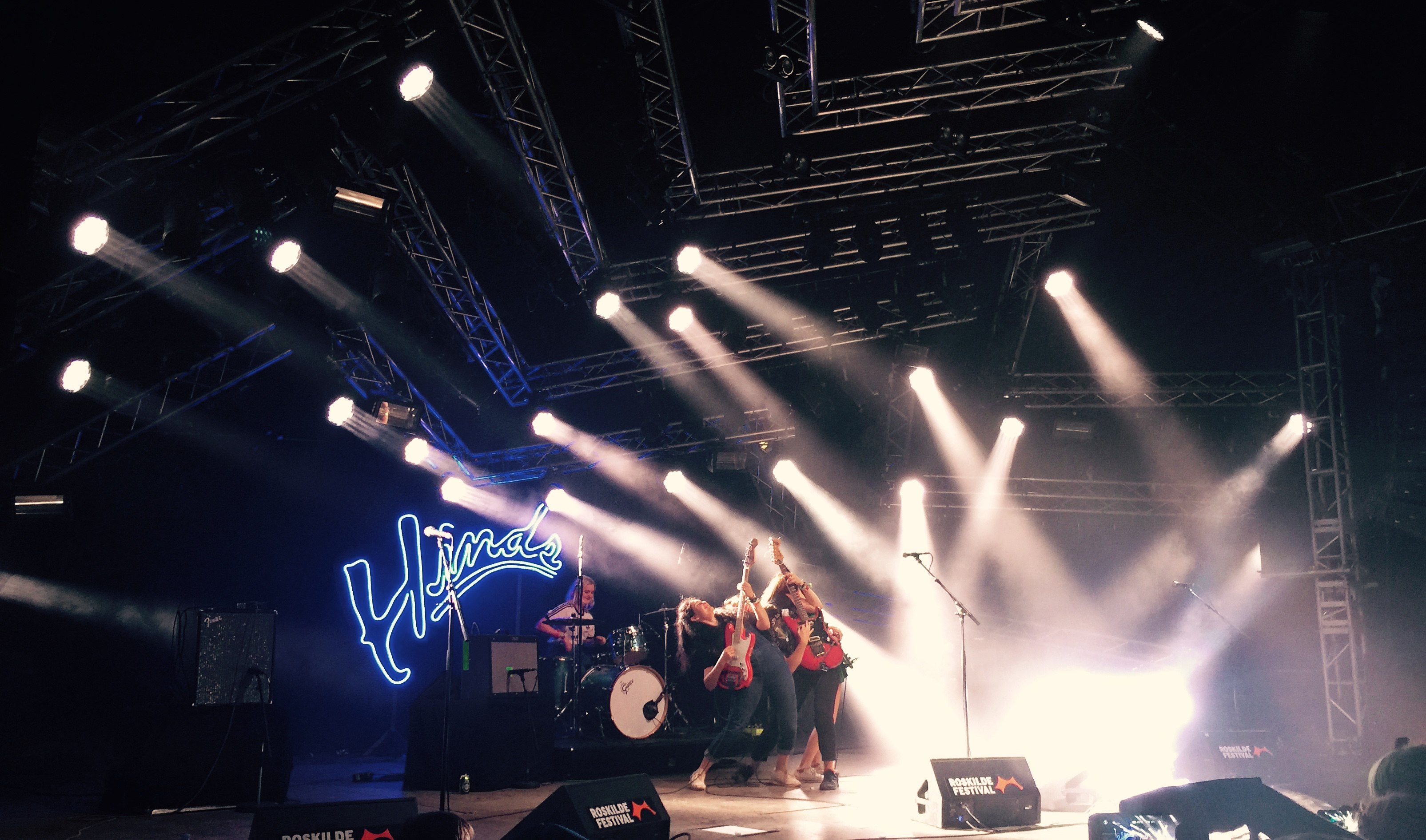 Oh, Roskilde. So much to answer for.

There is not a thing that hasn’t come through here over the years, since this festival opened for the first time as Sound Festival, back in 1971. Love, rain, death, hate, mud, illegal/legal drugs – a multiple of sexual diseases – births, abortions, weddings, more sex, The Kinks, Paul McCartney, etc…

Roskilde Festival has since grown to become the biggest annual party in Denmark, with people from all over the world flocking to its fields, with tents or in campers, to take part.

The party has already been going on for four days. Four days of drinking. People falling in and out of love, enjoying life and music, embracing the essence of youth. We find ourselves on a rainy day in Copenhagen, and it doesn’t look good. Then suddenly the sky starts to clear, and that lazy old sun of ours starts to peak out from the gloomy drapes, from the heavens above.

Summer’s up! And yours truly, along with good friend (and this year’s FMS photographer) Morten, fetch a few of our most needed belongings, and set sail for Dyreskuepladsen. Just 45 minutes later we arrive safely in style, in Morten’s old Saab.

We park at the best possible place, hurry through check-ins, and head straight through the media-area to grab some free coffee; enter the left side of the Main Stage and walk straight out into the festival site, just in time to witness the evening sun rise upon main opening act, The Orchestra of Syrian Musicians, whose members were once scattered around the world, by the civil war in Syria, forcing them to flee their homeland. It’s a nice reunion and the show is strong, led on by the tones of Arabian music, which comes across both vibrant and exotic to a cheerful audience.

The beautiful people of Roskilde are very moved by all this, and it is all quite understandable, ’cause the show IS special. And also, we have a very special guest – the man who played a big part in getting them back together – Mr. Damon Albarn, who at one point comes out and performs a beautiful version of the Beatles‘ ‘Blackbird’ on piano. 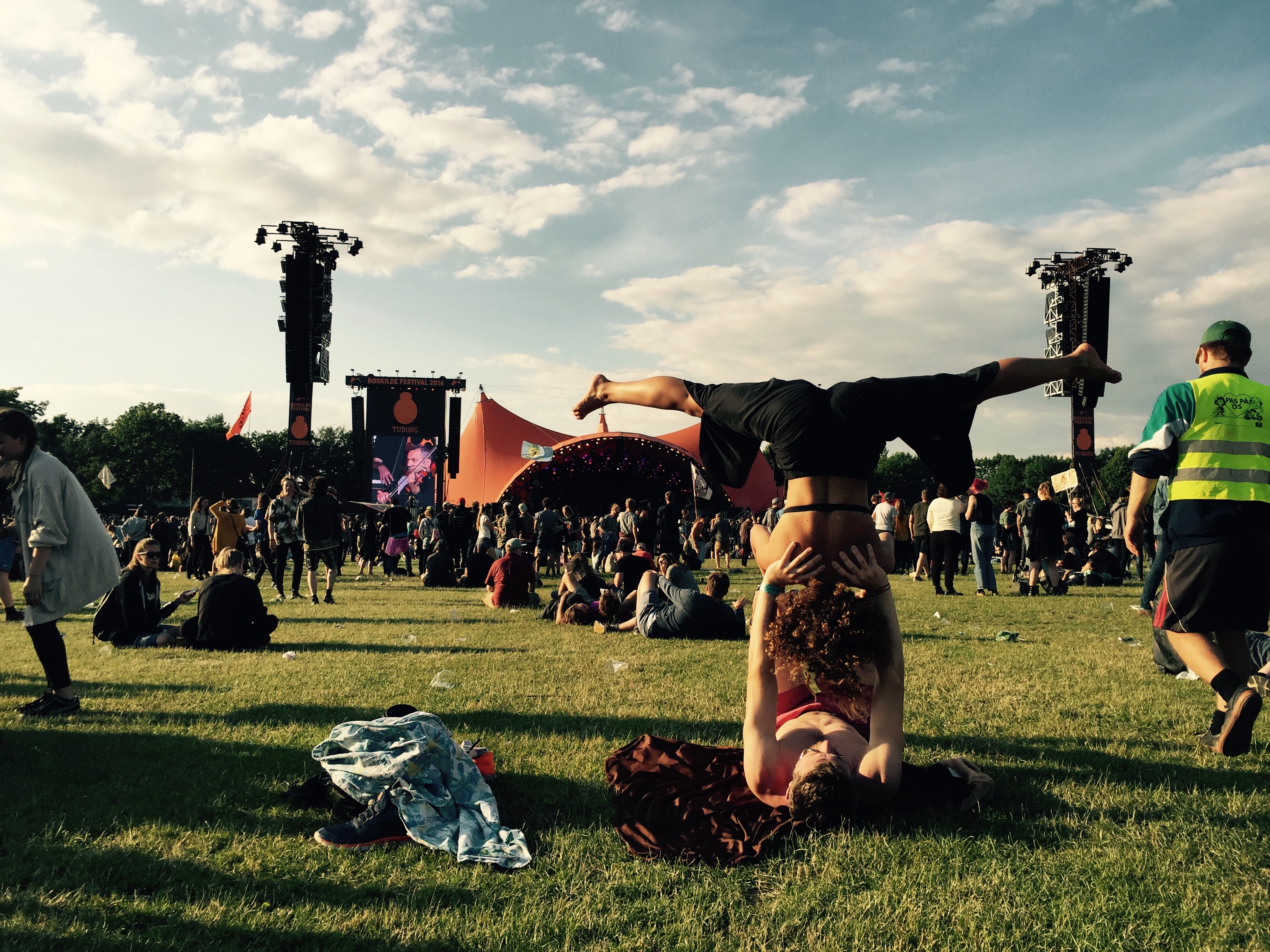 As the band finishes, we enjoy some quiet time with an organic Tuborg in the sun, in the big open space in front of the Main Stage. As we lie down in the grass the atmosphere is nothing but calm and peaceful, and around us young lovers are in love, older couples maybe even more so. Everyone seems to have forgotten the pains of their everyday lives, and that’s the beauty about festivals. One couple even practise acroyoga and salute the evening sun. In a couple of hours this whole space will be packed with Red Hot Chilli Peppers crazed crowds, and we leave as the masses arrive.

Shortly afterwards, the big decision is whether to grab bite to eat or to watch Slayer down on Arena stage. We decide the metal are the fruits of love, and we rush over to catch a glimpse of the trash legends for some lessons in old school, headbanging. ‘Cause who might be better at that than the band who gave us songs such as ‘South Of Heaven’, ‘Angel Of Death’ and ‘Seasons In The Abyss’. We arrive to screaming guitar solos, in front of a big stage banner that pays tribute to their late guitarist Jeff Hanneman, who sadly died in 2013.

After devouring a new Nordic interpretation of the traditional Danish pork (Flæskestegs) sandwich by famed Danish chef, Meyer, along with another organic Tuborg, we head towards the Avalon stage, where the Golden Voice Of Africa‘s Pat Thomas & Kwashibu Area Band, are tickling the crowd with their high-life blend of African rhythm, full of jazzy brass and jangly guitar hooks, all held together by a tight bass and drum. It is nothing but a pleasure to witness, and everyone seems to be dancing their wellies off.

At Pavilion stage Madrid rockers Hinds becomes the highlight of the day, ’cause they are freaking awesome. They greet their audience with so much charm and attitude, that it is hard not to love them. Their songs are raw and shambolic, and they play their instruments as if they only picked them up yesterday. Whether this is on propose or not, I can’t tell, but it all works in their favour, and they clearly seem to be the real deal – not the least bit pretentious.

I can’t help but seeing them as a love child between The Shaggs, Nirvana, Velvet Underground and The Raincoats, but I‘m not even sure if these young girls are aware of that. This is pure adrenaline rock n’ roll. To be young and carefree and just have the fucking time of your life. This lot clearly seem to be having a lot of fun, and that’s what it’s all about really.

A couple of days with rain seems to be threatening, as we return to the car to drive back to Copenhagen for the night. Our mission tomorrow is to find a place here to sleep, so we can stay on the festival site for the remaining days, but tonight we head homewards, while listening to classical music on the car stereo.

While driving, we learn that Elvis Presley’s first (and finest) guitarist, Scotty Moore has died – a slight bit of melancholia appears and the classical music gets louder, as the Saab pierces through the night.