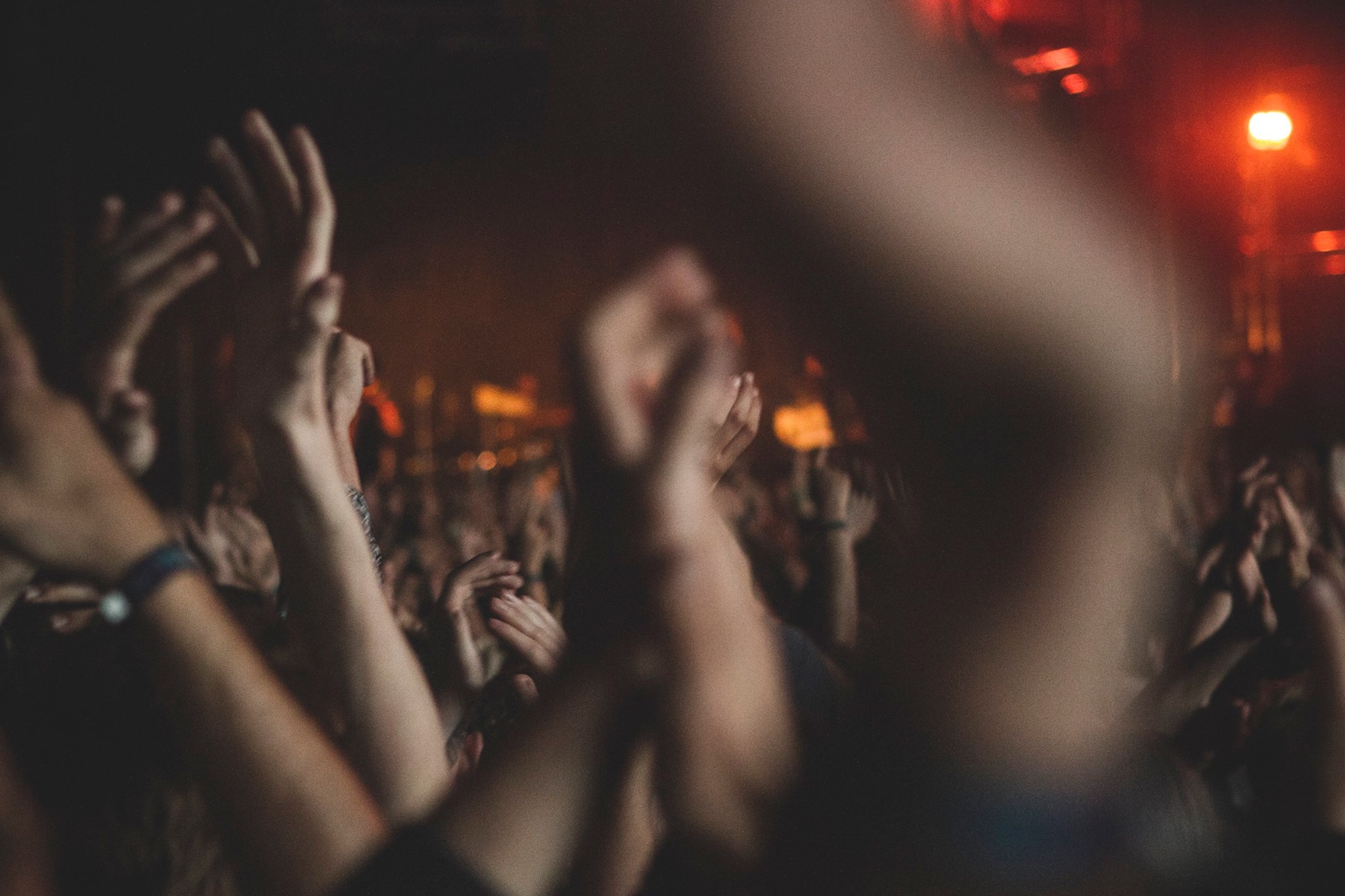 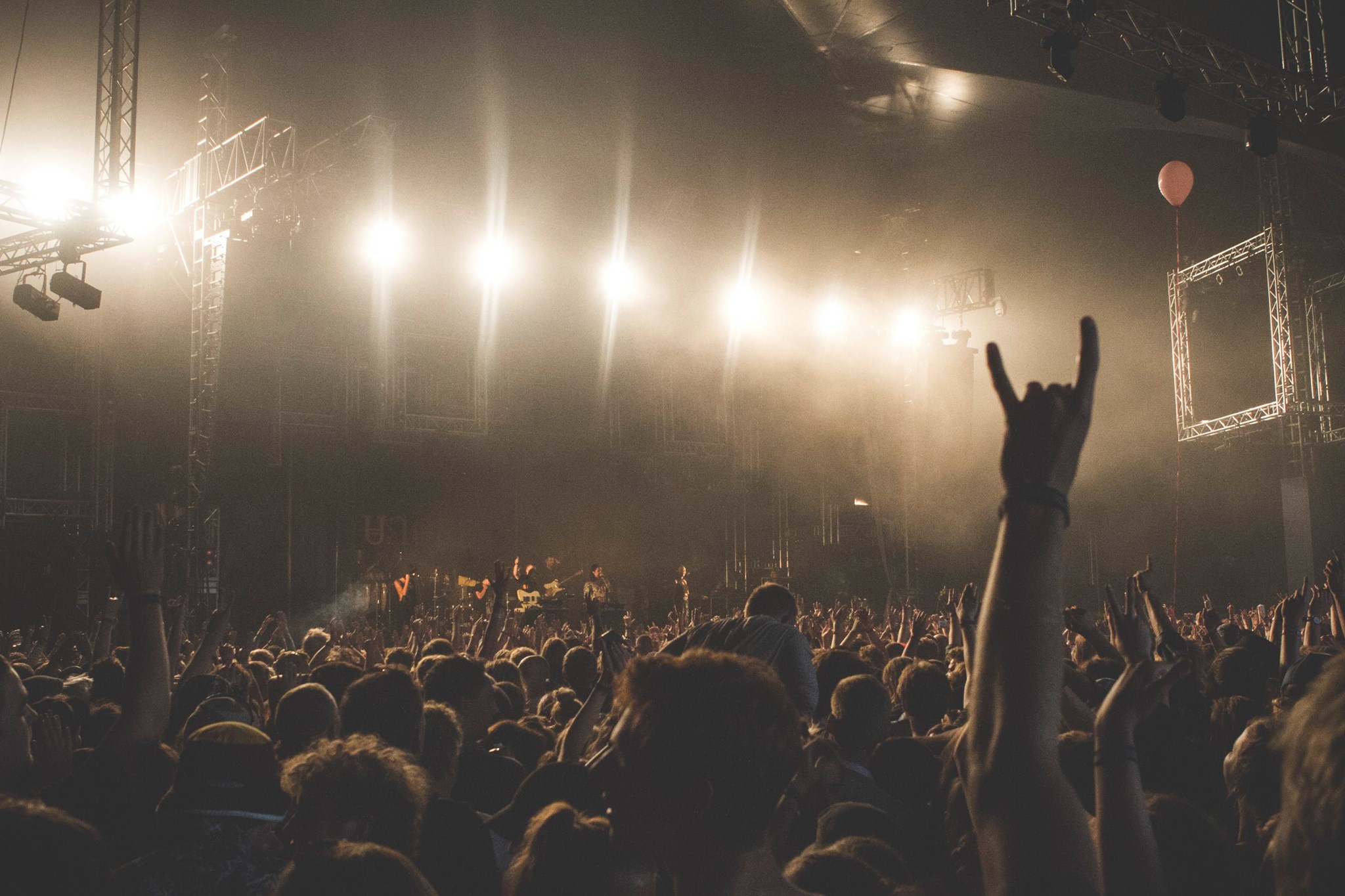 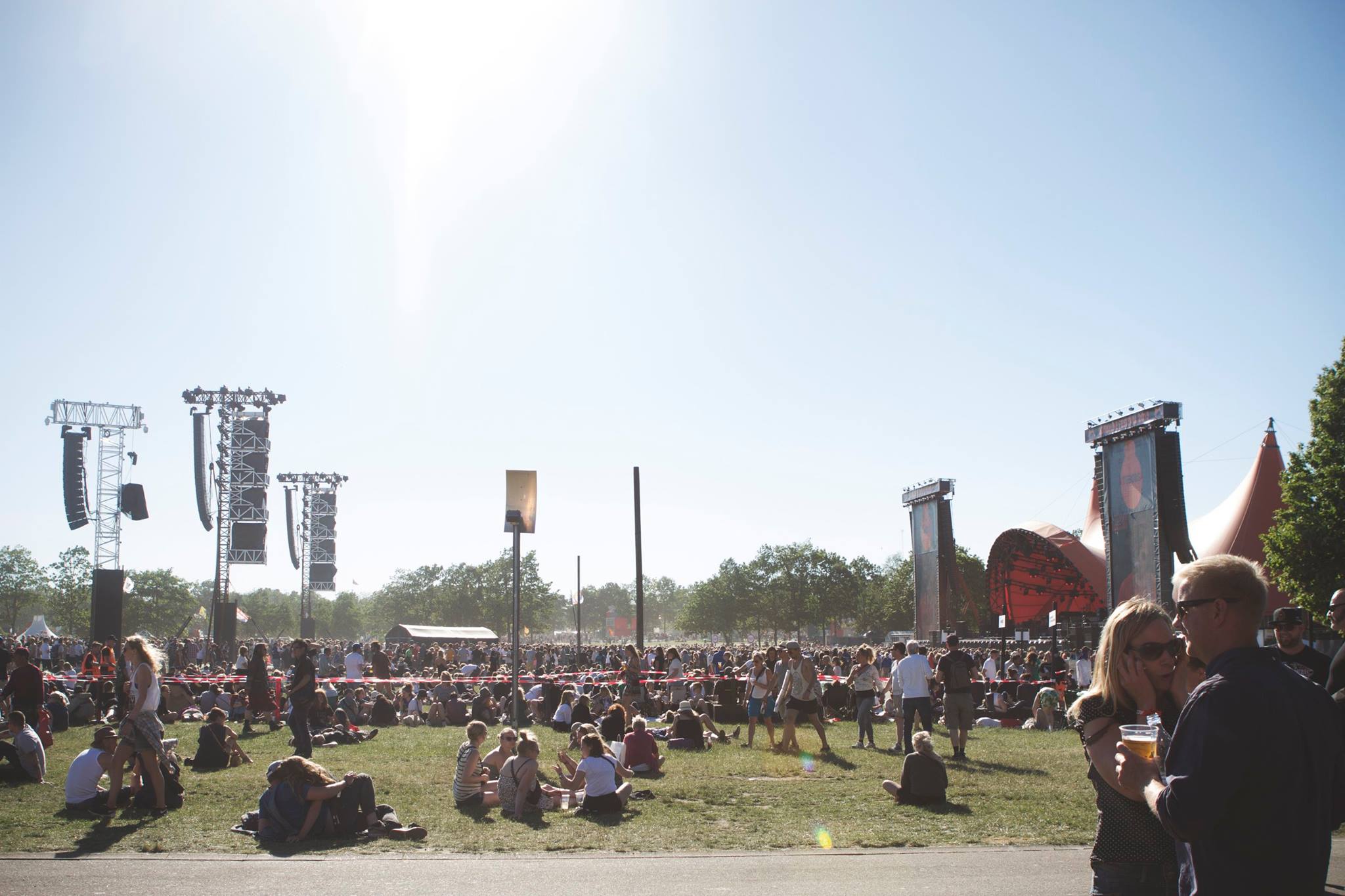 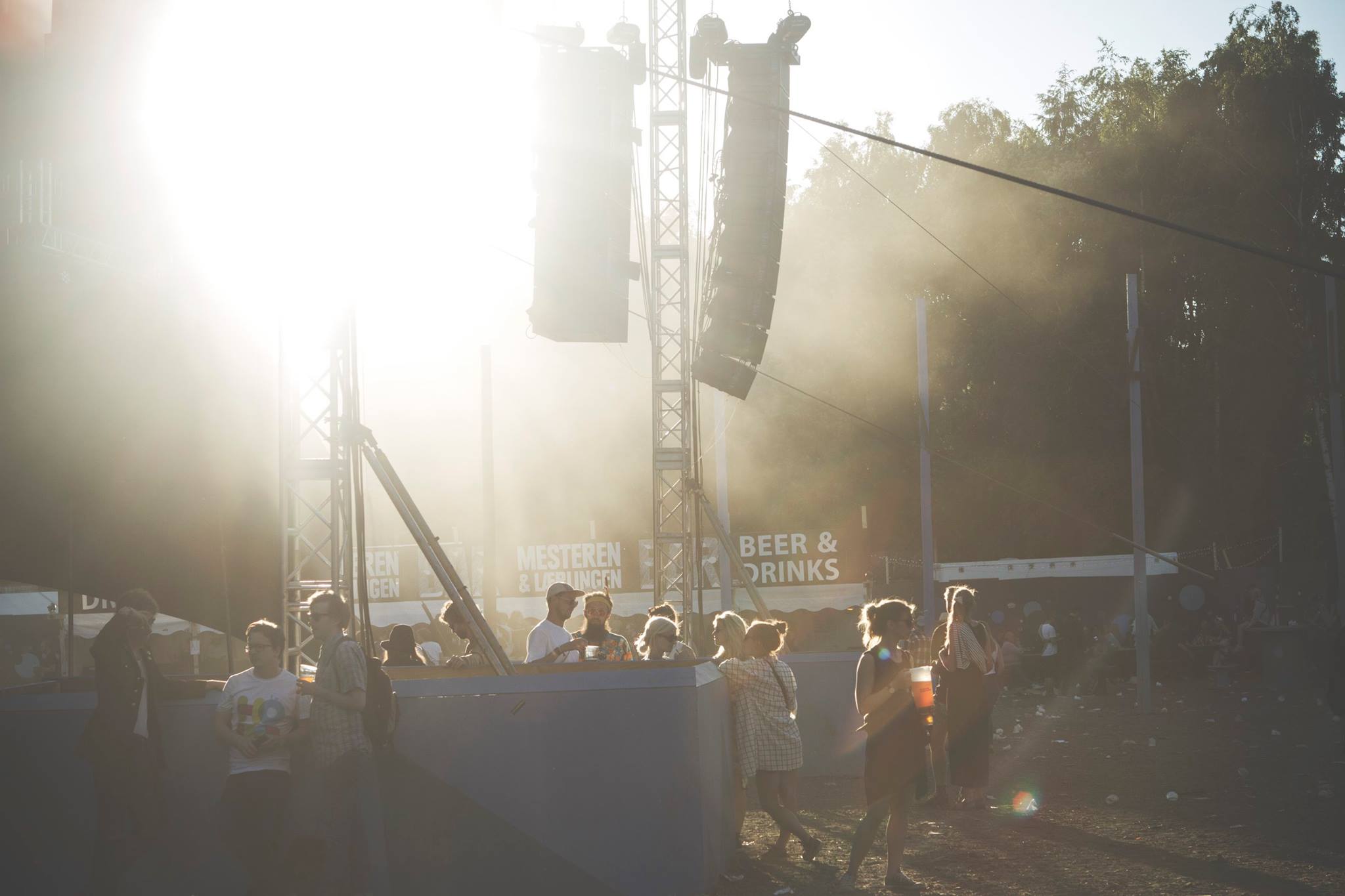 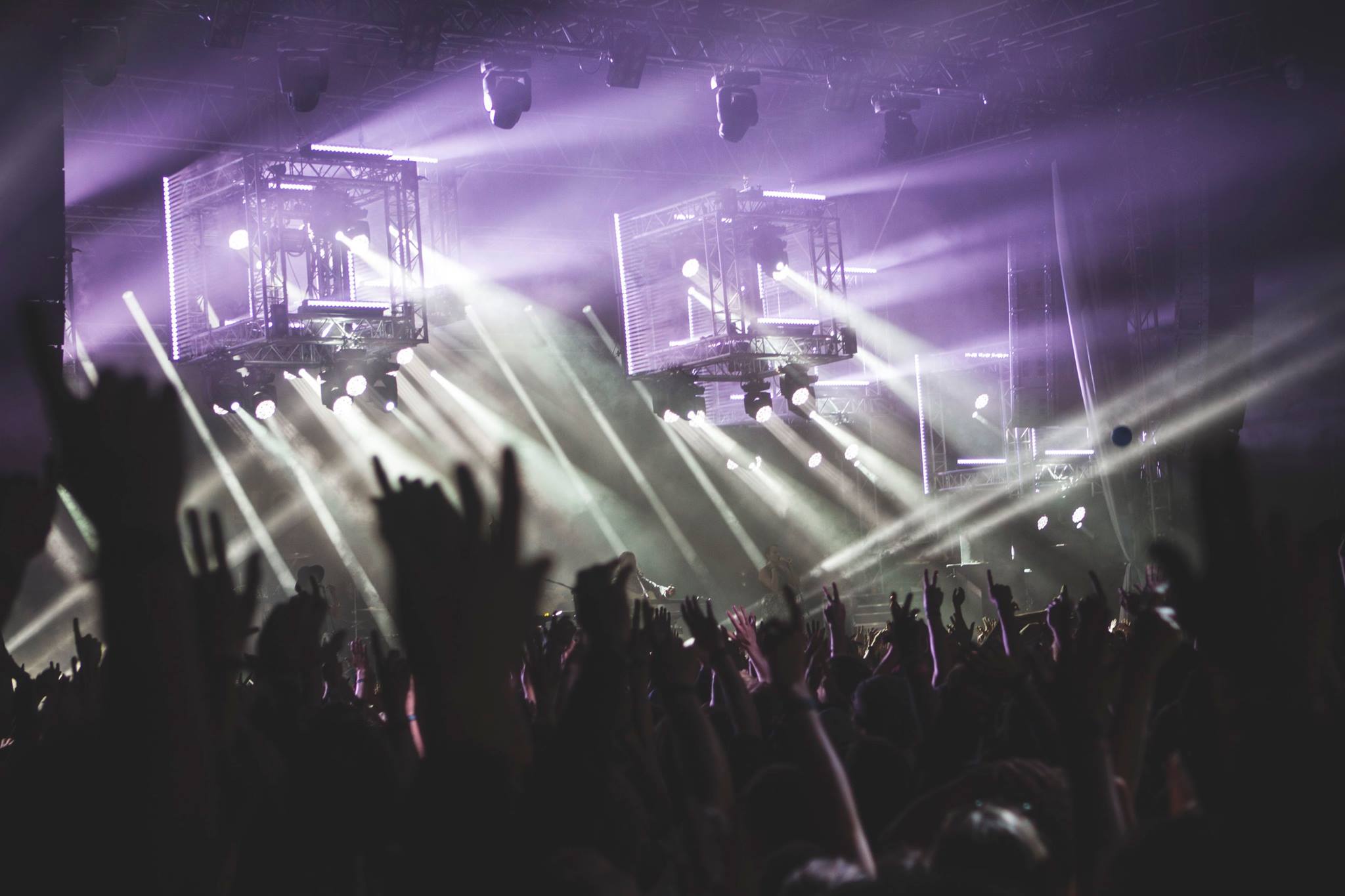 Wednesday came and Wednesday went. Thursday unfolded her dirty wings and flew away again. Today is Friday, and people are slowly coming back to life, to – what seems to be – yet another day under a warm sun. I enjoy a moment in the shade, as I reflect on yesterday:

We browse the site from early on. The atmosphere is nice and calm, not too busy yet – we inhale the good vibes and a few dusty winds, and stroll around.

Swedish pop princess Veronica Maggio entertains the early birds on the nearby Arena stage with her charming, happy-go-lucky pop songs, which sets a happy mood for the day.

Later in the afternoon we sit in front of the Main stage, where Ryan Adams is about to come on and grace us with his presence and, hopefully, a few gems from his monstrous back catalogue. Adams opens the show with ‘Gimme Something Good’, from his latest album, a very powerful song, in fact, so powerful that his amp breaks during his solo part.

Today we also get a bunch of songs from his two most loved albums Gold and Heartbreaker – the latter came out exactly fifteen years ago today, and true fans are thrown into a state of nostalgia, as he takes us down memory lane. Many people find it a bit odd that Adams plays on the Main stage – a stage meant for much bigger names – for even though a good, loyal and sizable crowd has gathered to greet their hero, it still looks a bit empty. Not that it matters. In fact it makes the whole experience much nicer, and we lay down in the grass, while Adams serenades us with songs like the rocky, ‘Stay With Me’, and beautiful ballad, ‘When the Stars Go Blue’.

Afterwards we rush back to Arena to catch the second half of St. Vincent’s show. We are greeted by the dark and gloomy song ‘Cheerleader’, and uber cool Annie Clark, all dressed in black, makes it clear that she is the guitar heroine of the decade, with her exceptional playing carrying on the torch from Jimi Hendrix, and I can’t help but think how much I’d like to witness a guitar battle between her and another much loved guitar-hero, Matt Bellamy, when Muse are playing later on.

Not to say that the art of music is a competition of skills, but just for the heck of it. Anyway, that never happens.

At some point we stumble past the Pavilion stage where Perfume Genius is putting crowds to sleep, with a little chamber pop for the lonely – but all in a nice way.

Minutes later on the Avalon stage, the very rhythmic dance group Jungle, shows us what it would sound like if the Bee Gee’s had caught the jungle disease sometime in the seventies. However, it works, and the roaring, dance-aholic crowd goes wild for the purity and pleasure of insane beats.

Back on the main stage Muse is doing, what Muse do best. Playing sky scraping guitar licks, combined with big, filthy basslines and heavy sounding drums, playing one good song after the other. It‘s a bit of a hit parade, songs like ‘Plug In Baby’ and ‘Time Is Running Out’, make sure to rock the crowd, and I can’t help but love it – this weird combination of heavy rock, glam, classical music, all squeezed together into this beautiful mixture of alien-spunk. I wouldn’t be surprised if Muse becomes the first band to play in outer space, as their ambitions seem as big and lofty as their songs.

Later, back in the tent, I try to sleep through the disturbing sounds of Die Antwoord, and thankfully succeed.