Sauropod: ‘Headphones’ & Roaring At The Storm

Norway’s fierce grunge-punk trio, Sauropod have just announced news of their debut album, Roaring At The Storm, due January 22nd via Riot Factory.

Ahead of the release comes new track ‘Headphones’, an explosive, vigorous two-minute number, taken from the forthcoming record, which sees bassist and singer, Kamillia Waal Larsen, lead the way with her infectious vocals.

Sauropod’s debut record was produced by Hasse Rosbach – who was impressed by the band’s live show at by:larm festival – and recorded at the Albatross studio in Oslo.

“We’ve never made songs in the studio or at the computer like a lot of songwriters do,” said the band, “we try to make them work immediately in the room we’re playing in. Of course that’s probably what any rock band does.”

Sauropod are completed by Jonas Røyeng (guitar, vocals) and Jørgen Natland Apeness (drums). The trio met in high school and later moved to Norway’s capital, Oslo, where the band was formed. Inspired by the likes of Mudhoney, Nirvana, Green River and more recent additions such as FIDLAR, Sauropod combine the power of the West coast US punk scene, with a distinguishable Norwegian charm.

Roaring At The Storm is available via Riot Factory, January 22nd, 2016. 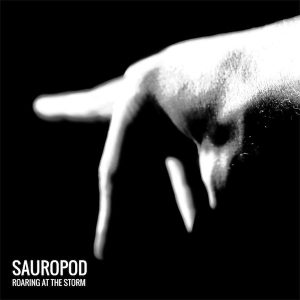