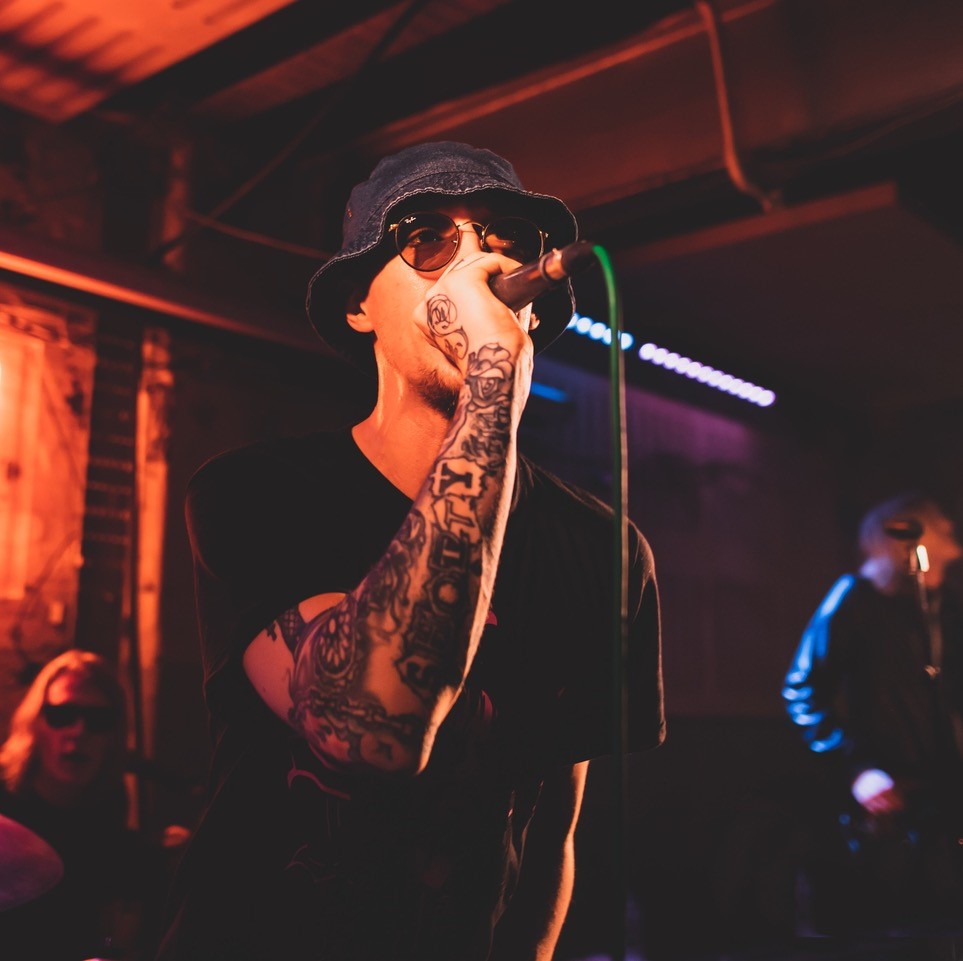 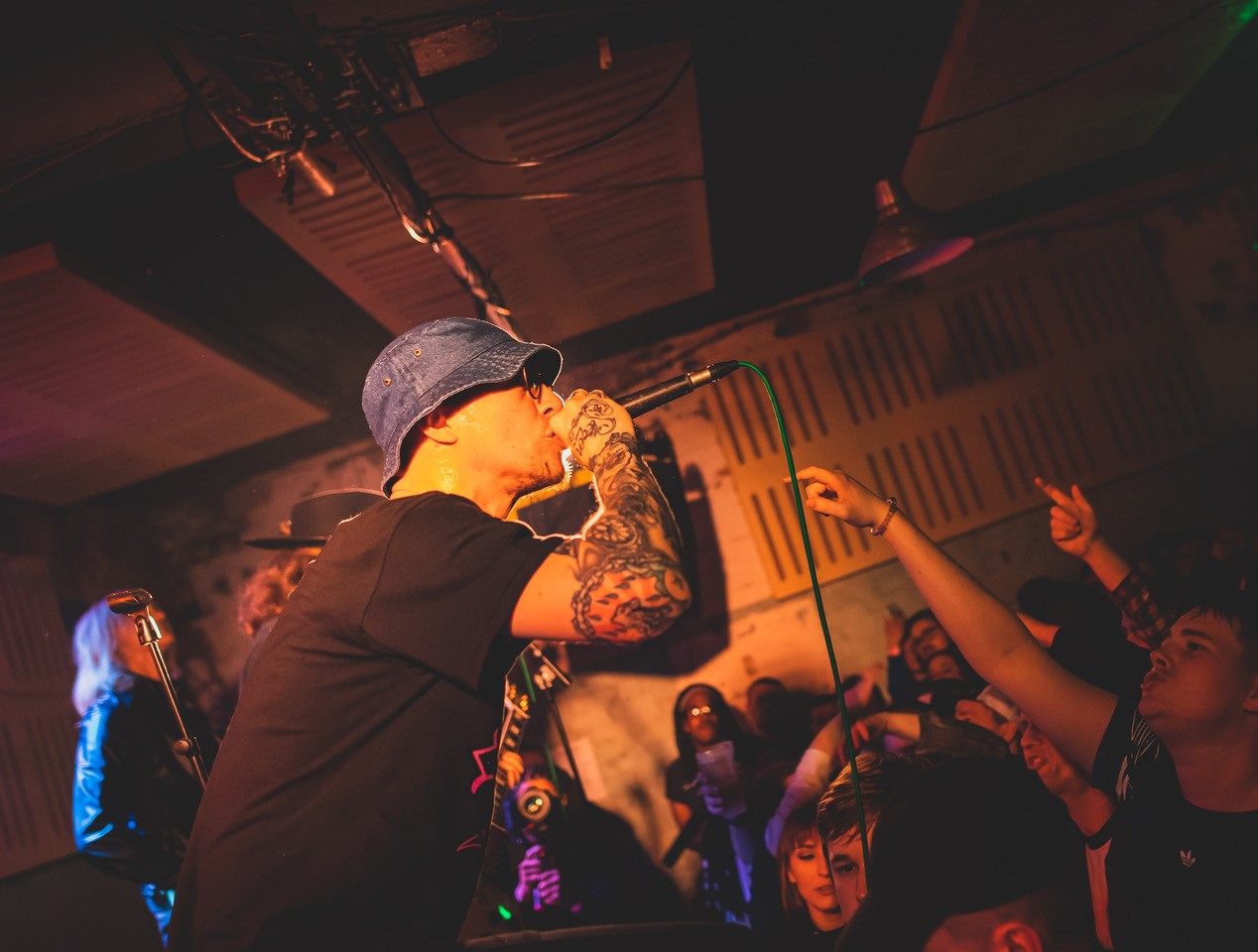 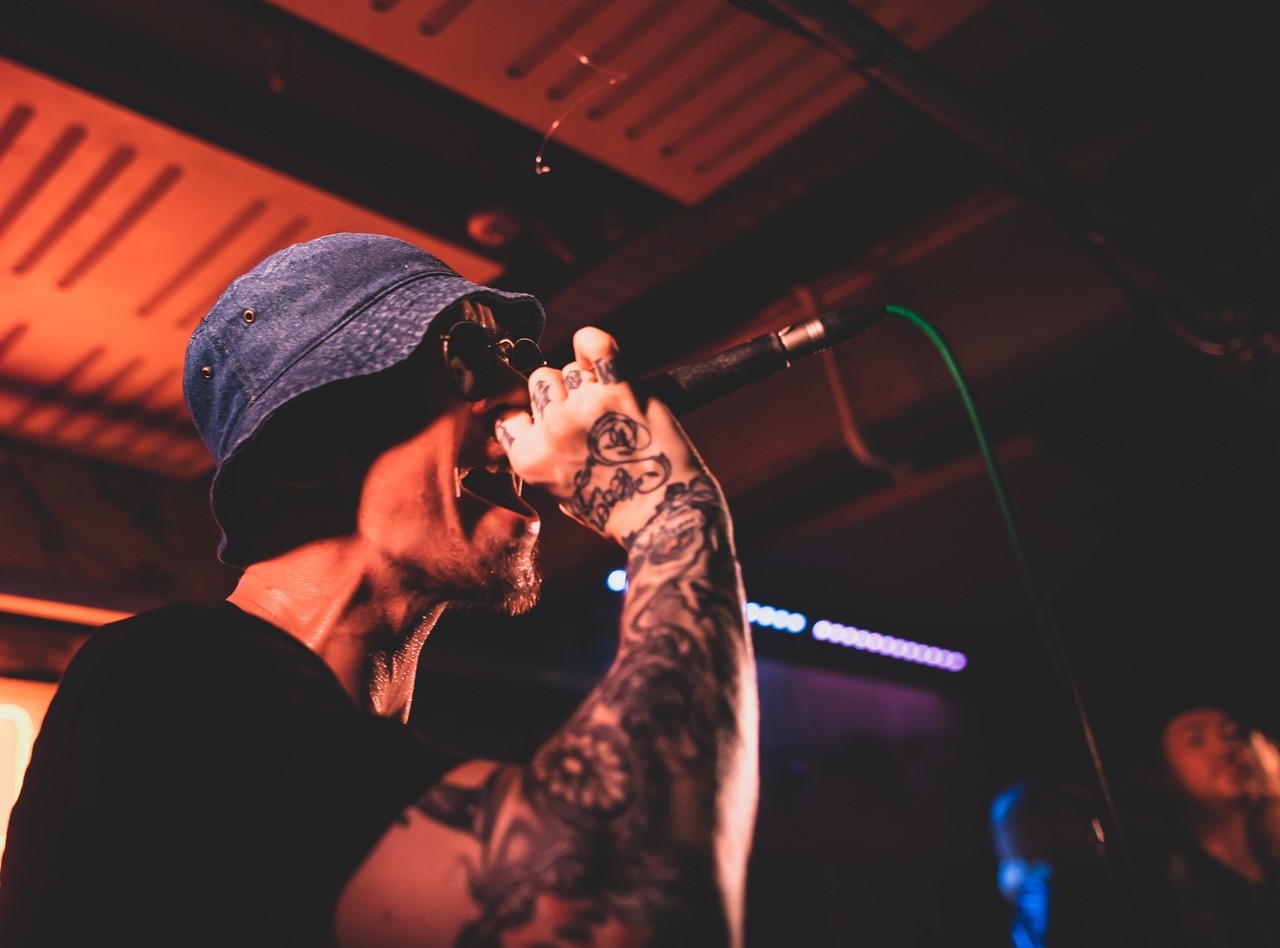 Manchester’s Shotty Horroh continued his musical reinvention with his first live shows of 2019, including a date at London’s Camden Assembly.

Salt Of The Earth saw Adam Rooney, better known by his abrasive rap persona Horroh, embrace the sounds of his city’s rock heroes with introspective narratives and socio-political observations. All elements of the record found their place on the night , in a set that was proudly Mancunian and packed with a raw energy throughout.

His stage presence is heavily indebted to Liam Gallagher, leaning into the mic, arms moving from tucked in behind the back to wide across his body and matched by an invective drawl. Accompanied by a four-piece band, ‘Absence Of The Heart’ and ‘Alien’ model themselves on Oasis in both sound and style, carrying a familiarity when performed as a result. Whilst this may trip into deference in many ways, when it is delivered with the aplomb of the chorus of ‘Dynamite’ it proves Rooney’s ability to carve his own space.

There was also time for covers in the set, with Arctic Monkeys ‘Fake Tales Of San Francisco’ given a Lancashire twang, further indicating where his everyman lyricism and the sounds of ‘Lanyards’ and ‘Dirty Old Town take inspiration from. Musically, much of the set prioritised heavy set and relatively simple instrumentation, with thick basslines and pummelling drums given space throughout and backed by frequent use of reverb on both instrumentation and vocals. The group however sounded at their best when this was stripped back, as on the Western inspired ‘Frank & Stein’.

Vocally, Rooney should still be exploring his range on record, maximising his instrument and learning the limitations that crept in on the night. He should also continue to draw on his distinctive rapping skills, a key distinguishing feature in an otherwise cluttered revivalist market. In the same week he announced his return to the battle scene later this year, his propensity for quick tongued barbs was still evident on the night on tracks such as ‘Danger’ and ‘Stay For The Ride’ where he takes the crowd for a walk through his Manchester estate experiences.

Rooney seems grateful to have this opportunity to fulfil his rock and roll dream, open and accessible to his fans throughout. A preview of new material, including ‘Passenger’ slated for his second album, suggests that the rock elements of his work will only increase in prominence, with dark undertones added to the classical Mancunian sounds of his debut. With sold out dates in Birmingham and Manchester to follow his London set and more music in the works, this performance felt like being at the very beginning of the journey, full of hopes and aspiration and the commitment to see it through.

Salt Of The Earth is available to stream and download now, HERE.