London born SOHN has released his first single of 2017 – ‘Hard Liquor’ is a trademark slice of emotive, melodic electronica from his imminent sophomore album, Rennen.

“Hard Liquor has always felt like a really bold song for me to put out as SOHN,” explains the artist, Christopher Taylor. “I wrote it with Sam Dew (Lianne La Havas, Schoolboy Q, Julio Bashmore), a really talented friend of mine, and Sam also appears in the background vocals. […] It ended up being the blueprint for the whole album and resulted in the entire record feeling very direct and free.”

The track is driven by a jarring industrial drum beat and synths that frame Taylors rich, soulful vocal. Lyrically exploring lost love, as SOHN so often does, brought on by the damaging impact of addiction and reliance, ‘Hard Liquor’ is complemented by a understated but captivating black and white companion video, created by Jovan Todorovic and shot in Belgrade, Serbia.

‘Hard Liquor’ follows previous singles, ‘Signal’, ‘Conrad’ and ‘Rennen’, and continues to build expectations for the follow up to his debut album, Tremors (2014), with Taylor having released music under the moniker Trouble Over Tokoyo prior to that. Since Tremors was released, Taylor has relocated from Vienna to Los Angeles and wrote the album across a month of nocturnal living in Northern California. The range of production seen across the singles for Rennen hint at artistic evolution and a greater musical depth on this record, from the beautiful piano ballad ‘Rennen’ to the bluesy groove of ‘Conrad’, all complemented by layered vocals, soaring melodies and falsettos that are the calling card of his work.

SOHN begins his European tour next month (dates below), makes his US TV debut on Jimmy Kimmel Live! next week and has been announced as one of the performers at Coachella.

Rennen is due to be released on 4AD on 13 January and is available for pre-order HERE. 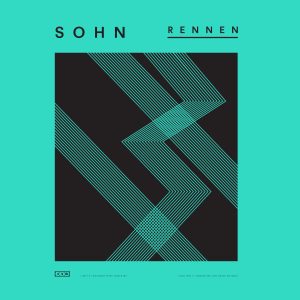