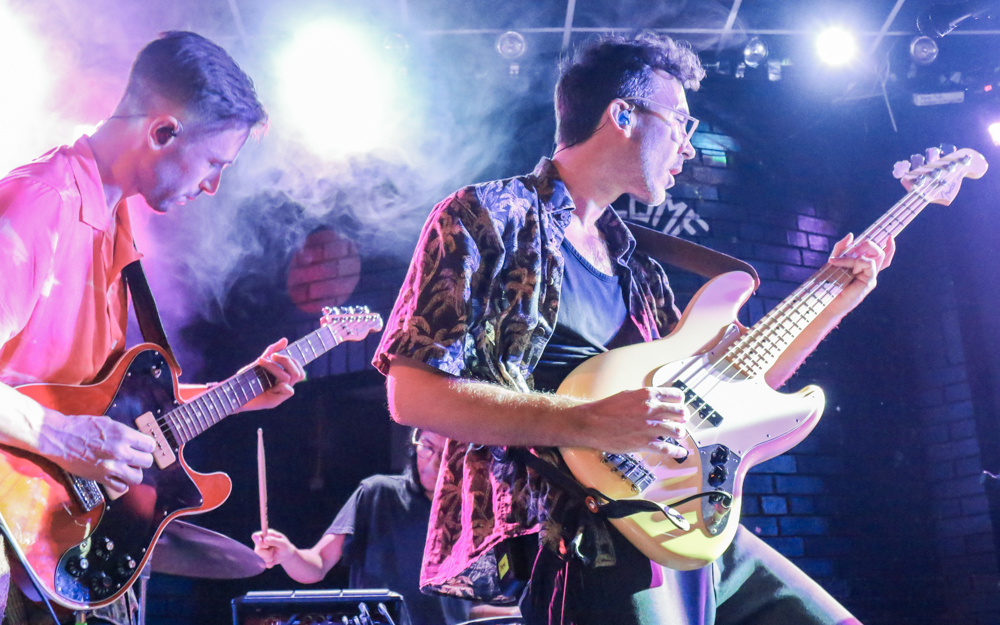 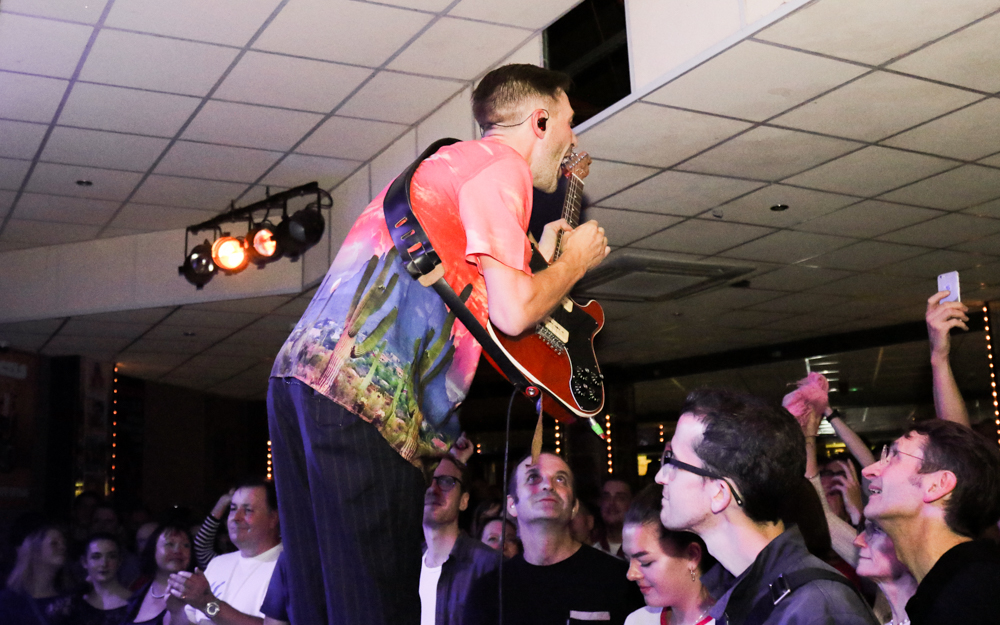 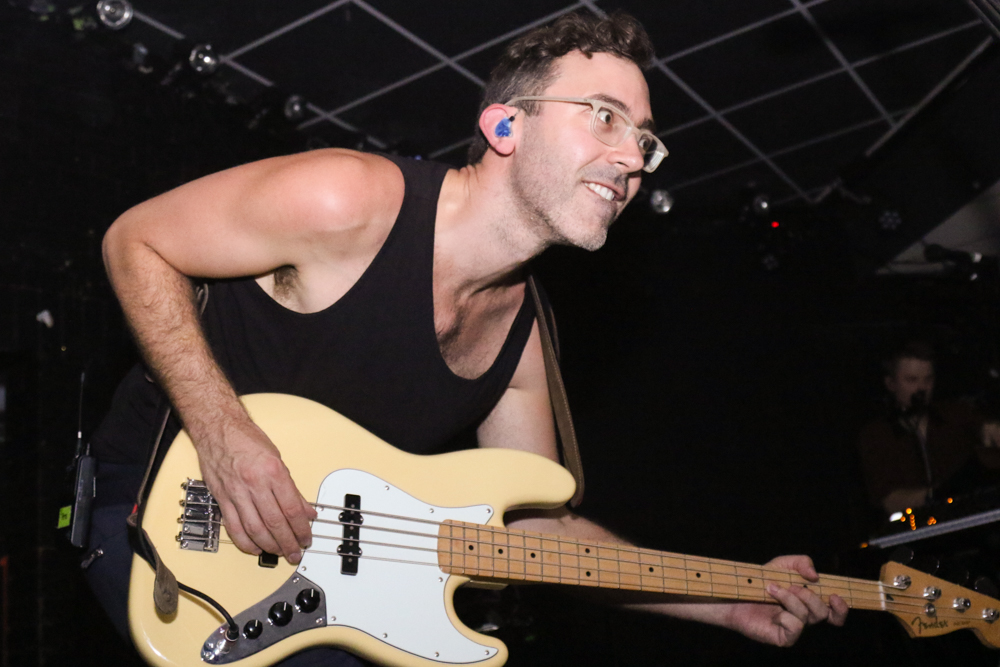 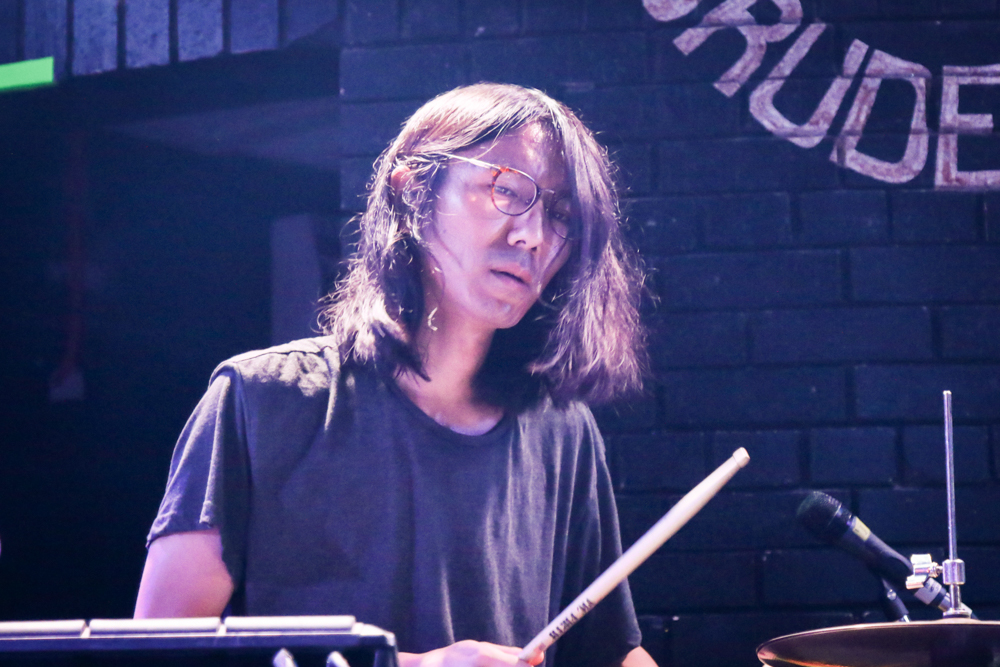 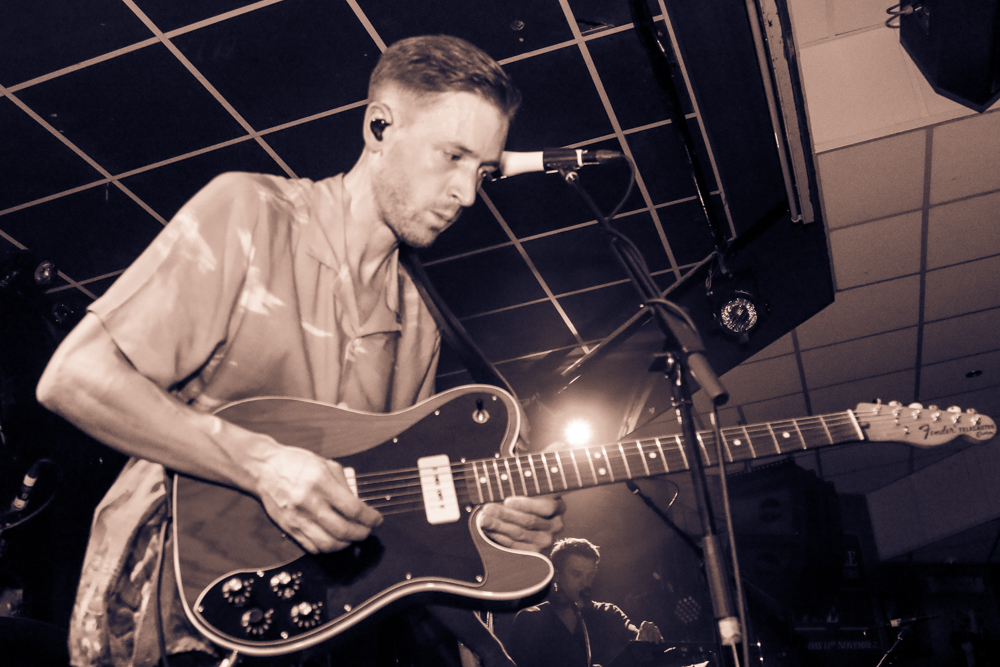 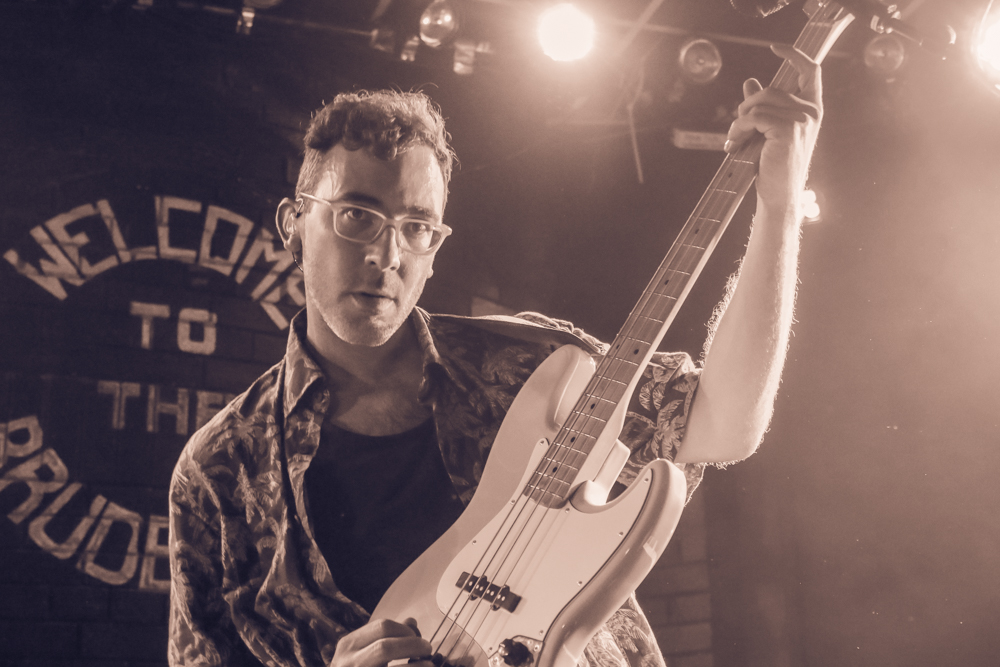 Hot on the heels of the release of their third studio album, Family Of Aliens, London art-rockers Teleman stopped in at the Brudenell Social Club for the Leeds leg of their album tour. FMS caught up with singer and guitarist, Tom Sanders, and bassist, Pete Cattermoul, before their sell-out show at one of Leeds’ most iconic venues, to discuss the new album, live performances and the joys (and weirdness) of touring.

Since forming in 2012, following the disbanding of Pete and the Pirates, Teleman’s musical offerings have attracted wide acclaim; their first two albums, Breakfast (2014) and Brilliant Sanity (2016), followed by last year’s EP, Fünf, have made them firm Radio 6 favourites, championed in particular by respected DJ, Marc Riley.

Family Of Aliens was released in early September. Although it still has a very Teleman feel, with the fantastically-tight driving rhythms and delicate but deliberate vocals that make their music unique, it heads in a slightly different direction this time, although this was more organic rather than an intentional twist.

“The change in direction was bound to happen,” explains Sanders. “It’s where we’re supposed to be now. We never discussed a change; it was just a natural step-by-step process, album-by-album, and then the EP. It became clear our interests lay more in experimentation, seeing what we’re capable of, and pushing things in a different direction. At the same time, there are elements of the album that are really poppy, feeling a bit like Pete and The Pirates, which was a bit of a surprise for us.”

Although some of the tracks on the new album have a clear nod to indie, such as the wonderfully upbeat ‘Fun Destruction’ and the anthemic ‘Song For A Seagull,’ Family Of Aliens contains more experimental electronic tracks such as ‘Submarine Life,’ demonstrating quite a different string to their bow. Having worked with a different electronic producer for each song on Fünf, they chose to work with one of them for the new album, and the result is a freer, more eclectic feel.

It’s clear from speaking with the band that, while overflowing with creativity and new ideas, they take their attention to musical detail very seriously. With that comes the task of giving their growing fanbase what they want at live shows, which sounds relatively straightforward but seems to be quite a balancing act.

“It’s a horrible feeling to think ‘what’s expected of us?’ ponders Sanders rather pensively. “What do people want to hear? Are we going to upset our fans if we don’t play like that? You’re going to make yourself unhappy if you pander to what you think people want. So you’ve got to do what you want to do.”

Sanders and Cattermoul clearly feel very strongly about getting that balance right in their live performances, expressing the disappointment they themselves feel if a band simply plays a carbon copy of a recording at a live show, whilst acknowledging that, as an artist, you need to deliver something of what’s expected of you.

“We’re four boys with instruments and voices,” says Sanders. “Some of our music is so minimalistic and lacking in vocals and acoustic instruments that it could effectively be a fucking computer! We need to remember we’re a band, so we need to find ways to bring that music to people and have some link to our roots. We need to have an element of performance; otherwise we’re just DJs, really.”

The emphasis on ‘being a band’ was evident when they took to the stage: following tour support C.A.R., a solo synth act with some entrancing loops and repeating vocals, Teleman opened up with the bouncy ‘Fun Destruction,’ moving through a mainly upbeat set list with a mixture of new album tracks interspersed with older material.

Recent releases ‘Cactus’ and ‘Song for a Seagull’ went down particularly well with a rapt audience, whilst the excellent synth-pop ‘Düsseldorf’ and more angular ‘Strange Combinations’ and ‘Repeater’ all generated a bounce in a crowd who were definitely there to have a good time.

The banter between songs amused, too; it took three songs for Cattermoul to realise his set list had been written in Japanese by drummer Hiro Amamiya, much to the audience’s amusement. With natural showman Cattermoul jumping and grinning, the precision and concentration of the Sanders brothers (including Jonny on synths) and Amamiya driving some jaunty rhythms from the back of the stage, it was apparent that ‘being a band’ is indeed a lot more than simply playing songs.

After the refrains of ‘Not In Control’ (a hidden track from Breakfast) had reached a crescendo, the band found themselves in amongst a throng of fans at the merchandise stand; after all, “one of the best things about being on tour,” says Cattermoul, “is meeting people afterwards for photos and signing things.”

Indeed, they were so bold as to say this tour (this far) has been their best yet, with most venues sold out, a lot of love from the audiences and an amazing crew.

However, not everything about life on tour is perfect. Although Sanders spends a lot of time writing on tour, which has spawned ‘Düsseldorf’ and ‘Lady Low’ among others (prompting Cattermoul to suggest they should stay in the tour van for as long as possible to ensure those hits keep on getting written), strange things can happen.

“There’s not a word for it in the English language,” Sanders explains, “but there’s always something strange that happens after a week or so on the tour where you don’t feel quite right in your head. People start to go a bit weird. When it happens to six people at the same time in a tour bus, it can be a toxic cocktail! Thankfully, we’re all still getting on with each other at the moment!”

With a unique sound, attention to detail and openness to experimentation, Teleman have everything going for them in the studio and on stage. We just have to hope the toxic cocktail of the tour bus is kept away for as long as possible.