The Brian Jonestown Massacre return with Something Else, set to be physically released early next month. It is the first of two records to be unveiled by the band in 2018 and marks a return to a more traditional sound after years of experimentation.

Something Else is The Brian Jonestown Massacre’s 17th full length release and was recorded and produced at frontman Anton Newcombe’s Cobra Studio in Berlin. It follows a busy prior four years marked by the release of three albums, an EP, a soundtrack album (having previously enjoyed success with penning the theme to Boardwalk Empire and soundtracking Moon Dogs) and a collaboration with Tess Parks. All of these releases continued to push sonic and creative boundaries, a feat in itself for a band that has been making music since 1995.

Something Else however, marks a return to their origins as a band. Across nine tracks they leave behind the electronics and cinematic tendencies, fusing psych, shoegaze and classic rock. This release retains a clarity and focus throughout. Whilst there are experimental moments, such as the eight minute reverb-heavy closer ‘Silent Stream’ the majority of the tracks are closer to a traditional structure, although instrumentation tends to replace chorus.

Musically, the record possess a fuzzy, nostalgic production feel, rolling drums and rich compositions rooting the band in the ’60s influences Newcombe has always shown such deference to. Opener ‘Hold That Thought’ is underpinned by a warm organ riff, whilst ‘Animal Wisdom’ evokes Dylan-esque memories. ‘Skin And Bones’ and ‘My Poor Heart’ are driven by powerful guitar lines, cutting across tambourine led backing tracks. Album standout ‘My Love’ pulls all of these elements together and the production shows the maturity of a band into its third decade, as nothing is rushed, the track allowed to grow and breathe organically.

The pysch scene has enjoyed something of a renaissance period both in the UK, US and wider afield in recent years. With the release of Something Else, Newcombe and co. prove that they deserve to be considered inspirations to and remain stalwarts of the scene, in the process reaffirming their cult status as a band. They do not pursue anything revelatory or modern on this album, but Something Else is nonetheless a pleasingly familiar listen, as if being embraced by and old friend again after years away.

Something Else is out on vinyl on 1 June (pre-order HERE) and available to stream now on A Recordings / BJM. The band’s second release of 2018 is set to be self-titled and is expected in September.

The Brian Jonestown Massacre are spending the summer performing across the world before returning to the UK later this year, dates below and tickets available HERE. 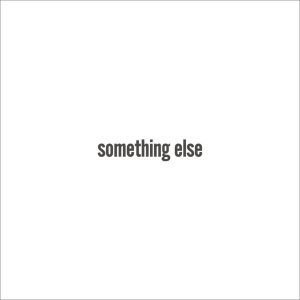