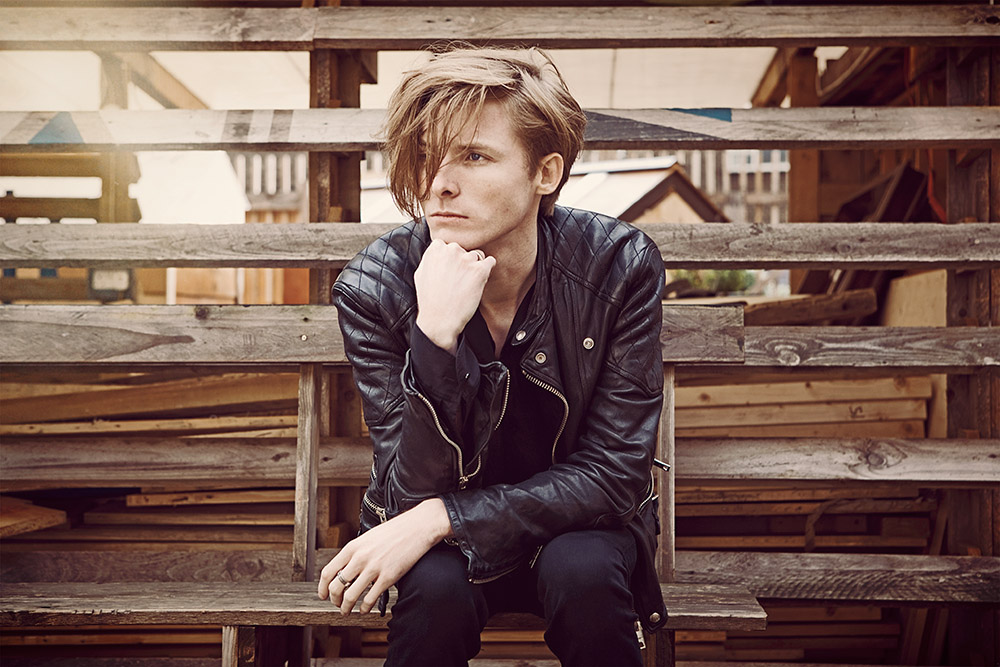 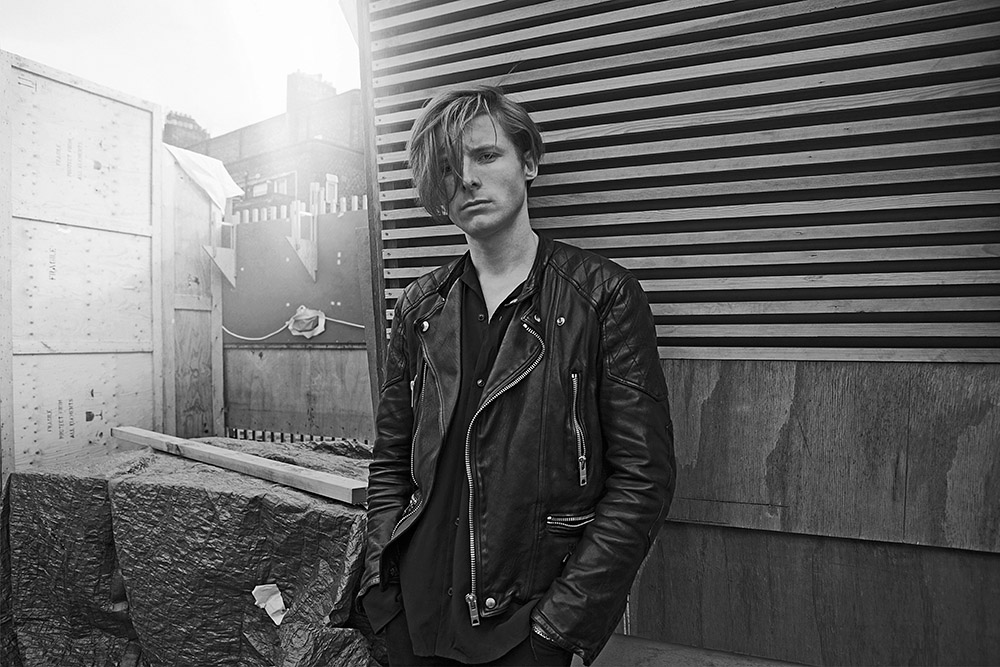 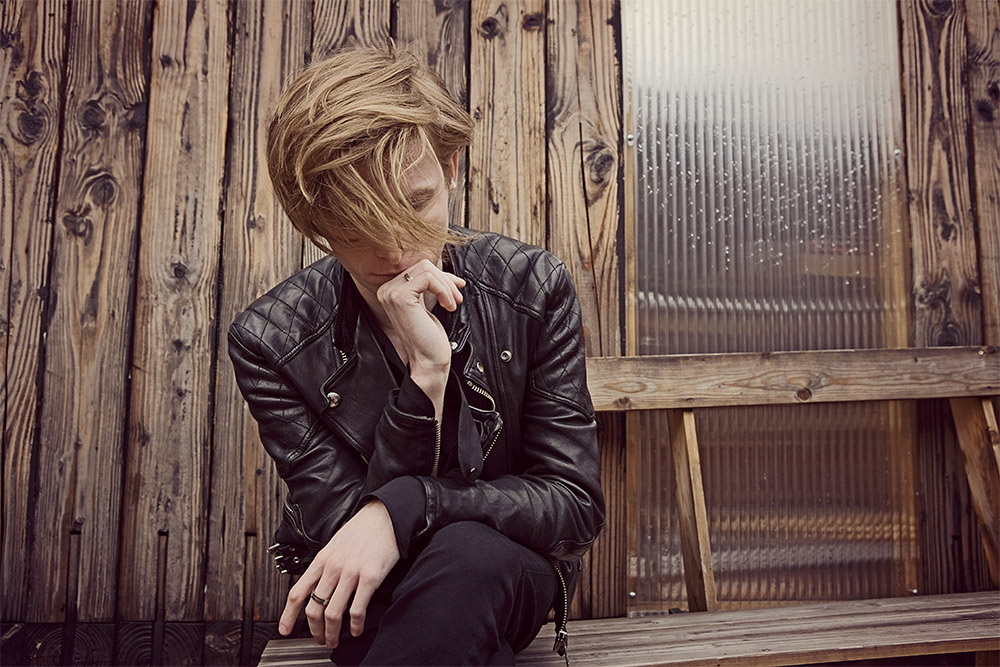 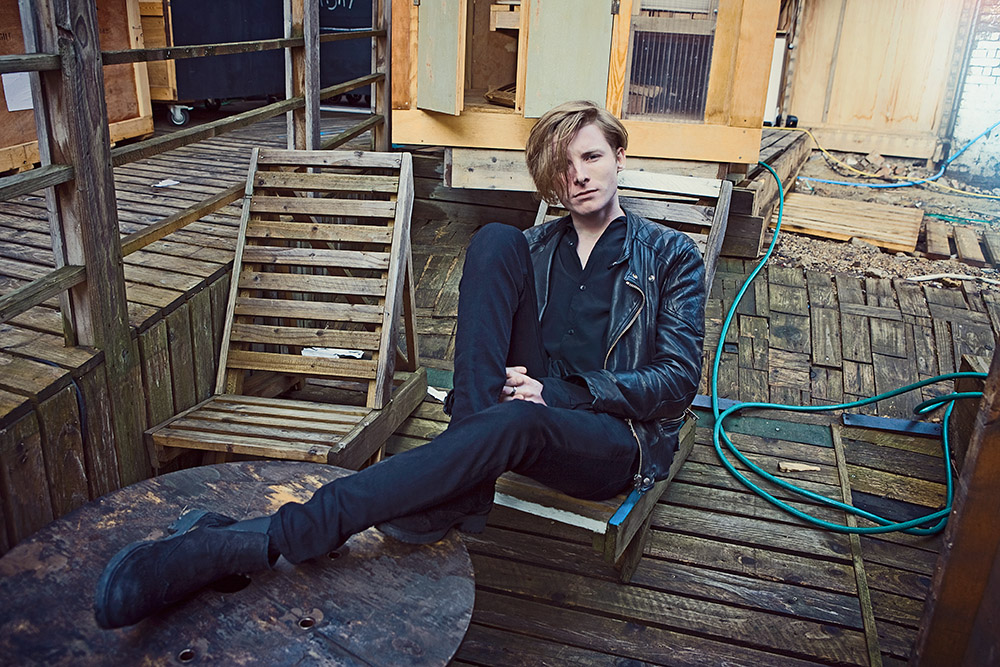 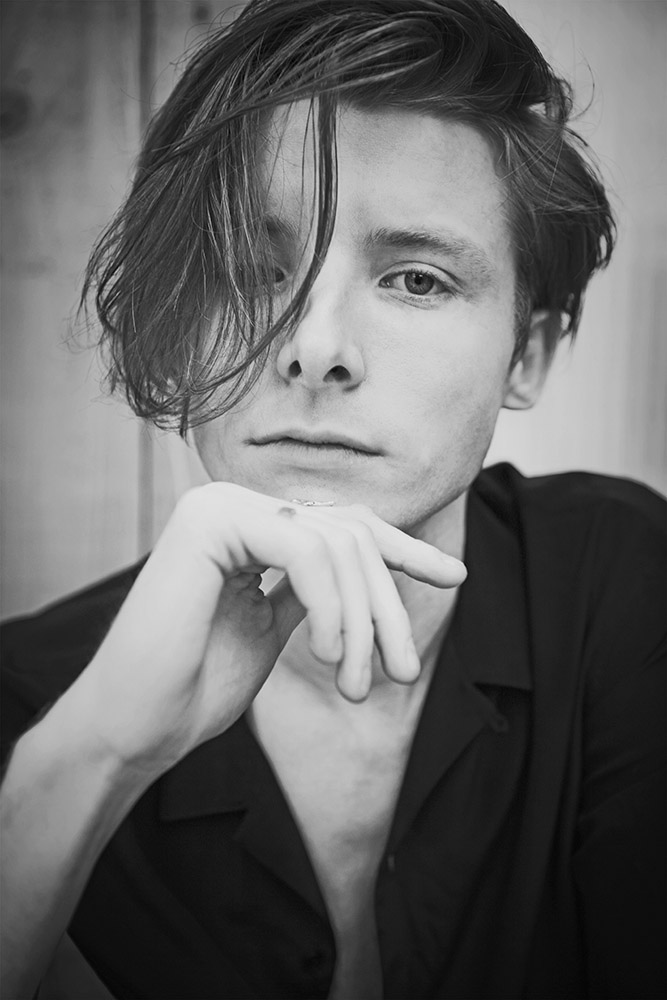 Adam French has developed a name for himself on the songwriting and producing scene, impressively upholding creative control over his intimate and artistic releases. Today, the Congleton born and bred musician unveils his latest track, ‘Euthanasia’, a follow up to the double A-Side ‘Hunter/Punchbag love’, which earned him a slot on the coveted Radio X Great X-pectations list.

We caught up with the artist, ahead of his debut US headline shows in New York and L.A, and headline tour with Communion for their upcoming New Faces UK, this April.

You’re releasing your EP sometime in the near future, what has the process of work been like going in to that?

Yeah, I believe it’s coming out in a few weeks time. I record quite a bit at the flat then go to a studio in north London. I don’t work with session musicians, so I piece things together myself. I guess doing it that way helps out in the creative process and makes life a little bit easier, or tougher depending on how you look at it. It’s a new way of working, but I enjoy the freedom and get to try new ideas out.

How would you say your sound has evolved since you started making tracks?

I’ve just started experimenting more and feel less bound by what singer-songwriters traditionally put out and how they record as well as create their music. My influences are pretty varied – I like to listen to rock, soul, electronic, pop…and just not be bound by any one style.

Growing up, what bands and artists inspired you? And how about now as music is constantly evolving, do you still find inspiration in any artists of today?

Johnny Cash, Nirvana, Queens of the Stone Age, anything pretty noisy – I guess like most teens it was sort of a relief listening to rock music. Now, I listen to a bit of everything, and I appreciate anything that’s well put together, taking inspiration from lots of different artists.

You got in to music at a young age, what is it that primarily influenced you to make the decision to make it your life?

I inherited my Dad’s music collection, which had stuff like the Sex Pistols and more energetic, lively, aggressive music. I remember this making me want to play music live, and be involved in music in some way. So I joined a band at 15, playing guitar, gradually starting to sing as I built up the confidence, and when the band split up I started songwriting. I looked at my favourite artists and thought if they can achieve what they are doing, then why can’t I? I guess in a way you could say it was a happy accident as sort of I fell in to it.

Your track, ‘Punchbag Love’ is extremely compelling, what is the story behind it?

When you’re in a relationship you can often be in a bubble and just want do to the right thing for the person. It’s about how you get through it and being there til the end of it, so I guess it’s a love song…but hopefully not too soppy.

‘Face To Face’ and ‘Euthanasia’ show a different, faster-paced vibe giving a dimensional side to the music you produce, what was the process like in producing these tracks?

I started at the end of January just recording as much as I could, I like to think a lot of my music is varied and that no two tracks are the same. If you’re listening to an album and everything is similar you’d just get bored. ‘Euthanasia’ was a lot harder to capture because it has quite a quick tempo and the rhythm changes three times but they definitely are higher energy tracks.

I noticed in your Burberry Acoustic session you were playing an acoustic bass guitar; do you like to experiment with the orchestration during the songwriting process?

The song that I played, ‘Hunter’, I actually wrote on the bass with no intention of recording it. I showed it to a couple of friends, and they said, “it’s great you should finish writing it”, so I did. I was quite surprised, as I didn’t know if they would get it seeing as it’s essentially about killing and is quite a dark song, but they did.

You’re heading off to America soon, are you excited?

I’ve never been to America before so I’m really excited. I leave on Saturday, because I want to do a lot of writing while I’m out there, I feel like it’ll be beneficial to me because I want to put together work I can be proud of. My band will then meet me out there for the first show in LA at the Hotel Café on the 31st March. Then we’ll head to New York and do the same thing.

How does performing now seem different than when you were just starting out?

When I started as a solo artist it was a lot of gigs in pubs and bars but I think that’s something everyone should experience and work to end as its part of the ladder. It’s pretty rewarding now to play to people who want to listen to the music rather than to three pub landlords telling me to get off because I’m too loud. Knowing people are coming because they are interested is fulfilling.

What has been your favorite gig/place to play and why?

The recent gig at the Union Chapel in Islington was great because the atmosphere was pretty special and I’d never played in a church before. In terms of festivals, the BBC Introducing stage at Reading and Leeds was definitely a special moment, because my friends and I would go as kids and get trashed in the fields, but instead they could come and get trashed listening to me, it’s sort of gone full circle.

What’s next for you?

After I get back from America, I’ll be doing the England tour towards the end of April. Then back in the studio to work on some new material and September I’ll be touring again. I’ll also be playing a few festivals in the summer, so keep your eyes peeled for those announcements.

Be sure to catch Adam on one of his upcoming live dates in L.A, New York, or on the New Faces UK tour.

Special thanks to Daya Bakker for the location!