Alex Ohm Releases At First A Drop, Then A Flood EP

Alex Ohm‘s debut EP At First A Drop, Then A Flood has been built with care to confidently introduce his sound that blends uplifting guitar lines, orchestral sweeps and deep, sensitively woven lyrics. To those who may not have heard of him already, Alex is an experienced musician who got his solo career off to a flying start supporting acts such as Ocean Colour Scene and Jack Savoretti. He’ll be playing The Victoria, Birmingham on Saturday May 20th to mark the launch of his new EP with further live shows to follow.

‘Every Ocean’, the lead single for this EP showcases a lot of what Alex stands for: written for his nephew, mixed by his friend Ryan Pinson (God Damn) and with accompaniment on strings from his friend Julianne Bourne, this is a collaborative effort that feels intimate and open. The orchestral sound of ‘Every Ocean’ enhances the sense that this track is a fresh start for Alex, giving a contemplative yet hopeful vibe from the get-go.

‘Through The Storm’ starts beautifully with a piano line that sounds like raindrops against a window. Played loud on my speakers, this track is a personal favourite for its triumphant yet delicate, almost Chopin-like flow. Following this up is a smooth transition to ‘Wild Blood’ which channels elements of The National with its blooming synth whispers and drum kicks throughout that give a nicely alien and celestial feel that echoes songs like ‘I Should Live In Salt’.

‘Days Like These’ softly coaxes us to an end. Alex’s lyrics weep sensuality with lines like “throw your arms around the waist of this sinking ship”, it’s songs like these that make you trust his skill as a songsmith.

The full-bodied sound is a breath of fresh air and you can tell this EP has been mastered by a pro. Pete Maher who has worked with heavy-weights like The Rolling Stones has polished the natural sound of Alex without brushing away any of his folk rawness.

There is a maturity behind the tracks that make you feel like you are speaking with a musician who has weathered a few storms to arrive at this collection of songs. Overall this is a lovingly crafted work and if you like alt-J but fancy a sweeter sound then Alex Ohm is the perfect artist for you!

At First A Drop, Then A Flood is released on Friday May 19th and is available to preorder via iTunes HERE. 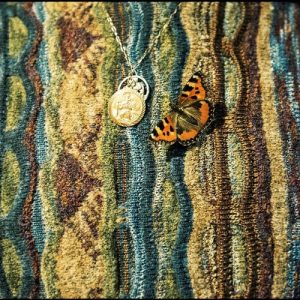 May
20 – The Victoria, Birmingham