London based electro-indie outfit, Archivist, return with the lead single from their forthcoming EP, Memo, due to be released next month. The track also provides the first chance to listen to Archivist as a fully fledged band, suggesting a gradual evolution in sound may be underway.

As electronic music continues its assault on the charts, and pop culture more generally, it is refereshing to hear something slightly less instant and manufactured every now and then. ‘Everything Is Wanted’ is just that, a perfectly measured slice of disco-influenced electronic indie with overtones of darkness courtesy of the pensive lyrics of vocalist and keyboard player, Ed Begley. The track is propelled by a rich bassline, and supported by a mix of shuffling percussion, synths and an understated trumpet line that will gradually work its way into your subconscious.

With elements of both Hot Chip and LCD Soundsystem identifiable throughout ‘Everything Is Wanted’, the single marks something of a departure from the sound of Archivist’s self titled debut EP. This may, in part, be a reflection of the broadening of ideas and influences that will have come with the arrival of three new band members, who join founder and creative mastermind, Ed Begley. Those new members; Rory Simmons (guitar/ production), Tom Mason (bass) and Pete Ibbetson (drums), also bring with them an impressive collection of CVs, having previously worked with the likes of Friendly Fires, Blur, Bat for Lashes, Questlove, Ghostpoet, Mark Ronson and Rosie Lowe.

The result of this merging of creative minds is a step away from the darker, glitchy, rock and soul influences of Begley’s initial releases, and instead represents a broadening sound palette for the band to draw on. One constant however is the unrestrained sense of experimentation in Begley’s work and ‘Everything Is Wanted’ promises much for both Memo in the short term, and the bands work beyond that.

‘Everything Is Wanted’ is available now, and Memo is due for release on October 28th. 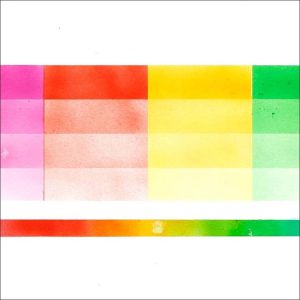