Ask the DJ: Cameron Jones – My Top 10 Tracks from the Shazam Archives

Cameron Jones released his Warning EP just last month; the follow-up to 2017’s My Omen EP, which has gained the Hertfordshire singer-songwriter over 1 million plays on Spotify to date.

Influenced by the likes of Bon Iver, Elliot Smith and Jeff Buckley, Jones has a unique sound that is distinguished by his emotive and powerful one of a kind voice, already gaining support from BBC Introducing and Amazing Radio.

‘Warning’ is the final track to be released from the Warning EP, which also includes past singles ‘Let Me In’ and ‘Love You Save Me’. Jones wears his heart on his sleeve lyrically throughout the EP and the three tracks make up a strong and mature body of work. An indulgent and intimate track, ‘Warning’ was recorded with just Cameron’s vocal and a piano and it is a heartfelt song full of delicate emotion.

“’Warning’ is a request to someone you love, to give you a sign if your love is unrequited because you don’t want to give everything and be left with nothing,” says Jones. “It’s the track I’m most proud of on the EP but is by far the most stripped back.”

Listen to ‘Warning’ HERE and check out the Top 10 tracks from his Shazam archives below.

“Bit of a curve ball this one. Can’t remember exactly where I was or what I was doing when I first heard this track but what I do know is that Yaejis’ slick production and mix of Korean and English murmurs/hooks had me scrambling for my phone to get my shazzam on within the first few seconds. Awesome track!”

“A pretty bold move one taking on MJ, but this has got to be one of the best covers I’ve heard in a long time. Knew nothing about Shinehead until I shazzzamed this and to be honest still don’t really but this track is bursting at the seams with coolness from the muffled drum loop to the odd scuffed chords which 99% of artists would remove/quantize as soon as the takes done (including myself).”

“What a shazzam this was! Imagine if Lou Reed, Bob Dylan and Leonard Cohen back in the day got together and managed to somehow create a love child, called him Kevin and then Kevin decided once he had come of age that he was tired of living in his father’s shadow and so changed his second name to Morby and became a singer-songwriter himself. If you’ve managed to imagine that then you would probably be picturing someone almost identical to this Kevin Morby we have today. PS This has got to be up there with my top 10 songs at the moment.”

“Such an awesome track. Literally 6.5 mins of sonic brilliance with just two chords, a tonne of background noise, and apparently a big group of women telling Mr. Onyeabor what a fantastic man he is.”

“This one’s the third track off Real Estate’s amazing album, In Mind. Has a whiff of The La’s ‘There She Goes’ and listening to their harmonies when the chorus kicks in is like a beautiful warm massage to my ear holes.”

“This is the title track of their 10th Album and is drenched in them feel good vibes. Listening to this in a cafe actually right now and the lady next to me just kindly asked to me to stop tapping my foot quite so loudly. But if she was hearing what I was hearing I think she’d understand there’s no way you can’t tap to this reggae gold! She can probably see me writing this right now… I genuinely am sorry for tapping my foot :)”

“Shazam you’ve done it again. If you haven’t heard of these guys you really need to get on the World Wide Web and give them a google #GTAG. There basically a creative collective of about 15 rappers, producers, singers, graphic designers between the ages of 18 and 22 and profess to be the world’s next best ‘boy band’. They also released three albums in 2017, all around 15 tracks long, and called each one ‘Saturation’ which I think is v cool. This track ‘Bleach’ is probably my favourite off their most recent one of those albums.”

“This is such as beautiful track and is literally just James Blake and his piano. I had to shazam this one purely because I couldn’t believe it was James Blake as sound wise it’s quite far from his previous directions. His voice sounds unbelievable and the lyrical story of the song itself is also extremely vivid and comes across very personal which isn’t normally what I’d associate with his the majority of his other songs which are a bit more abstract and open ended. Beautiful!”

“Love the production on this. Filled with little nuances that combine to be a simple but seriously interesting song to listen to. She also delivers every line with such distinction and emotion making you follow every word she says. Love it!”

“This is one from deep within the shazam archives but felt like it definitely deserved a place on the list. The lyrics pretty much consist of just 2 chords and two lines repeated ‘There’s a monkey on my back. Makes me talk like that’ but I love every second of it. So cool!”

Warning is out now via AWAL. 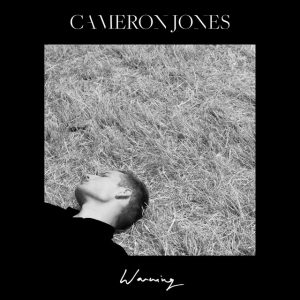