This week’s playlist of incredibly beautiful sad songs, was created by Derbyshire’s Grawl!x, aka James Machin.

Grawl!x released his hypnotic experimental dream-pop album, Aye!, earlier this summer, recorded over months of disjointed sessions in various bedrooms and spaces, and featuring vocals and instrumentation by Haiku Salut. Stylistically reminiscent of Panda Bear and, in parts, Alt-J, the album theme was derived from a concept taken from the Kübler-Ross model of the five stages of dealing with grief. Aye! (the third album in a trilogy) explores the final stage: acceptance.

Machin wrote the album in an almost abandoned church on a hill in the Derbyshire countryside, walking there in all weathers, and never encountering another soul, “Inside that rather foreboding structure is an old upright piano, displaying a laminated sheet of paper with the words ‘This Piano was Meant to be Played’.” So he did, regularly, and went on to play an entire church tour in some of the UK’s most beautiful churches, bringing audiences the melodic creations as they were originally intended.

“The lady singing reminds of Nico a little. One of the first electronic records I ever heard and this one got me hooked. Sadness that comes in swells.”

“A decided improvement on the original in my opinion. Sombre, hushed vocals getting swallowed up by sultry distortion. What’s not to like?”

“As subtle as it gets. Almost reserved. I think repression is one of the saddest things in the world and this touches on it in a chuffin’ lovely way.”

“Couldn’t not pop this on obvs. Off one of my favourite albums of all time. Like her. Never has sadness been such a comfort.”

“Heard this is in a Robert Crumb documentary and it really stuck out. Something so broken and angry about it. But still sad.”

6. Billie Holiday – ‘I Cover The Waterfront’

“I used to listen to this A LOT wandering around the countryside at night getting drunk when I were younger. Utterly beautiful.”

“Yes, that’s one of the Marx brothers. He apparently just got hold of a harp and tuned it to how he wanted. Utterly beguiling from a chap who pulled faces for a living. (Not that that’s a bad thing.)”

“Completely effervescent in itself but it’s more for the bitter-sweet memories it evokes for me personally. Like popping in a melancholy time machine. Now there’s an idea!”

9. Boom Bip – ‘The Matter (Of Our Discussion) feat. Nina Nastasia’

“Listened to this on rotate coming home from a festival once when I were much younger. It were sunny and sad.”

“Stomach twisting fits of sadness. Off the Eternal Sunshine of the Spotless Mind OST. FYI. Obvz.”

Aye! by Grawl!x is out now. 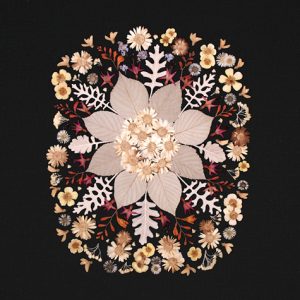