Speaking about the video, director Tom Ringsby and Pietro (drums/samples) said “We wanted to work with the theme of mortality and the universality of it: how we are all living under the ticking clock. In our research we found Chronophobia, the clinical term for a fear of time. This informed all choices from script, casting, locations and design. The dramatic film techniques and imagery, drawn from pop thriller and horror cinema, make the pill easier to digest, while emphasising the mounting pressure building at the back of our heads. They say the key to contentment is to live in the present, but right now’s a pretty fucked up place to be.”

The band – completed by Danio (vocals/guitar) and Tommaso (bass) – originally met at school in Bologna, Italy and are set to play Live at Leeds, Dot to Dot, The Great Escape and various other UK shows this May, including a London show at The Shacklewell Arms on May 6th.

For this week’s FMS playlist, they chose one song for each letter of Husky Loops.

“What an incredible voice. This song can come in at any time in any bar and make me fall in love even with the chair.” ~ Danio

“This song is crazy. Happy Happy Happy. Sad. Sad. Sad… feels like hugging yourself in a festival. I just think it’s crazy. It’s so good.” ~ Danio

S. The Stooges – ‘Down On The Street’

“Energy. I heard this song for the first time when I watched the White Stripes scene in Coffee and Cigarettes. It’s stuck in my head since then.” ~ Danio

“This one has been stuck in my head for quite a while. Looking forward to supporting them on tour this summer.” ~ Tom

“Just one of the most spontaneous vocals we’ve ever heard! EMOTIONS, man.” ~ Pietro

“The simplicity of composition and depth of the lyrics in this album is astonishing. PJ is a remarkable artist I have often looked up to.” ~ Pietro

“No words. Just play it in your room and see what happens.” ~ HL

Husky Loops EP is available now via Alcopop Records. The vinyl includes bonus track, ‘Huskyesque‘, with a limited run of only 300.

You can listen to all Ask the DJ playlists on the FMS Magazine Spotify channel. Find Husky Loops’ playlist HERE. 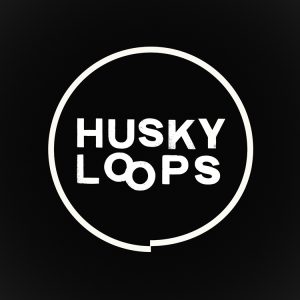