London-based trio, Mt. Wolf, return with their latest single, ‘Heavenbound’, a musically rich and atmospheric track which is accompanied by an ambitious and emotionally powerful video.

Mt. Wolf have experienced much since their formation as a band, including the loss of original vocalist Katie Sproule, who chose to pursue a solo career, and a resulting hiatus for the remaining members, which was announced in 2014. However, the band sustained a strong popular interest and sense of intrigue as a result of their “dreamfolk” soundscapes, which fuse electronica with acoustic leanings and classical instrumentation to captivating effect. Imagine mixing The National and Sigur Ros with James Blake and M83, with touches of Zimmer; but even those esteemed names may not quite capture the essence of their work, as recent single, six minute opus ‘The Electric’ attests to.

‘Heavenbound’ carries the same trademark deep bass grooves and ambient sound that has characterised much of the band’s previous output. The result is a track that has a real cinematic quality and emotional power, punctuated by the deep, drawn out delivery of frontman and bassist Sebastian ‘Bassi’ Fox, who frames the song’s tough lyrical content. The layers of instrumentation and angelic backing vocals are built up as the song moves towards its powerful climax. The result is some of the band’s strongest songcraft and composition work to date, a really positive sign ahead of the release of their debut album next month. Of the track, Bassi says, “Heavenbound deals with the different journeys entangled with death. The song is largely about letting go and moving on.”

The single is complemented by a short film which contemplates the challenging ideas of anger, fear and forgiveness as it charts a man’s final minutes on earth and delivers the hopeful message that love will always conquer hatred, a message which may never have felt more important than it does now for so many across the world. The video was directed by James Ayling of Cape Films and in his opinion, “everyone will have their own interpretation of the video,” as he has left a degree of ambiguity to the underlying story. For Ayling the video embraces the idea that death acts as a force to unite people, but for others death offers a chance for reflection and penance or forgiveness. In doing so, the video both complements and expands on the song writing and storytelling of Bassi and the band.

Mt. Wolf are completed by guitarist, Stevie McMinn and drummer, Al Mitchell. ‘Heavenbound’ is the second song to be taken from their forthcoming debut album, Aetherlight, artwork below, which is due for release on 26 May via CRC Music and can be pre-ordered HERE.

The band are also playing a few shows across the country to launch their album, dates below. 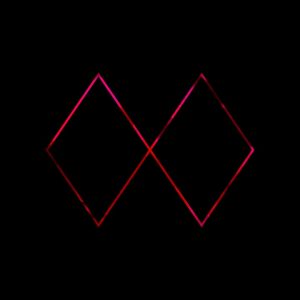