“Lyrically, it’s about all those Ego Maniacs who definitely are not who they think they are,” explains the artist. “I spent a while in the studio trying to nail the production and enhance the emotions behind the lyrics with a more intense instrumental.”

The sophisticated production demonstrates Collier’s increasing skills as an electronic producer, and also inspired her playlist for FMS, “Now I’m finally releasing self-produced records, I have much respect for all the female artists and producers who kick ass at being themselves! These ten tunes are some of my established favourites- a variety of electronica, all with good grooves, vocals and vibes. Special shout out to Grimes and Tokimonsta for the slick production skills.”

“LA chick and producer, Tokimonsta, working it for the female producers!”

“The Heroic riff and beat, combined with gritty vocal make this a no-fail pick me up tune!”

“Synths and super electro sounds hit the spot for me every time.”

“Super cute vocals and empowering on every listen.”

“Scandi Pop Queen, Robyn, telling it exactly how it is – I love the honestly in these lyrics…”

“Dark and chromatic, brave and bold! Love this from Kiwi girl, Miloux.”

‘Paper Tiger’ is out now via NIF Records/Kobalt. 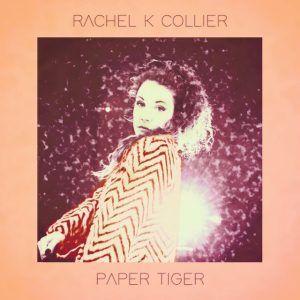