Brighton’s Orchards have unveiled their latest single, ‘Darling’, due for release on April 25th.

Combining left field experimentation with pop sensibilities, the track follows on from earlier singles, ‘Honey‘ and ‘Peggy‘, and highlights the band as one to watch on the alt. pop scene, as evidenced by their stint supporting NYC duo PWR BTTM on the UK and France legs of their European tour. 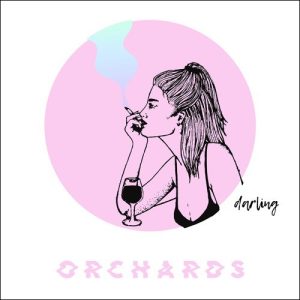