Today sees the release of ‘Belong‘, the latest single by singer, cellist and producer, Izzi Dunn, who sits modestly at the creative forefront of British soul music.

The beautifully, contemplative track is taken from Recycle Love, her first full-length album in six years, and is built around a rigorous framework of multi-layered strings, and speaks to our innate longing to be a part of something more meaningful.

As for her playlist, “There are so many wonderfully powerful protest songs that I love… this merely scrapes the surface of some of my old and newer favourites…”

“If there’s one modern day Artist that is the epitome of protest to me, it’s Saul Williams. His lyrical mastery and skill to convey modern day struggles and injustices is second to none. Not only does he drag you by all your senses, smack you in the face, forcing you to open your eyes to the world and all it’s corruptions and hypocrisies, but he makes you wanna get the f*ck up, inform yourself and do something about it!

“Burundi begins with grandiose chords… triumphant but foreboding, almost taunting you not to get too comfortable as they soon give way to his unrelenting arsenal of rich wordplay & imagery. He then picks a fight with a beating heart of almost anxiety inducing marching drums! ‘I’m a candle, I’m a candle, chop my neck a million times I still burn bright and stand yo’- Defiant, Powerful, Enraged Protest at its best!”

“The title says it all! A classic… As soon as I hear that guiro intro… then that groove! And if that’s not enough, it’s the baddest bassline… a joy to play on the cello! The song is universal … its message resonates … a call to arms…”

3. Labi Siffre – ‘I Don’t Know What Happened To The Kids Today’

“I’m not sure if this totally qualifies as an obvious protest song or more of a social commentary from the point of view of an army veteran, but to me it’s a protest against the folly of youth, which is scarily prophetic and just as relevant now as it was over 40 years ago. The repetitive, hypnotic guitar rift allows his frustrated and despairing voice to appeal emphatically to them (the kids) and to you the listener… I find myself almost conflicted with sympathising and feeling slightly defensive, stuck somewhere between generations whilst totally identifying with his message. Then from out of nowhere the outro is the NUTS! An anarchic dynamic whirlwind of strings!”

“If you know, then you know! The Original Brit MC Legend drops the realness to devastating effect! From his seminal 1995 album ‘Psychological Enslavement’ …Raw, confrontational and blisteringly blunt, he GOES THERE! … ‘Spit in the governments face’. On the Police- ‘ those f*ckers got no heart, I’d like to see them start their shit in Brixton or Mozart’. I remember when I first heard his voice and his lyrics, he blew me away… plus, he was the first Rapper I’d ever heard with an English accent… a hugely underrated Artist… Then and always, a true Revolutionary.”

“Beautifully sung and set to the words of the great Maya Angelou, this is maybe more of  an empowerment song, but to me protest none the less. It takes such an emotional, understated yet powerfully uplifting stand against injustice and oppression. I dare you not to cry when you hear this!”

“This puts fire in your belly, makes you wanna get up and do 10 rounds with Mayweather, or march straight down to Whitehall militantly ‘ coz I’m F*cking ANGRY!!! ‘Resist, pump a fist, break up the static, smash all this plastic to bits, become a pro at being anti to this bullshit’… She goes deep… This is my hype song, … the unison guitar stab bassline is killer… I love the cowbell and percussive spaces in between the stabs… Love this lady and her lyrics… a wonderful wordsmith.”

“This was my first real intro into ‘protest’ music growing up. I must’ve played this album a thousand times, it was pretty much a soundtrack to my teenage years! The whole album tackled subjects very new and unfamiliar to a girl growing up in a small seaside town.. I wasn’t ready! This album helped open the doors to finding many other ‘socially conscious’ artists that have inspired me through the years.”

“This is easily the most ‘in your face’, ‘fuck you’, middle finger up to the Establishment and the Government that I have heard in recent times. Who else could deliver so eloquently such cynical and deadpan lyrics, ‘ If you don’t like it then leave or use your right to protest on the street. Yeah, use your right but don’t imagine it’s heard, C*nts are still running the world’. He’s a genius mutinous hero!”

9. Richard Hawley – ‘The Streets Are Ours’

“Another choice that may not be particularly considered a ‘protest’ song. Maybe it’s just the title that speaks to me, the wonderfully engulfing sweeping 60s wall of sound definitely evokes a romantic nostalgia more than maybe my interpretation, but I love that juxtapose… the subtle darker undercurrent of protest and anarchy that I get from it… ‘They make our TVs blind us from our visions and our goals, but do you know that tonight the streets are ours?'”

10. Gil Scott Heron – The Revolution Will Not Be Televised

“As tough as I’ve found it narrowing down so many amazing songs, the list for me, could not be complete without this man and this classic. A huge inspiration to me, this song perfectly and poignantly, protests and jibes at Society’s political apathy and passiveness at addressing the real issues of the day. His amazing sing/rap style also inspired me greatly to experiment more myself with faster and more intricate wordplay and flow, and to fine tune my ears to appreciate more the nuances and skillful art of the MC. Funky as hell, you dance & nod your head whilst ironically and maybe subliminally soaking in this powerful message.”

‘Belong’ is out now. Recycle Love follows this March 2017. 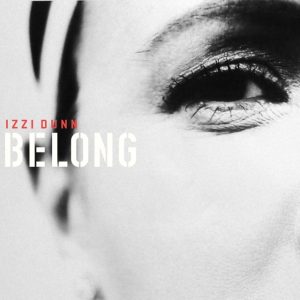