London based DJ/producer, Joshua James, has been quietly carving out a name for himself as a resident DJ on the London underground over the last few years. As a solid selector and purveyor of all things house and techno, he has made his mark at queer, cult night Savage. Lucy Fizz, resident dancer at Savage, stars in the video for ‘Flux’, one half of his double A side debut single ‘Bang/Flux’.

Following his Room 2 takeover at XOYO, during Heidi’s ‘Jackathon’ residency in 2016, James returned in April this year, to the newly refurbished Room 2, to play all night long for The Black Madonna’s We Still Believe residency. Joshua has also been in the studio, remixing artists including Beth Ditto, Nimmo, Klyne, KDA, Boxed In, The Very Best, Rozi Plain and London Grammar as well as working on his own original productions.

As for his playlist for FMS, “What do you mean ‘that’ face??? These are a select few of the records I own that make me do that sneer, that mouth/nose scrunch when that bass line kicks in and you go from grape to raisin within seconds. It’s the face that as a DJ you want to have staring right at you when a cowbell starts ringing in their ears.” Check it out.

“This little doozy is always a life saver, it makes a dance floor levitate and your face scrunch up like a walnut.”

“Ooooooft….  A mate of mine, Scottee, is a phenomenal performance artist.  He convulsed and vomited red wine on a white table cloth to this record at this mental fetish club in an old church… It elicits the same insane response every time I hear it. Total melter.”

“Obvious choice… but I’ve pulled ‘that’ face a million times to this record and recreated the video a million more times.”

“I saw Jackmaster play this a few years ago… Had my back against the sub and my face on the floor. I was ‘THAT’ person with ‘THAT’ face. Priceless.”

“This corker from 1988 has been doing the business as long as I’ve been alive… Its re-issue on Clone Royal Oak reignited my love for a massive ‘80s kick. I’m sneering with joy while this is on in the background.”

“All day, all night and all week to be honest.”

“When that cow bell really makes itself known, this is hands down one of my favourite records of all time.”

“Rahhhhh, everything great in the world smashed into one record. When that vocal slams in I look like I’m chewing a wasp.”

“This is 1.18 mins of pure lip pursed head nodding joy. The whole album, Chinoiseries Pt 1., is total fire. Put this album on to sneer to in that Uber home. Joy.”

Joshua James’s double A side single, ‘Bang/Flux’, is out now via Three Triple Two.

You can listen to all Ask the DJ playlists on the FMS Magazine Spotify channel. Find Joshua James’s playlist HERE. 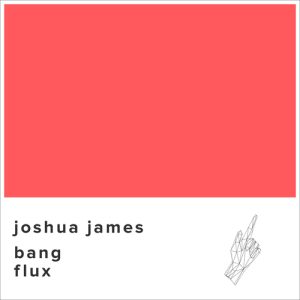