Inspiration is varied – “David Lynch, Gorillaz, Tintin, travels, my vinyl disc collection and my synthesizer” – with latest single, ‘Ocean’, picking up on at least one of those themes, “You have the privilege of travelling around the world in this line of work and also the journeys you take in your own head,” said the artist. “One of the lyrics in ‘Ocean’ says, ‘Japan is my new direction’. I love that country and hope to take my sound even further there.”

Debut album, Dream Culture, due for release on September 30th, is a mix of pop and electro tracks. “I like to mix these two styles. The album can be divided in two parts: one ‘pop’, including singles to be played on the radio; one ‘dark’, including club music.”

As for his playlist below, “Please enter my musical world in video. Image and sound makes an inseparable whole to me. I am fond of bands who are able to perfectly connect these two things together. Understanding of the project is therefore complete. I have always been passionate by what image could bring to sound and sound to image.” Check it out.

Kid Noize also runs his own record label, Black Gizah Records, and is open to submissions. 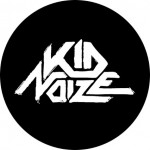