Ask the DJ: LCAW – 10 Tracks That Should Have Been In an Episode of Black Mirror

Today sees the release of LCAW‘s ‘Hummingbird feat. Sophie Ellis-Bextor‘ – the first track to be taken from his debut EP, Meet In The Middle, due out in March.

“’Hummingbird’ is a very personal track with a more downbeat vibe, I think this is one of the main reasons Sophie instantly felt connected to it,” explains the 23 year old from Munich (aka Leon Weber), who began his journey in classical music, and training as a Cellist and Pianist before developing into a renowned electronic producer. “Her voice has such a unique character and she added a whole other dimension to what I had made before we met.

“We had the recording session in a small studio in Notting Hill which hosted writing sessions for the likes of Adele, James Blunt and Lana Del Rey and it felt like there was a very special atmosphere. ‘Hummingbird’ will mark the start of a fresh style for my music in 2018, a modern approach to disco & funk infused dance music and I’m very happy that Sophie is part of it. Putting together my debut EP has been an incredibly exciting time for me and I can’t wait for you to hear the results!”

Check out the 10 tracks that should have made it into an episode of Black Mirror… in his opinion, obviously.

“Timeless song, timeless lyrics, definitely should have been in an opening scene of a Black Mirror Episode.”

“Yes it is okay to cry and I think all the Black Mirror episodes made me want to cry.”

“Only few make such sophisticated and next level art pop like Charlie XCX. I could live with this being the future.”

“The music video to this track is an actual Episode of Black Mirror.”

“’We are all custom made’”… Just wait for the future. (Fun Fact: I just released a track with WhoMadeWho)”

“Well, I guess this is the episode’s tipping point. ‘Oh baby, you’re having a bad dream, here in my arms…’”

“It took me two Episodes of Black Mirror to tape off my MacBook camera.”

“After finishing (binge watching) Black Mirror I definitely felt like running away and hiding under some rocks. This track should accompany the scene where the main character is running from BIG BROTHER.”

“Final Showdown, the fight, you against the future, good vs evil… what would television be without some action.” 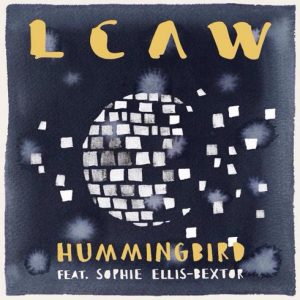